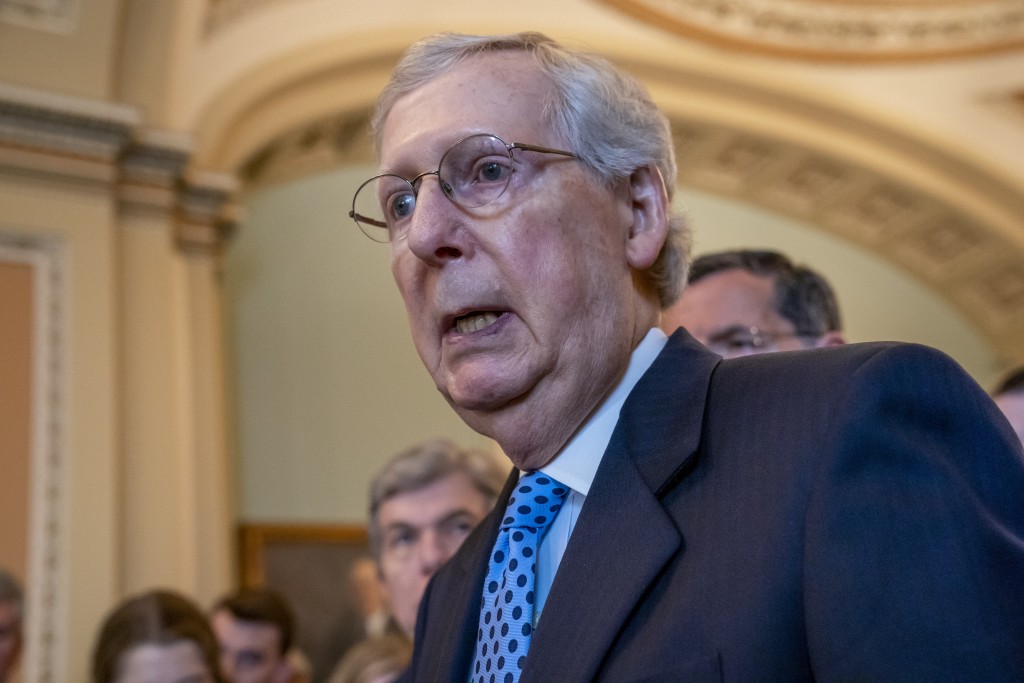 WASHINGTON (AP) — After more than a decade's absence, the case for reparations is returning to Capitol Hill, this time amid a growing discussion in the Democratic Party about what the country might owe to the descendants of slaves in the United States.

Actor and activist Danny Glover and writer Ta-Nehisi Coates are among the witnesses expected to testify at a hearing Wednesday of a House Judiciary subcommittee. The stated purpose is "to examine, through open and constructive discourse, the legacy of the Trans-Atlantic Slave Trade, its continuing impact on the community and the path to restorative justice."

Coates triggered fresh public debate about reparations with his essay "The Case for Reparations," published in The Atlantic magazine in 2014. He said in an interview he was reluctant to testify but felt "some responsibility to make that case before Congress."

"One of the things I was trying to do when I wrote that was to get people to stop laughing," Coates said. "Right now, this is a moment. I think folks are really clear about that right now. That doesn't mean it's going to get fixed next week."

Reparations has been moving toward the mainstream of the Democratic Party after long being treated as a fringe issue. Several of the party's presidential candidates have endorsed looking at the idea, though they have stopped short of endorsing direct payouts for African Americans. Yet the idea remains far from widely accepted, both among Democrats and the public at large.

Senate Majority Leader Mitch McConnell said Tuesday that he opposes reparations, telling reporters: "I don't want reparations for something that happened 150 years ago. . We've tried to deal with the original sin of slavery by passing civil rights legislation" and electing an African American president, Barack Obama.

"It would be hard to figure out who to compensate" for slavery, the Kentucky Republican said, and added: "No one currently alive was responsible for that."

Republicans have invited two witnesses to Wednesday's hearing. One is Coleman Hughes, a young columnist who has rejected reparations and affirmative action. The other is Burgess Owens, a former Oakland Raiders football player and Super Bowl champion, who recently wrote a Wall Street Journal editorial eschewing reparations. "Proponents of reparations act as though black Americans are incapable of carrying their own burdens, while white Americans must bear the sins of those who came before," he wrote.

The debate over reparations for black Americans began not long after the end of the Civil War, and was long defined as financial compensation for ex-slaves and their descendants. Opponents of reparations often frame the issue as an unfair solution that places the blame or burden of the legacy of slavery on white Americans who were not alive at the time and were therefore not responsible.

Supporters point to racial disparities across Americans society as proof that while whites living today were not responsible for what came before, they have nonetheless benefited, just as black Americans have experienced the lingering effects of the slave system.

Sen. Cory Booker of New Jersey, who is among the Democratic presidential candidates, will be among the witnesses at Wednesday's hearing. In his prepared testimony, he says the U.S. has yet to "truly acknowledge and grapple with the racism and white supremacy that tainted this country's founding and continues to cause persistent and deep racial disparities and inequality."

Booker said it's time to develop proposals to "right these historical wrongs and balance the scales of economic justice."

Lee also pushed for Wednesday's hearing, the first in Congress on reparations since 2007. It coincides with Juneteenth, a cultural holiday commemorating the emancipation of enslaved black people in the United States.

Whack is The Associated Press' national writer on race and ethnicity. Follow her work on Twitter at http://www.twitter.com/emarvelous .