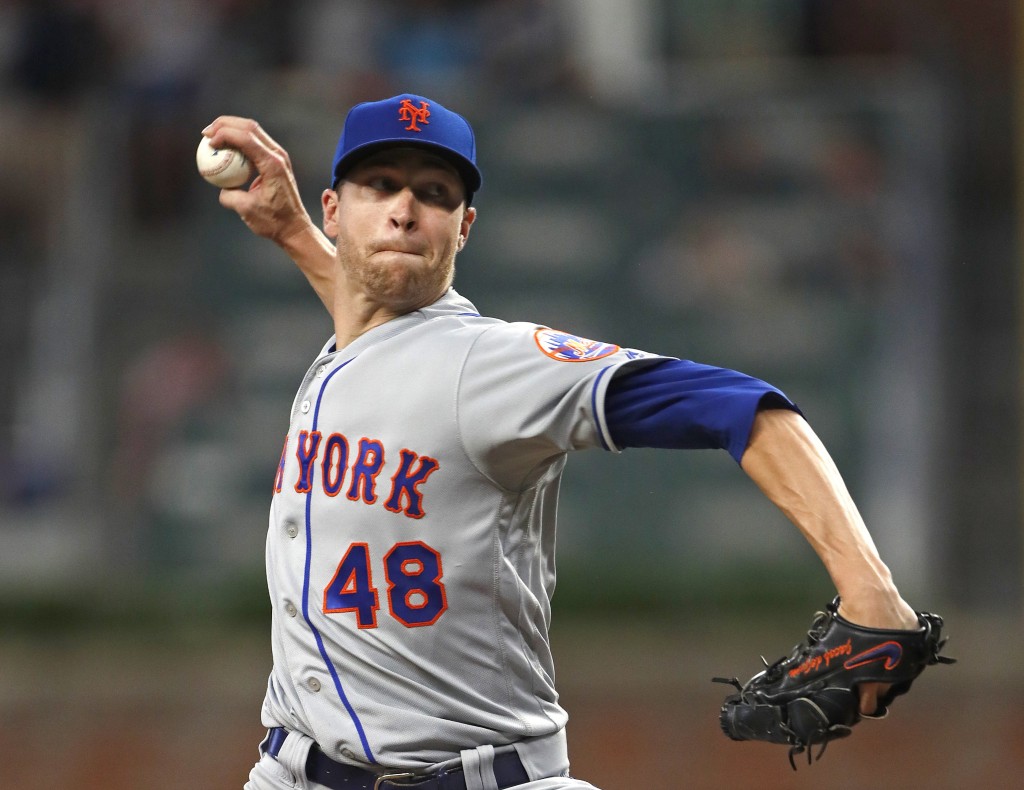 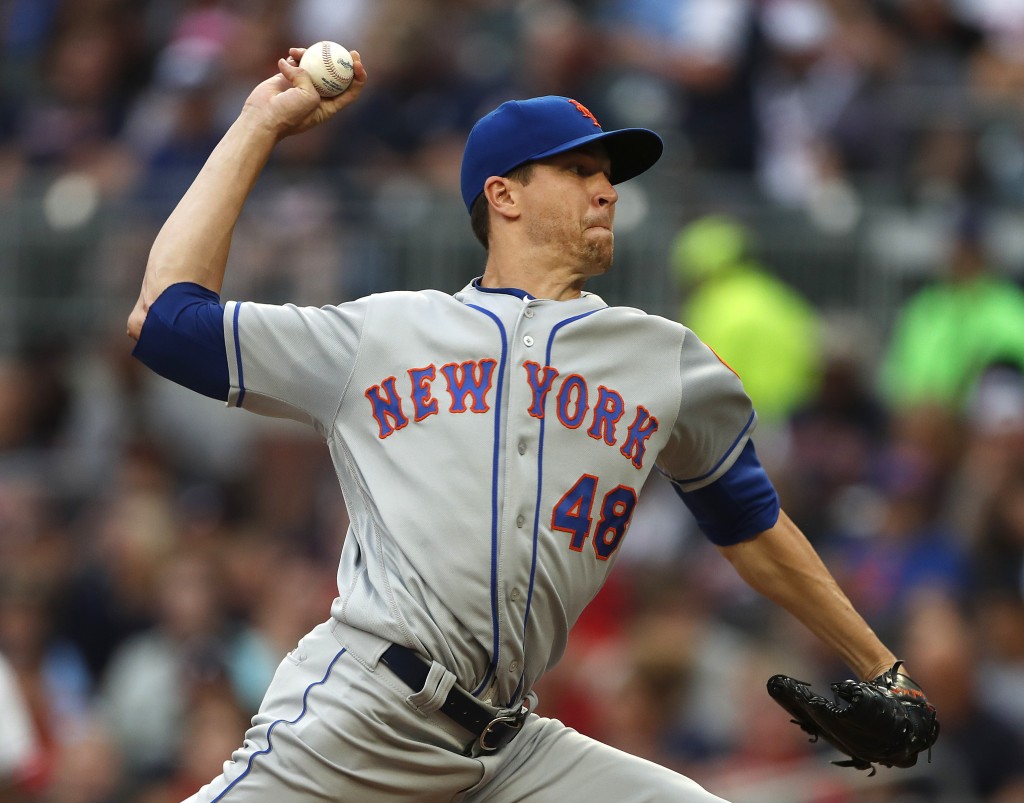 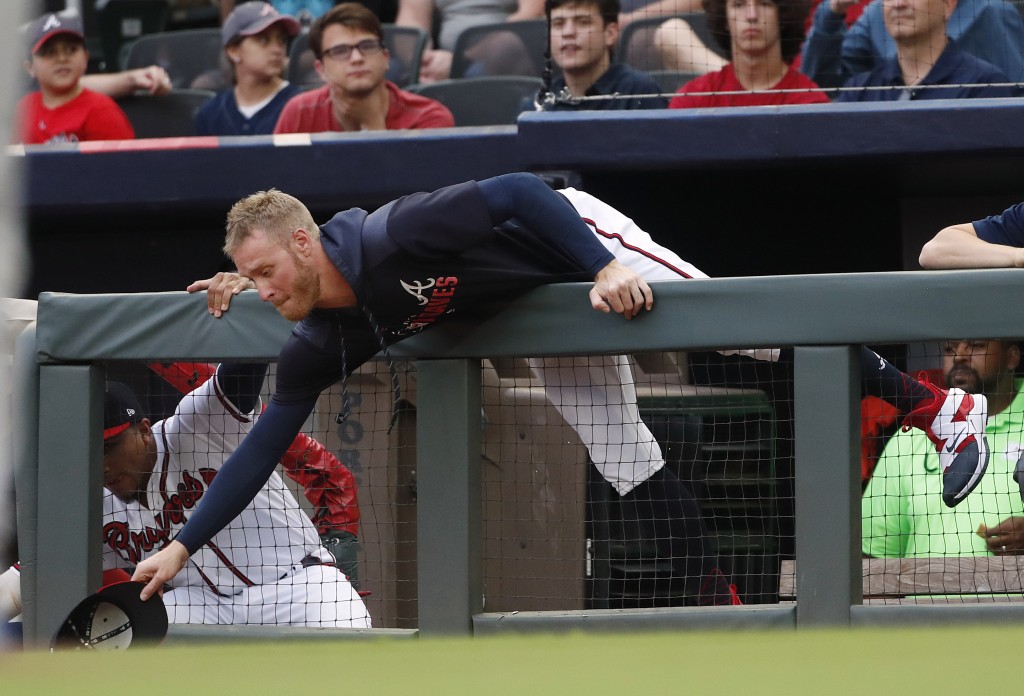 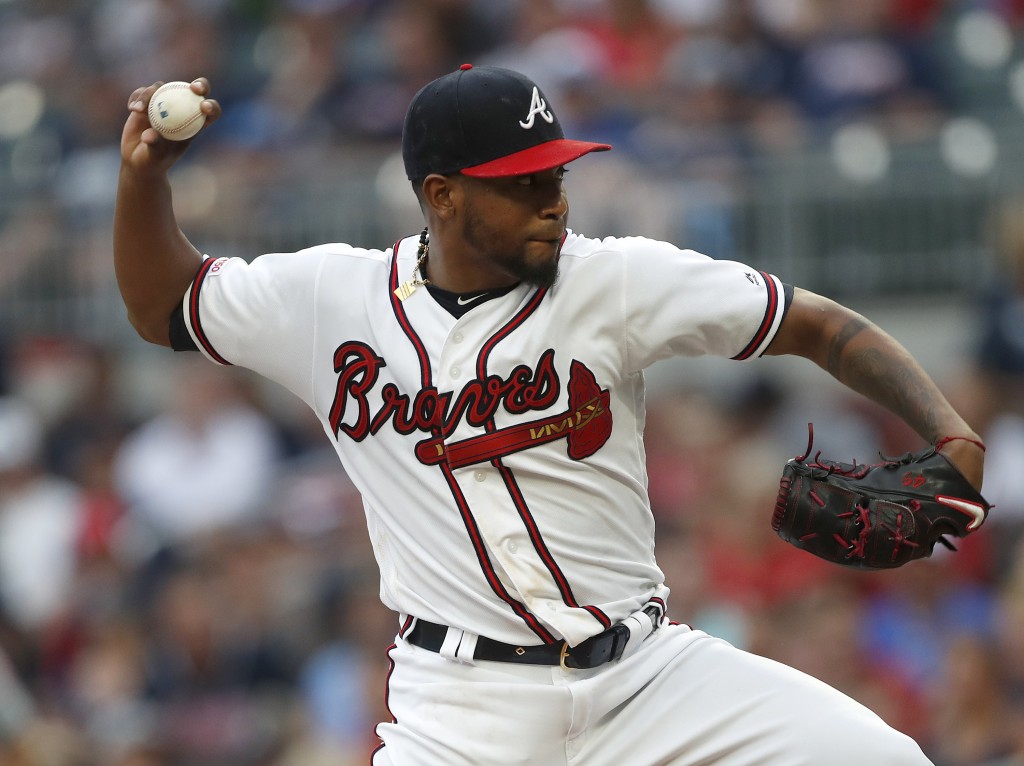 Bouncing back from an ugly 12-3 loss in the series opener, the Mets pounded Braves starter Julio Teheran for six runs over four innings and cruised to a victory that eased some of the tension from a disappointing season.

DeGrom (4-6) dominated a potent Braves lineup that powered the team to 10 wins in its previous 11 games. The 2018 NL Cy Young winner allowed just five hits, struck out 10 and helped himself at the plate, leading off the sixth with a double and coming around to score.

Freddie Freeman and Josh Donaldson hit back-to-back homers off deGrom in the ninth, ending a bid for the second shutout and fourth complete game of his career. Robert Gsellman came on for the beleaguered Mets bullpen to strike out the final two Atlanta hitters.

After a team meeting before the game, Alonso's RBI double in the third sparked a four-run outburst that got the Mets rolling toward just their second win in six games. The rookie first baseman finished off Teheran with a two-run shot in the fourth, launching a 426-foot drive over the center-field wall to give New York a 6-0 lead.

Alonso also had a double in the first, a walk in the sixth and an infield single in the seventh to complete his big night. In addition to three RBIs, he scored three times.

Michael Conforto added another long homer in the eighth, driving one toward the Chop House restaurant in right field while Matt Joyce barely moved as the ball sailed over his head. Jeff McNeil went deep in the ninth to finish off the 15-hit barrage.

Conforto and Todd Frazier both had two RBIs. McNeil chipped in with three hits, and every Mets starter had at least one.

Mets: LHP Justin Wilson was scratched from his rehab appearance at Triple-A Syracuse because of tightness in his elbow. Wilson was 1-1 with 4.82 ERA in 10 appearances for the Mets before he went on the injured list with left elbow soreness. ... RHP Jeurys Familia was placed on the 10-day injured list with a bone spur in his pitching shoulder after giving up three runs and recording only one out in a 12-3 loss to the Braves on Monday. He is 2-1 with a 7.81 ERA in 29 games for New York.

Braves: RHP Kevin Gausman will head to Atlanta's spring training complex in North Port, Florida to continue his rehab from plantar fasciitis in the right foot. He will work toward returning to the Braves as a starter, though his future may be in the bullpen after Dallas Keuchel joins the Braves rotation, perhaps by this weekend.