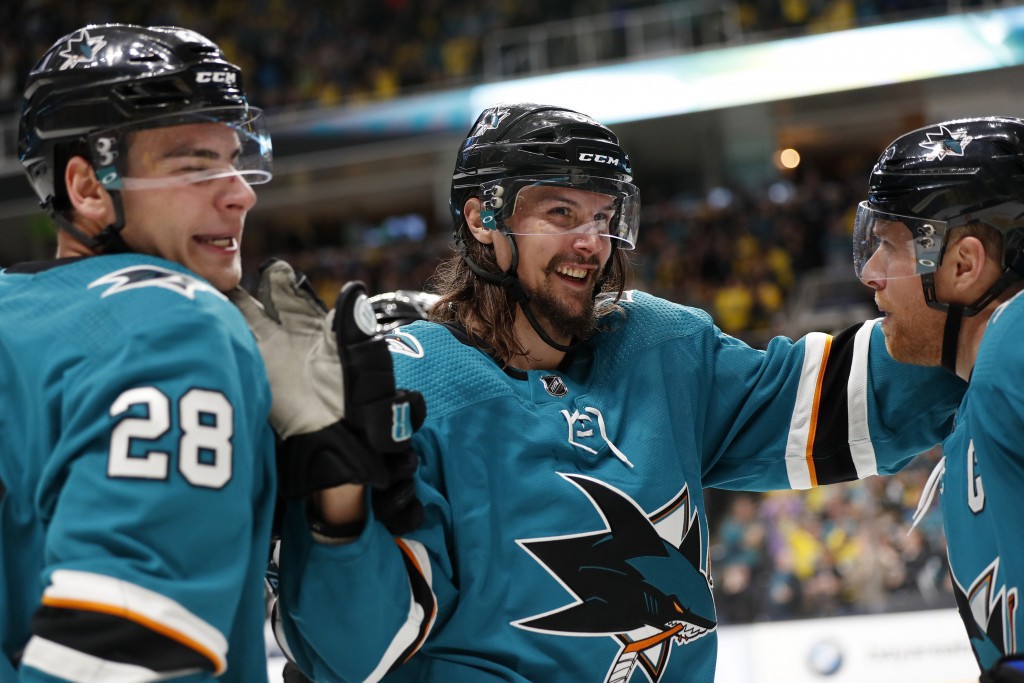 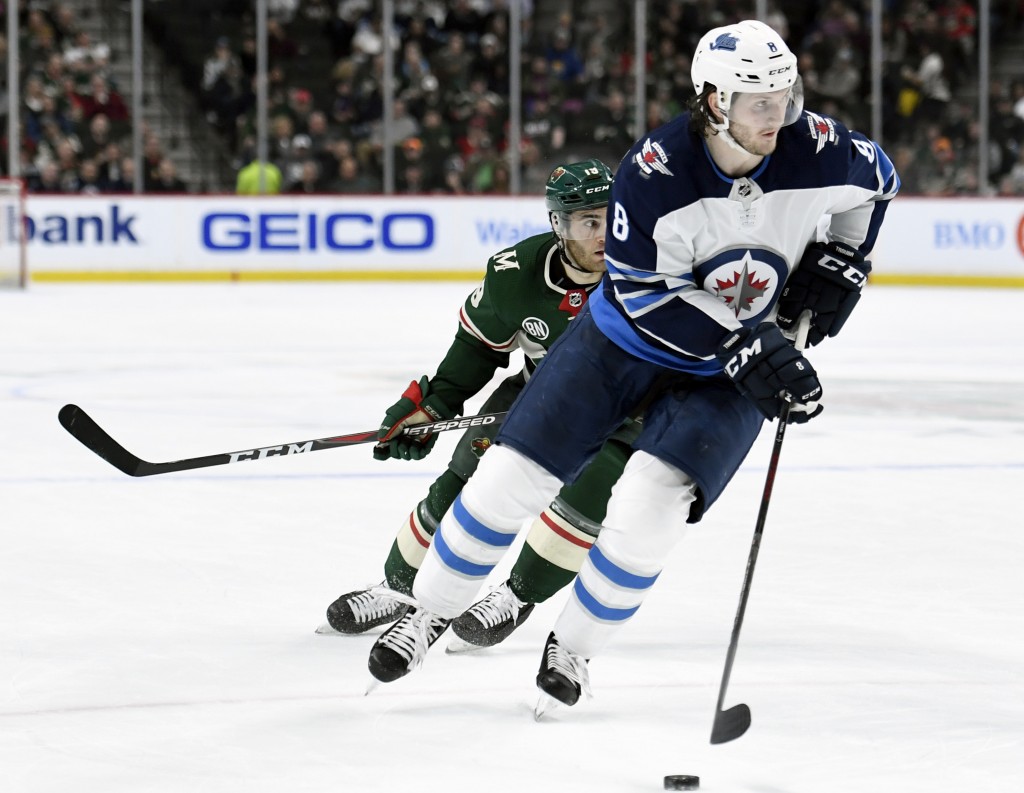 Erik Karlsson had no wanderlust to test the free agent market before re-signing in San Jose.

"I never thought outside that box," Karlsson said. "I'm happy that it didn't get to that."

A handful of other teams aren't so happy because the two-time Norris Trophy winning defenseman would've been the best unrestricted free agent available. Karlsson signing a $92 million, eight-year contract with the Sharks is the first big domino to fall since St. Louis won the Stanley Cup because of all the ramifications it could have on the NHL offseason.

With Karlsson off the board, any team looking for a No. 1 defenseman has to either hope veteran Alexander Edler doesn't re-sign with the Canucks and win that bidding war or go the trade route. Salary-cap concerns for San Jose, Washington and a handful of other Cup contenders could open the door to some significant player movement even before free agency starts July 1.

"I think there's been more conversation, more communication between the GMs in the last month than maybe ever since I've been a GM," San Jose's Doug Wilson said Monday. "There's so much competition, especially for the high-end player. ... There's a lot of things going on."

Already the Capitals have cleared cap space by trading defenseman Matt Niskanen to Philadelphia for Radko Gudas and used some of it to re-sign winger Carl Hagelin , the Islanders re-signed forward Brock Nelson and Jordan Eberle and the Flyers acquired the rights to pending free agent Kevin Hayes from the Jets and the Rangers traded for Winnipeg defenseman Jacob Trouba .

The trade talk is just heating up ahead of the draft Friday and Saturday in Vancouver. Pittsburgh's Phil Kessel, Evgeni Malkin or Kris Letang and Nashville's P.K. Subban are among the high-profile players who could be on the move.

Many of those moves will set the table for free agency, where Columbus winger Artemi Panarin, center Matt Duchene and goaltender Sergei Bobrovsky are the top three players available.

Sakic's Avalanche have the most projected cap space in the league with $36 million, according to PuckPedia . The Flyers and rival New Jersey Devils, New York Rangers and Islanders will also have cap space to burn and a need for an elite defenseman or two.

"They're not easy to find," Philadelphia GM Chuck Fletcher said. "Certainly, if we can find a guy that can play in our top four that we'd have the ability to acquire, we'll certainly look at it."

"Obviously one team's going to indicate to us exactly how it might go for the rest of the draft," Gorton said. "I think we're in a good spot. We know that we're going to get a really good player no matter what happens to us."

Chicago picks third and will get a nice boost to aid its turnaround after missing the playoffs the past two seasons.

"Under a cap system, choices and decisions need to be made," Wilson said, not ruling out bringing back Pavelski and others. "I don't think anybody should rush to conclusions on anything. There's many ways to accomplish different things."

RUSSIAN PACKAGE DEAL: Panarin and Bobrovsky played together with the Blue Jackets for two seasons and are hitting free agency at the same time. When Panarin switched agents to be represented by Bobrovsky's agent, Paul Theofanus, it raised eyebrows that the Russian countrymen might want to go to the same team.

With some creative roster work, the Florida Panthers could be the ideal landing spot for Panarin and Bobrovsky and go from close to the playoffs to real contenders.

CAPITALS CONCERNS: Even though Alex Ovechkin and the Capitals are no longer reigning Cup champions, Hagelin insisted he wouldn't have signed an $11 million, four-year contract with them if he didn't think they could win it again over that time. To do so, GM Brian MacLellan will have to navigate a difficult cap situation around pending free agent winger Brett Connolly and restricted free agent Andre Burakovsky and knowing deals with center Nicklas Backstrom and goaltender Braden Holtby expire next summer.

"I hope "(Connolly and Burakovsky are) still here," Hagelein said. "But at the end of the day, Conno, he's a UFA so it's up to him what he wants. You understand if a guy tests the market to see what's out there. But I hope both of those guys come back. They're good friends and, obviously, great players."