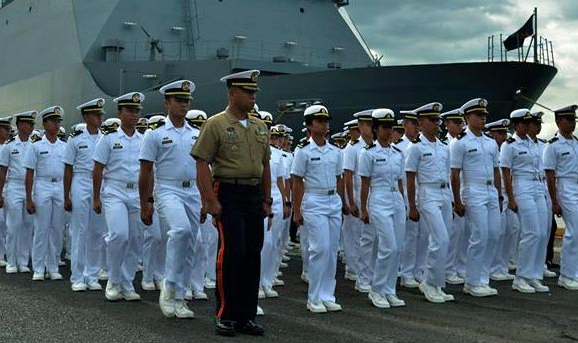 TAIPEI (Taiwan News) – The Philippine Navy celebrated the 121st anniversary of its founding on Monday (June 17) with announcements of new equipment and capability upgrades.

According to a government press release, the Philippines commissioned its first two AW-159 anti-submarine helicopters and its first four Hanwha Techwin amphibious assault vehicles on Monday to coincide with the anniversary.

During an address at the event, Vice Admiral Robert Empedrad also announced further vehicle procurements scheduled for July, which include 15 multi-purpose attack crafts (MPACs), 6 of which will be armed with Spike-ER missiles, reports the Philippine News Agency.

The vice admiral also announced that South Korea will be donating a Pohang-class corvette to the Philippine Navy. Empedrad said a crew of 60 is finishing training on the ship now, and that the corvette should be in service by July.

"The ship will be named after a Korean War hero, Capt. Conrado Yap, and will sail to the Philippines before the end of July. It has two 76mm guns and two twin-barrel 30mm guns, it also has torpedo launchers and sonar capabilities that can detect submarines."

An article from the Philippine News Agency states that many of the new naval assets are expected to be deployed immediately around Mindanao to help expedite the end to an insurgency that has been ongoing in the region.

In addition to the corvette donated by South Korea, the Philippine Navy also announced plans to purchase two new corvettes for a price tag of US$535 million dollars. According to Naval News, other projects are also in the works, including the purchase of two submarines, shore-based missile systems, and upgrades for the navy's two patrol vessels.

In late May, the Philippine Navy successfully carried out a test launch of the first of two new missile-equipped frigates built by South Korea's Hyundai Heavy Industries. The BRP Jose Rizal (FF-150) is expected to be in service by September 2020, with its sister ship the BRP Antonio Luna joining it in early 2021.