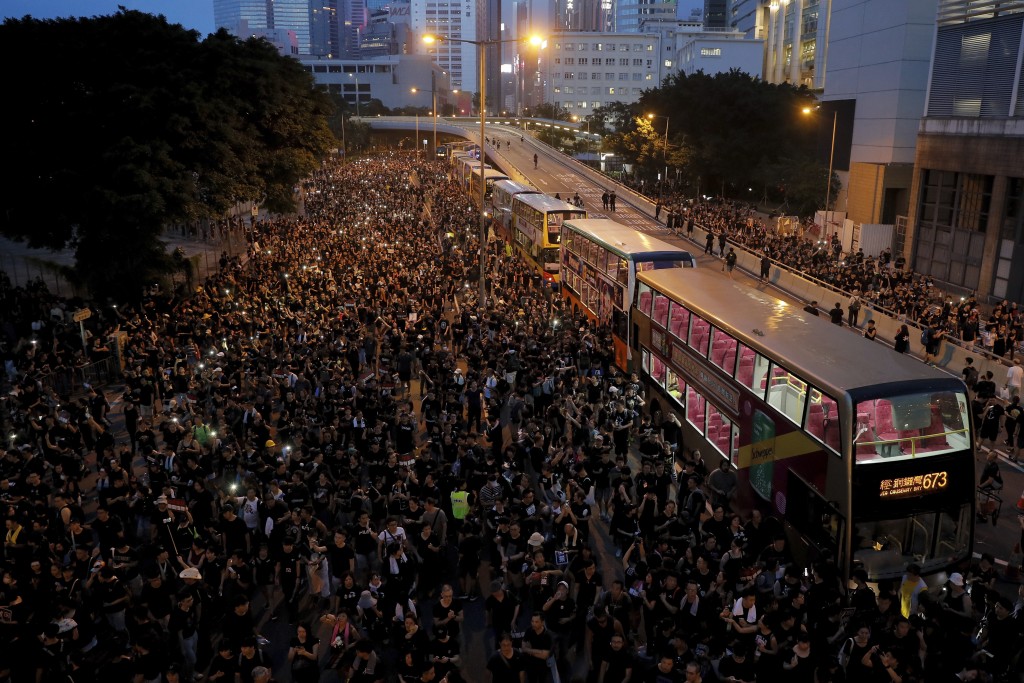 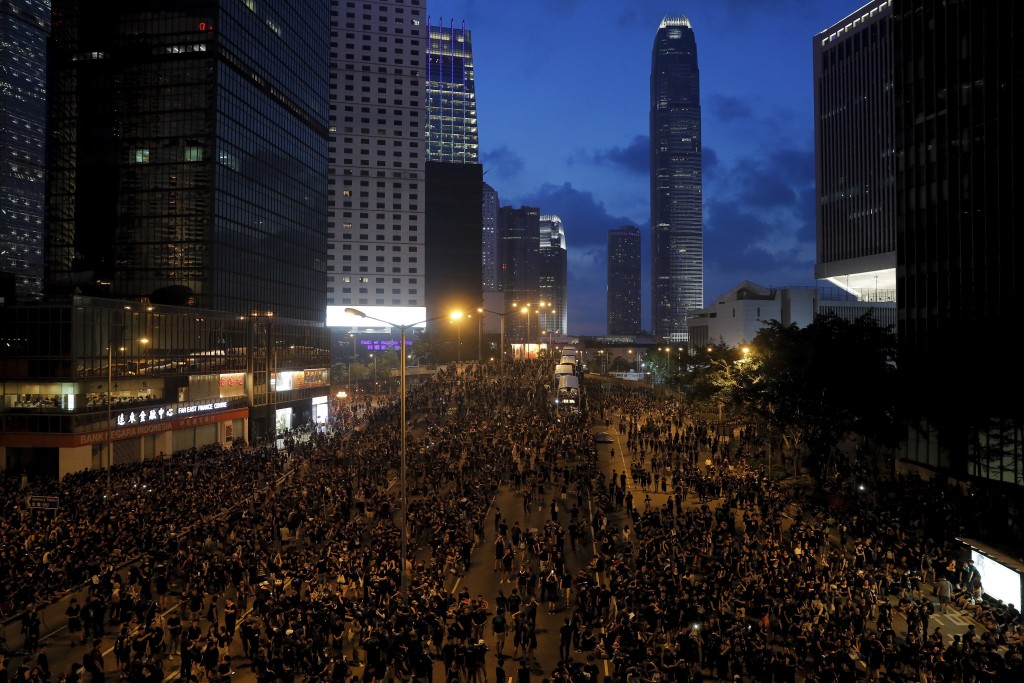 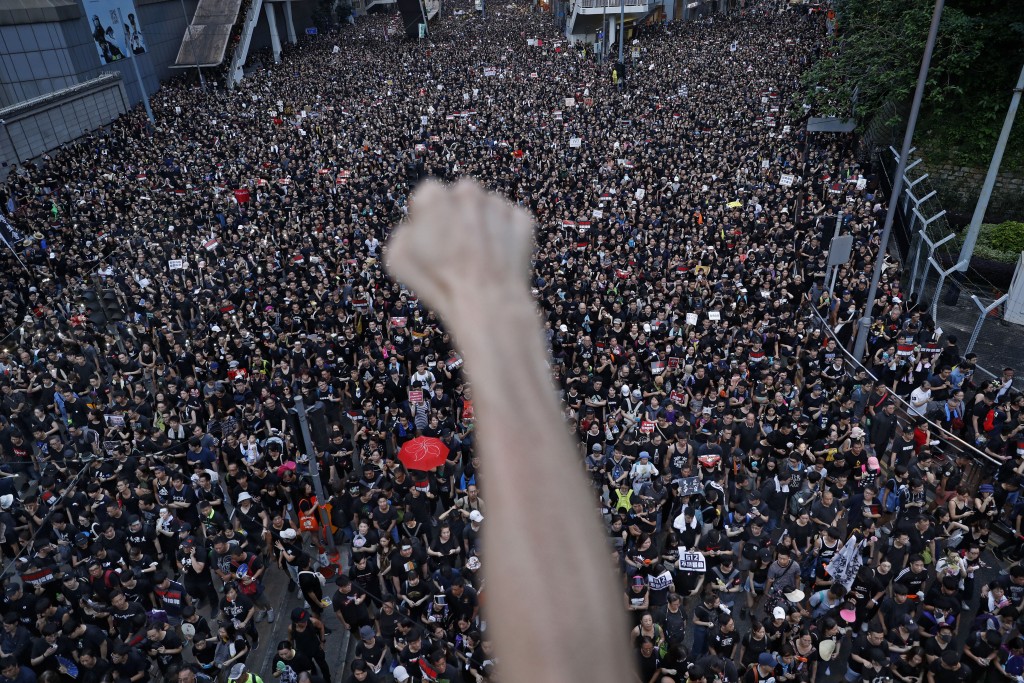 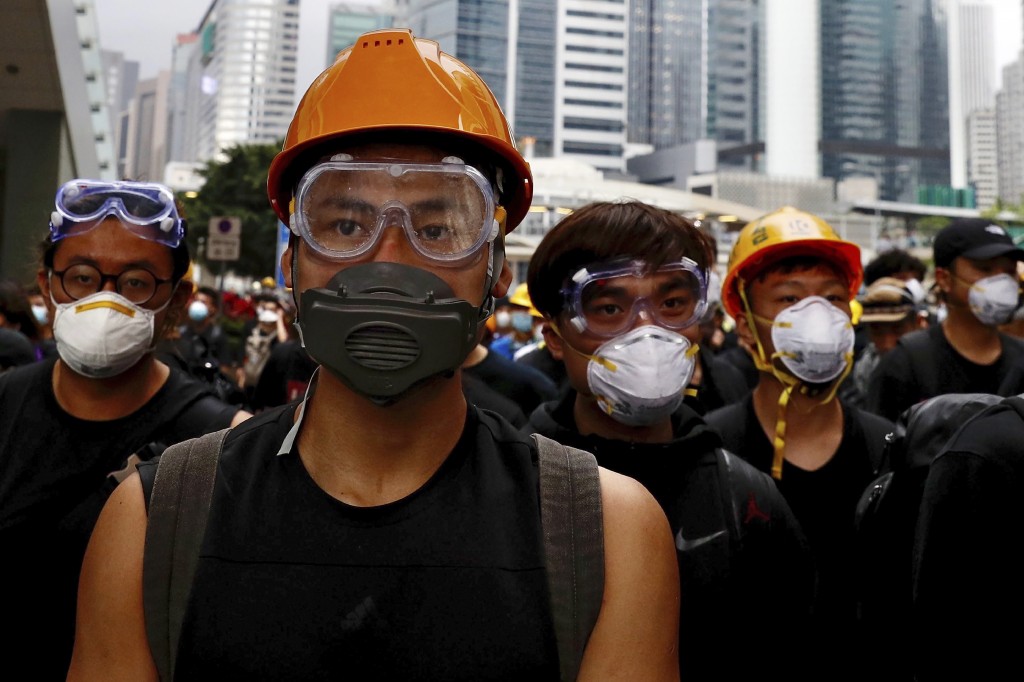 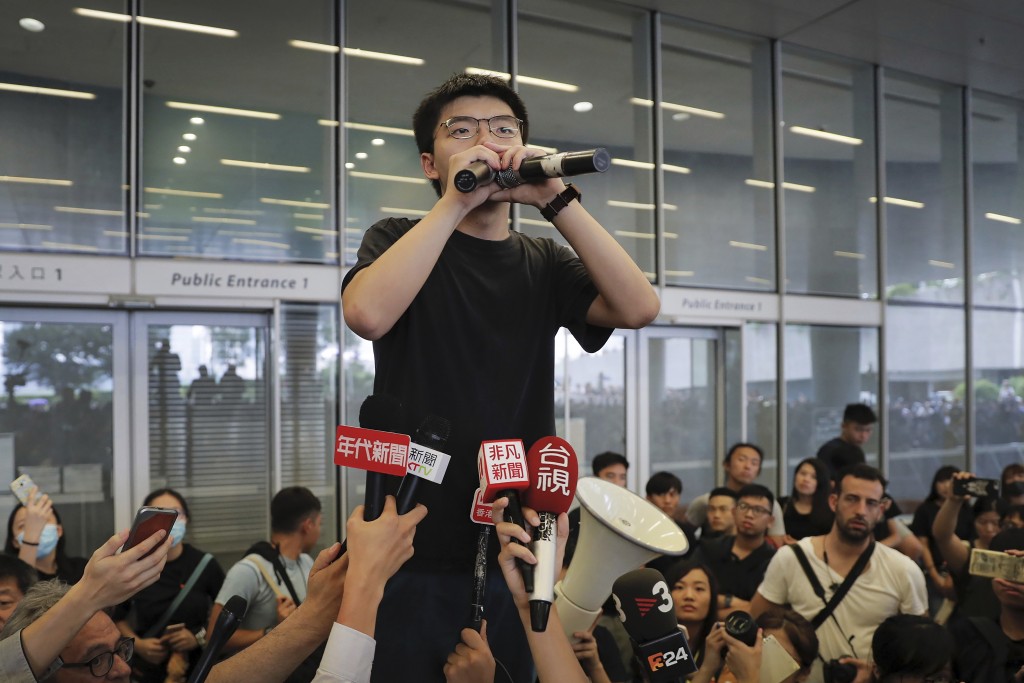 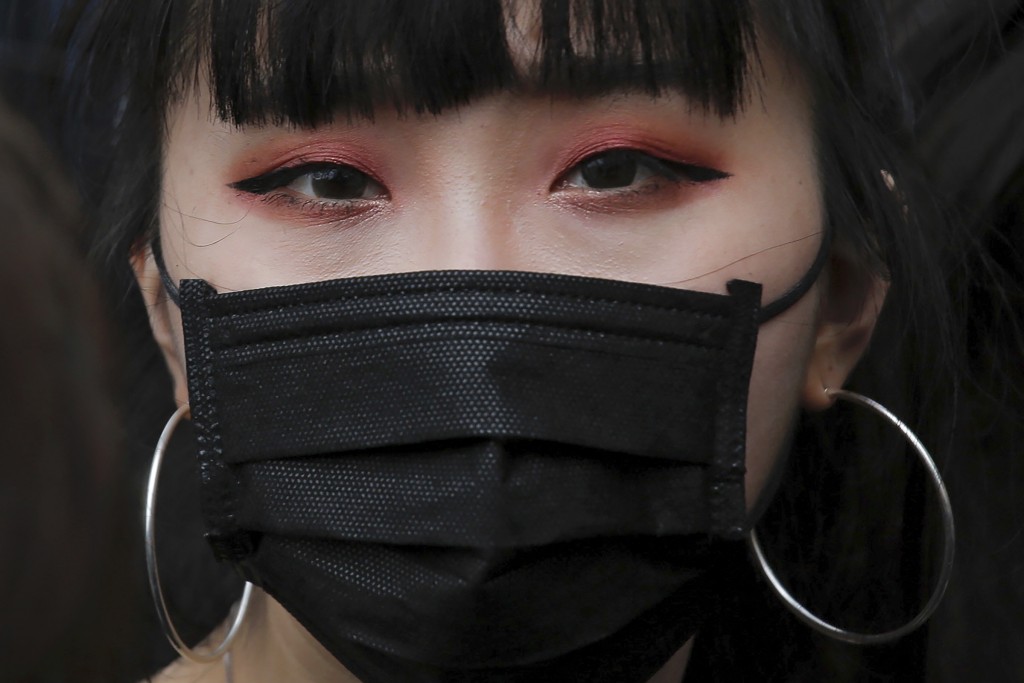 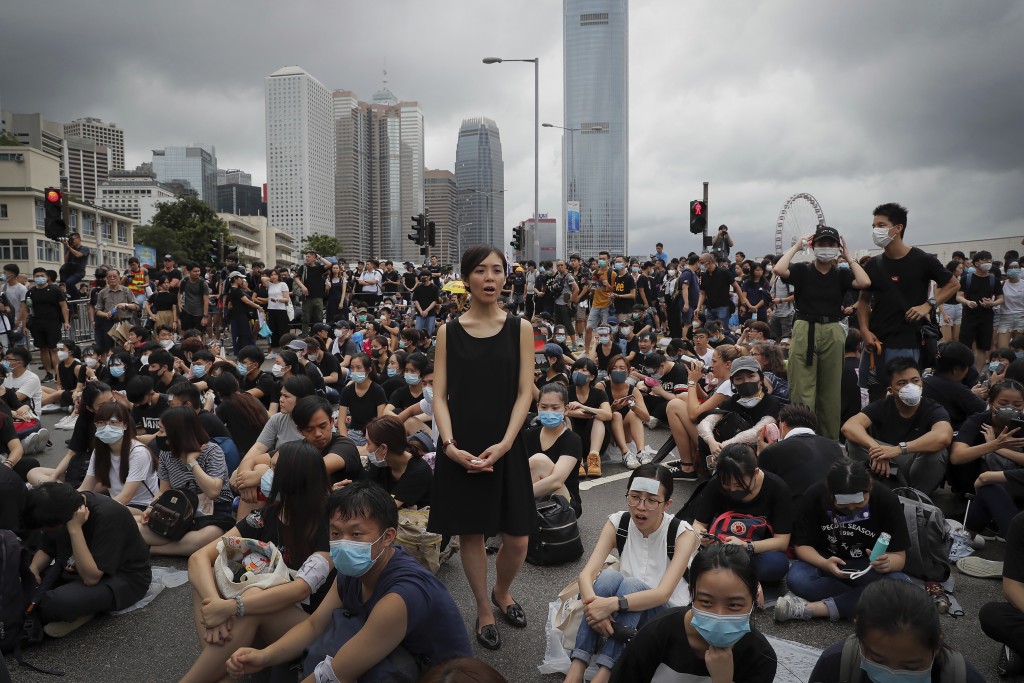 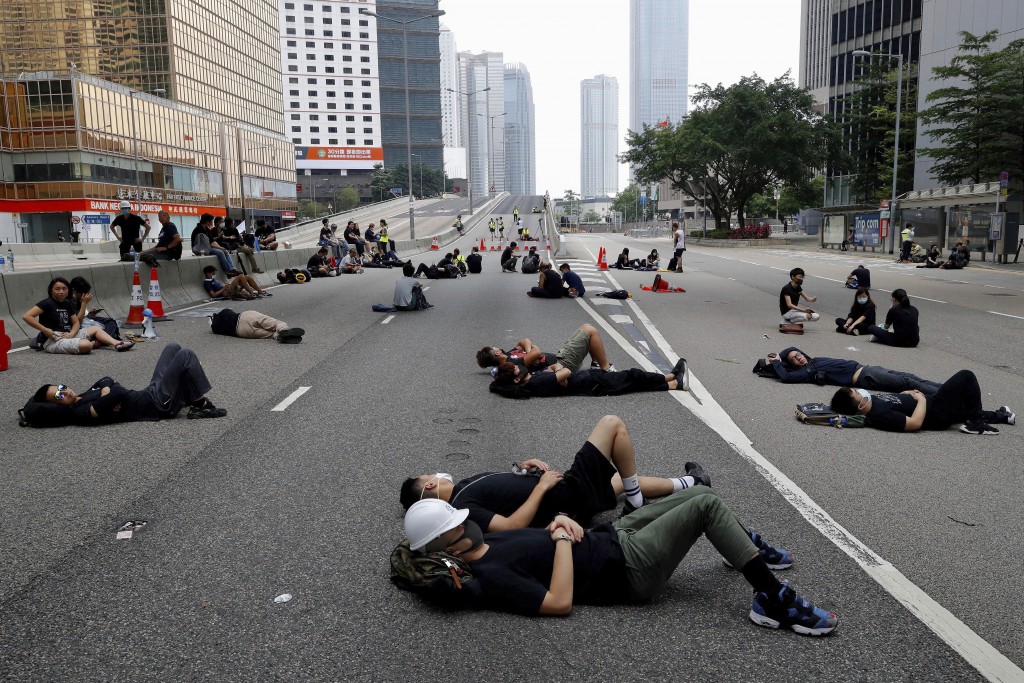 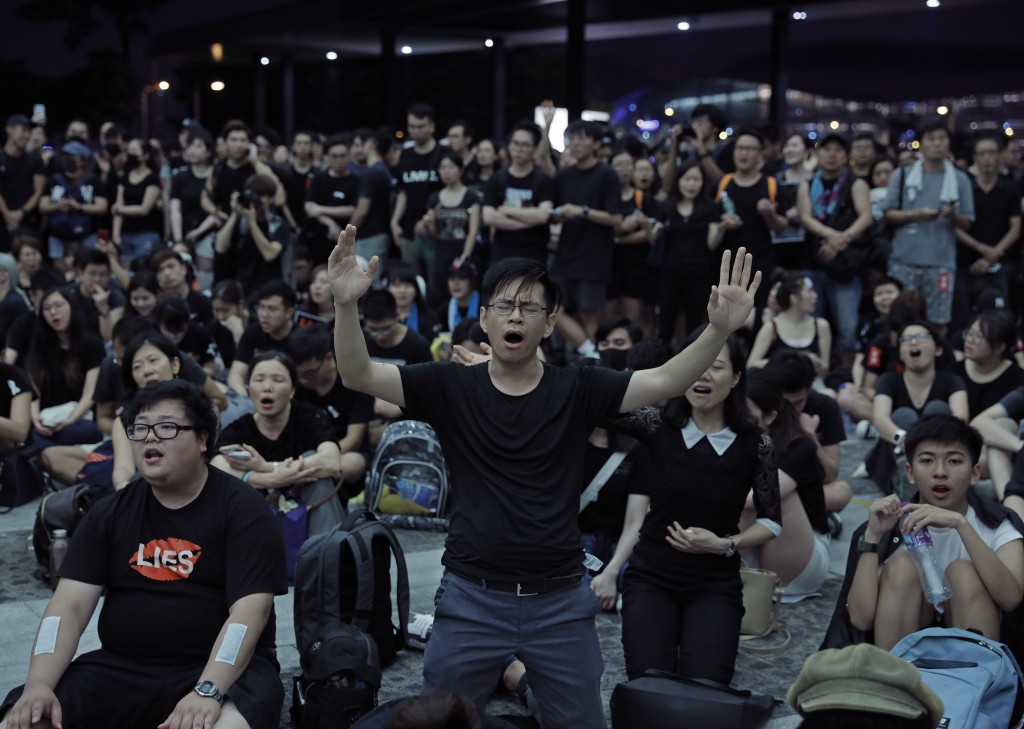 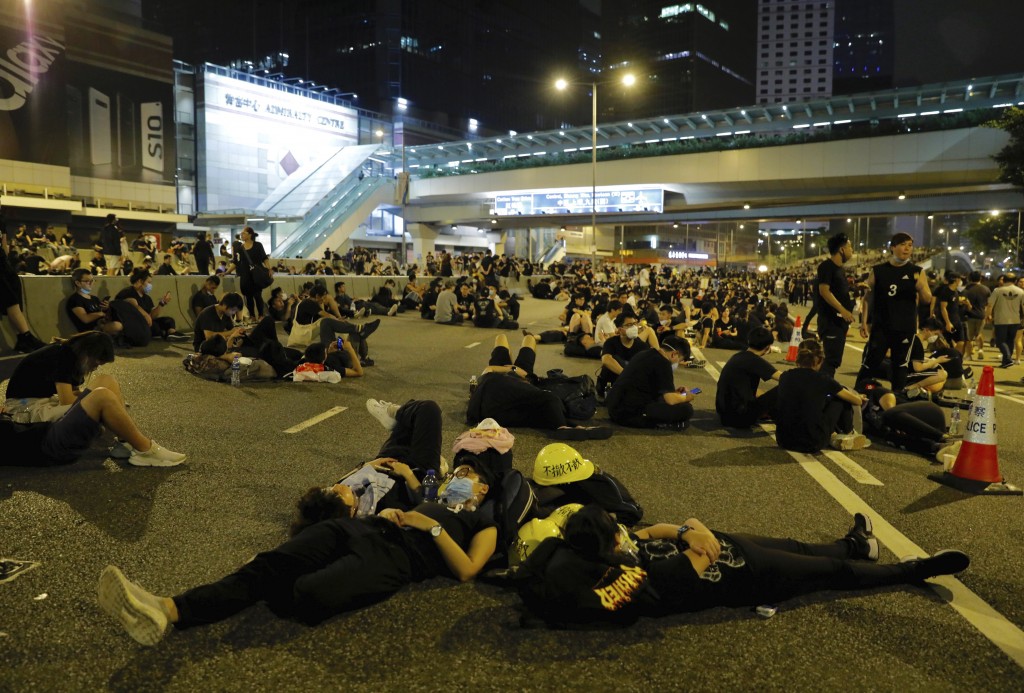 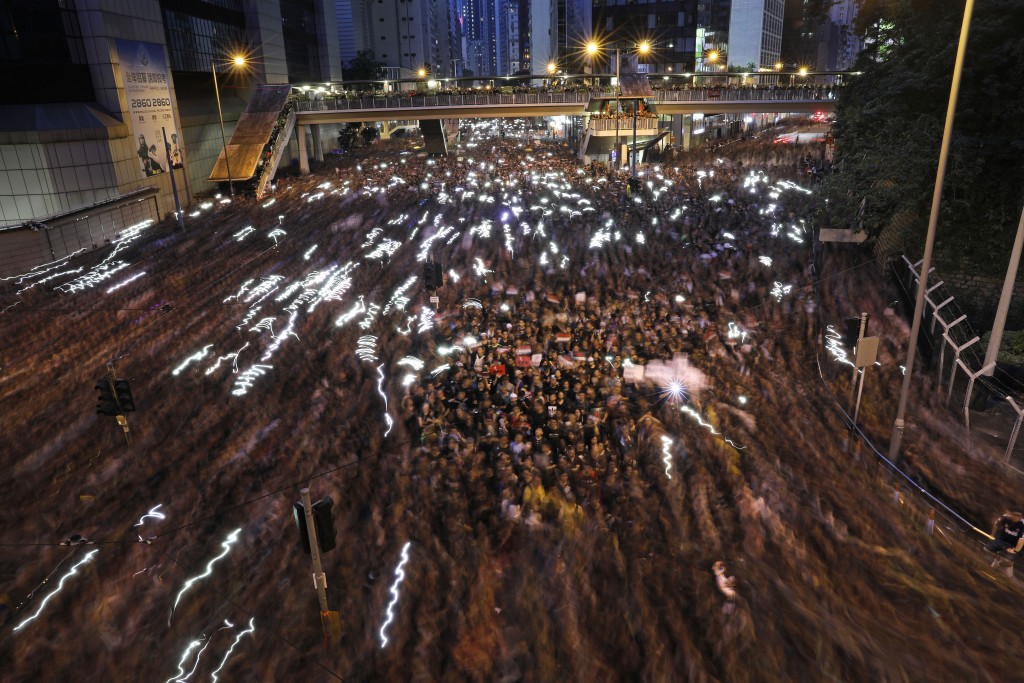 And that adds to its appeal for supporters disaffected from the moneyed elites who run the former British colony, organizers say.

The nearly 2 million Hong Kong residents who marched all day Sunday in a massive show of opposition to the bill, which would allow extraditions to mainland China, largely acted on their own, said Bonnie Leung, a leader of the Civil Human Rights Front, one of dozens of groups coordinating the protests.

"It is civil society, from different walks of life, a lot of nameless people, a lot of different students' unions, that are voluntarily and organically doing a lot of actions," said Leung, whose group took responsibility for getting an official permit for Sunday's march.

The collection of student groups, political and non-governmental organizations, labor unions and teachers' associations that helped run the demonstration, and a string of earlier ones, ensured the march was orderly, even though thousands loitered afterward in a continued protest that was still underway 24 hours later.

"In this whole campaign, what we are trying to do is coordinate with different people," Leung said in an interview. "They are talking about, 'Oh, will that work, what won't work?' There are no real leaders and this I believe is a very healthy development and this is very good for our campaign."

For the many teens and 20-somethings who took to the streets, the protests are about far more than an extradition bill. They are about preserving the autonomy Hong Kong was promised when Britain ceded its colony to mainland China in 1997, a "one-country, two-systems" arrangement that was supposed to assure Hong Kong separate legal and economic status for 50 years after the handover.

The marchers have drawn inspiration from earlier protests, especially the "Umbrella Movement" of 2014, when tens of thousands of mostly youthful demonstrators staged marches and sit-ins, snarling downtown traffic for weeks to demand a say in the election of Hong Kong's leader — a demand that ultimately failed.

That Beijing-appointed leader, Chief Executive Carrie Lam, has insisted on forcing passage of the unpopular extradition bill — and is now the main target of the demonstrations. She backed down Saturday, indefinitely suspending the bill's passage, but that did not appease the protesters.

The fluid, ad hoc nature of the movement was evident Monday, as hundreds of youths lingered near Lam's office building. A small but determined group vowed to continue demanding that Lam completely scrap the extradition bill, which if passed, could send some suspects in Hong Kong to China to face vague political charges, torture and unfair trials. That concern has grown with the increasingly authoritarian approach of today's top Communist Party leader, President Xi Jinping.

Others believed they needed to retreat and draw up a timetable for their demands, said Nathan Law, a leader of Demosisto, a pro-democracy group advocating self-determination for Hong Kong.

"There is no long-term agenda, no leader. We all feel the same and want the same things, but we don't have to follow any one person," said one black-clad participant in his early 20s, who gave his name only as Jojo.

One figure who has emerged as a potential opposition leader is Joshua Wong, a founder of Demosisto who, at just 17, became the face of the 2014 protests. He was released Monday after spending a month in prison related to those activities.

He swapped the white shirt he was wearing upon his release for a black one — this movement's chosen color.

In an interview outside government headquarters, Wong was scathing in his criticism of Lam and her administration, especially police officers who used tear gas and rubber bullets to subdue protesters during clashes last week.

The moves were like the ruling Communist Party's bloody crackdown on student-led pro-democracy protesters in Beijing's Tiananmen Square 30 years ago, Wong said. "Carrie Lam just copied the model from Beijing and applied it in Hong Kong," he said.

That movement, too, was an unusually vehement expression of the power of numbers. It also involved many different groups both inside Beijing and elsewhere in China. The Chinese authorities ended the 1989 protests with a military assault that left hundreds, possibly thousands dead, a degree of violence still unthinkable in Beijing.

But in Hong Kong, the authorities have sought to soothe anger over police use of forceful measures and to reassure the city of 7 million that their civil liberties are intact.

As far as his contribution to the anti-extradition law movement, Wong said he had no further ambitions other than supporting those staying the course. But he does hope it may sway the leadership in Beijing.

"I just want to back and support those who have been standing up against Xi Jinping," Wong said.

"They tried to ignore the voice of the people" he said of the Hong Kong authorities. "But when the voice becomes louder and louder Beijing can't ignore it."