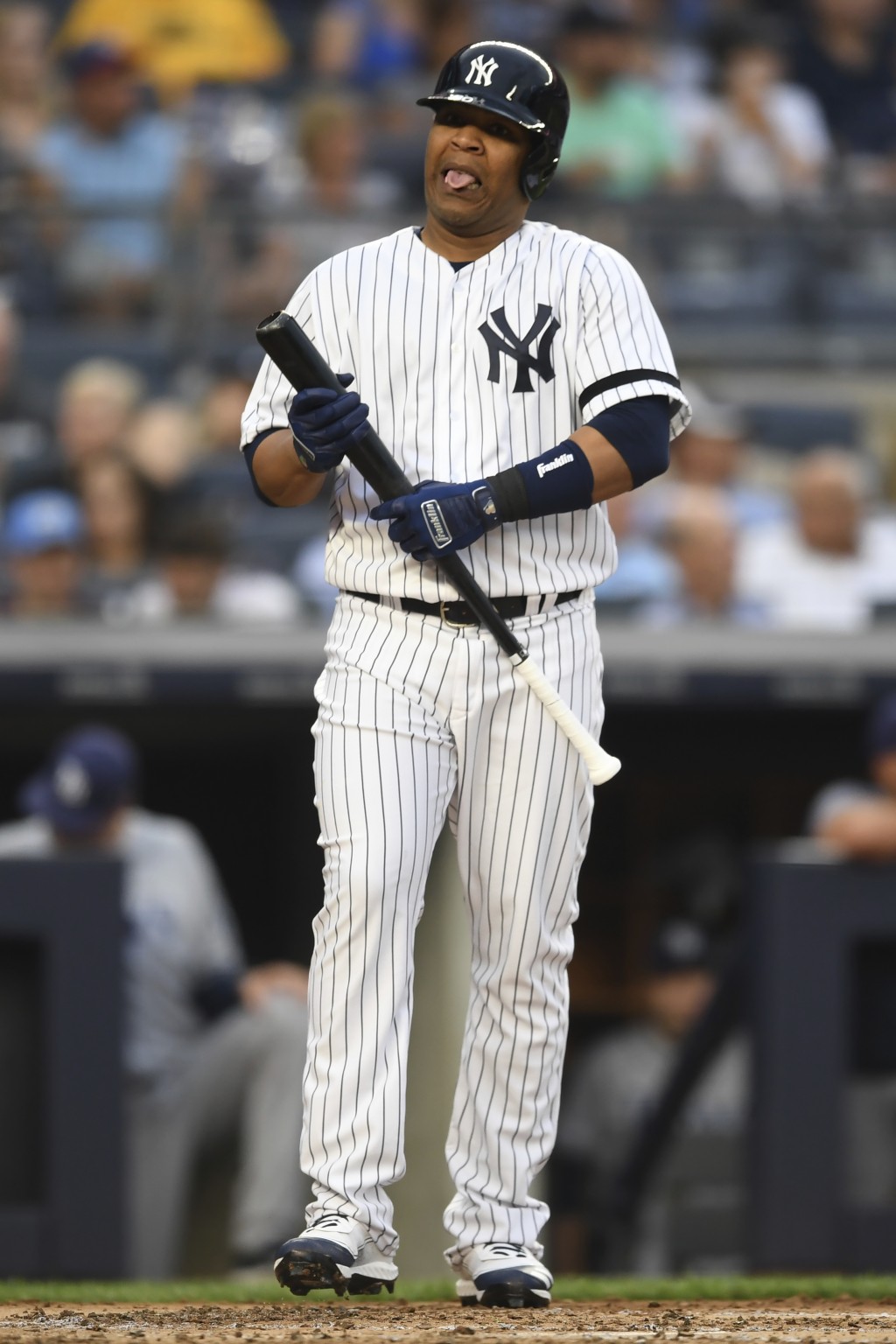 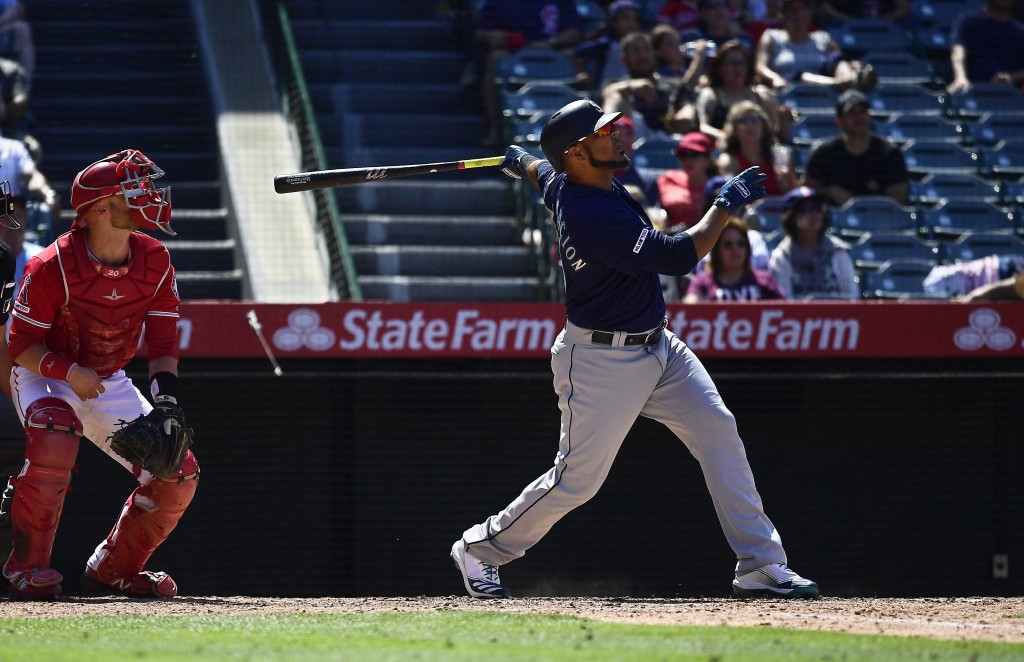 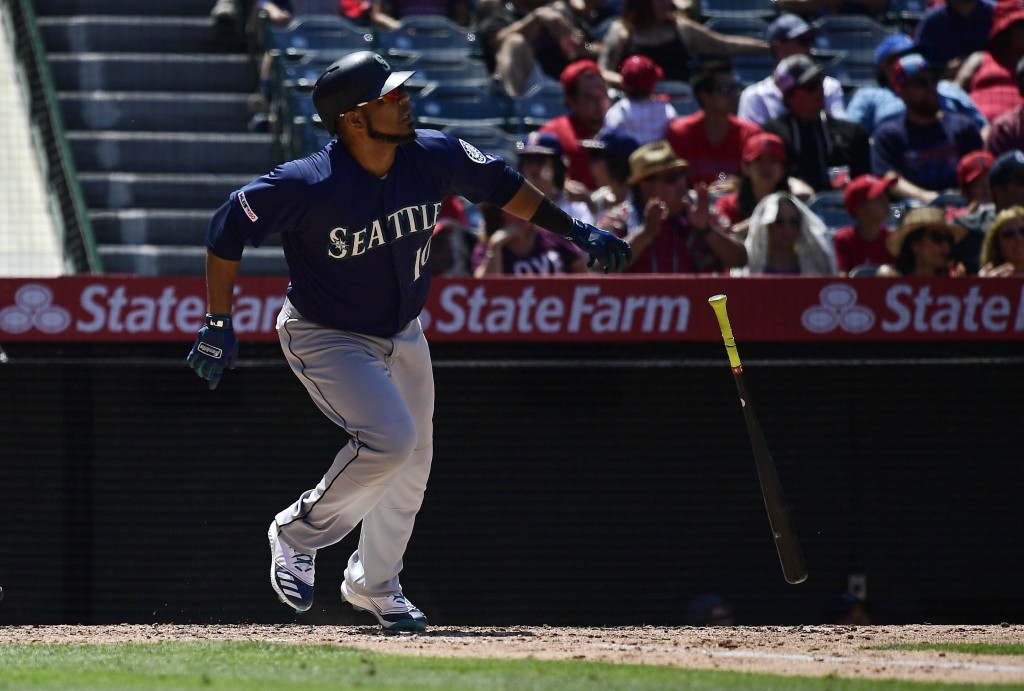 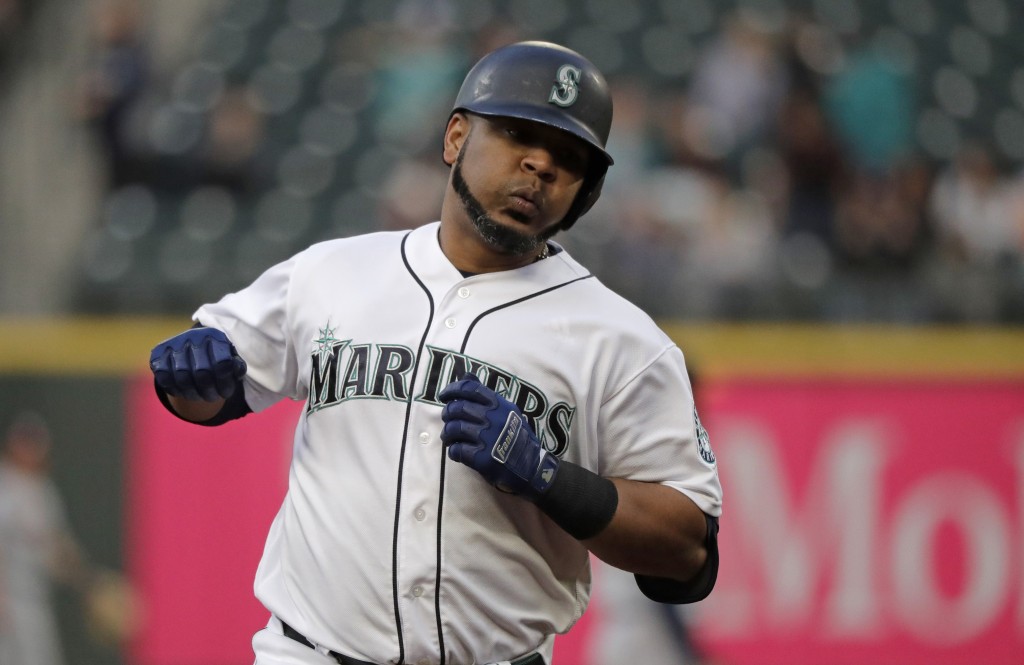 NEW YORK (AP) — Edwin Encarnación went from last place in the AL West to first in the AL East.

Naturally, he was pretty excited about it.

The veteran slugger received a warm ovation from fans when he made his Yankees debut at home Monday night against Tampa Bay in the opener of a three-game series. New York entered with a half-game lead in the division over the Rays.

"He could have picked somewhere else. I'd have been fine with it," Tampa Bay manager Kevin Cash said, drawing laughs.

Batting fifth as the designated hitter, Encarnación struck out swinging on the 10th pitch of his first at-bat in the second inning against Yonny Chirinos.

Acquired from Seattle in a trade late Saturday night, Encarnación joined the Yankees on Monday and began the day leading the American League with 21 home runs. He said he expected to be shipped off by the payroll-paring Mariners, but didn't think he'd wind up in New York. When he got the news, he was surprised and happy to be sent to a first-place team.

"I play the game to win and it's exciting to come to a team that's battling and doing so well right now," Encarnación said through a translator.

The 36-year-old Encarnación batted behind catcher Gary Sánchez, who ranked second in the AL with 20 homers. And with fellow sluggers Giancarlo Stanton and Aaron Judge close to returning from the injured list, the Yankees are soon poised to field one of baseball's most powerful lineups.

"I can't wait to see that. It's going to be fun," Encarnación said before the game. "We're going to hit a lot of homers, and we're going to win a lot of games, too."

General manager Brian Cashman acknowledged some might have been surprised to see the Yankees add another big bat when it's clear they're looking to upgrade an injury-depleted pitching rotation before the July 31 trade deadline. But he said the Encarnación move won't preclude that.

Stanton is due to come off the injured list Tuesday, with Judge potentially to follow in a few days. When they get back, and with Encarnación now in the fold at designated hitter, Stanton is expected to play left field a lot, making veteran Brett Gardner primarily a fourth outfielder with a part-time role on the bench.

Cashman, however, pointed out the addition of Encarnación will give manager Aaron Boone even more opportunities to rest top players and keep them fresh while mixing and matching, something the GM said Boone has done a "masterful job" with despite all the injuries New York has endured this season.

"It gives us a lot of coverage in a lot of different ways," Cashman said.

Encarnación switched from uniform No. 10 with the Mariners to No. 30 with the Yankees, who retired No. 10 in honor of Hall of Fame shortstop Phil Rizzuto. The three-time All-Star has 401 career home runs, making him the third player with at least 400 before joining the Bronx Bombers.

At the new Yankee Stadium, Encarnación had 18 homers in 69 games.

"We've seen what he's done to us over the course of time," Cashman said. "He's a very patient, powerful, impact bat. His makeup is off the chart, and he's very well-liked by his teammates."

Encarnación began the night hitting .241 and was among the league leaders with 49 RBIs and 48 runs. He has averaged 37 homers and 109 RBIs in his last seven seasons and tops the majors with 322 long balls this decade.

He moved from Cleveland to Seattle last December in a three-team trade that included Tampa Bay. Cashman said the Yankees knew the Mariners would make Encarnación available again, so they stayed in touch.