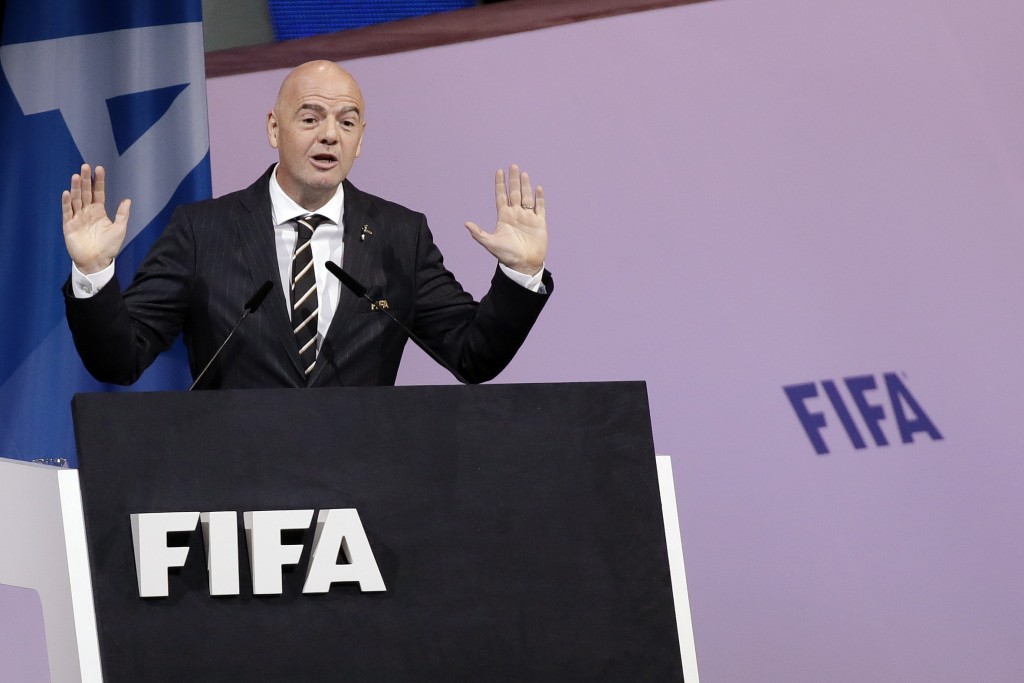 FIFA is conducting racism risk assessments for all 2022 World Cup qualifiers and sending observers to matches where there is a high prospect of discriminatory incidents.

The governing body has written to member associations saying there is a particular onus on countries hosting matches to clamp down on discrimination on the road to the Qatar World Cup.

The FIFA letter follows particular scrutiny in Europe over players being subject to racist abuse by fans and referees not always following procedures by stopping games.

In a traffic signal coding system, FIFA told national associations when there is "a high probability of discriminatory incidents" the game will be given a red classification and observers sent to the stadium.

For games with a yellow or medium risk, FIFA said it will "continue to assess the temporary dynamics" of the situation to see if observers are in fact warranted.

Central to the risk assessment is analyzing whether there is a history of discriminatory incidents or violence involving the teams or countries in general, including religious tensions.

Criteria outlined by FIFA include exploring "known far-right and other xenophobic groups, including their football-related activities and supporter links" and the "current geopolitical crises in the countries of the participating teams/associations and in their region that could affect spectators' attitudes."

FIFA will also look at whether fans have a "tendency to commit acts of homophobia or overt sexist abuse based on traditional chants or previous history."

FIFA has reminded associations that referees should implement a three-step procedure which allows them to stop a game, suspend a game and ultimately abandon a game if discriminatory behavior persists.

The letter was sent out three years after FIFA disbanded its anti-racism task, saying it had "completely fulfilled its temporary mission."