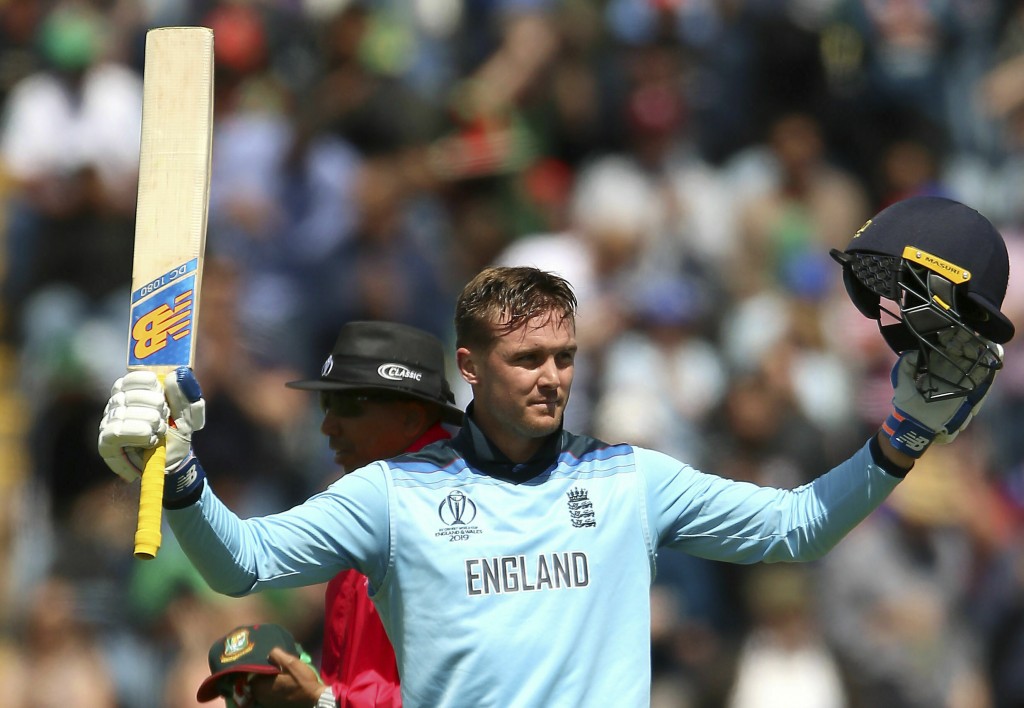 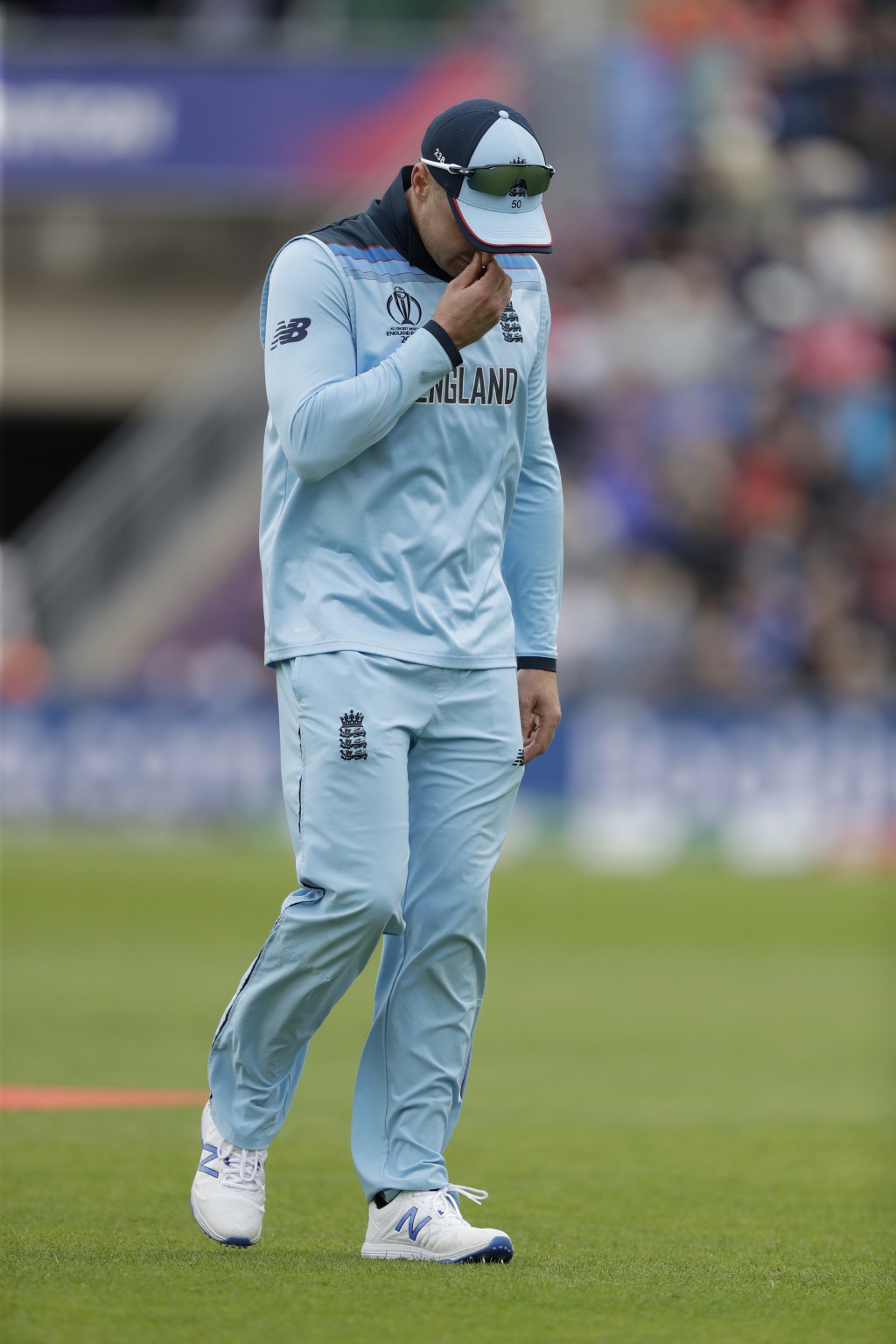 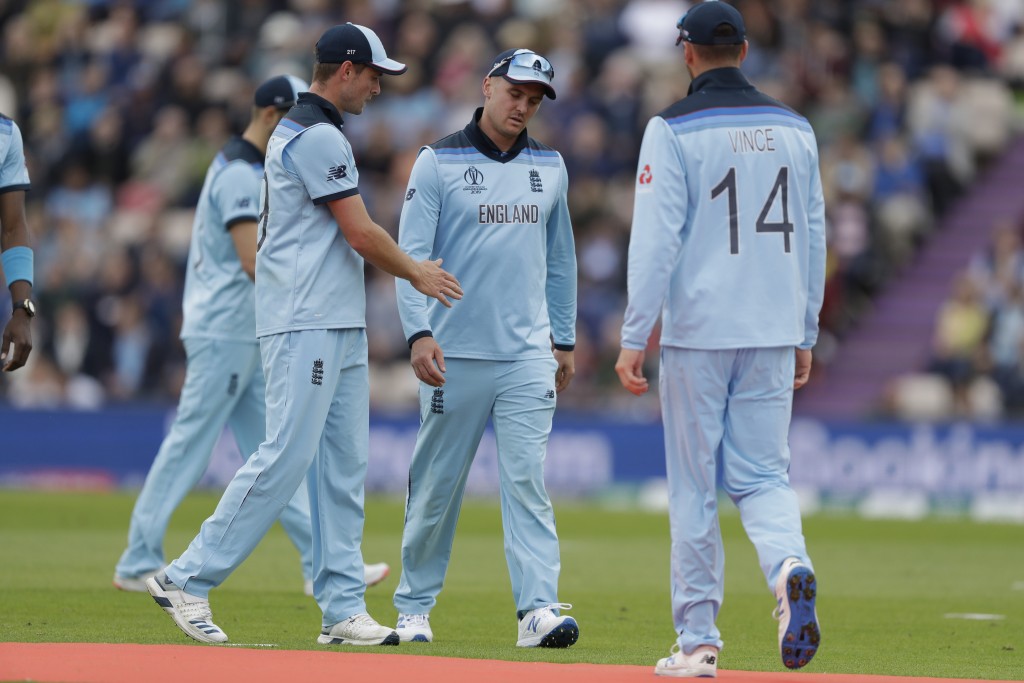 Roy hobbled off after injuring his left hamstring while fielding in England's win over West Indies at Southampton last Friday and medical scans showed a tear in the muscle. He has already been ruled out of games this week against Afghanistan and Sri Lanka, which England is expected to win.

"I certainly believe Jason will play again in this tournament," Morgan said on Monday.

He declinedg to speculate on which candidates could be drafted into England's 15-man squad if Roy is ruled out. Morgan said he "absolutely" believed Roy could return to play an important role in the World Cup.

"If not (against) Australia, maybe the following game," Morgan said. "It's a matter of giving him enough time to allow him to get himself back into the tournament."

Top-ranked England is playing Australia at Lord's next Tuesday and then takes on No. 2-ranked India five days later in Birmingham, two games which are a critical test of the host team's status as the title favorite.

Roy was staying with the squad, Morgan said, because he was a key player and because medical and team staff were "very optimistic" he'd make a relatively quick recovery.

Morgan also had to leave the field against West Indies after having muscle spasms in his back, but said his condition was improving and he was expecting to lead England against Afghanistan at Old Trafford on Tuesday.

"Drastically improved. I've had extensive treatment and medication which has helped me no end," he said. "I've had a small hit in the net. Aiming to play tomorrow."

James Vince will open for England against Afghanistan. Joe Root scored an unbeaten 100 in the eight-wicket win over West Indies, sharing an opening stand of 95 with Jonny Bairstow, who scored 45, and 104 with Chris Woakes, who batted at No. 3.

The injury to Roy prompted questions to Morgan about a possible recall for Alex Hales, who was withdrawn from England's World Cup squad following what officials described as an "off-field incident" that led to a suspension.

At the time, Morgan said a group of senior players met and agreed that Hales be "deselected," saying the batsman showed a disregard for team values and "this has created a lack of trust between Alex and the team."

On Monday, Morgan said selectors always had "conversations ongoing in the background" regarding potential replacement players.

"I've not been part of any discussion because I've been fairly focused on managing players and everything," he said when asked about a recall for Hales. "I don't know."