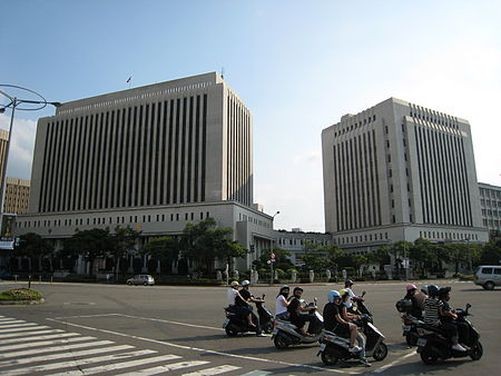 The central bank in Taiwan is unlikely to adjust its key interest rates at its quarterly policymaking meeting on Thursday, according to economists.

Talking with CNA over the weekend, the economists said that while the central bank is expected to maintain its interest rates at the same level for the 12th consecutive quarter this time, it may come under pressure to cut interest rates in the second half of the year.

They said such pressure may kick in if the United States Federal Reserve decides to lower its interest rates to alleviate the effects of the U.S. trade war with China.

Wu Meng-tao (吳孟道), director of the sixth research division at the Taiwan Institute of Economic Research (TIER), said amid growing uncertainty in the global financial markets, Taiwan's central bank is keeping a close eye on them for the moment before taking its next step.

In March, the central bank decided to maintain its key interest rates for the 11th straight quarter, while cutting its forecast for Taiwan's 2019 gross domestic product growth by 0.2 percentage points to 2.13 percent.

Meng said the central bank is currently concerned about stability in the foreign exchange market and other financial markets amid the China-U.S. trade disputes.

In May, the escalating trade war sent ripples through the global financial markets, putting downward pressure on non-U.S. dollar currencies, including the Taiwan dollar.

Earlier this month, the central bank said it had stepped into the local forex market in May in an attempt to settle "the high volatility" of the Taiwan dollar against the U.S. dollar.

Data from the central bank showed due to the central bank's intervention to support the Taiwan dollar value, Taiwan's forex reserves at US$464.43 billion as of the end of May, down by US$394 million from April, when they rose by US$750 million.

In the short term, Meng said, the central bank will not wish to see further volatility of the Taiwan dollar so it is expected to maintain the current interest rates.

Lo Wei (羅瑋), chief economist at Fubon Financial Holding Co., also forecast that the bank will not raise interest rates, saying that Taiwan's economy grew 2.33 percent in the first quarter of the year, which was a solid performance compared with other countries in the region, despite the slowdown in global demand.

Furthermore, Lo said, the benchmark weighted index on the Taiwan Stock Exchange, the Taiex, is still trading above 10,000 points so there's no urgency for the central bank to adjust interest rates right now.

The market will be keeping a close eye on the G20 summit at the end of this month, when U.S. President Donald Trump and Chinese President Xi Jinping are expected to meet, Lo said.

However, if the two countries fail to resolve their trade disputes, the Fed is likely to cut its key interests rates in the second half of the year, which would prompt Taiwan and other countries in the Asian region to do likewise, Lo said.