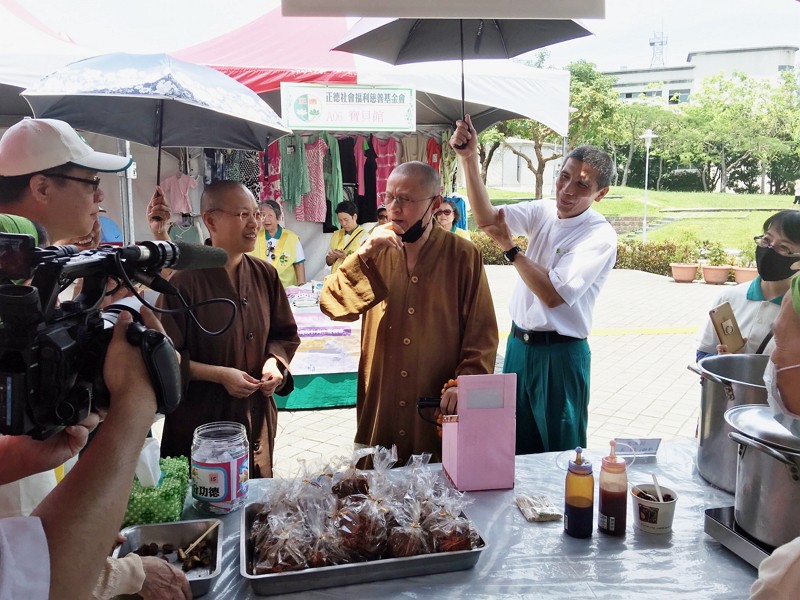 Held from 9 a.m. to 6 p.m. at EXPO Hall, EXPO Park, on Zhongshan North Road in Taipei’s Zhongshan District, all income generated from the event will be donated to Chengte Buddhism Hospital (佛教正德醫院) and Chengte Charity Kitchen (正德愛心廚房).

Chengte Charity Foundation is a non-profit organization that was established in 1986 by Master Chang-lu (常律法師), to help the needy and demonstrate the compassion of Buddha. It is also the only hospital in Taiwan that does not charge patients.

Given that cancer has been one of the leading causes of death in Taiwan for 36 years, Chengte Buddhism Hospital is under construction at No. 100, Wenxin South Fifth Road, Section 3, Nantun District, in Taichung City. When completed it is expected to have 90 hospice beds and be the first specialized hospice and palliative care center for terminal cancer patients and eight major non-cancer diseases, which will be free of charge.

Chengte Buddhism Hospital will be a non-profit hospital devoted to the public welfare of future generations. Since the construction expenses are so high the public is being asked to donate medical supplies and become a “sponsor member” by paying NT$100 per month or more.

The marginalized elderly and homeless populations are growing. In response, Chengte plans to establish 108 charity kitchens around the country to provide them with adequate food. The general public are also encouraged to get involved helping out at meal times and donating to the cause.

Since August 2016, 18 Chengte Charity Kitchens have been set up to serve the poor and elderly. The charity kitchen’s New Taipei City branch is located in Sanchong District, but Keelung, Taipei and Nantou also need kitchens. Benevolent souls and donors are being asked to provide Chengte with free or affordable accommodation to set up more charity kitchens.

To ensure the dignity and privacy of guests, no one is required to show ID documents to eat at Chengte Charity Kitchen. Hence, the organization cannot apply for a subsidy from the government and regularly runs a deficit of NT$150,000 per month for each branch.

As a result, increased support from members (NT$100 per month or more) is required, as are volunteer workers at branch kitchens.