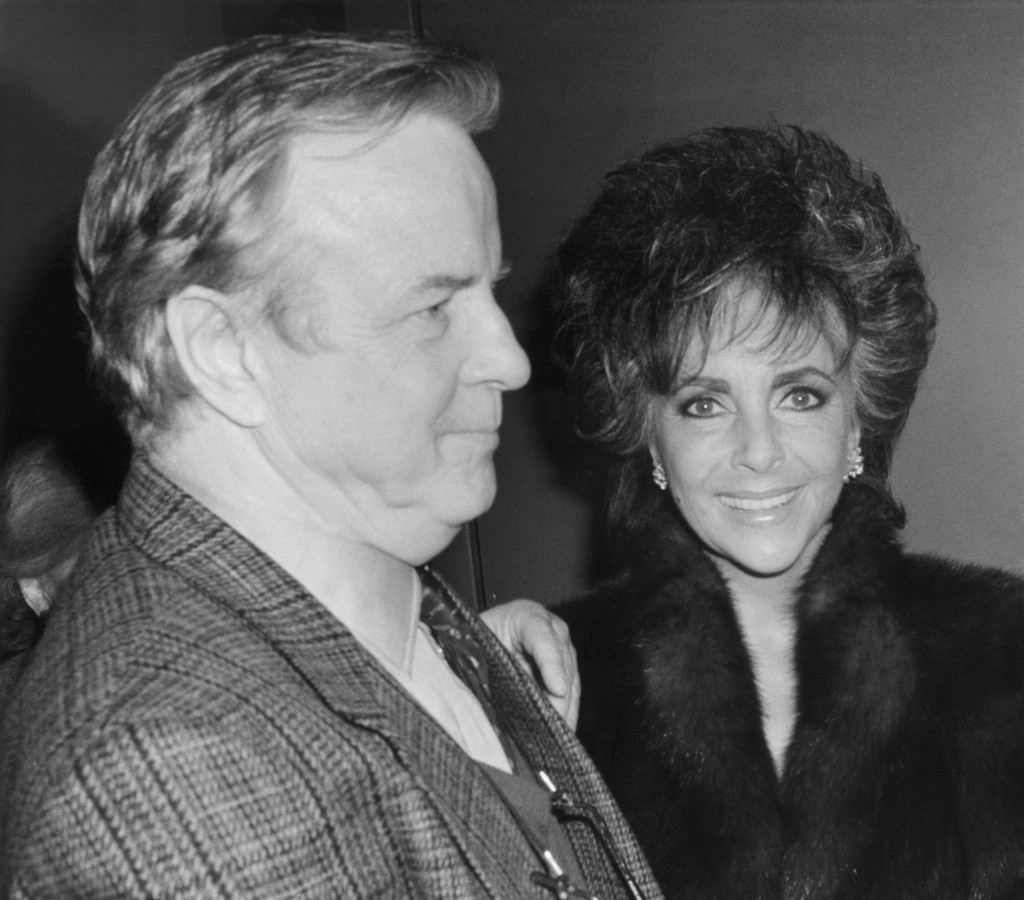 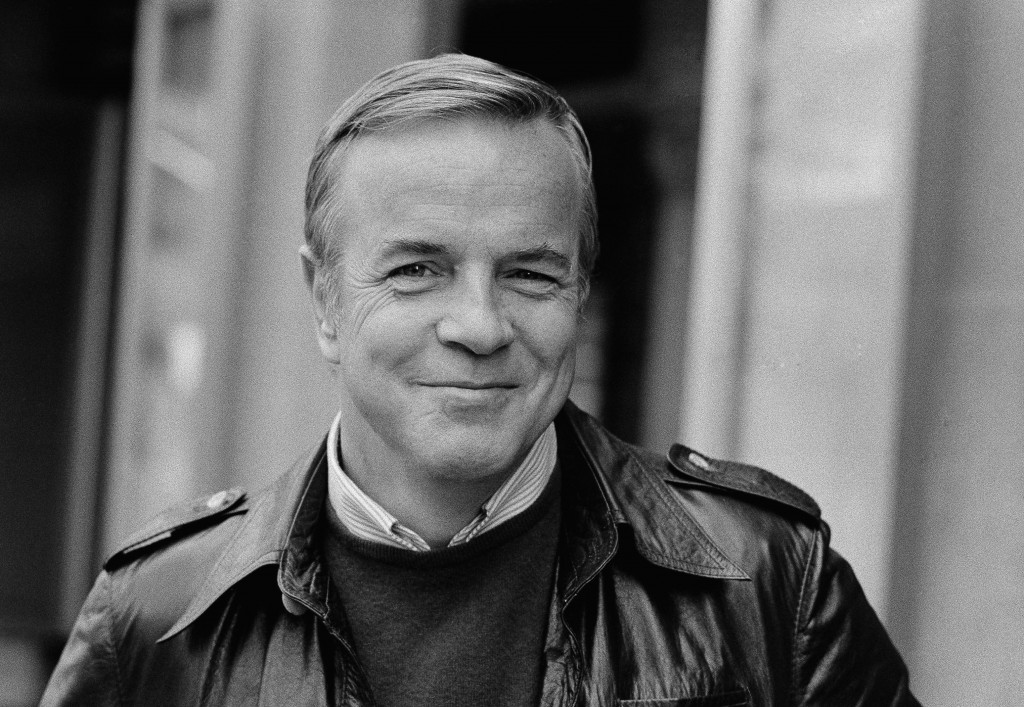 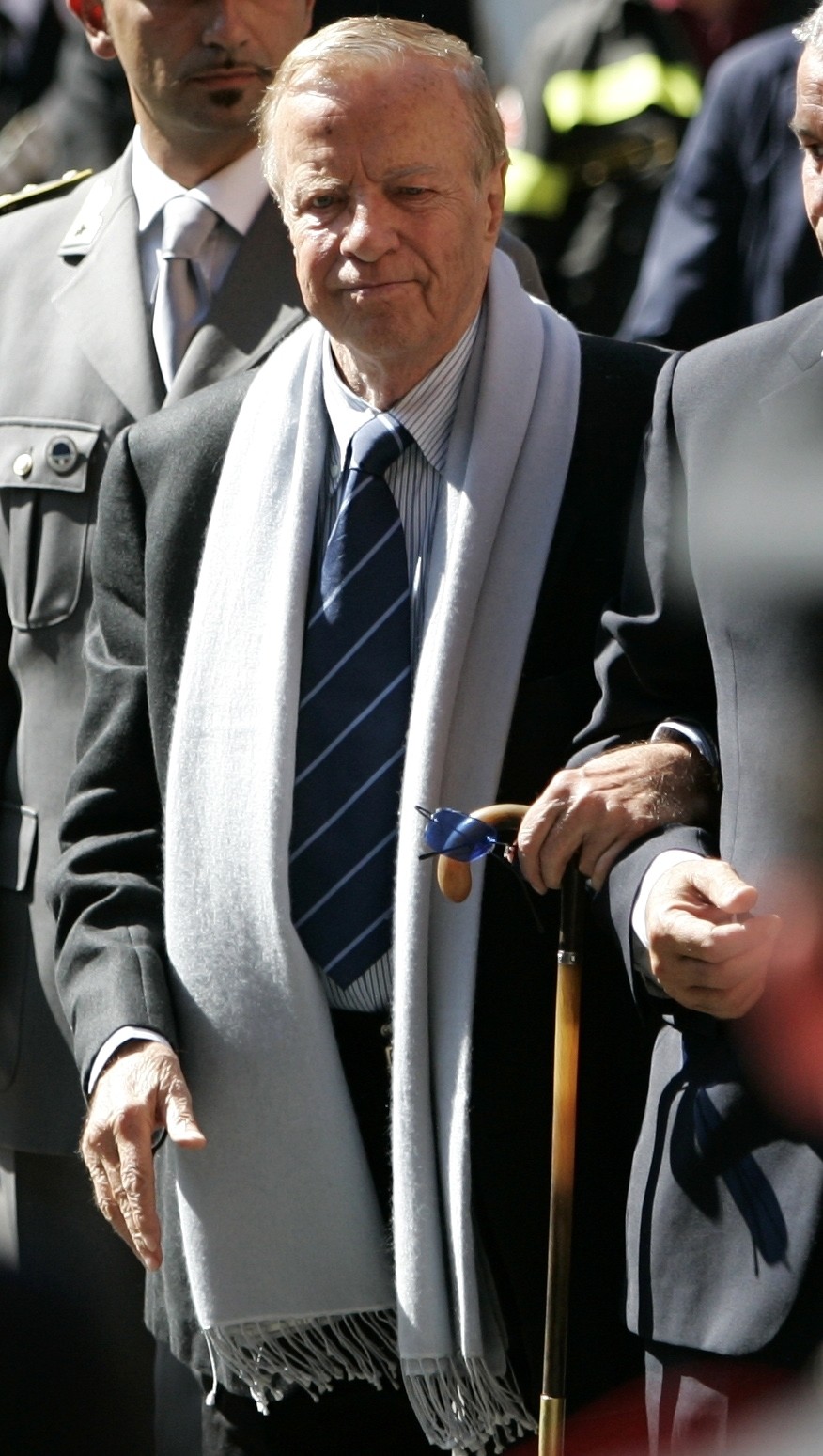 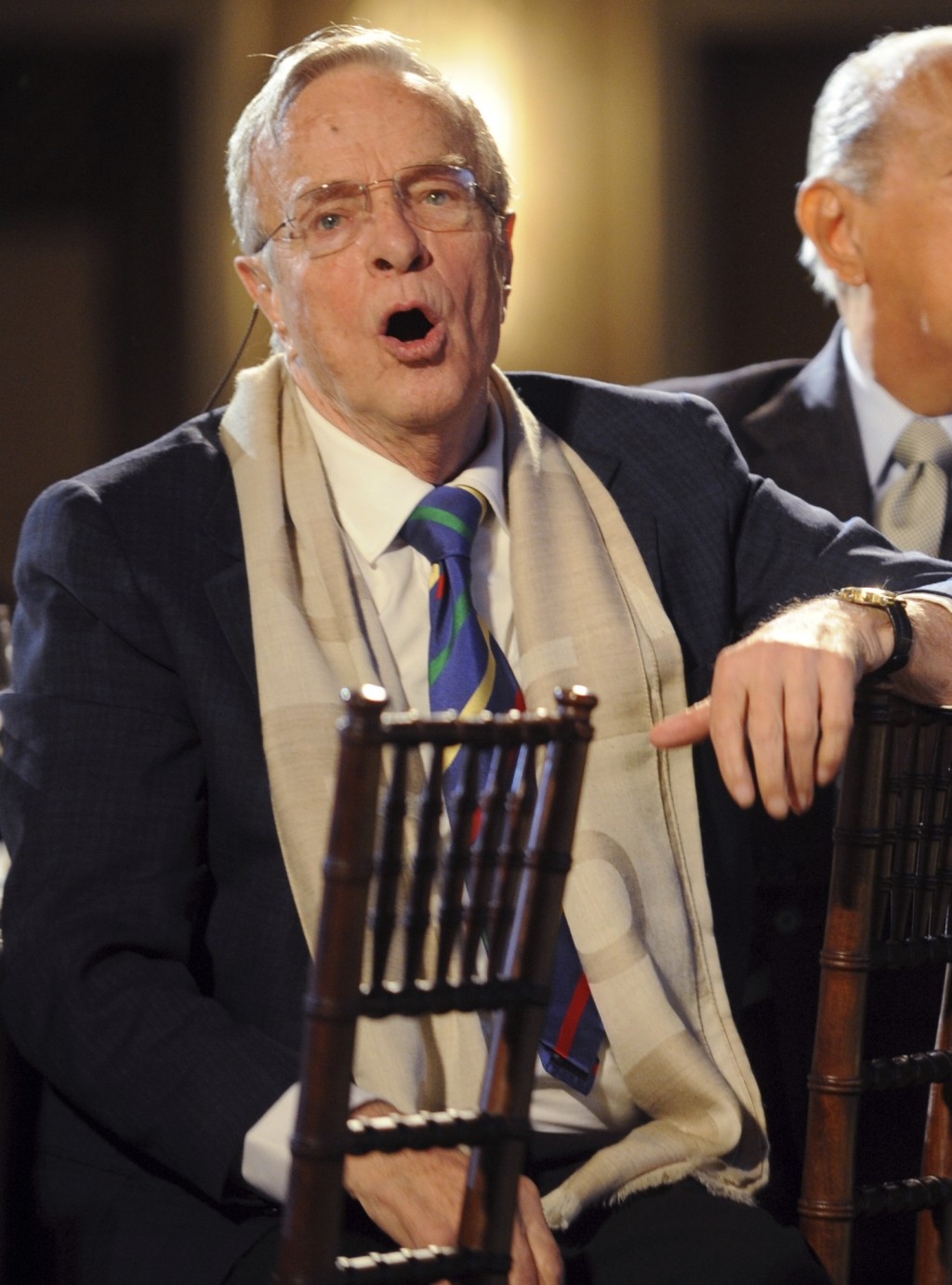 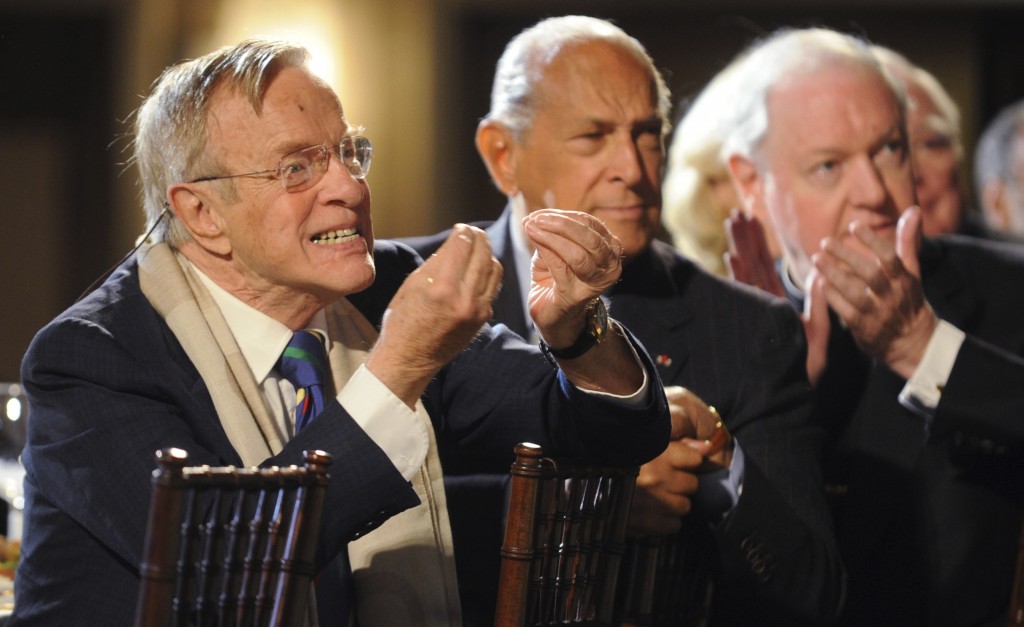 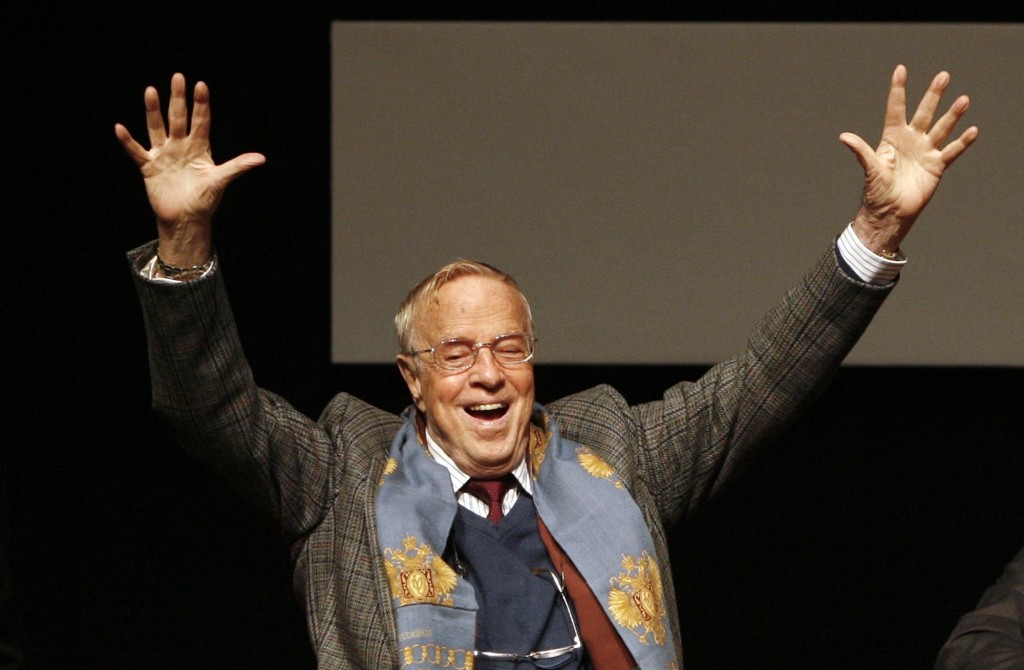 ROME (AP) — Italian director Franco Zeffirelli, who delighted audiences around the world with his romantic vision and extravagant productions, most famously captured in "Romeo and Juliet" and the miniseries "Jesus of Nazareth," died Saturday at 96.

While Zeffirelli was most known for his films, his name was inextricably linked to the theater and opera. He produced classics for the world's most famous opera houses, from Milan's venerable La Scala to the Metropolitan Opera in New York, and plays for London and Italian stages.

He made it his mission to make culture accessible to the masses, often seeking inspiration in literary greats for his films, and producing operas for TV audiences. Zeffirelli once likened himself to a sultan with a harem of three: film, theater and opera.

"I am not a film director. I am a director who uses different instruments to express his dreams and his stories — to make people dream," Zeffirelli told The Associated Press in a 2006 interview.

Born on Feb. 12, 1923, in the outskirts of Florence, Zeffirelli became one of Italy's most prolific directors, working with such opera greats as Luciano Pavarotti, Placido Domingo and Maria Callas, and Hollywood stars including Elizabeth Taylor, Richard Burton, Mel Gibson, Cher and Judi Dench.

Throughout his career, Zeffirelli took risks. His screen success in America was a rarity among Italian filmmakers.

He was one of the few Italian directors close to the Vatican, and the church turned to Zeffirelli's theatrical touch for live telecasts of the 1978 papal installation and the 1983 Holy Year opening ceremonies in St. Peter's Basilica.

But Zeffirelli was best known outside Italy for his colorful, softly-focused romantic films. His 1968 "Romeo and Juliet" brought Shakespeare's tale to a new generation, and his 1973 "Brother Sun, Sister Moon," told the life of St. Francis in parables.

"Romeo and Juliet" set box-office records in the United States, though it was made with two unknown actors, Leonard Whiting and Olivia Hussey. The film, which cost $1.5 million, grossed $52 million and became one of the most successful Shakespearian movies ever.

A year earlier, he directed Taylor and Burton in Shakespeare's "The Taming of the Shrew."

His 1977 made-for-television "Life of Jesus" became an instant classic with its portrayal of a Christ who seemed authentic and relevant. The film earned over $300 million worldwide.

But controversy was never far away. In 1978, he threatened to leave Italy because of attacks by some Italians who saw Zeffirelli as an exponent of Hollywood.

And when piqued by American criticism of his 1981 movie "Endless Love," starring Brooke Shields, Zeffirelli said he might never make another film in the U.S. The movie, as he predicted, was a box office success.

In his 2006 autobiography, Zeffirelli recounted how his mother attended her husband's funeral pregnant with another man's child. Unable to give the baby either her name or his father's, she tried to name him Zeffiretti, after an aria in Mozart's "Cosi fan Tutti." But a typographical error made it Zeffirelli.

His mother died of tuberculosis when he was 6, and Zeffirelli went to live with his father's cousin.

There, Zeffirelli developed the passions that would shape his life. The first was for opera, after seeing Wagner's "Walkuere" at age 8 or 9 in Florence. The second was a love of English culture and literature, after his father started him on thrice-weekly English lessons.

His experiences with the British expatriate community under fascism, and their disbelief that they would be victimized by Benito Mussolini's regime, were at the heart of the semi-autobiographical 1991 film "Tea with Mussolini."

As a youth, Zeffirelli served with the partisans during World War II. He later acted as an interpreter for British troops.

After a short-lived acting career, Zeffirelli worked with Luchino Visconti's theatrical company in Rome, where he showed a flair for dramatic staging in "A Streetcar Named Desire" and "Troilus and Cressida."

In 1950, he worked in lyric theater as a director, set designer and costumist, bringing new life to works by his favorites: Mozart, Rossini, Donizetti and Verdi. Over the next decade, he staged operas, romantic melodramas and contemporary works in theaters.

Both La Scala and New York's Metropolitan Opera hosted Zeffirelli's classic staging of "La Boheme," which was shown on American television in 1982.

Zeffirelli returned to prose theater in 1961 with an interpretation of "Romeo and Juliet" in London that he used as the basis of his 1968 film.

By the time Zeffirelli did "La Traviata" on film, he had already worked his stage version of the opera into a classic, performed at La Scala with Callas.

"In the last 30 years, I've done everything a lyric theater artist can do," Zeffirelli wrote as the film was released in 1983. "This work is the one that crowns all my hopes and gratifies all my ambitions."

Zeffirelli worked on a new staging of La Traviata, which will open the 2019 Opera Festival on June 21 at the Verona Arena.

"We'll pay him a final tribute with one of his most loved operas," artistic director Cecilia Gasdia said. "He'll be with us."