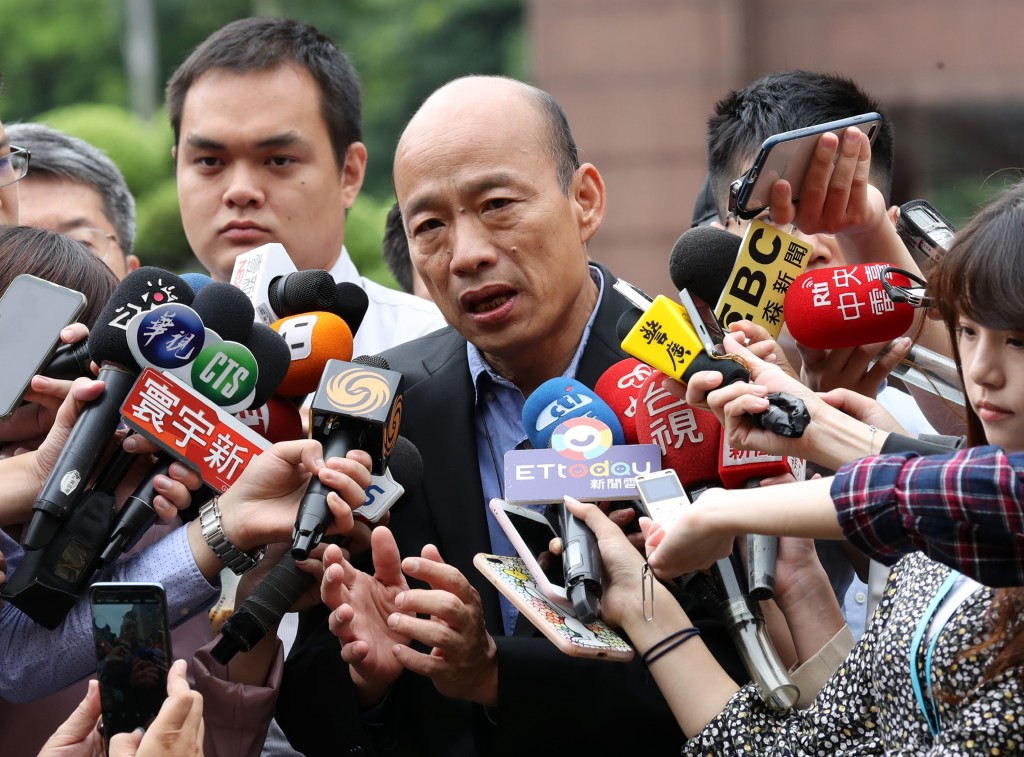 TAIPEI (CNA) -- Kaohsiung mayor and presidential hopeful Han Kuo-yu (韓國瑜) vowed Saturday that China's "one country, two systems" formula for unification with Taiwan will never be put in place in Taiwan if he is president.

At the rally, Han of the opposition Kuomintang (KMT) led the crowd in chanting "reject 'one country, two systems'" and asked his supporters to have faith in him.

It was Han's most forceful public rejection of Beijing's "one country, two systems" formula. The mayor has been criticized by his opponents for what they perceive as his overly pro-China stance and reluctance to criticize Beijing.

Han visited Beijing's liaison offices in Hong Kong and Macau in March while signing trade deals in these two places, leading ruling Democratic Progressive Party and other politicians to paint him as supporting the "one country, two systems" concept.

The Kaohsiung mayor rejected that characterization at Saturday's rally.

Organizers estimated that over 120,000 people attended the rally on Saturday, while Yunlin police did not give an estimate.
It was the third large-scale rally held to support Han's bid to win the KMT presidential primary, following one in Taipei on June 1 and another in eastern Taiwan's Hualien on June 8.

Han is one of five candidates who are expected to participate in the KMT's presidential primary.

The KMT plans to select its 2020 presidential candidate based on the results of public opinion polls, which will be conducted by five polling firms between July 8 and July 14. The results of the polls will be announced on July 15.