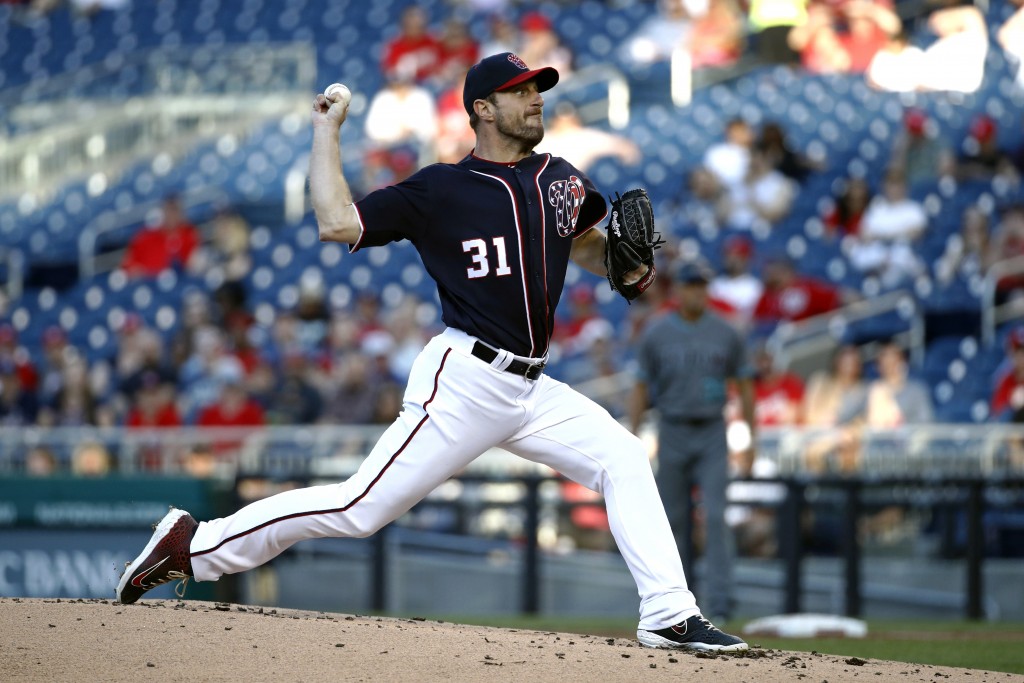 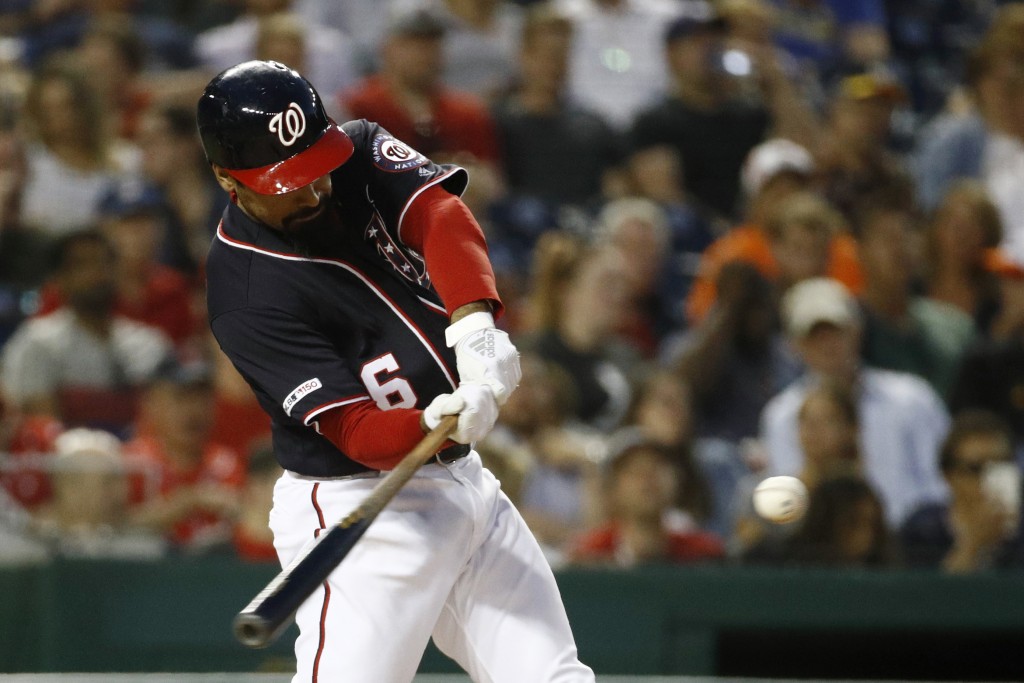 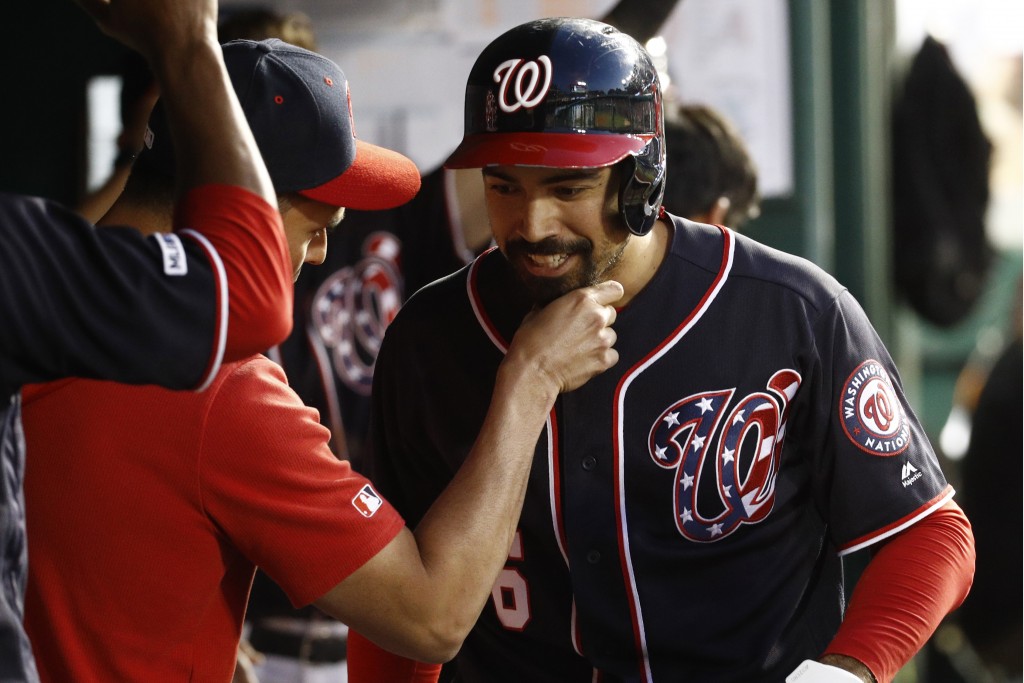 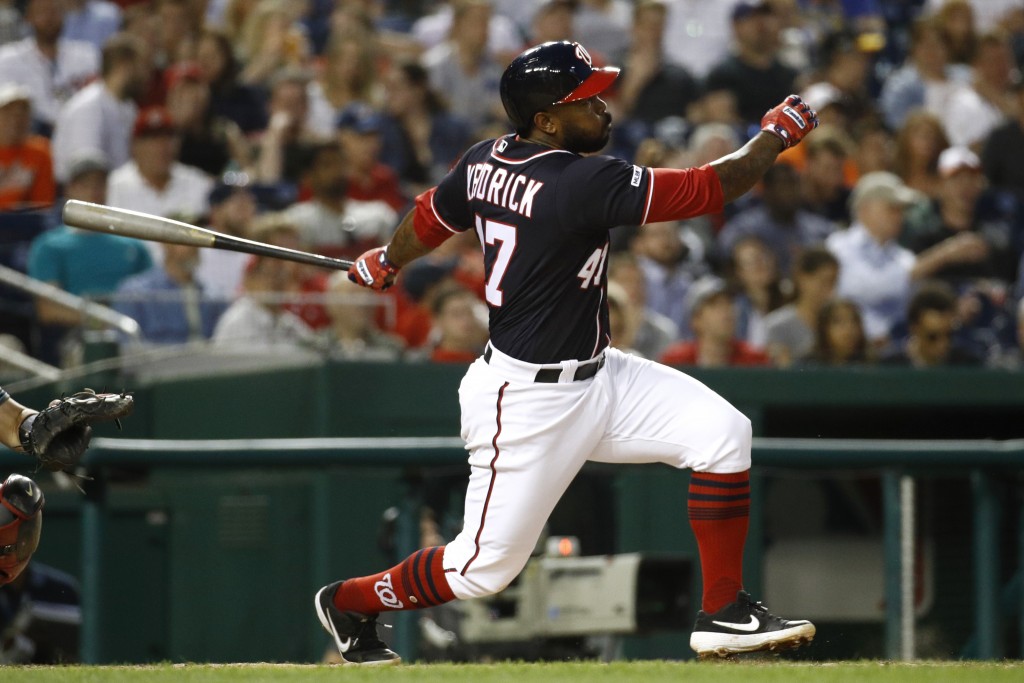 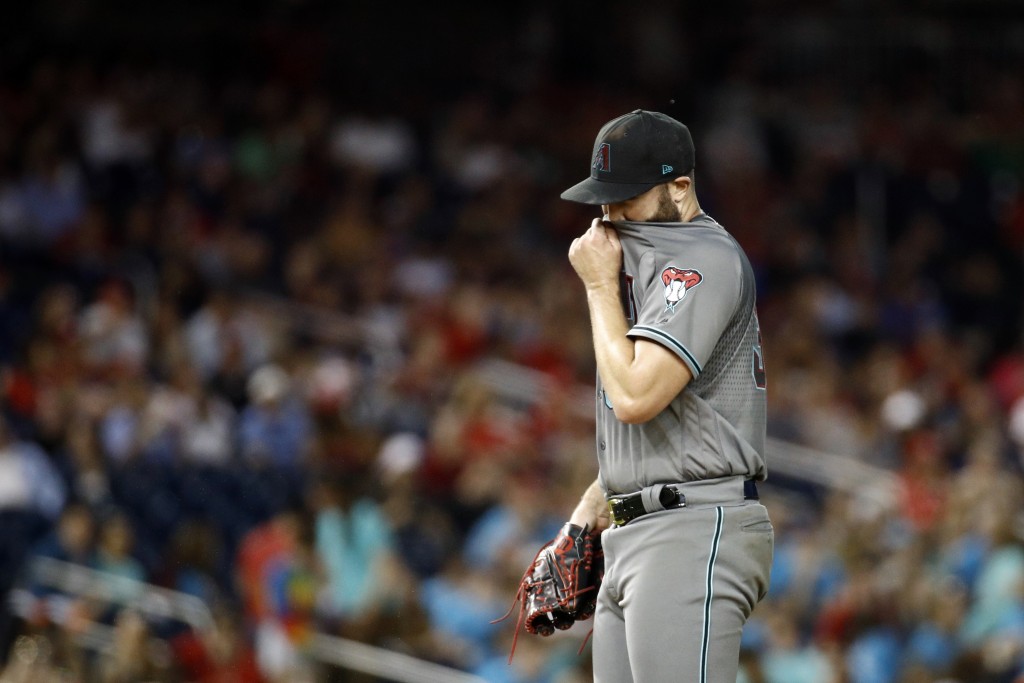 Scherzer (5-5) leads the National League with 136 strikeouts. He gave up two runs and three hits, including home runs by Carson Kelly and Nick Ahmed.

This was Scherzer's third straight win overall and he improved to 6-0 lifetime against Arizona — he started his big league career with the Diamondbacks in 2008.

The Nationals scored three times in the third off Robbie Ray (5-4) on an RBI double by Trea Turner, a sacrifice fly from Victor Robles and a run-scoring single by Juan Soto.

Ahmed homered in the fifth to pull Arizona with 3-2.

Rendon and Kendrick hit solo home runs in the sixth, and Washington added two more in the seventh on Robles' RBI single and Rendon's sacrifice fly.

Diamondbacks: C Alex Avila (strained left calf) was put on the injured list after being hurt in Thursday's win. Manager Torey Lovullo said Avila will have an MRI and said the catcher is optimistic he will not be out for long. C Caleb Joseph was recalled from Triple-A Reno to take Avila's spot. ... Lovullo said RHP Jon Duplantier (right shoulder inflammation) had an MRI that was "very positive" and will go on anti-inflammatories and is not going to throw for six or seven days. He will be examined after that.

Nationals: 1B Ryan Zimmerman (plantar fasciitis right foot) ran on the treadmill Thursday and continued with baseball activities Friday. Zimmerman was placed on the 10-day injured list April 28. . RHP Justin Miller (right shoulder inflammation) received an unspecified injection Friday, according to Washington manager Dave Martinez. Miller was "shut down" this week after throwing. He has been on the 10-day injured list since May 18.

Diamondbacks: Taylor Clarke (1-2, 5.26) will make his sixth major league start in Saturday's game. It will be the first time he has pitched against Washington.

Nationals: RHP Stephen Strasburg (7-3, 3.36) now has won four in a row. His last loss came on May 12, and the right-hander has given up only two homers in his last eight starts.