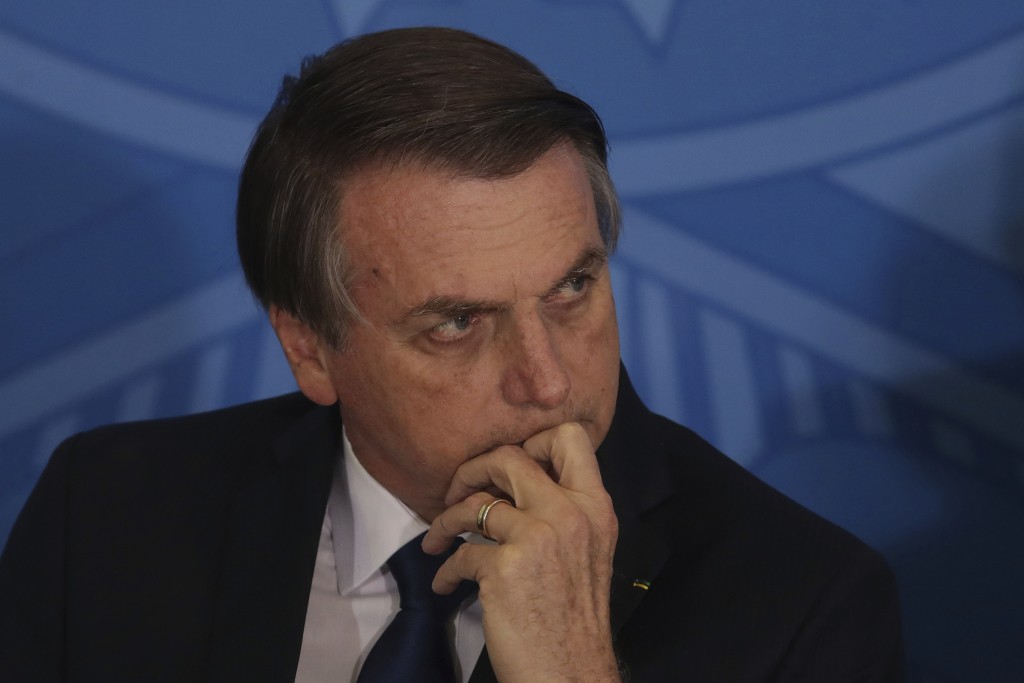 RIO DE JANEIRO (AP) — A judge in Brazil on Friday absolved the man who stabbed then-presidential candidate Jair Bolsonaro in his torso last year, citing his mental illness and ordering him held indefinitely in a prison mental institution.

Adelio Bispo has been in police custody since Sept. 6 when he was accused of stabbing Bolsonaro while he was campaigning in the streets of Juiz de Fora. The blade pierced the candidate's intestine and put his life in danger. Police said Bispo confessed to the attack and Bolsonaro went on to win the presidential election.

Judge Bruno Savino ruled on Friday that Bispo's preventive detention should be converted into an indefinite internment in an asylum within the federal prison system.

"The hospitalization will last for an indefinite period until medical experts have proven that he is no longer dangerous," Savino said in a statement from the federal justice system in Minas Gerais state.

The judge had already declared the attacker mentally ill on May 27, so the ruling had been expected.

Bolsonaro said he will appeal the decision.

"Now, if Adelio wanted to say who paid him to try to kill me, it would have no legal value because he is crazy," the far-right president told O Globo newspaper. "They tried to assassinate me. I believe I know who it was, but I cannot say because I do not want to prejudge anyone."

The judge ruled that Bispo must complete his hospitalization within federal prison system to minimize the risk of an escape and another attack. He said that during his examination by experts Bispo said he intended to attack Bolsonaro again as well as former President Michel Temer.