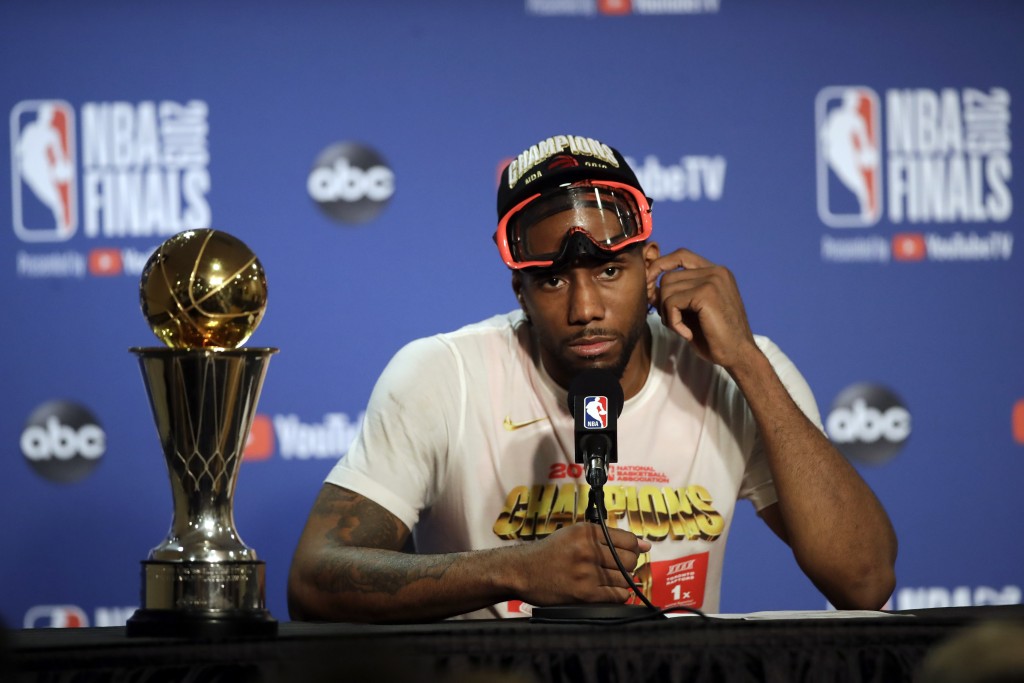 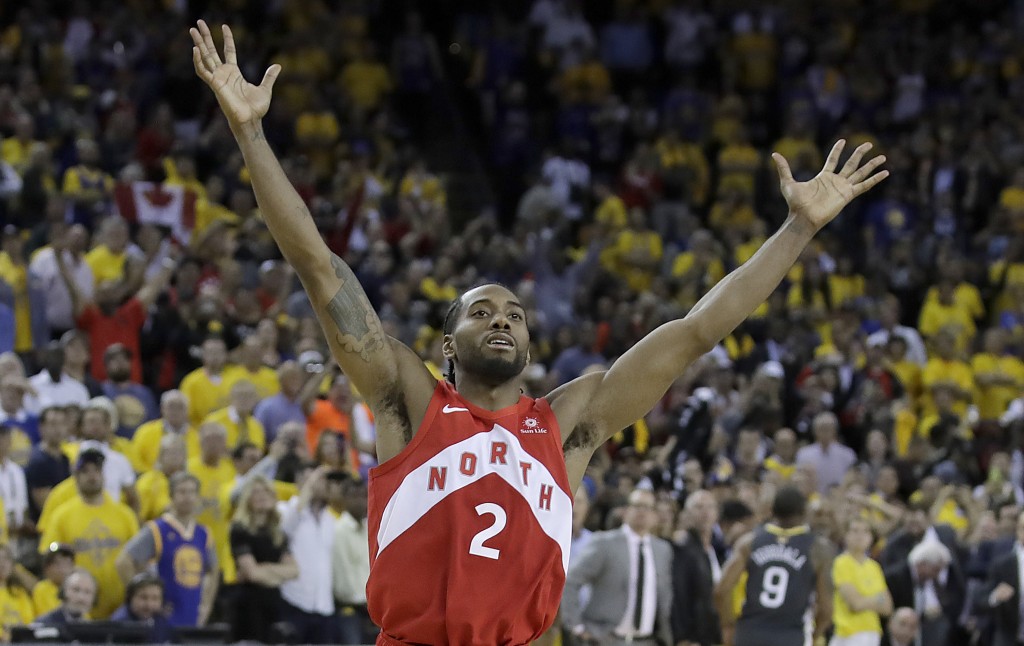 OAKLAND, Calif. (AP) — NBA Commissioner Adam Silver is expected to open next week's draft by announcing that Zion Williamson is the No. 1 overall selection headed to New Orleans. And four months after that, Silver will be in Toronto on opening night to help the Raptors hand out championship rings and watch them raise a banner.

There are few other certainties in the NBA right now.

The league has a new champion and a new landscape. Toronto has climbed to the mountaintop, defeating a Golden State team that lost All-Stars Kevin Durant and Klay Thompson to major injuries toward the end of the NBA Finals. For the first time in a half-decade, the Warriors won't be the overwhelming favorites to win it all next season. They might not even be favored to win the Western Conference.

"I think true champions like we are, we should be able to adapt and keep this same kind of DNA no matter what our roster looks like next year," Warriors guard Stephen Curry said. "And have high hopes about being back on this stage, whether it looks the same or not."

It won't look the same. Not much will next season.

The champion Raptors don't know if they'll be keeping NBA Finals MVP Kawhi Leonard, who becomes a free agent in a couple weeks and one that every team with lots of spending power will want. Danny Green, who went to Toronto in the deal that brought Leonard, is a free agent. Marc Gasol, a huge midseason pickup, is a free agent. There are even reports that Raptors President Masai Ujiri may consider leaving.

"I was focused on the now, and I wanted to make history here and that's all I did," Leonard said. "I'm still playing basketball no matter what jersey I have on."

Durant won't be playing on opening night next season, and almost certainly not on any night next season because of his torn Achilles — though he'll still be highly coveted if he hits the free-agent market as expected. Thompson will miss, at minimum, most of the regular season with his torn ACL. The Warriors may lose DeMarcus Cousins in free agency and Shaun Livingston to retirement.

The team going to San Francisco might look much different than the one that ended this season in Oakland.

Longtime NBA stars like Dwyane Wade, Dirk Nowitzki and Tony Parker will be gone, enjoying retirements. Vince Carter plans to be back for a 22nd and final season. Leonard, LeBron James and Andre Iguodala — if he returns, which is expected — may be the only three players on the court to start the season with an NBA Finals MVP trophy in their possession.

There will be new coaches taking over in Sacramento, Phoenix, Cleveland, Memphis and with the Los Angeles Lakers. The makeups of the front-office teams in Washington and New Orleans will be different.

And then there's all the player movement, which could be seismic.

Anthony Davis may be traded by the Pelicans, as the soap opera there continues. Kyrie Irving, who told Boston fans before the season that he'd re-sign with the Celtics, is going to be a free agent. Durant might change teams. Thompson may as well, though that seems unlikely. Kemba Walker is dropping every hint that he wants to stay in Charlotte.

"I don't know if I'll sign back with them," said Walker, who is eligible for a supermax contract worth $221 million over five years. "I'm not sure. But they are my first priority. ... We'll see when the time comes."

There's going to be a lot of "we'll see" over the next few months.

Milwaukee had the NBA's best regular-season record at 60-22 and will likely enter next season with the MVP — if Giannis Antetokounmpo walks away with that trophy on June 24. He's vowing to improve and that might make the Bucks, who have some free-agent decisions to ponder, better as well.

"Giannis is going to get better," Bucks coach Mike Budenholzer said. "To be excited about his future at 24 ... the thing that makes Giannis unique and exciting is in our minds, we feel like he's going to get a lot better. Giannis, we feel, has got a lot of room to grow."

Philadelphia gave Toronto all it wanted in a seven-game series, and seeing the Raptors win the title might convince the 76ers that they're right there as far as being a championship-ready club. In L.A., James missed the finals for the first time since 2010 and will surely be motivated for better things — if the Lakers can escape the dysfunctional rut that they've been in for the past few months. Houston may sense opportunity with Golden State ailing. Oklahoma City has two elite players in Russell Westbrook and Paul George, both coming off surgeries. Perhaps it's time for a team like Denver or Portland to take another big step forward.

At this time last year, few thought the Raptors would win the 2019 championship.

Everyone should stay tuned to see who wins in 2020 — there are no guarantees.

"I know how hard it's been, how hard it is to get here," Raptors guard Kyle Lowry said, a few minutes after he became a champion for the first time. "And it takes some luck."