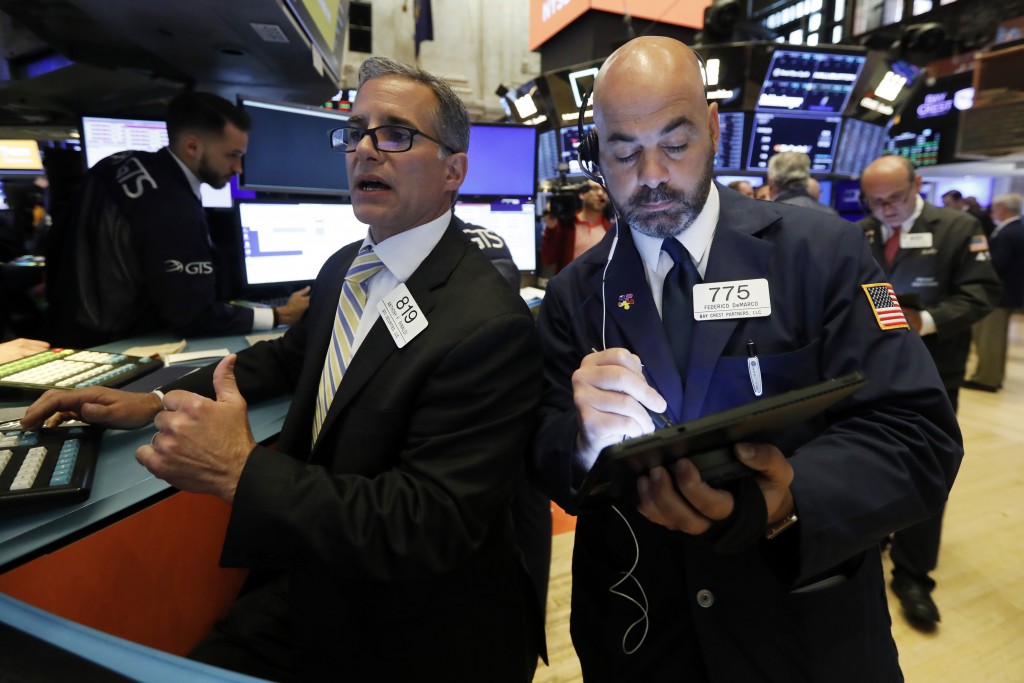 NEW YORK (AP) — U.S. stocks fell in early trading Friday on Wall Street after a major chipmaker issued a sharp warning about how the U.S.-China trade war is disrupting a key industry.

Technology led the broader market lower at the end of an uneven week of trading. Broadcom warned that demand for chips has slumped because of restrictions on sales to Chinese technology firms and hesitation among customers to place new orders. Broadcom fell the most among chipmakers and Intel, Texas Instruments and Nvidia were also among the heaviest weights on technology stocks.

Facebook rose 2% and propped up a communications sector heavy with media and internet companies. The social media company is gaining some key backers for its upcoming cryptocurrency, according to media reports.

Utility stocks were among the biggest gainers. That's normally a sign that investors are worried about economic growth and shifting money into safer holdings. Consumer staples, also considered less risky, swayed between small gains and losses.

In another sign investors are seeking safer holdings, bond yields fell slightly to 2.08% from 2.09% Thursday.

The week has been full of uneven trading and swings between safe-play and risky holdings. Stocks opened strong on Monday, then spent the rest of the week seesawing as investors searched for direction amid lingering trade dispute tensions. A suspected attack on two oil tankers in the Strait of Hormuz also threw more uncertainty into the market.

Despite the volatile week, both the S&P 500 and Nasdaq are poised to eke out slight gains for the week. Every major index is still up more than 4% so far this month.

The market is also looking ahead to next week's meeting of policyholders of the U.S. Federal Reserve. Last week, Fed Chair Jerome Powell set off a market rally after he signaled that the central bank is willing to cut interest rates to help stabilize the economy if the trade war between Washington and Beijing starts to reduce growth.

STALE CHIPS: Broadcom fell 6.7% and dragged its fellow chipmakers lower after warning that restrictions on sales to China will crimp demand.

The restrictions are mostly aimed at Chinese phone maker Huawei. The U.S. has called the company a national security threat. But, the company controls much of the phone market in China and U.S. chipmakers rely on it and the supply chain it involves for a significant portion of revenue.

Broadcom, which gets about half its revenue from China, shaved $2 billion from its full year revenue forecast. It cited export restrictions on one of its "largest customers" and said other customers have cut inventory levels.