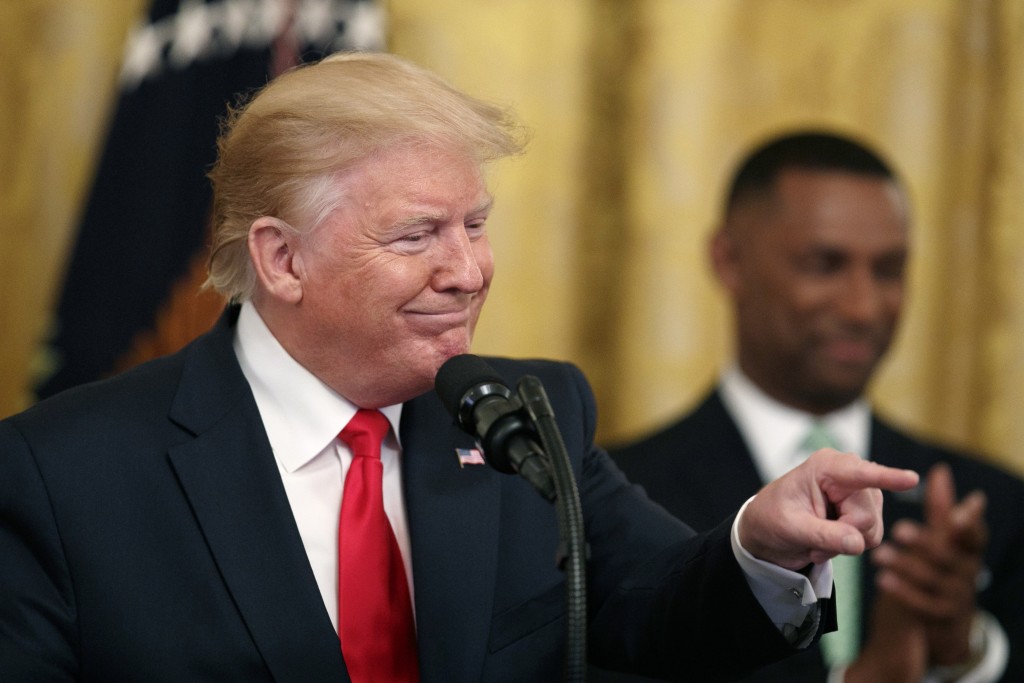 WASHINGTON (AP) — President Donald Trump is now saying he may contact the FBI if a foreign power presented him with negative information about a political opponent.

Trump, in an interview Friday with "Fox & Friends," appeared to walk back his comments from earlier in the week.

The president still said he would "of course" look at the information in order to determine whether or not it was "incorrect."

But he added that if he "thought anything was incorrect or badly stated" he would "absolutely" notify law enforcement.

Those comments are different than what he told ABC this week, when he said he would consider accepting information from an outside nation and would not contact law enforcement. That outraged Democrats who said it evoked Russia's 2016 election interference.