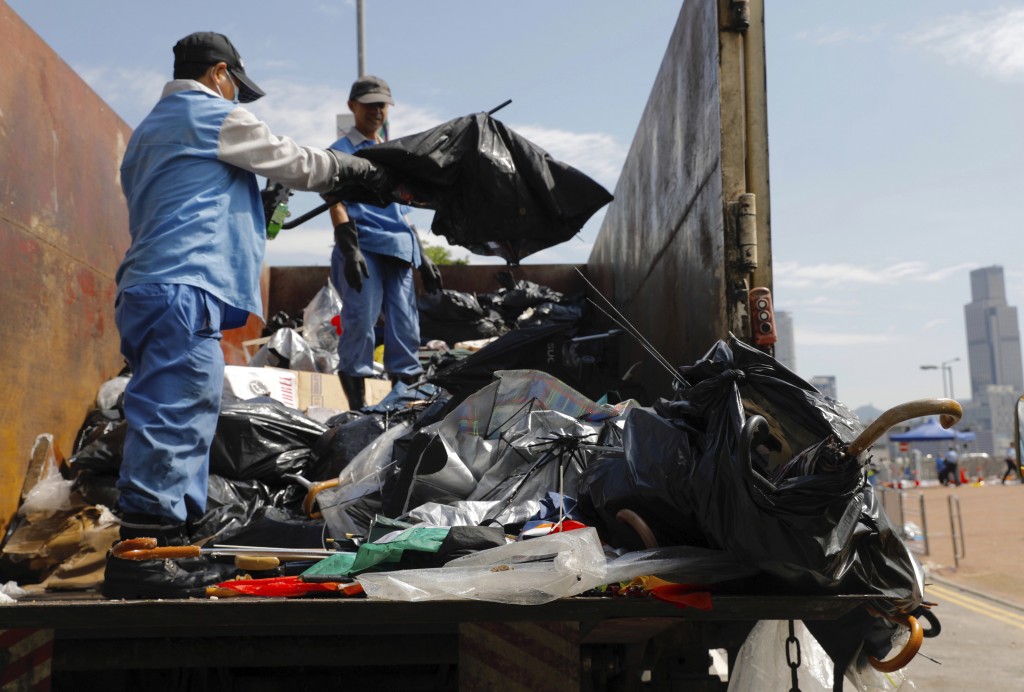 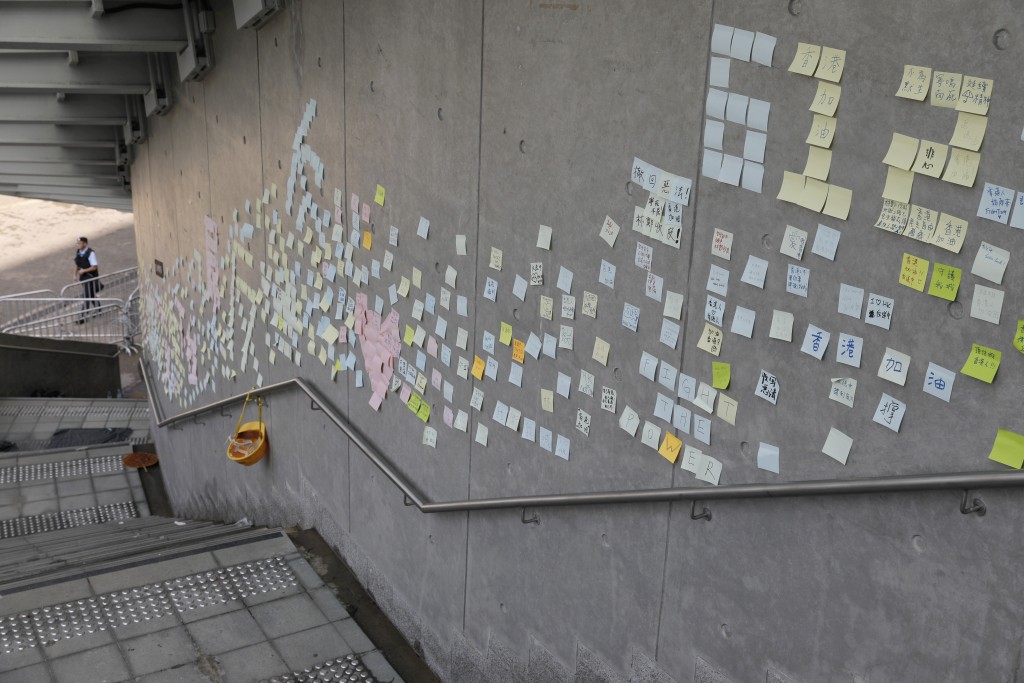 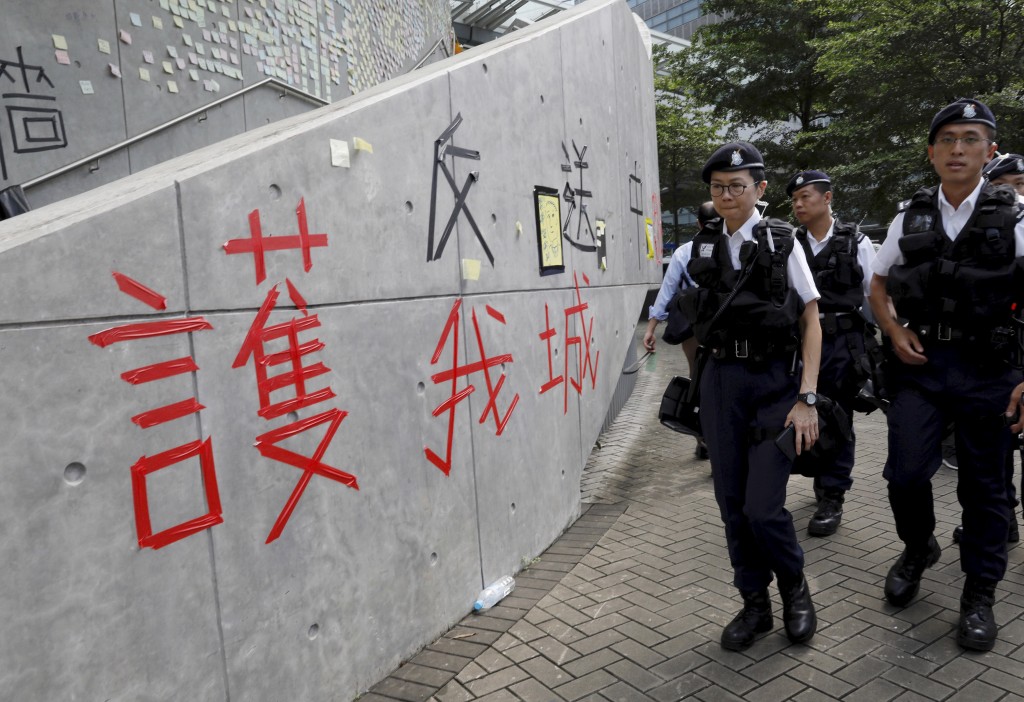 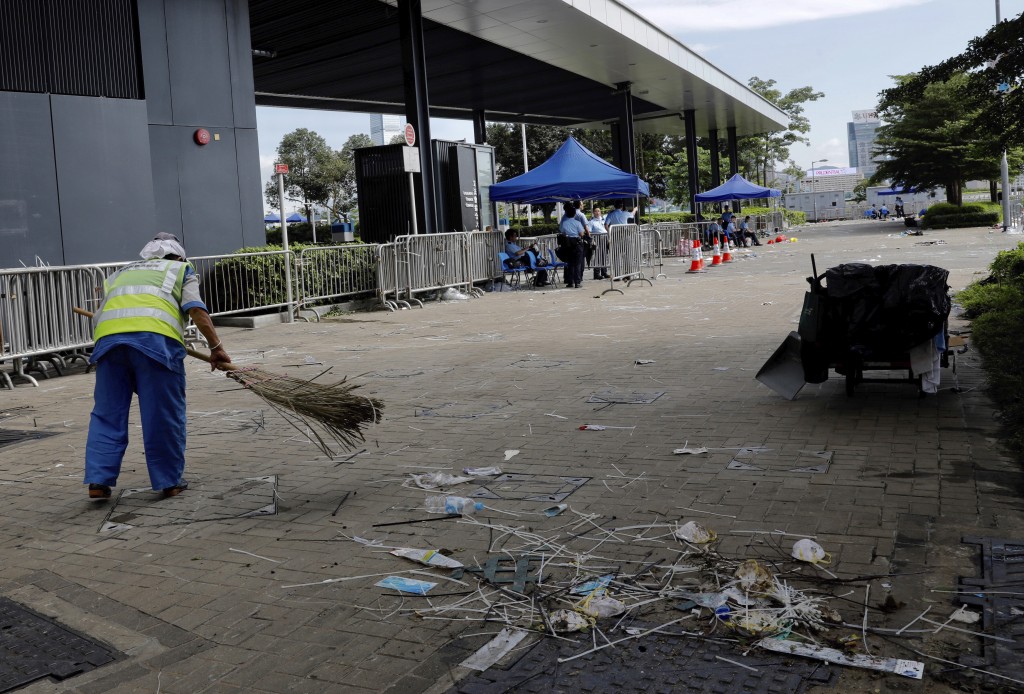 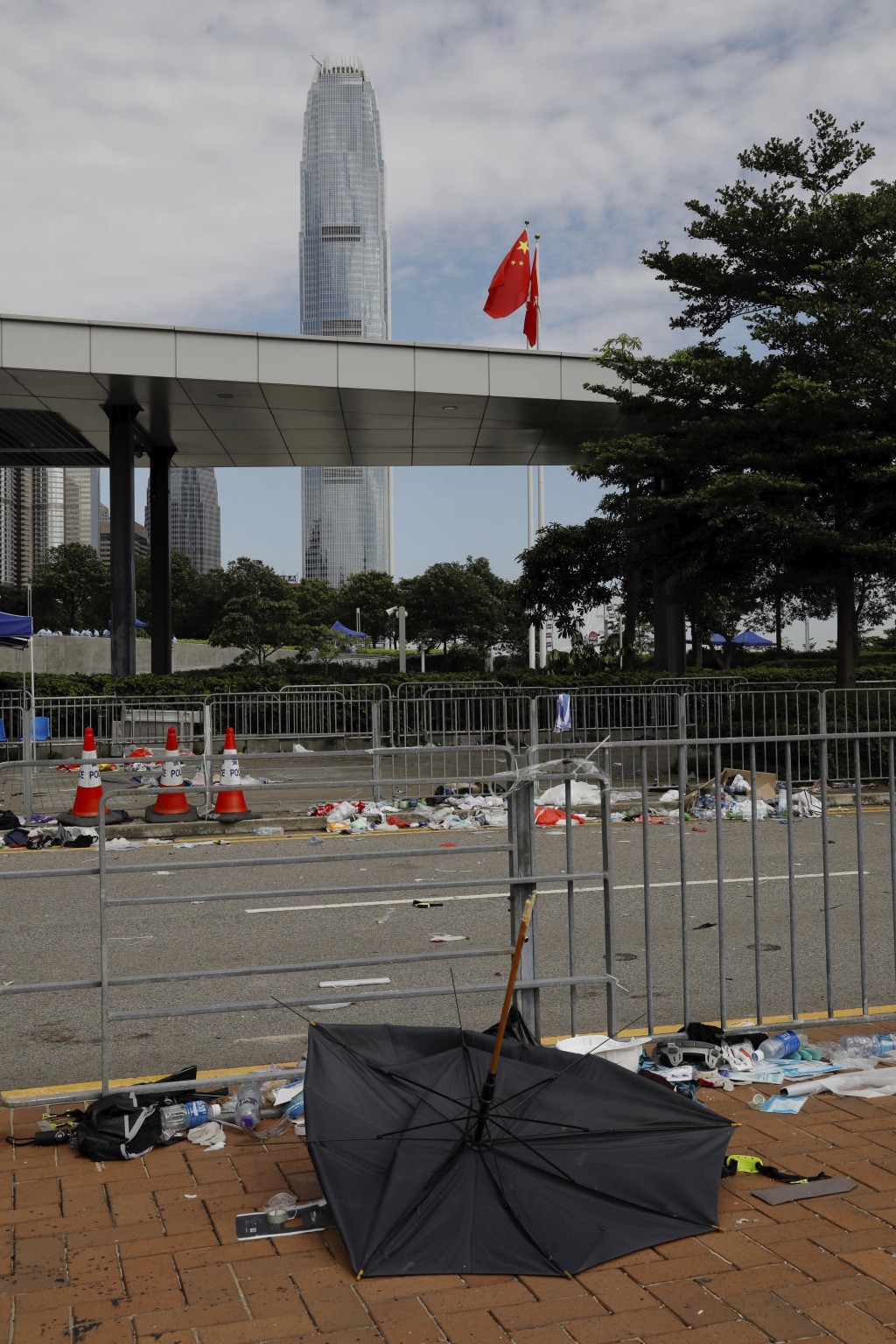 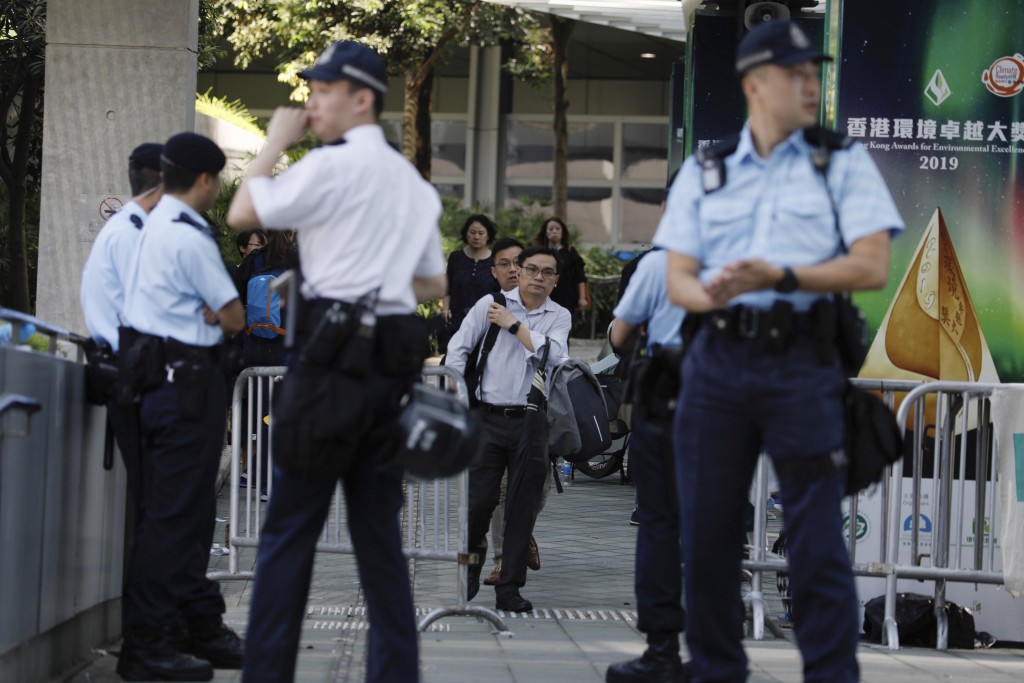 HONG KONG (AP) — Hong Kong authorities were bracing Friday for more protests by demonstrators trying to prevent Beijing-appointed Chief Executive Carrie Lam from pushing through a bill that would allow suspects from the territory to be tried in mainland Chinese courts.

As of Friday afternoon, nearly 30,000 people had signed a petition protesting the use of force by police during violent clashes with protesters earlier in the week.

The busy downtown area was calm Friday morning after days of protests by students and human right activists. But a demonstration by a group of mothers angry with police use of rubber bullets, batons and other forceful measures was expected Friday evening. Still more protests were planned for Sunday and Monday.

Demonstrators have said they remain committed to preventing the government from enacting amendments they see as eroding the legal autonomy Hong Kong retained when Britain ended its colonial rule of the city in 1997, handing sovereignty to Beijing.

Traffic flowed on major thoroughfares that had been closed after a protest by hundreds of thousands of people on Sunday, challenging Lam's two-year-old government. Protesters had kept up a presence through Thursday night, singing hymns and holding up signs criticizing the police for their handling of the demonstrations.

The clashes Wednesday drew tens of thousands of mostly young residents and forced the legislature to postpone debate on the bill.

Police said they arrested 11 people on charges such as assaulting police officers and unlawful assembly. Police Commissioner Stephen Lo Wai-chung said 22 officers had been injured in the fracas and hospitals said they had treated 81 people for protest-related injuries.

Signs were posted on the walls of a pedestrian bridge near the city's government headquarters, including photocopies of the famed Associated Press "Tank Man" picture that became a symbol of resistance to China's bloody suppression of student-led pro-democracy protests centered on Beijing's Tiananmen Square in 1989.

Other signs criticized the police for their use of force in fighting back against protesters.

The debris-strewn area around the building, which houses the Legislative Council, was blocked off by police while sanitation workers gathered rubbish and police officers checked identity cards before letting people into the area.

The standoff between police and protesters is Hong Kong's most severe political crisis since the Communist Party-ruled mainland took control in 1997 with a promise not to interfere with the city's civil liberties and courts.

It is unclear how the local leadership might defuse the crisis, given Beijing's strong support for the extradition bill and its distaste for dissent.

Beijing has condemned the protests but so far has not indicated whether it is planning harsher measures. Chinese President Xi Jinping, the country's strongest leader in decades, has demanded that Hong Kong follow Beijing's dictates, saying it would not tolerate the city becoming a base for what the Communist Party considers a foreign-inspired campaign to undermine its rule over the vast nation of 1.4 billion people.

Lam, the chief executive, declared that Wednesday's violence was "rioting," potentially raising severe legal penalties for those arrested for taking part. In past cases of unrest, the authorities have waited months or years before rounding up protest leaders. In April, nine leaders of a 2014 pro-democracy protest movement known as the "Umbrella Revolution" were convicted on public nuisance and other charges.

Not all in Hong Kong support the latest protests. About a dozen older people staged a demonstration Thursday in a downtown garden in support of the extradition bill.

Hong Kong residents enjoy liberties denied to Chinese living in the mainland: June 4 brought one of the biggest vigils in recent years to commemorate the 30th anniversary of the 1989 protests in Beijing.

But many in the city worry over freedoms that have been diminishing since Xi came to power in 2012.

The detention of several Hong Kong booksellers in late 2015 intensified worries about the erosion of the territory's rule of law. The booksellers vanished before resurfacing in police custody in mainland China. Among them, Swedish citizen Gui Minhai is under investigation for allegedly leaking state secrets after he sold gossipy books about Chinese leaders.