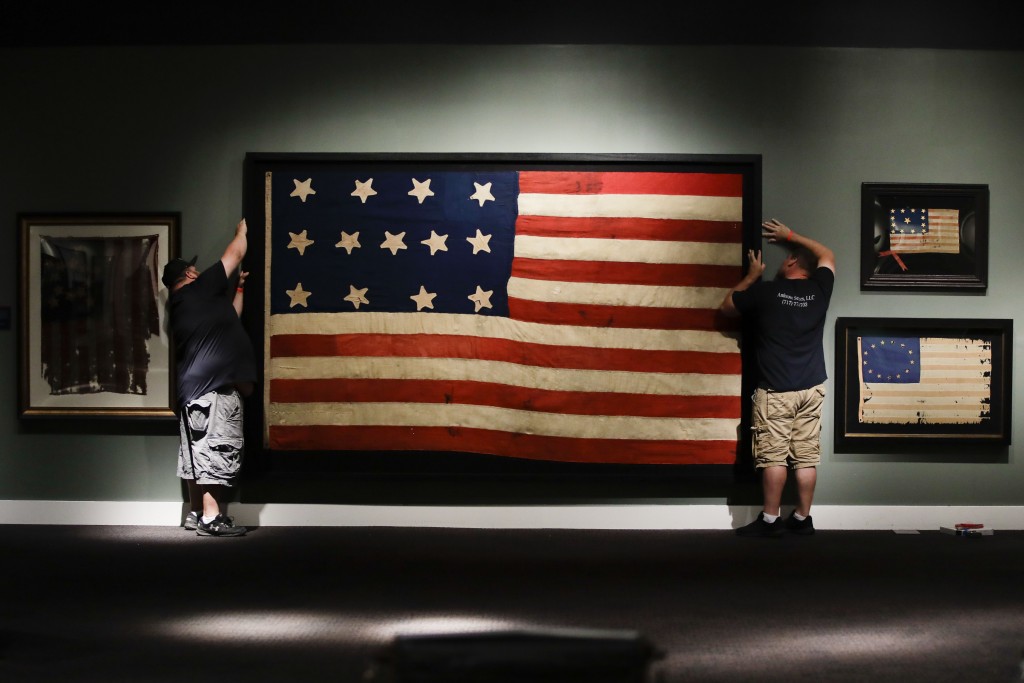 PHILADELPHIA (AP) — Dozens of rare 13-star American flags never before exhibited will be on display at the Museum of the American Revolution.

Antique flag dealer and expert Jeff Bridgman has loaned the historic flags to the Philadelphia museum for display starting Friday, which is Flag Day.

The flags feature 32 arrangements of 13 stars representing the 13 original Colonies. There was no official pattern for the stars until 1912. Flag makers had previously arranged the stars however they wanted.

A highlight of the display is a nearly 6-foot (1.8-meter) flag that features 13 stars that roughly form the letters "U'' and "S."

Three flags from flag maker Sarah McFadden, known as the "Betsy Ross of New York," will be on display.

"A New Constellation: A Collection of Historic 13-Star Flags" runs through July 14.