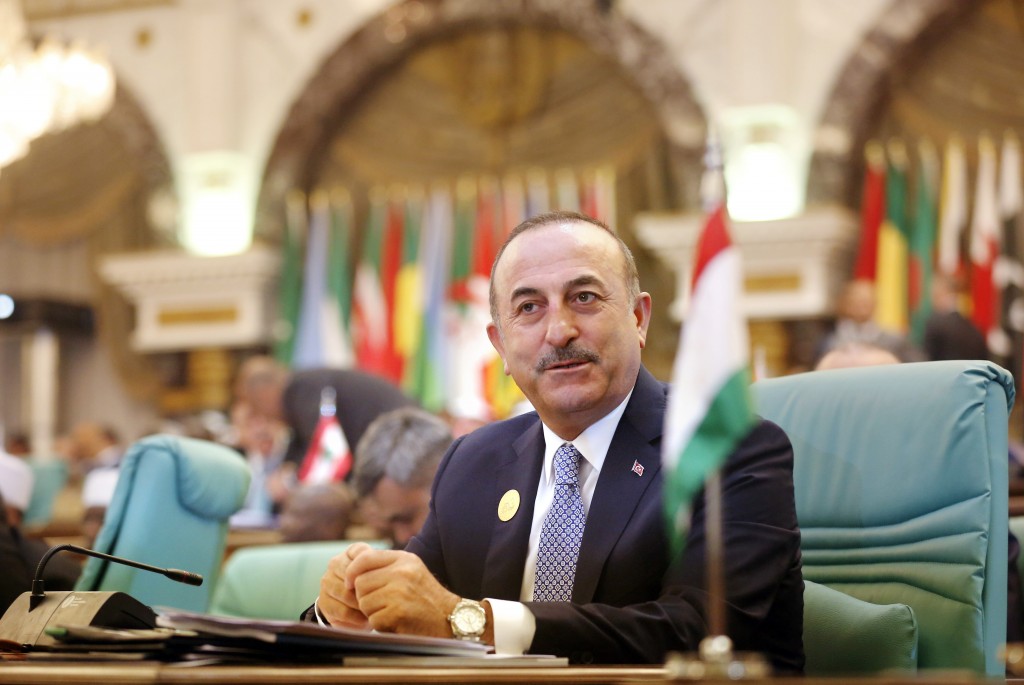 ANKARA, Turkey (AP) — Turkey's foreign minister said Thursday his country won't bow to "ultimatums" after the United States warned Turkey it was excluding it from the F-35 fighter jet program over its deal with Russia to purchase its S-400 missile defense system.

U.S. Acting Defense Secretary Patrick Shanahan said in a letter to his Turkish counterpart last week that the training of Turkish pilots will end July 31 and that Turkey wouldn't be allowed to take final possession of the four F-35 aircraft it bought.

Shanahan also warned that Ankara's purchase of the Russian system could hamper America's future relationship with Turkey, a NATO member which has been a critical U.S. partner and base for combat operations, including for the war in Syria.

Washington insists the Russian missile defense system poses a security risk to the F-35 program. The issue has strained already tense ties between the U.S. and Turkey.

Speaking to reporters at a joint news conference with his French counterpart, Foreign Minister Mevlut Cavusoglu reiterated that the S-400 deal had been concluded and that Turkey would take delivery of the S-400 missiles.

He said: "Turkey won't reverse its decision with such letters."

Turkish Defense Minister Hulusi Akar meanwhile, held a telephone conversation with Shanahan during which he told his counterpart that the Turkey was disturbed "by the tone and stance of the letter that does not suit the spirit of alliance," the Defense Ministry said.

A ministry statement said the two men agreed to hold further talks at a NATO defense ministers in Brussels.