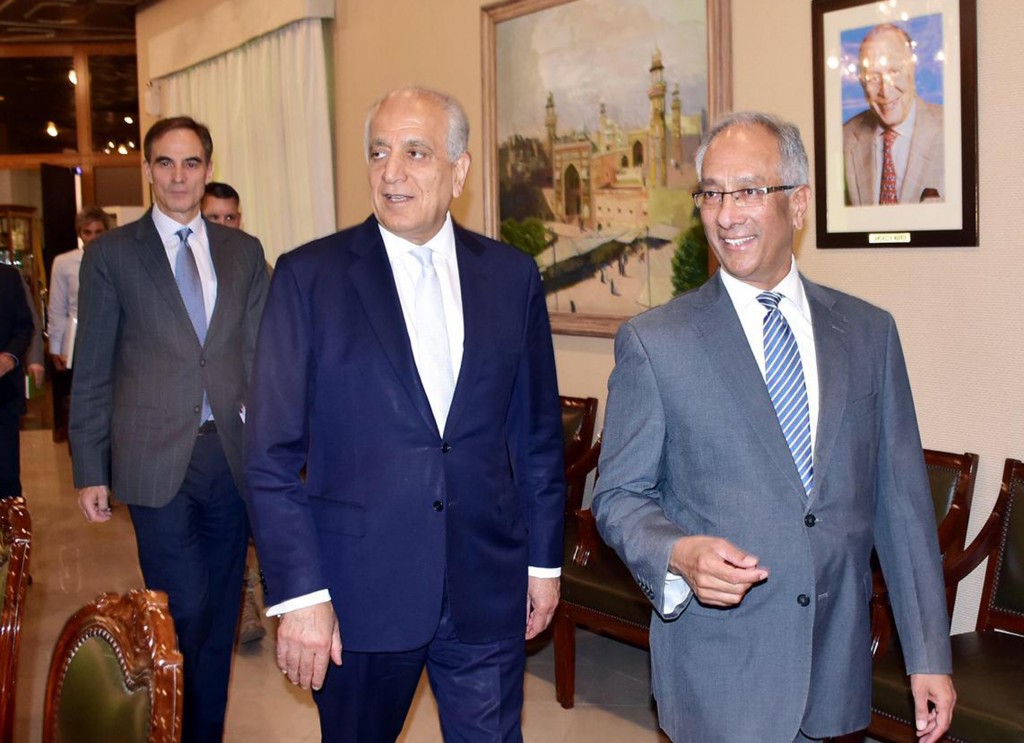 KABUL, Afghanistan (AP) — A suicide bomber walked up to an Afghan police vehicle in Jalalabad, the capital of eastern Nangarhar province, and detonated an explosive device that killed three police and six civilians on Thursday, said provincial health department official Shoaib Sahak. He said another 13 people were wounded, some of the seriously.

Attahullah Khogyani, spokesman for the provincial governor, said security forces were the target of the attack. Several of the injured were police, he said.

No one took immediate responsibility for the attack, but both the Islamic State affiliate known as Islamic State Khorasan Province and the Taliban operate in Nangarhar province, considered an IS stronghold.

Afghanistan's security forces come under near-daily attacks by both Taliban and IS-affiliated fighters. Afghan forces have suffered staggering casualties in recent years, even as the Taliban hold peace talks with the U.S. Peace Envoy Zalmay Khalilzad. He is currently in the Afghan capital, Kabul, trying to restart stalled peace talks aimed at ending the country's 18-year war and America's longest-running military engagement.

The Taliban have held talks with prominent Afghans, including former president Hamid Karza and members of opposition political parties, but so far they have refused to hold direct talks with the Afghan government, calling them U.S. puppets

Late Wednesday, the Afghan government freed 490 Taliban prisoners from jails across the country in a goodwill gesture that was also an attempt to further the peace process.

The freed Taliban insurgents were either ailing or had less than a year remaining on their prison sentence, Feroz Bashari, government media center chief, told The Associated Press on Thursday. They were part of a group of 887 inmates that President Ashraf Ghani ordered freed to mark the Eid-al-Fitr holiday that followed the end of the holy month of Ramadan earlier in June, he said. It wasn't known when the remaining prisoners would be released.