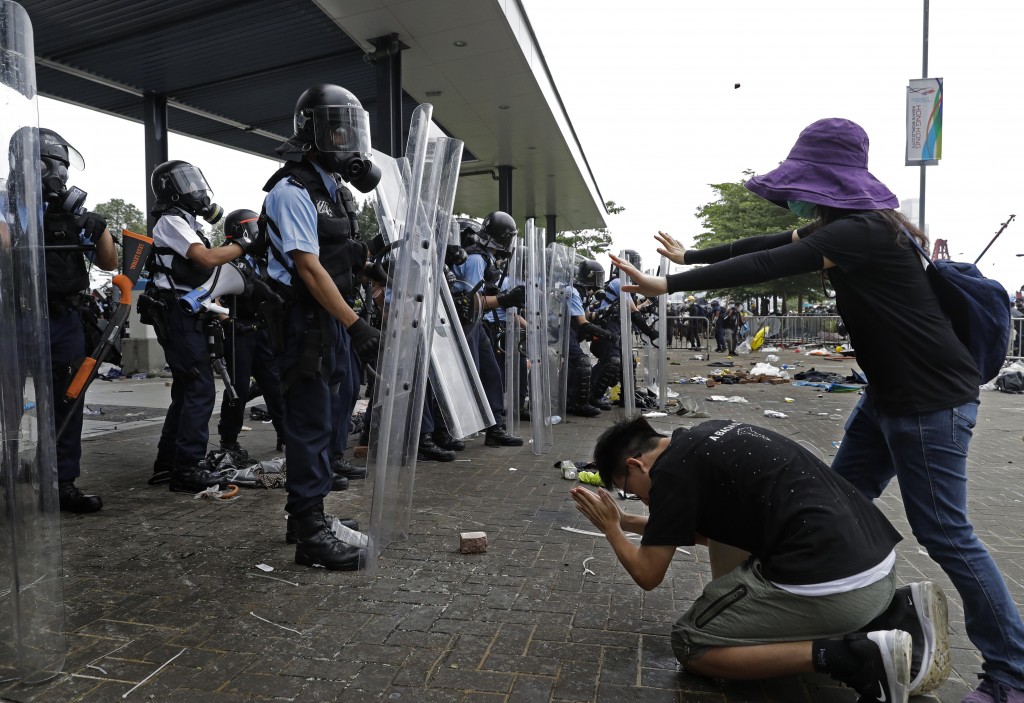 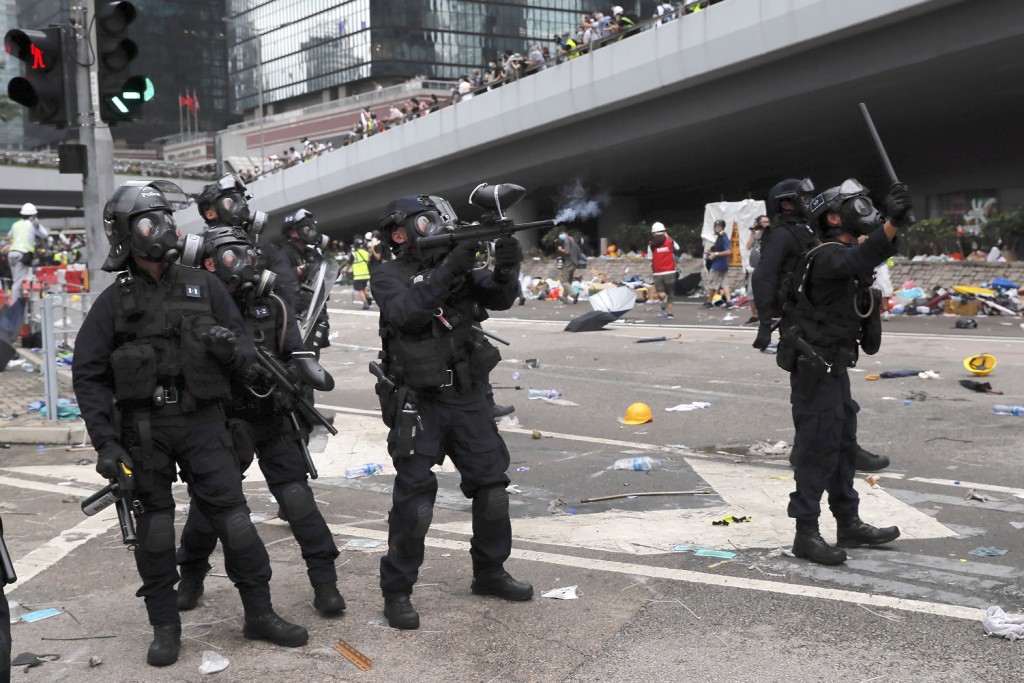 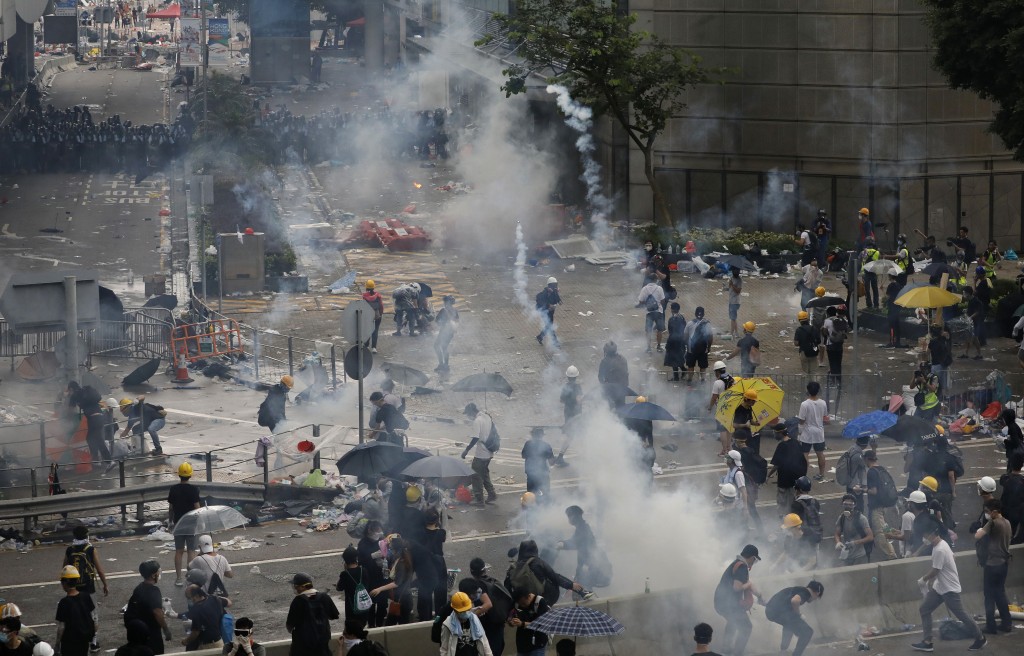 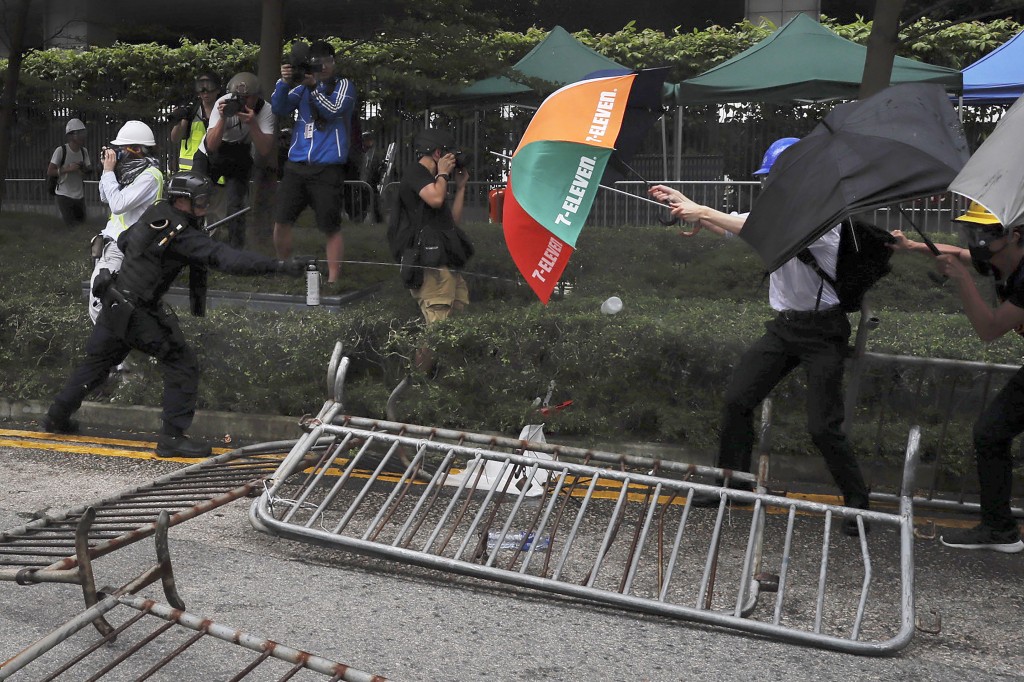 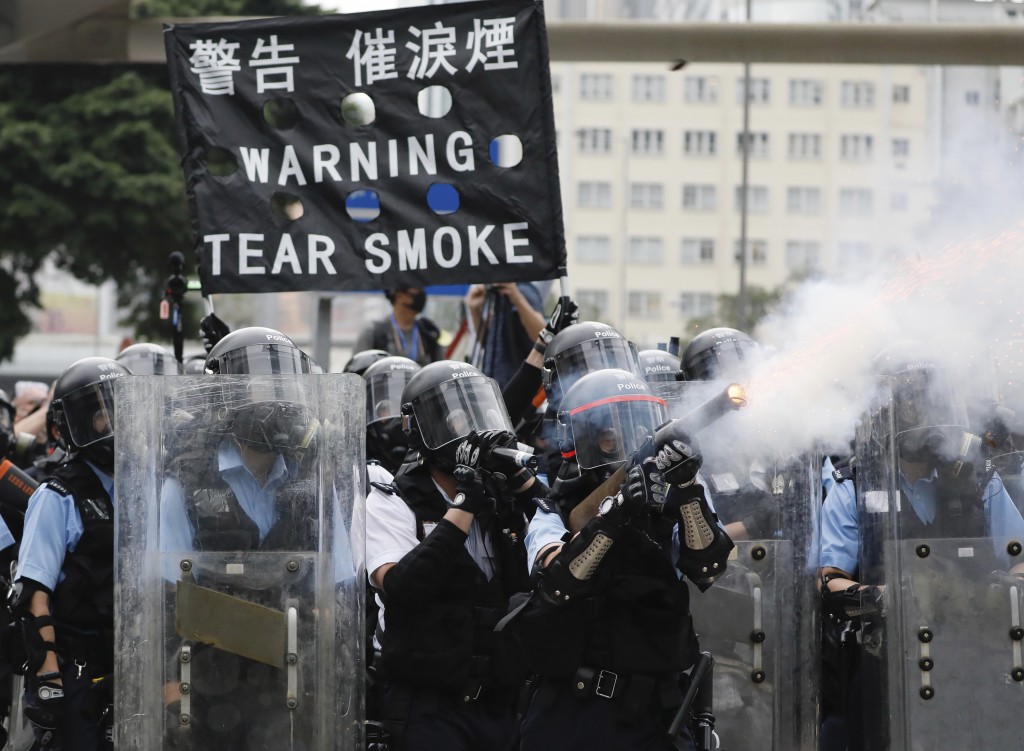 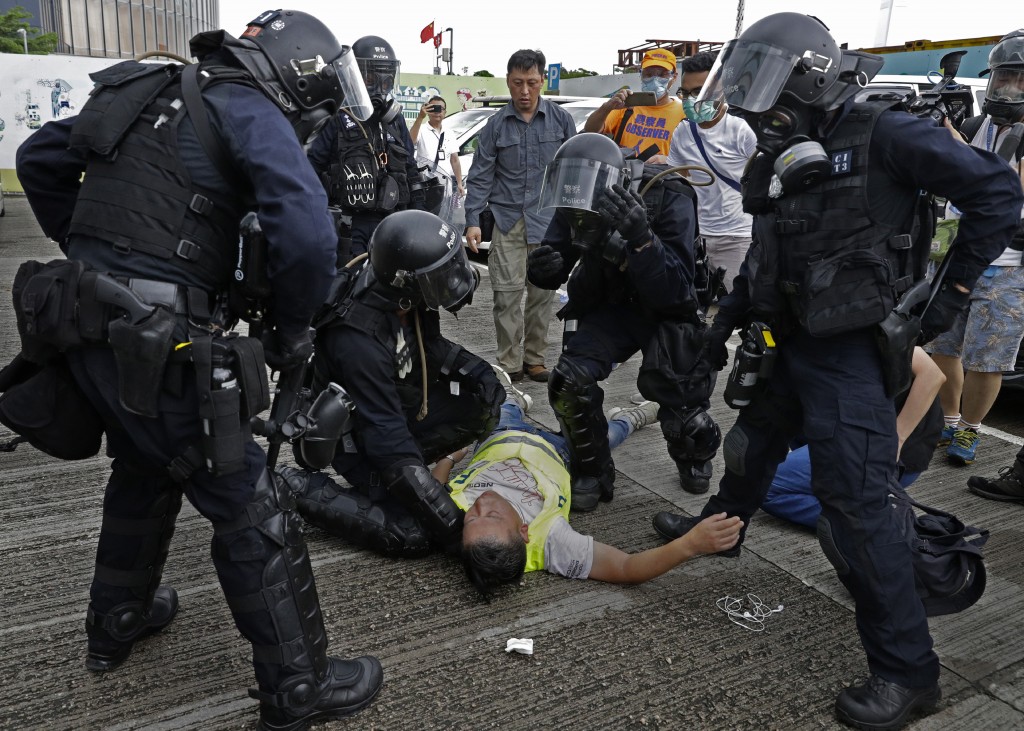 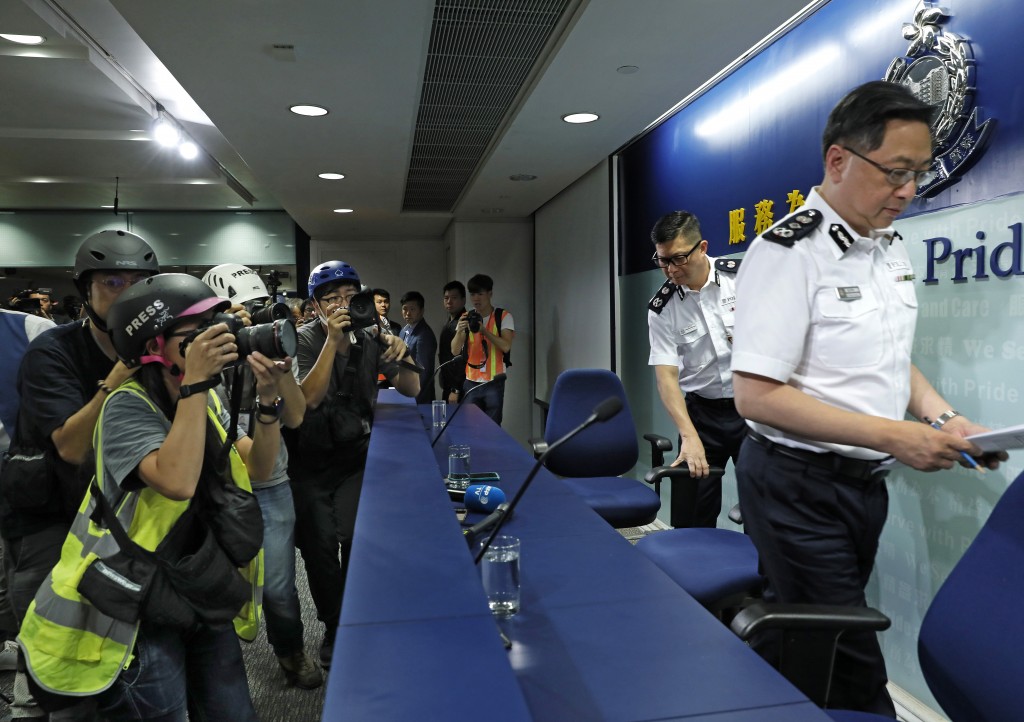 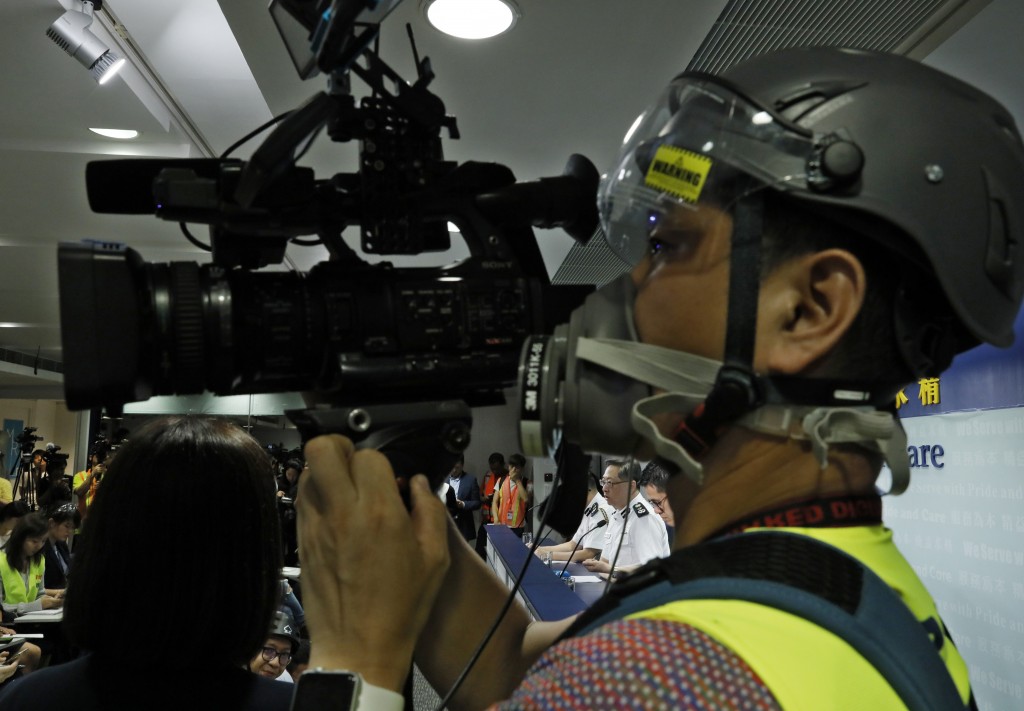 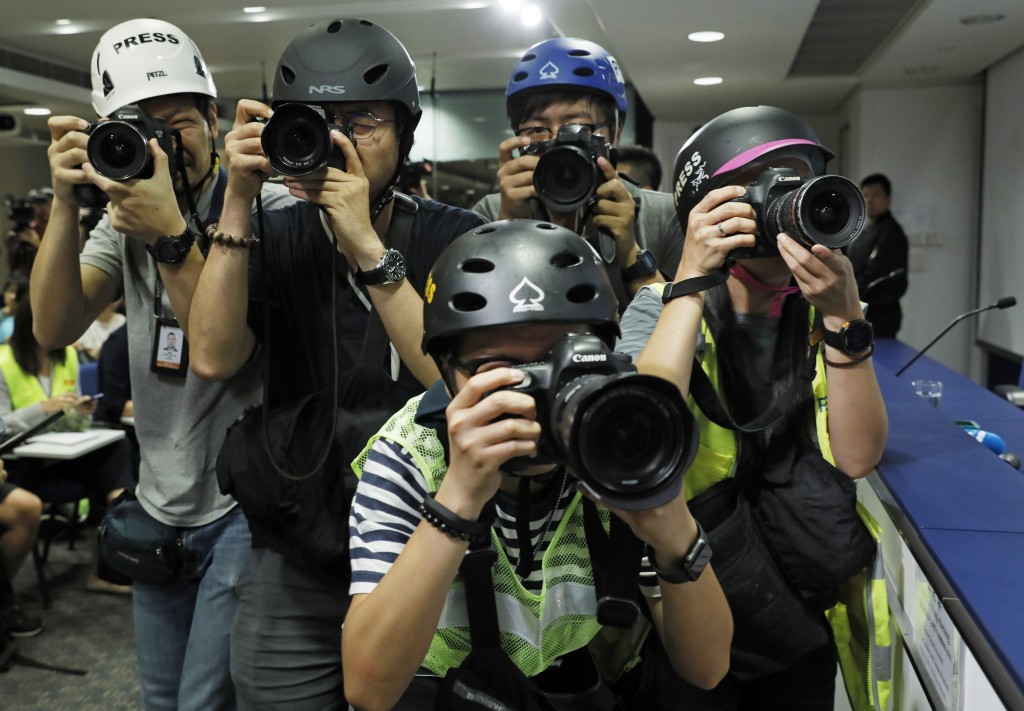 Hong Kong police resorted to harsher-than-usual tactics to suppress protesters this week in the city's most violent turmoil in decades.

Police fired rubber bullets and beanbag rounds at the crowds, weapons that have not been widely used in recent history.

Human rights groups criticized the tough tactics, while police said they were necessary against crowds of people who broke through barriers outside government headquarters and the legislature on Wednesday.

Officers at one point "had no choice but to escalate the use of force to disperse the crowd," Stephen Lo, the Hong Kong commissioner of police, told reporters Thursday. "The behavior of the violent protesters yesterday imposed a serious threat to the public order."

Hong Kong police used tear gas for the first time since that year's huge 79-day pro-democracy "Umbrella Movement" demonstrations, which marked the beginning of a shift to a tougher police approach.

Steve Tsang, director of the China Institute at London's School of Oriental and African Studies, said that before 2014, Hong Kong police handled large demonstrations by using softer, non-confrontational tactics. They didn't wear tactical helmets and instead gave out bottled water and medical kits.

The officers "almost invariably managed to get the local demonstrators to cooperate with them," he said. Police "kept all the hardware in vans and buses" instead of bringing it out onto the streets, he added.

In September 2014, police unleashed 87 rounds of tear gas at protesters who had massed in the same location as the current protests, temporarily forcing them off the roads they had occupied. But after the smoke dissipated, bigger crowds returned, angrier than before.

Tsang said a similar result is the most likely outcome this time.

Amnesty International's Hong Kong director, Man-Kei Tam, said tear gas and rubber bullets should never be used to disperse peaceful protesters because they are "notoriously inaccurate and indiscriminate, and can result in serious injury and even death."

The group warned that the police action was "fueling tensions and is likely to contribute to worsening violence, rather than end it."

Before 2014, police last used tear gas and pepper spray against South Korean farmers protesting against the World Trade Organization talks in Hong Kong in 2005. Prior to that, the most violent riots in the city were in 1967, when pro-communist supporters clashed with British colonial authorities as the Cultural Revolution spilled over from mainland China.

The only recent incident in which Hong Kong police deployed potentially lethal force came during the 2016 Lunar New Year holiday, when protesters clashed with police in the city's gritty Mong Kok neighborhood and an officer used his gun to fire warning shots into the air.