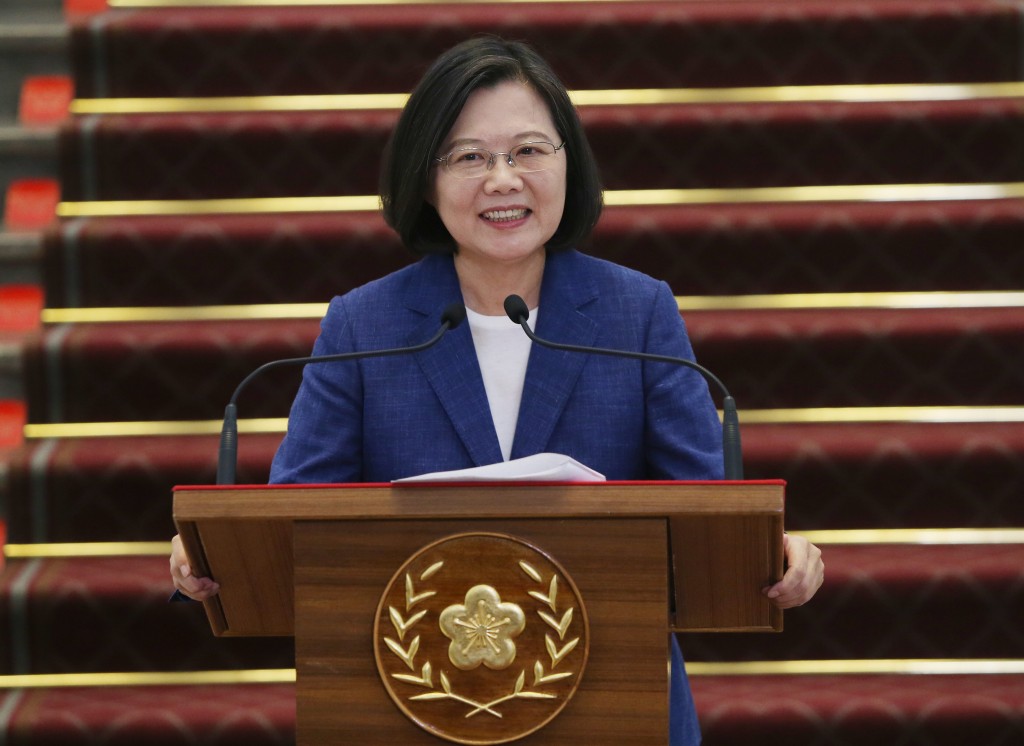 The amendments to the extradition bill constitute a“violation of human rights,” and “the breach of the national sovereignty of the Republic of China,” said Tsai, who just secured the Democratic Progressive Party’s presidential nomination, during a press conference held at the Presidential Office in the afternoon.

The Taiwan government will not recognize the extradition bill even if it passes the territory’s legislature, nor will it work with the Hong Kong authorities under the framework of such legislation, Tsai said.

“The bill that violates human rights should not serve as a precondition for mutual cooperation in combating crime,” said Tsai. “We will not be an accomplice to the malicious law.”

The extradition bill, which many fear will further erode Hong Kong’s freedom and relatively independent rule of law, has been put on hold as Hong Kong’s Legislative Council announced in the morning there would be no debates in the legislature on Thursday.

At least 72 people were hospitalized on Wednesday during the riot police’s violent clearing of thousands of protesters. Law enforcement deployed water cannons, tear gas, and rubber bullets against demonstrators who occupied the city’s streets to demand the withdrawal of the extradition bill.

During the press conference, Tsai did not respond positively to the question about whether her administration will consider granting asylum to Hong Kong residents, if tensions between protesters and the Hong Kong authorities continue to escalate.

Tsai said instead the country will make its biggest effort to help the citizens of Hong Kong to maintain the territory’s democracy and the freedom of expression. In addition, she once again denounced the “one country, two systems” framework, saying Taiwan will never accept such arrangement imposed by Beijing.

Earlier in the morning, a group of Hong Kong students based in Taiwan filed a petition to Tsai, asking the Taiwan government to take action against the controversial bill. The group was received by Secretary-General to the President Chen Chu (陳菊), who assured the students of their safety in Taiwan.

The Hong Kong authorities originally argued that the amendment will allow a Hong Kong murder suspect, who has allegedly killed his girlfriend during their trip to Taipei, to be properly tried in Taiwan.

However, Taiwan’s Mainland Affairs Council (MAC), the top government agency handling cross-strait affairs, warned that the legislation will also have an impact on Taiwanese people.

If the bill passes Hong Kong’s Legislative Council, which is now controlled by pro-Beijing lawmakers, Taiwanese people whom the Chinese authorities do not agree with could be extradited to China on “groundless charges” at Beijing’s request if they visit or make a stopover in Hong Kong, said MAC.