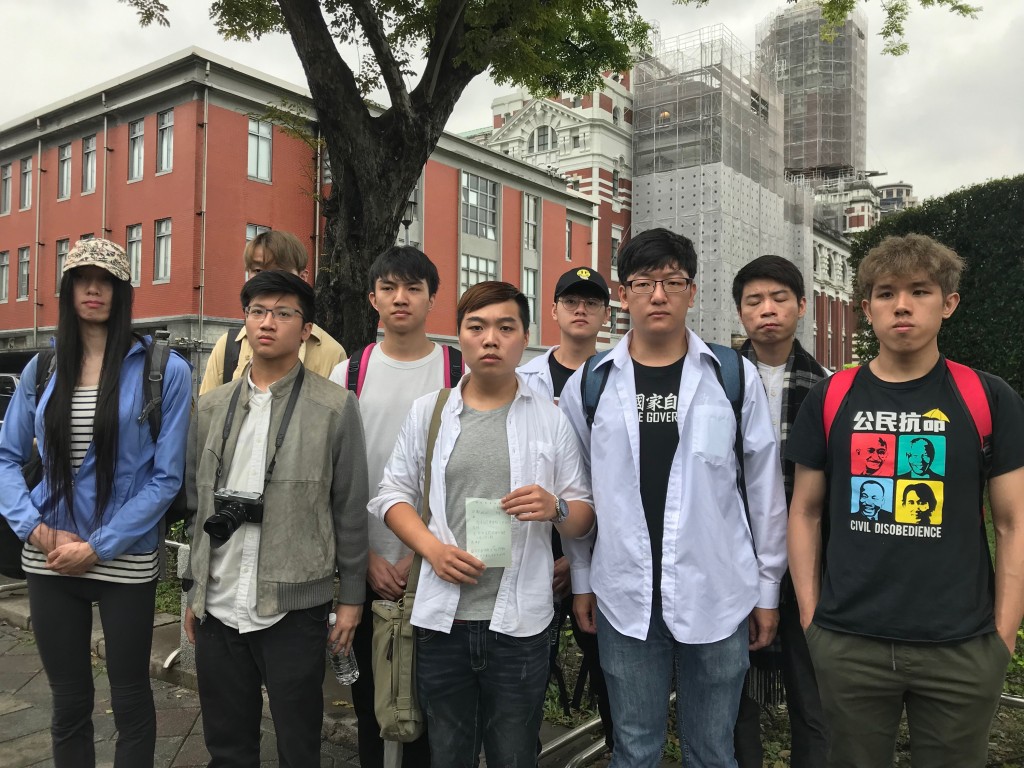 Dozens of Hong Kong students gathered on Ketagalan Boulevard in the morning, asking to meet with Tsai and deliver a petition regarding the extradition law amendments proposed by the Hong Kong government. Secretary-General to the President Chen Chu (陳菊) later met with student representatives at the Presidential Office and received the petition on behalf of the president.

Chen told the students that Tsai is very concerned about the situation in Hong Kong and promised to ensure the safety of Hong Kong students in Taiwan, according to Gary Cheung, a student currently studying at National Taiwan University of Arts.

The petition also asks the Tsai administration to ensure the safety and freedom of expression of Hong Kong residents in Taiwan, and provide “emergency assistance” if necessary. It does not, however, specify what constitutes an emergency situation.

The extradition bill, which many fear will further erode Hong Kong’s freedom and relatively independent rule of law, has been put on hold as Hong Kong’s Legislative Council announced in the morning there would be no debates in the legislature on Thursday.

The bill’s passing was delayed on Wednesday as protesters took to Hong Kong’s streets, setting up barriers and blocking main roads. The long day of tension between protesters and police broke into violent clashes as the authorities deployed water cannons, tear gas, and rubber bullets against demonstrators in the afternoon, causing dozens of injuries.

In a Facebook post on Wednesday evening, Tsai expressed her support for the citizens of Hong Kong and condemend the Hong Kong authorities for using force. “Utterly saddened to see the images of #HongKong police firing rubber bullets at protesters.”

“To the people of Hong Kong: you may feel your demands for freedom seem to fall on deaf ears, please know that all like-minded friends in #Taiwan & around the world are standing with you,” said Tsai.

On the other hand, Hong Kong’s Chief Executive Carrie Lam, via a video clip released in the evening, condemned the protests and described them as “riots.”