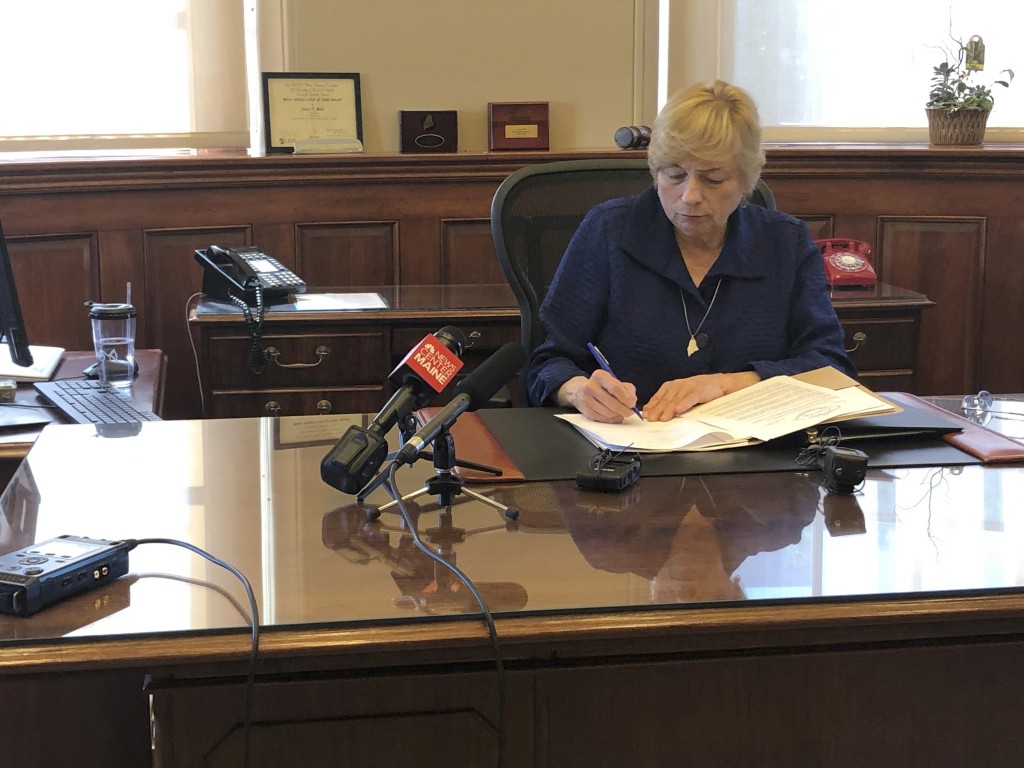 Democratic Gov. Janet Mills, who had previously said she was unsure about the bill, signed it in her office.

"It is my hope that this law, while respecting the right to personal liberty, will be used sparingly," said Mills.

Oregon was the first state to legalize such assistance, in 1997, and it took over a decade for the next state, Washington, to follow suit. While still controversial, assisted suicide legislation is winning increasing acceptance in the United States, and this year at least 18 states considered such measures.

Maine's bill would allow doctors to prescribe a fatal dose of medication to terminally ill people. The bill declares that obtaining or administering life-ending medication is not suicide under state law, thereby legalizing the practice often called medically assisted suicide.

The proposal had failed once in a statewide referendum and at least seven previous times in the Legislature. The current bill passed by just one vote in the House and a slim margin in the Senate.

The signing Wednesday was a relief to Mainers such as Staci Fowler, 47, who's taken on the fight for such laws in honor of her late friend Rebecca VanWormer.

VanWormer, whose breast cancer spread to her bones, had pushed for such a bill in 2015 — two years before she died in 2017.

"This is what she wanted," said Fowler, an educational consultant in Gardiner. "And now everybody has the option that she didn't have."

Montana doesn't have a specific law on the books, but the state Supreme Court ruled in 2009 that doctors could use a patient's request for life-ending medication as a defense against criminal charges.

Maine's population has the oldest median age, and, as in other states, the proposal has exposed divisions that defied party lines.

Supporters, including Democrats and a small group of Republicans who say the legislation is in line with the rugged state's tradition of individualism, say the terminally ill should have the right to choose how their lives end.

The governor said she believes the law should protect such rights, while also spelling out protections for those "unable to articulate their informed choices."

She issued an executive order Wednesday calling for the state to swiftly put the law's protections into place and analyze the law's impact.

Opponents, meanwhile, have said any assisted suicide legislation puts the terminally ill and individuals with disabilities in danger of abuse, coercion and mistakes. Such groups argue that doctors can be wrong and that government is devaluing life by "turning suicide into a medical option."

"Do you think the insurance companies will do the right thing or the cheap thing?" said Teresa McCann-Tumidajski, executive director of the Maine Right to Life Committee. "The so-called safeguards are there for the physicians, insurance carriers and lawyers. Not the patient."

The bill's Democratic sponsor said the latest language addresses criticism of past efforts that have failed in Maine.

The legislation defines "terminal disease" as one that is incurable and will likely end in death within six months.

The bill requires a second opinion by a consulting physician, along with one written and two verbal requests. Physicians would screen patients for conditions that could impair judgment, such as depression.