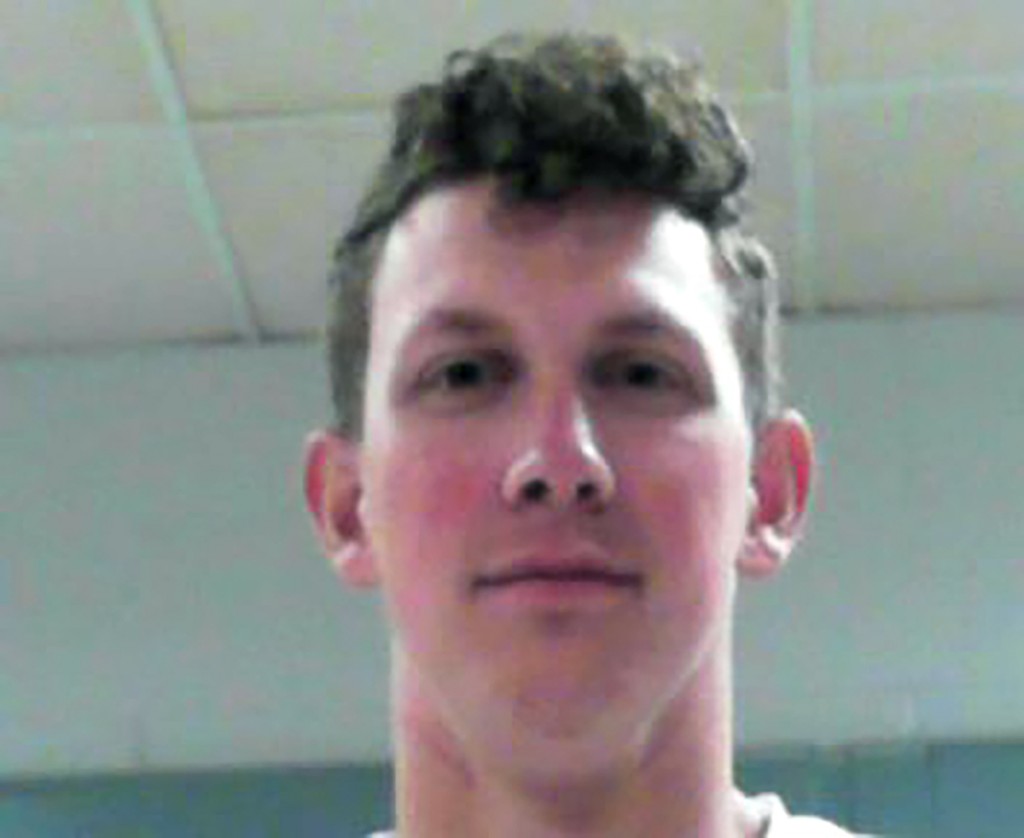 HUNTINGTON, W.Va. (AP) — Marshall University in West Virginia on Wednesday expelled a student who had been allowed to remain enrolled despite a conviction for a 2016 attack where he was accused of raping a female schoolmate.

The college's decision comes as 22-year-old Joseph Chase Hardin faces new sexual assault charges involving two additional women as well as media scrutiny on the case and the school's handling of the situation.

"I have zero tolerance for inappropriate, illegal behavior, and pledge that we will always treat sexual misconduct and violence with the utmost gravity. The safety of our students is our first obligation," said Marshall University President Jerome A. Gilbert.

The college says Hardin is being expelled now because he violated school rules on sexual misconduct.

He was indicted and jailed last week on second-degree sexual assault charges for two alleged rapes in 2018. Hardin was ordered to remain jailed Wednesday at a court hearing for violating probation from the earlier case, in which he was accused of raping a student in her dorm room in February 2016 but pleaded to a lesser charge of battery.

A circuit court judge denied a request by defense attorney Kerry A. Nessel to release Hardin.

An ongoing federal lawsuit against the university filed by the woman who lodged the 2016 accusation describes a botched disciplinary process and a pattern of harassment by Hardin. The suit says — and the woman's family and friends agree — that Hardin's continued attendance at Marshall forced her to leave what was her dream college.

"Her biggest fear was turning a corner in a hallway and running into him," said her grandfather, who attended the hearing Wednesday. He said the alleged attack "destroyed" her, sapping her academic focus and plunging her grades from A's to C's.

When she first reported the attack, her lawsuit says the college expelled Hardin but he was able to remain on campus during an appeal process. The school didn't implement restrictions to prevent the woman from encountering Hardin.

His friends taunted her on social media and she said Hardin wore one of her headbands at a basketball game to mock her, according to the lawsuit.

Marshall then assembled a student conduct panel, before which she was aggressively cross examined by Hardin's private attorneys when she had no lawyer of her own present, the suit says. The panel cleared him and he winked at her as he walked by, it added.

"It's an extra layer of harm when the thing that's supposed to protect you ends up betraying you," said B. Ever Hanna, campus policy manager at the group End Rape on Campus.

College administrators then reviewed the hearing process and suspended Hardin from the campus grounds until his criminal case was resolved. He unsuccessfully appealed that decision, but was allowed back at the school after he entered what's called a Kennedy plea to the downgraded battery charge and was given three years' probation.

In a Kennedy plea, similar to what's called an Alford plea in other states, a defendant maintains his or her innocence, but acknowledges there's evidence that might lead a judge or jury to reach a guilty verdict. Court paperwork says that upon entering the plea, he was judged guilty.

"Allowing a perpetrator to continue in school as if nothing happened, even after a criminal conviction, does a disservice to the victim and to other students. It places a burden on the victim and makes it harder for her to recover from the assault, and it risks the safety of the entire college community," said Omear.

A friend of the woman said she felt betrayed by the school.

"It made me sick to my stomach every time I would see him with girls on campus," said Marshall student Madison Summers. She said she would see Hardin on her way to nighttime classes and at social events and wanted to warn people about him.

The woman's lawsuit against the university seeks unspecified compensatory and punitive damages.

The newer charges of sexual assault against Hardin involve alleged rapes of two women last year in the same county where Marshall University is located, according to an indictment. Marshall spokeswoman Leah Payne says the more recent charges didn't occur on campus and didn't involve the school's police department.