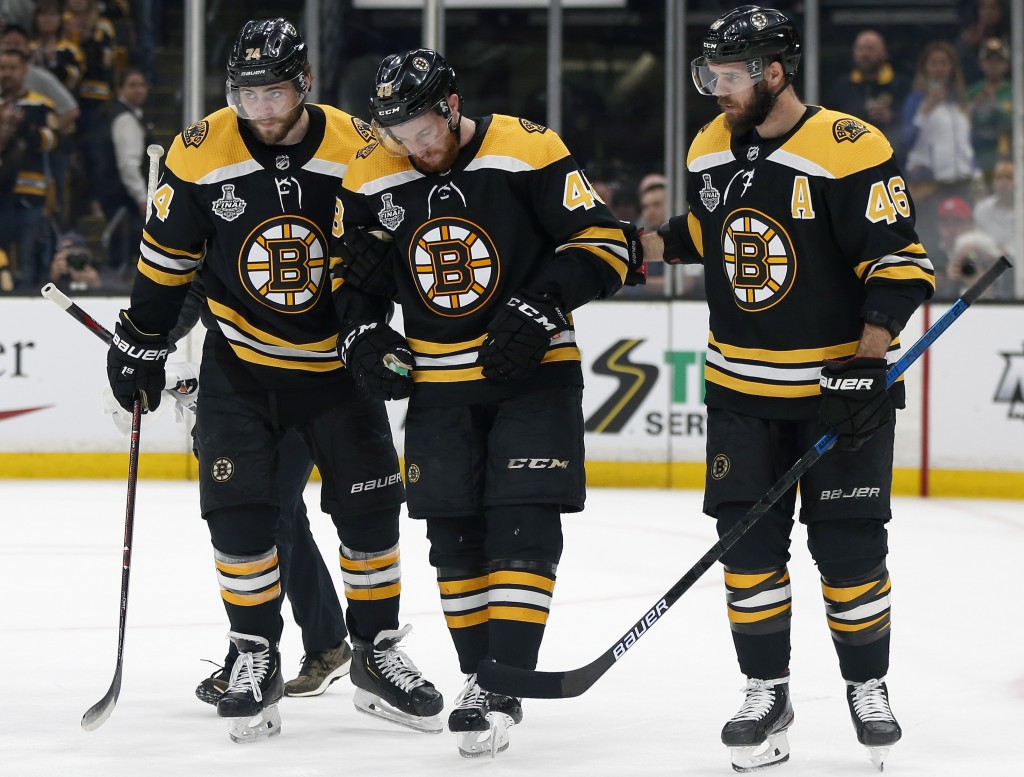 BOSTON (AP) — Matt Grzelcyk (GRIHZ'-lihk) is expected to return to the Boston lineup for Game 7 of the Stanley Cup Final against St. Louis.

Grzelcyk's return is a major boost on the blue line for Boston. He suffered a concussion two weeks ago in Game 2 of the series and has missed the past four.

Coach Bruce Cassidy says the puck-moving defenseman was cleared through the concussion protocol Wednesday, hours before the game. Connor Clifton is set to come out to make room.