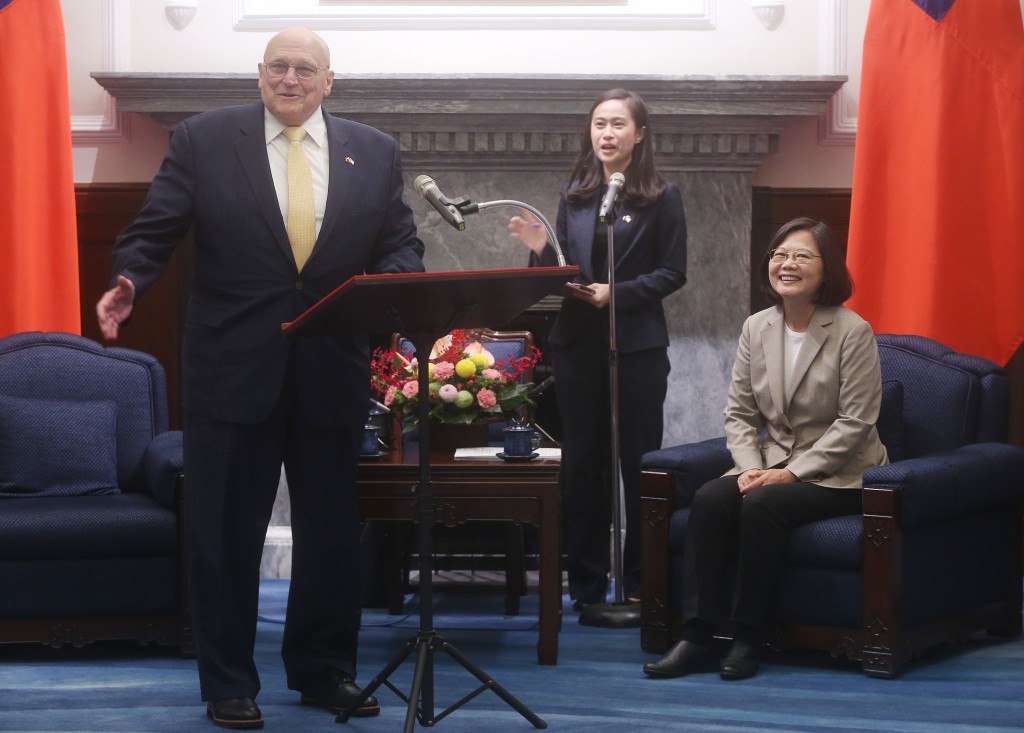 The United States is Taiwan’s most important “strategic” and “economic ally,” and the two countries have worked closely in both security and economic affairs over the last three years, Tsai said.

Taiwan will continue to cooperate closely with the U.S. for a free and open Indo-Pacific, where both nations can also address threats and challenges together, added Tsai.

The president also expressed gratitude to the U.S. government for the three recently approved arms sales packages to the island nation, saying that they will “help bolster [Taiwan’s] national security.”

Speaking about the presidential election next year, Armitage stressed that Taiwan has to determine its own future.

It is important that the nearly 24 million citizens of Taiwan can “make this decision freely and openly without outside interference and pressure,” emphasized Armitage. The former U.S. deputy secretary of state in the Bush administration now chairs the Project 2049 Institute, a U.S. research institute focusing on Asia-Pacific affairs.