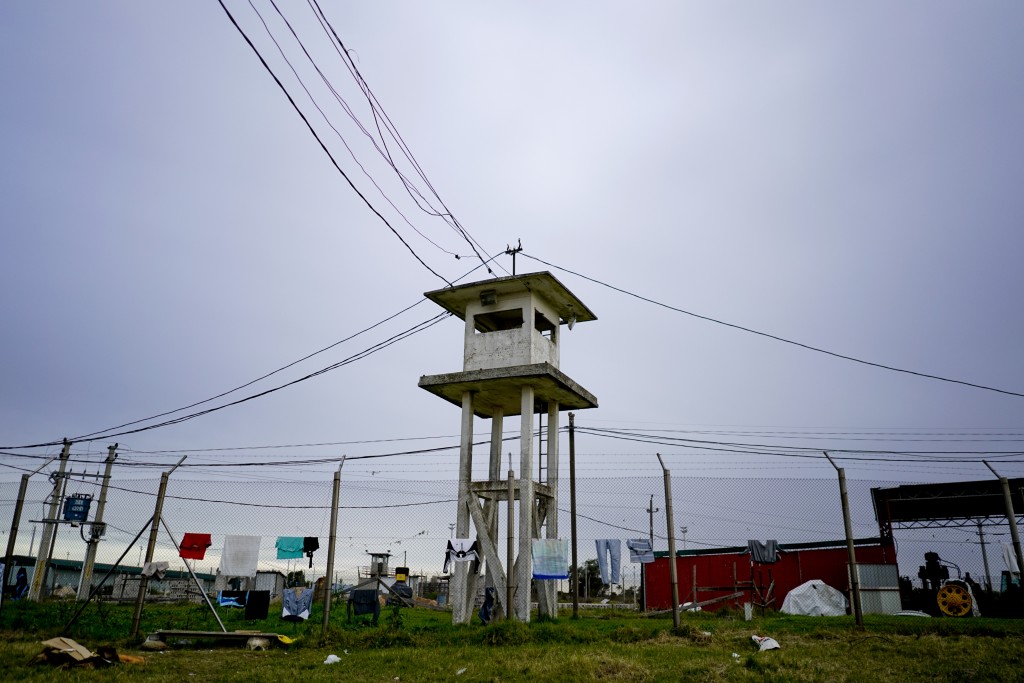 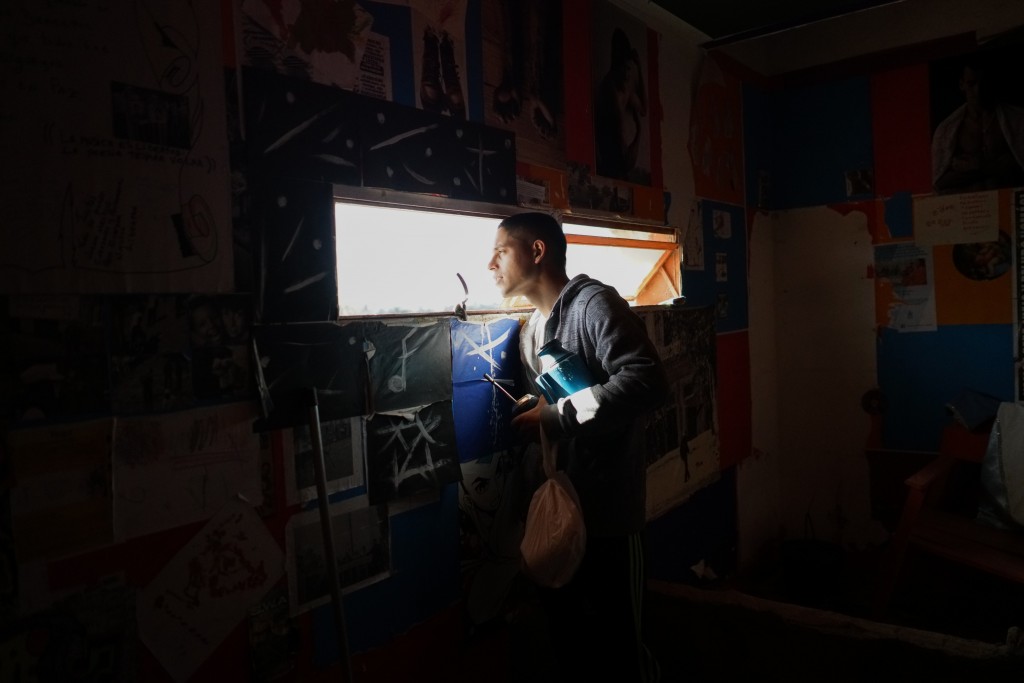 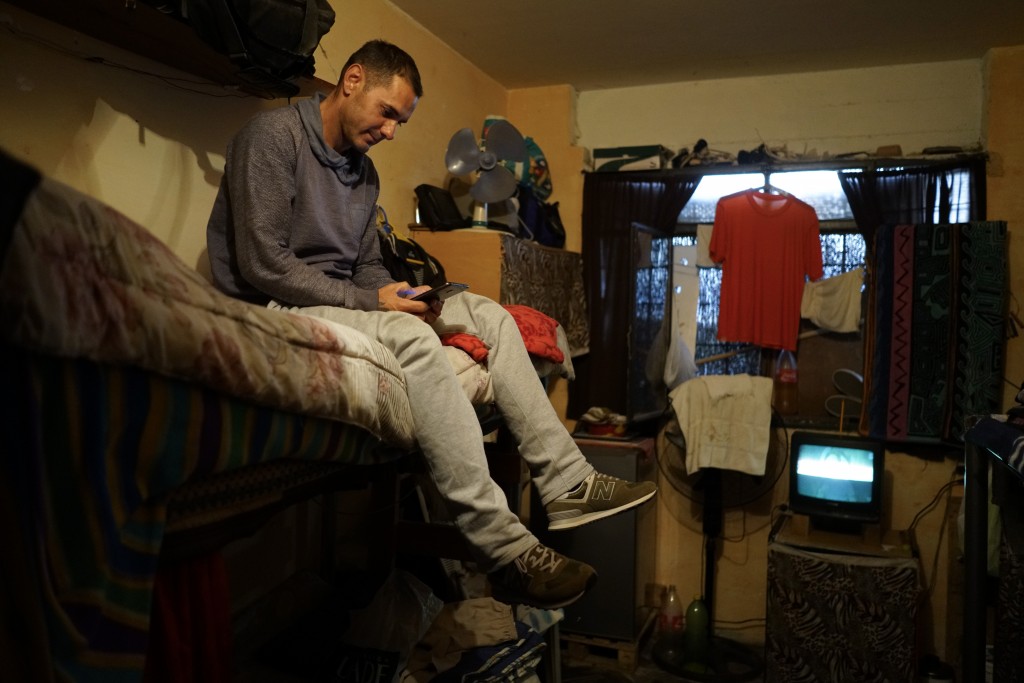 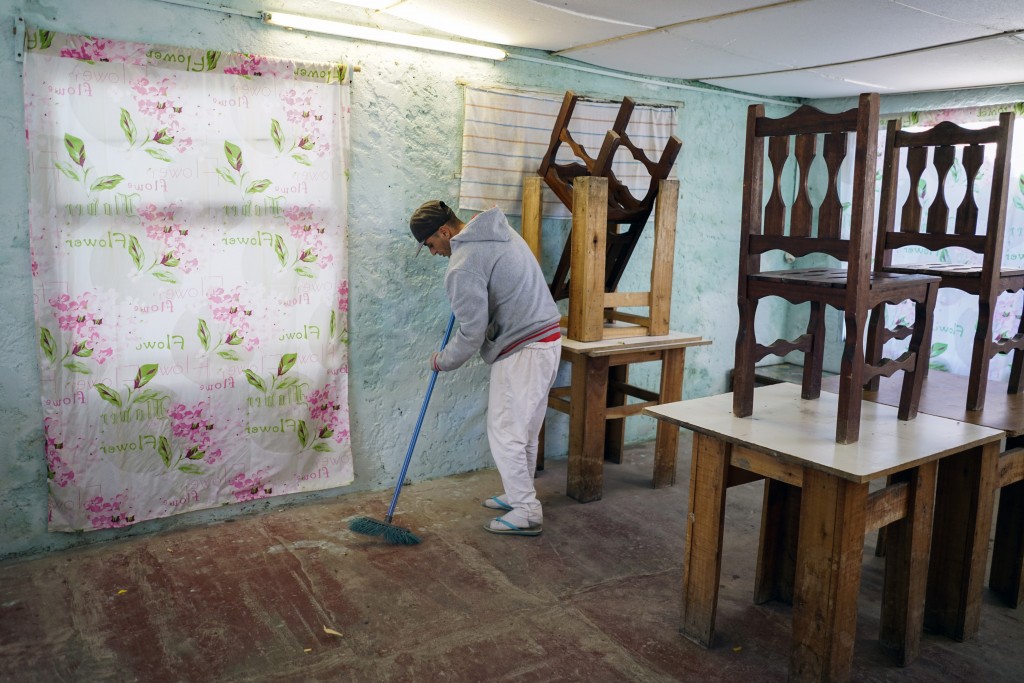 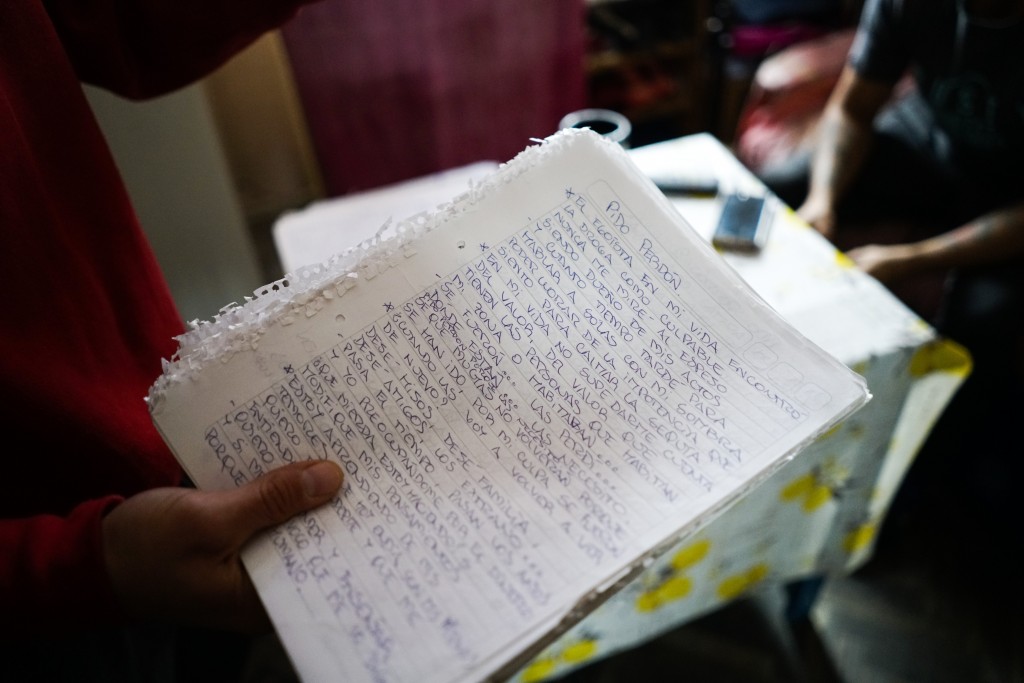 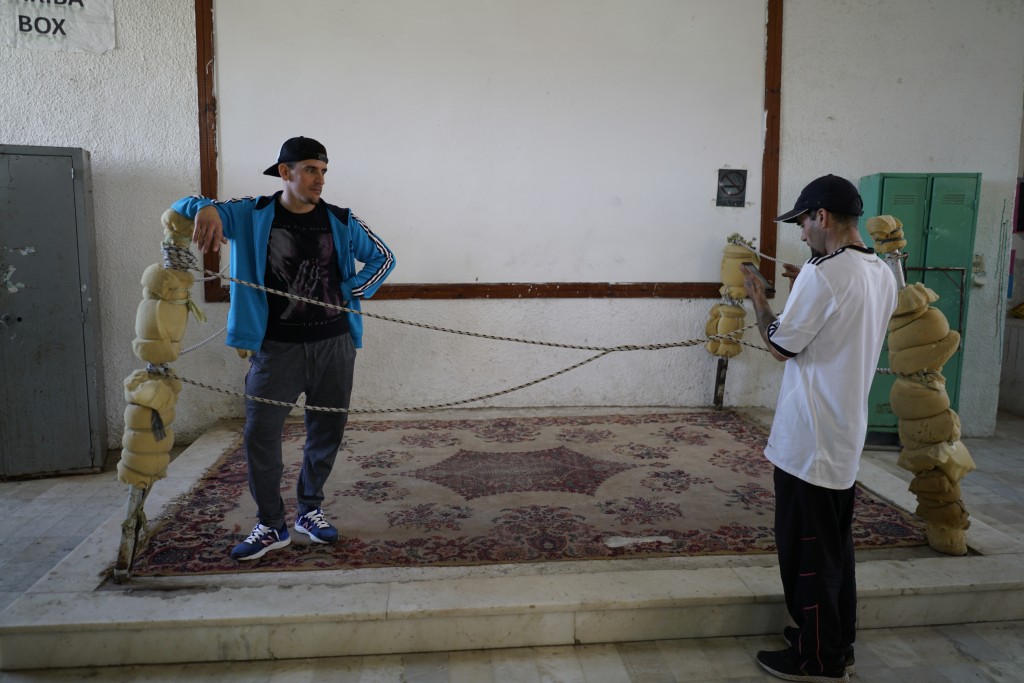 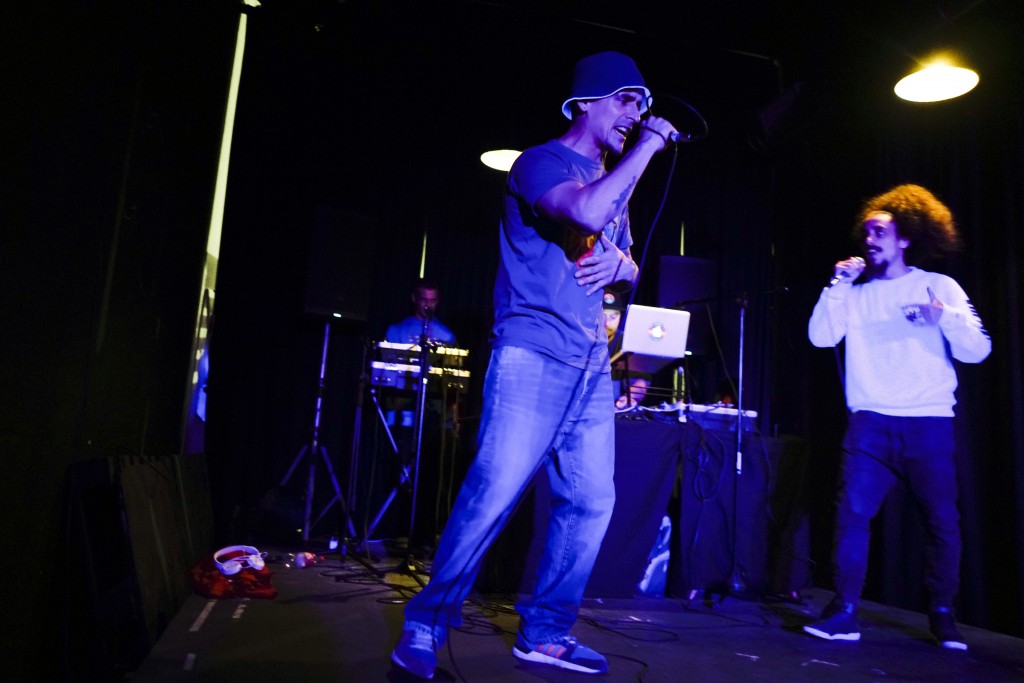 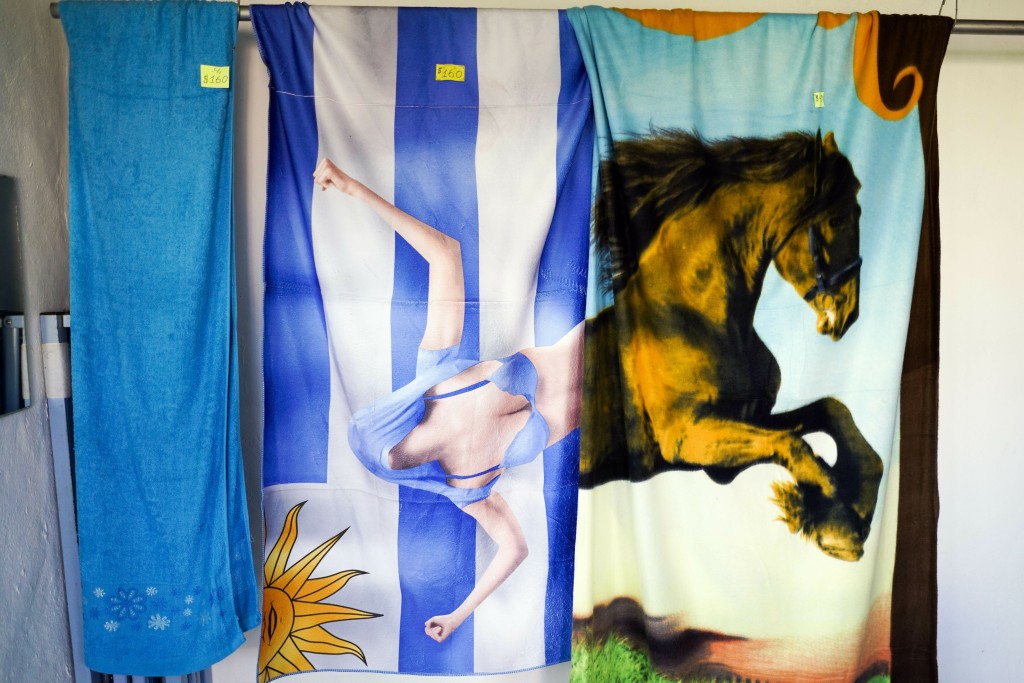 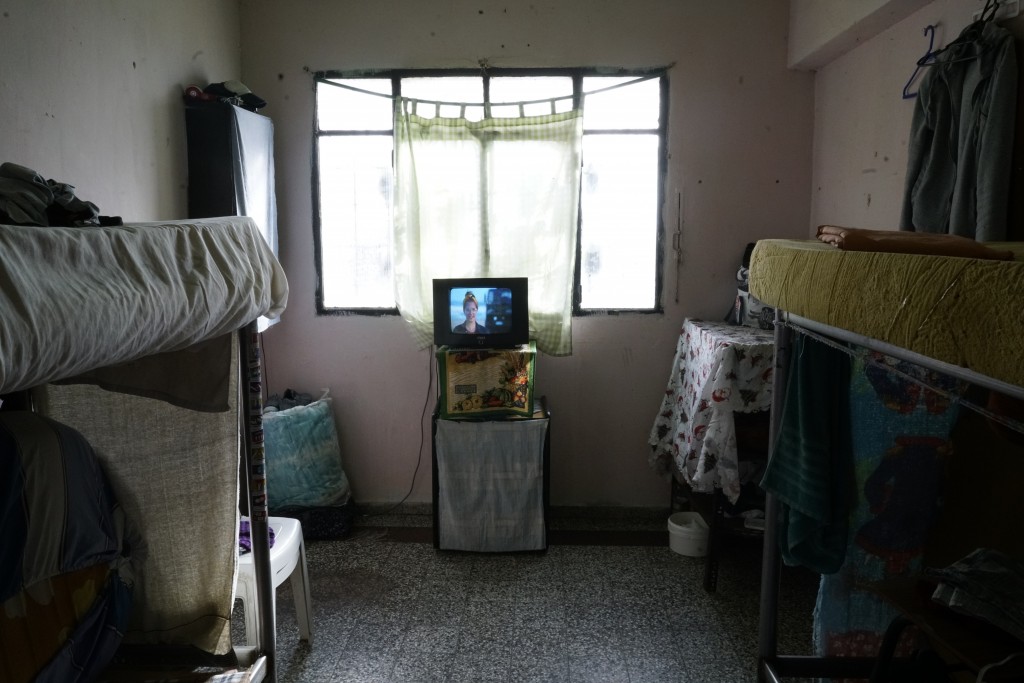 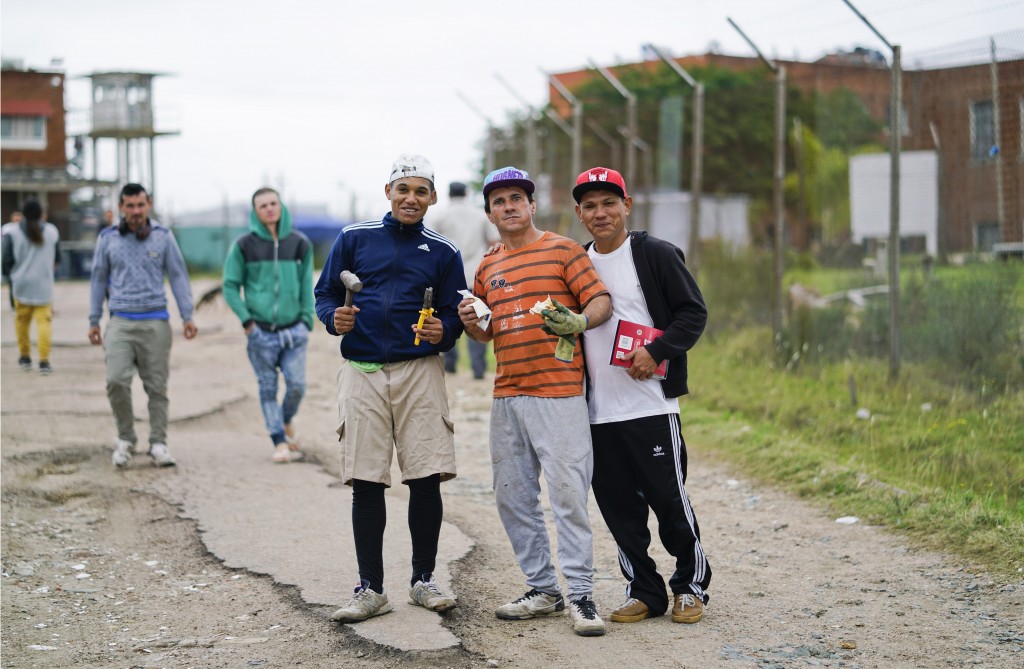 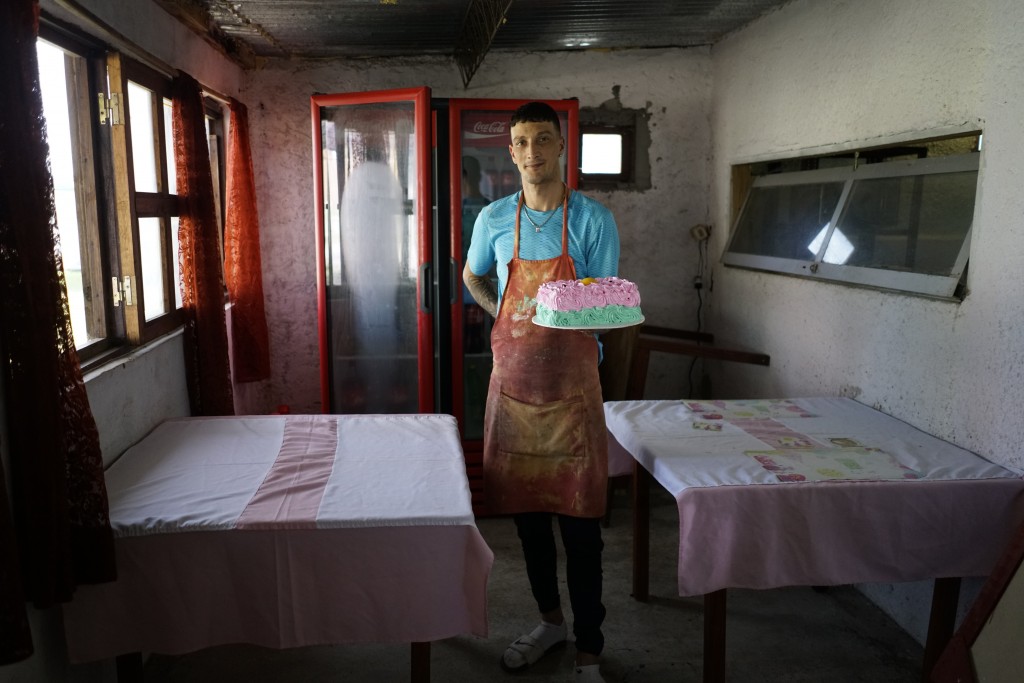 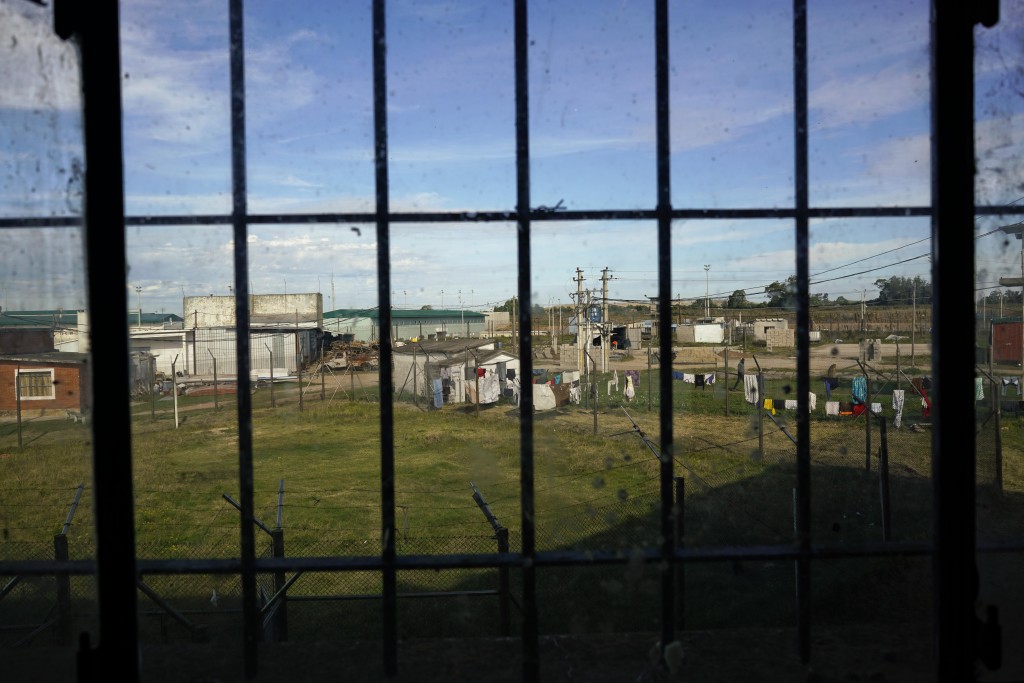 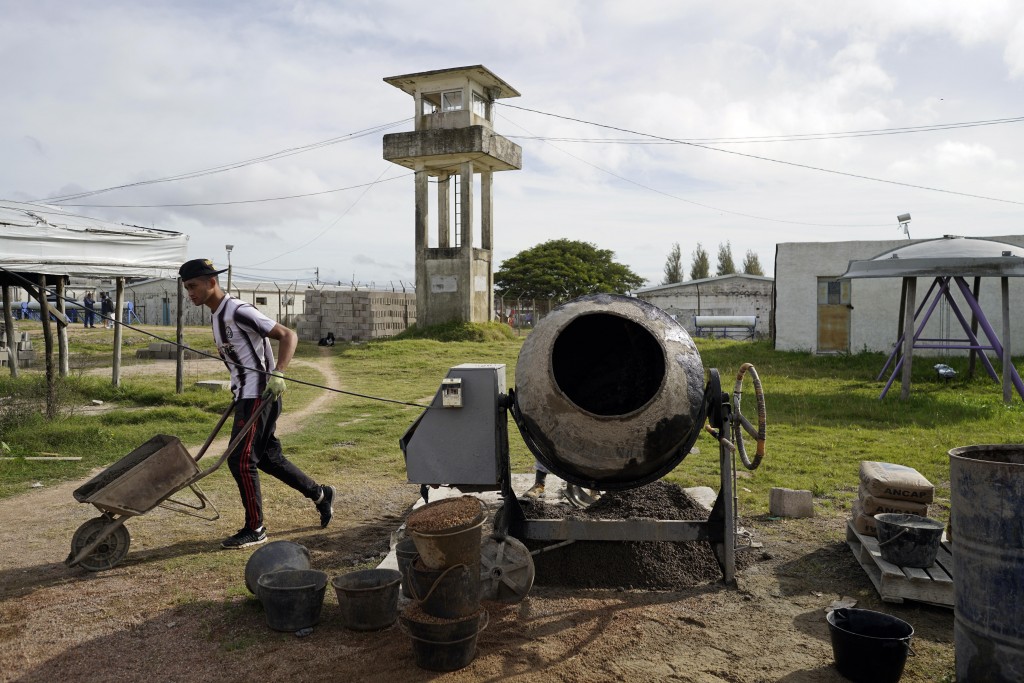 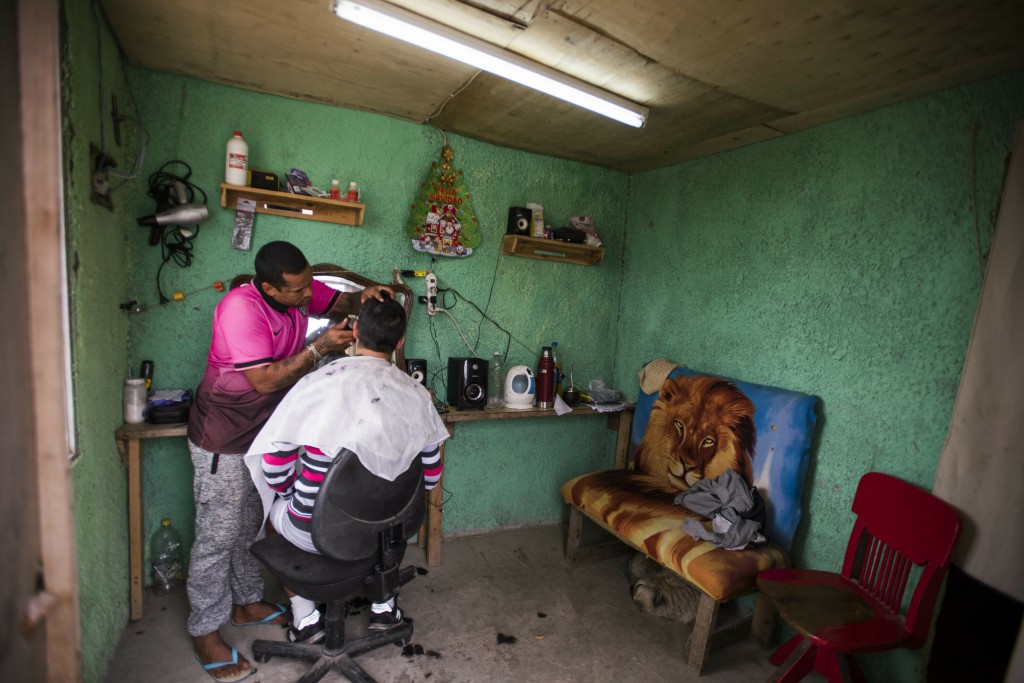 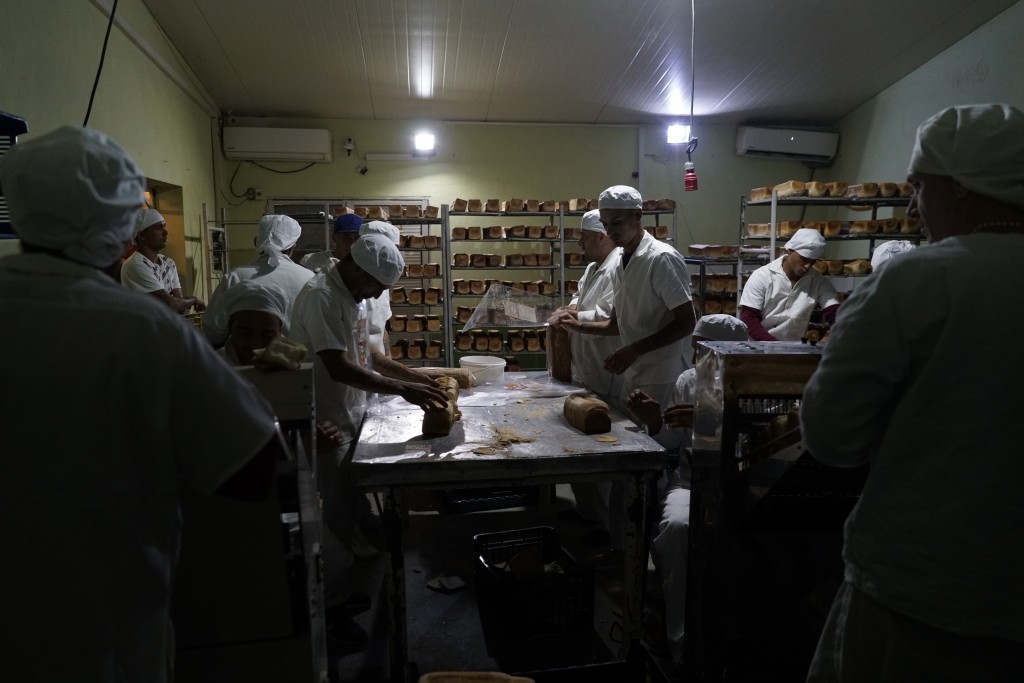 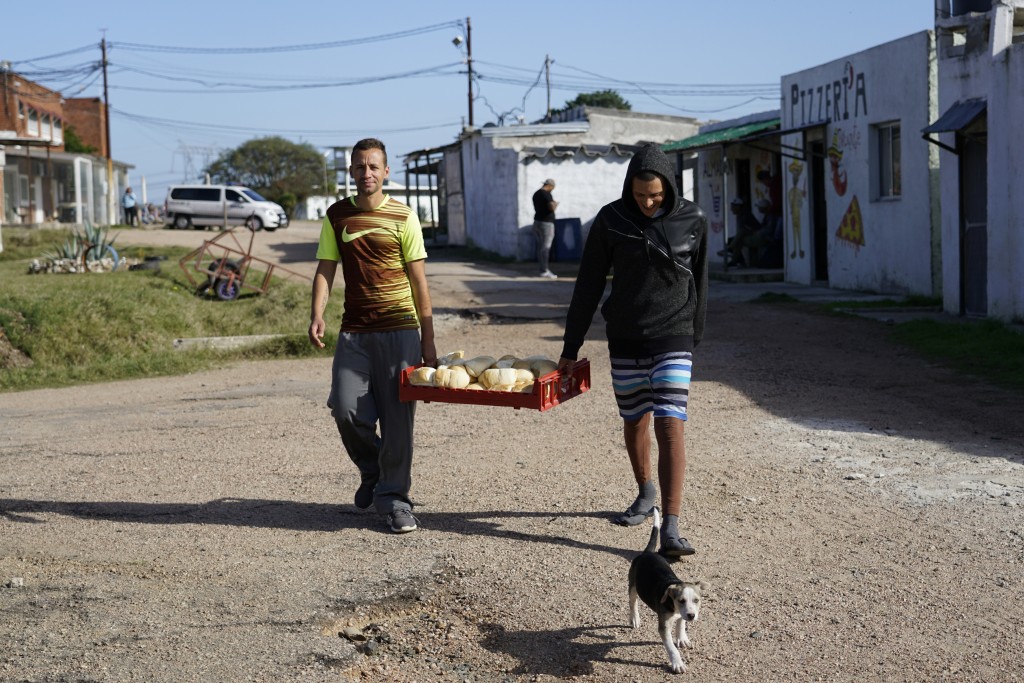 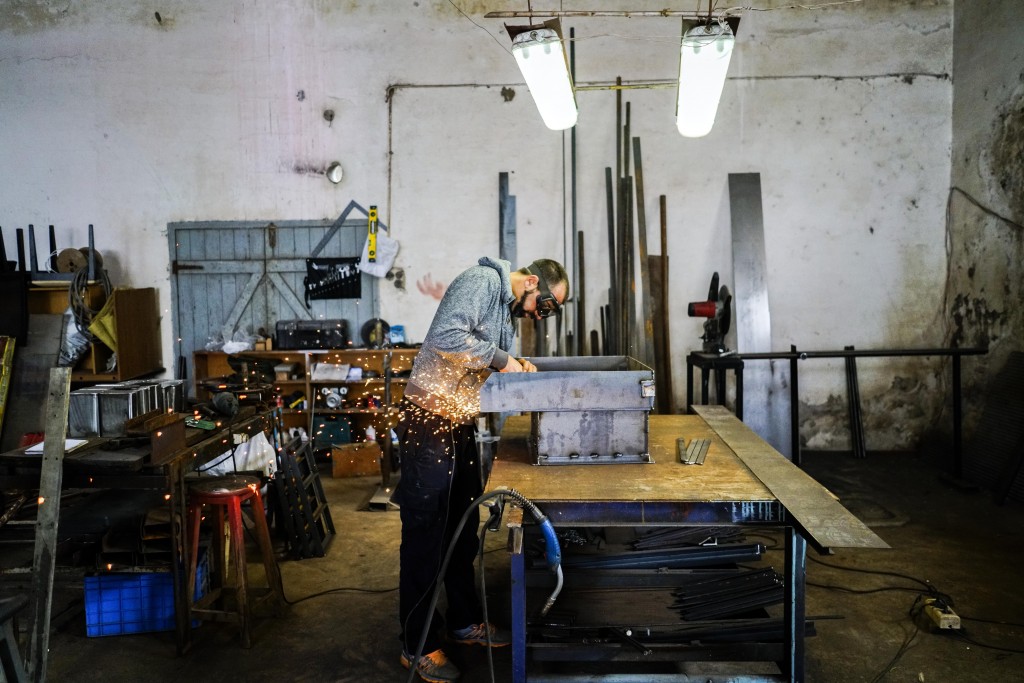 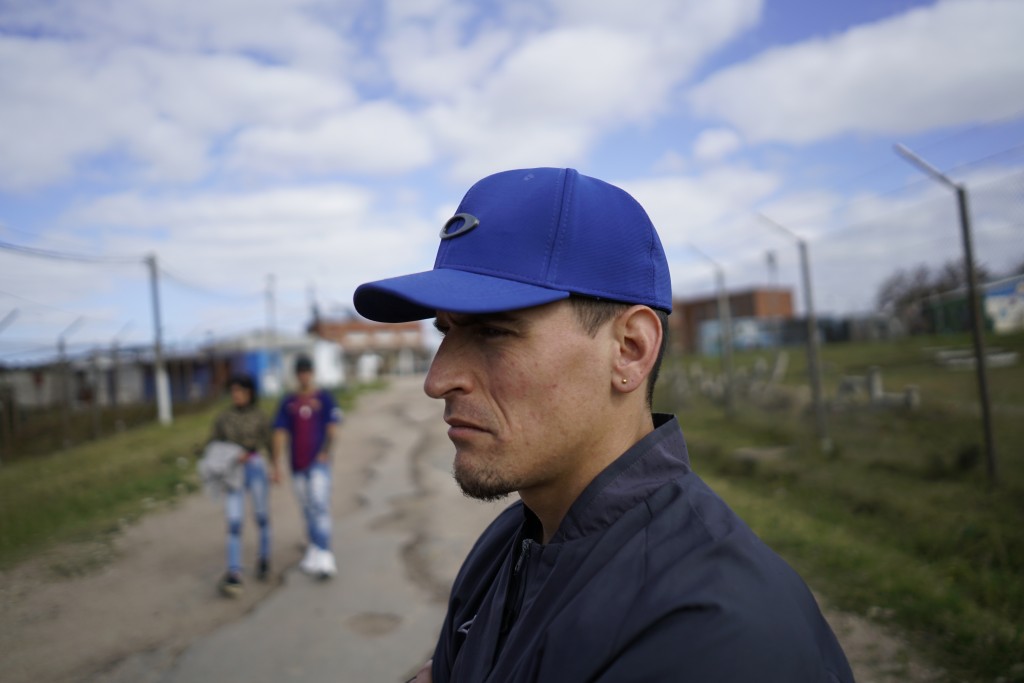 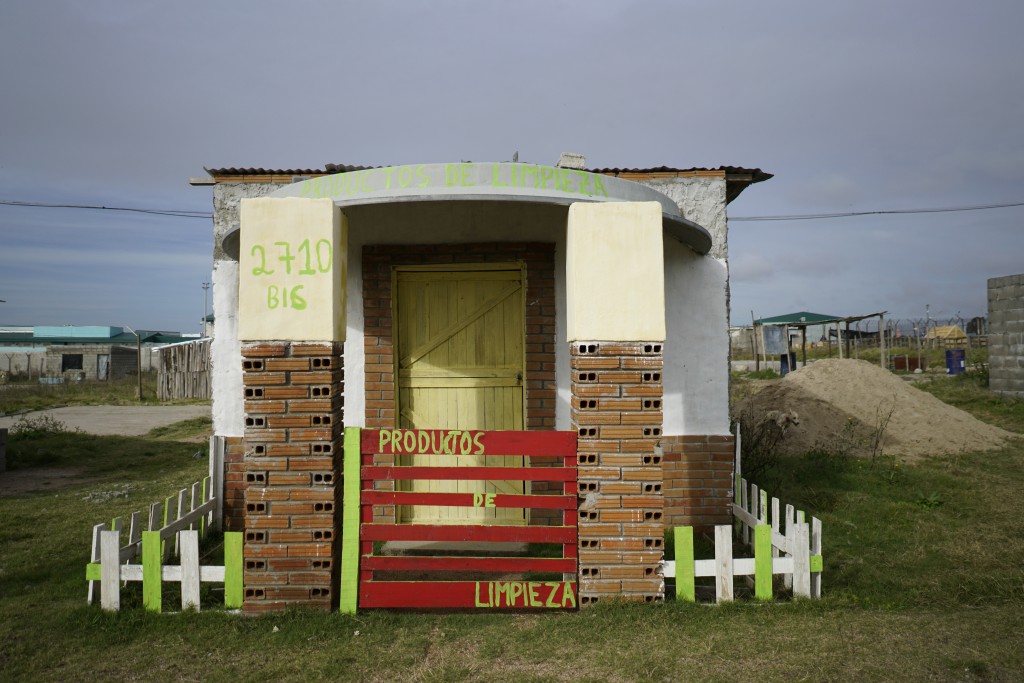 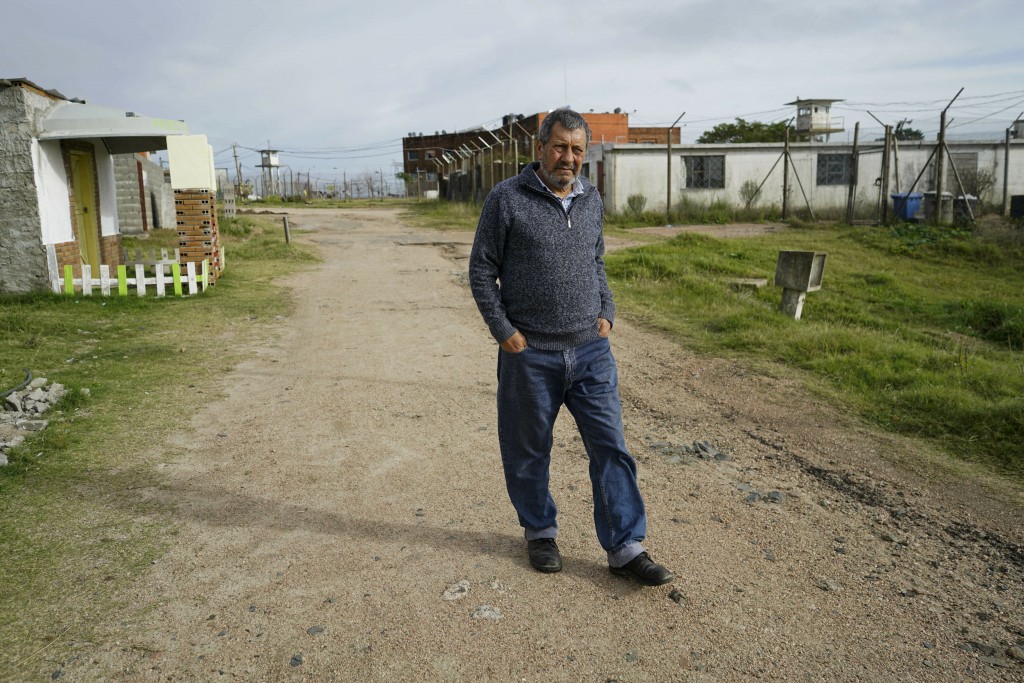 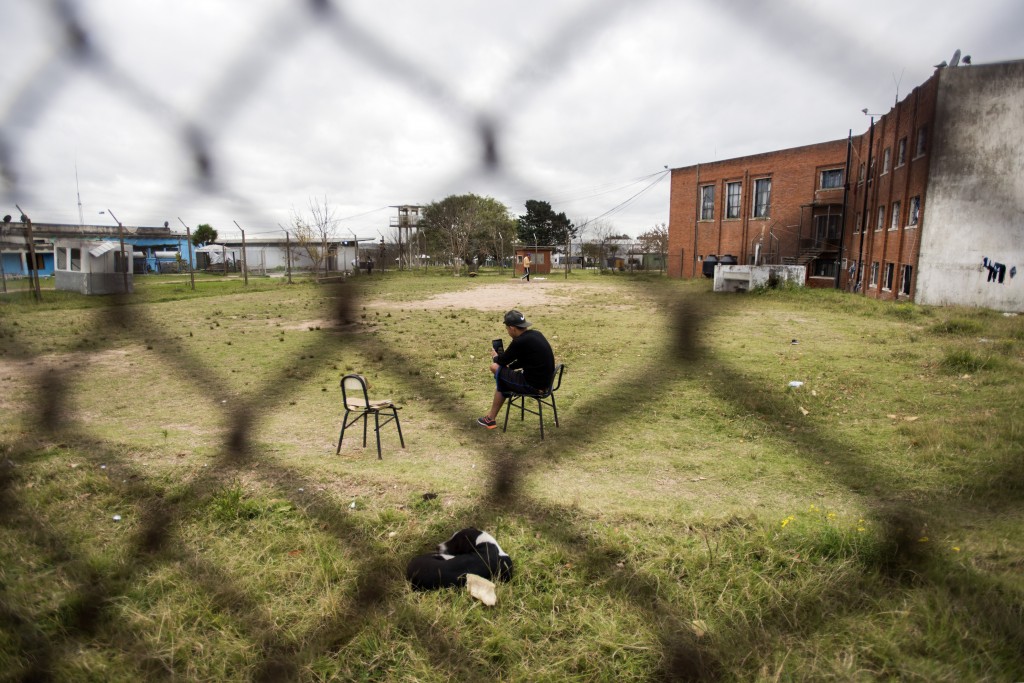 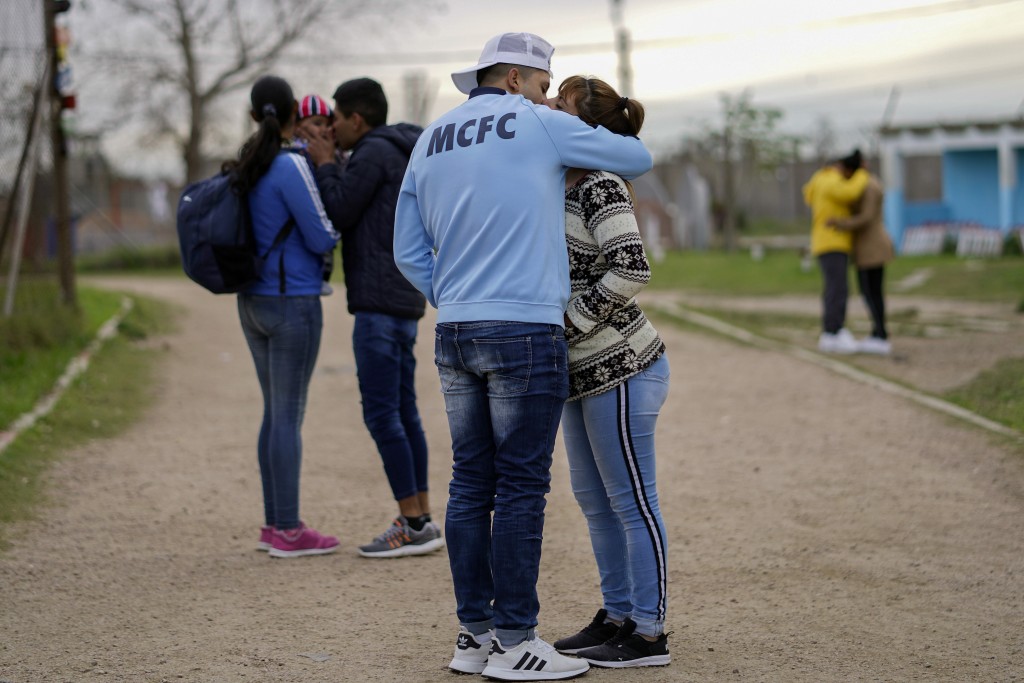 MONTEVIDEO, Uruguay (AP) — Rolando Bustamante watches his employees turn out one concrete block after another, occasionally checking an electronic tablet that records orders from clients and that lets him communicate with suppliers.

There'd be nothing remarkable about the scene if it weren't for the fact that the block factory is located in a prison and that Bustamante, in addition to being a businessman, is on the last two years of a 21-year sentence for assault. The workers, too, are inmates and the product will be sold beyond the walls, with part of the profits going to a sort of bank run by the prisoners themselves.

Bustamante's factory is one of dozens of inmate businesses in the old Punta de Rieles prison, which has been transformed into an unusual experiment. Inmates form businesses, work for one another and offer products both to the world within the walls and to that without.

There are bakeries and barbershops, a candy store and carpenter shop along streets where inmates mix with prison officials and police. One inmate carries a begonia he bought from a prisoner-owned nursery to give to his mother when she visits. Not far away, a convict-baker carries a birthday cake to the prison entrance to hand off to a customer.

Of the 510 prisoners, who include thieves, assailants, kidnappers and killers, 382 work and 246 study — some do both. Only a few dozen have shunned those opportunities, and if two years pass, they will be transferred to a traditional prison. To get chosen for Punta de Rieles, prisoners have to have at least a six-month period of good behavior elsewhere.

The prison director is almost as unusual as the institution itself. Luis Parodi was a member of the Tupamaro guerrilla movement that was defeated in 1972. He later spent more than a decade in exile, both in Europe and Latin America.

Asked if there are other prisons in the world of this type, he said, "I don't think so, I'm afraid to say. This is the synthesis of 30 years of work, reading, experiences and failures."

The Punta de Rieles project began in late 2012, with Parodi as deputy director, and he took over as head of the prison in 2015. The bet is that prisoners who work, study, learn a craft or start a business will have a better life and be less likely to return to crime.

"It's been demonstrated everywhere that confinement doesn't change people. Here the idea is to play at reality," Parodi said. "If something fails, it fails. Just like in the real world."

Money to start businesses comes from inmates' families or from a quasi-bank largely administered by inmates themselves.

"It's a fund so that entrepreneurs can get started, that you have the hope of change. Many of us have taken advantage of the opportunity and we're getting ahead," Bustamante said.

Ten percent of the profits go back to that fund, another 10% goes to the government for use of the facilities and 10% goes to an association of victims of crime. The rest goes into accounts for the inmates, though they can't fully access it until they are released.

Bustamante said he was skeptical when he was transferred from another prison and was dumped off at Punta de Rieles by a police van almost five years ago.

"I saw stores, businesses, and I thought, 'Where am I?' Later it clicked in my head," he said. "In common prisons, you continue in a world of violence, thinking about who is going to attack you and how to survive. You can't do anything. A 2-by-2 cell, and locked up all day," he said.

He showed off the shed where he started out making blocks from an old mold and a secondhand shovel. Now he was about to expand his business by hiring a 10th employee thanks to a loan from outside the walls.

Even more successful is a bakery started by two prisoners who have kept it going despite being released and now employ 50 to 70 people. They come back to the prison almost daily and sometimes even sleep there, voluntarily this time.

The experiment has its problems. One inmate complained that the prison mixes people sentenced for relatively minor offenses with those who've committed more serious crimes. Parodi said that's part of the idea — trying to save those considered unrecoverable.

"In the end, you call Parodi. He's the only one who can solve the problems," Bustamante said.

The prisoners enjoy significant freedom within their confinement: They can largely say what they want, form groups, unions or cooperatives, have a telephone, use the internet and communicate with the outside world, even own a dog. Parodi acknowledged some have taken advantage of that freedom to commit crimes, but he insisted they are few.

Near Bustamante's block factory is the fiberglass workshop of Wilson Resio, a 45-year-old convicted of involvement in a homicide who has been locked up for 11 years. He makes kayaks and other sport equipment. "All the boats of the Uruguayan Rowing Federation are made here," he said.

"This is also a school workshop because we train others in the craft."

Music plays in the shop and the walls are covered with tools. Machinery, industrial supplies and a half-eaten piece of cake are on view. Nothing speaks of prison.

Most prisons in Latin America "are warehousing places with ... very harsh conditions for inmates and they are very unsafe for both inmates and staff, and they basically are schools of crime," said criminologist Yvon Dandurand, a fellow at the U.N.-affiliated International Center for Criminal Law Reform.

With the public in most countries favoring a punitive approach to crime, "it takes courageous volunteers, politicians and others to start projects like" Punta de Rieles.

Uruguayan prison reform activist Denisse Legrand sees Punta de Rieles as "an oasis" in a deeply troubled correctional system. The small country has 11,000 inmates in crowded prisons, and it locks up more people per capita than nations such as Mexico, Colombia or Argentina, according to a study prepared for congress.

Legrand, who directs a non-governmental organization that focuses on prisons, said that in addition to its educational and labor value, Punta de Rieles "is one of the prisons with the highest levels of security because the humane treatment and coexistence replace the violence characteristic of confinement."

She said the weakness of the project is that so much depends on Parodi.

Juan Miguel Petit, who oversees prison affairs for Uruguay's congress, said he knows dozens of prisons in the Americas and Europe and has never seen anything like Punta de Rieles. "The more we can manage to reproduce the life of a neighborhood, the more we can foresee that the people who leave are going to behave in harmony with others."

Mauro Rodríguez is an example of how the system is supposed to work. He's in prison — but just for a visit this time. He came to repair a machine to make cement blocks that he'd created while spending several years as an inmate. He now has a blacksmith's shop on the outskirts of Montevideo, where he works with his brother.

He'd been part of a band of drug dealers when he was arrested, and said four of his former friends are now dead.