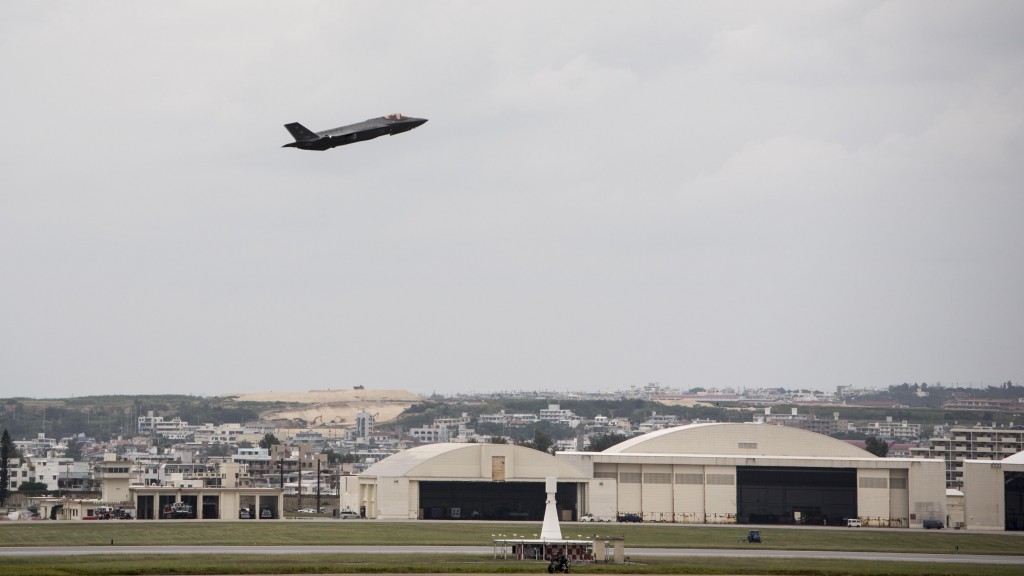 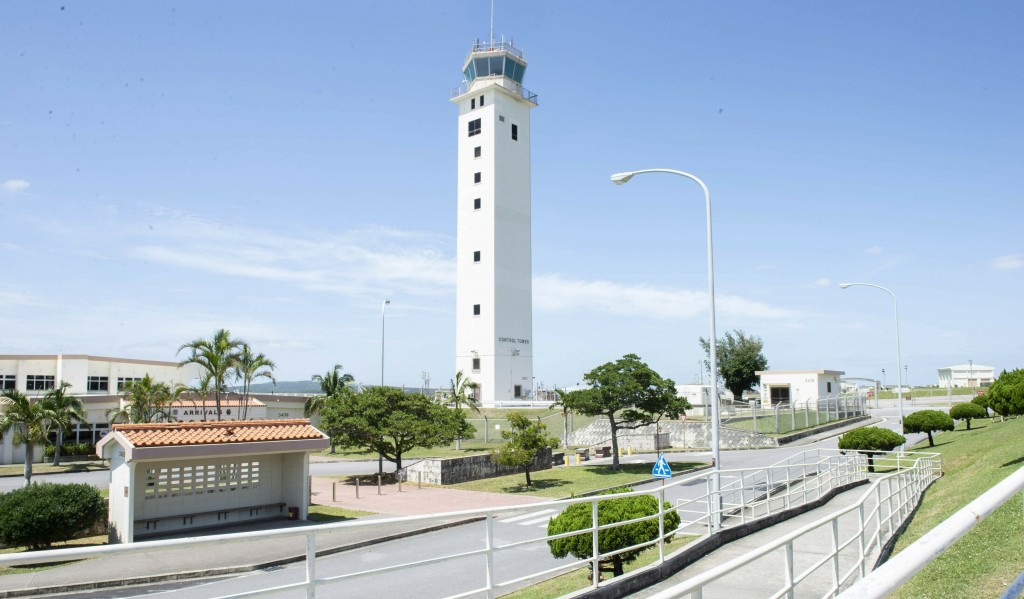 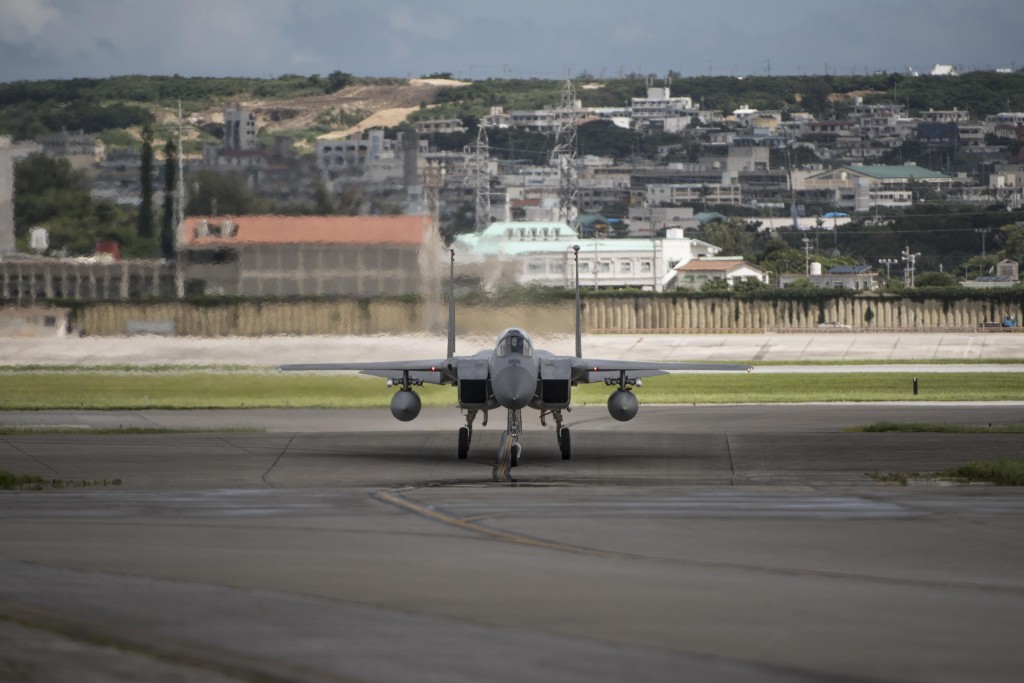 To the mothers, the 13-year-old boy appeared largely unsupervised as he roamed among the clusters of townhomes on the U.S. Air Force base in Japan.

It would have been unremarkable — the neighborhood was full of kids — except that young girls were starting to report the boy had led them from play and molested them.

"We were like, 'How is this OK?'" the mother of one 5-year-old girl told The Associated Press, which is granting her anonymity to protect her daughter's privacy. She locked her kids inside.

The first girl to report had to wait six days for officials on the largest Air Force installation in the Pacific to provide counseling. The mothers didn't feel much urgency from Air Force criminal investigators either. They told the families they'd waited 13 days to meet the boy's father.

By then, mothers had identified five girls, ages 2 to 7, who said the boy had taken them to some trees or a playground or his house. Another five kids would allege abuse soon after.

"We come here, and it takes the worst cases that you can imagine to find out that you don't have the services to support your children," the 5-year-old's mother said. "There's a feeling of complete distrust."

This was not supposed to happen again. Last August, Congress ordered the Defense Department to overhaul how it handles allegations of sexual assault among the tens of thousands of military kids who live or attend school on U.S. bases worldwide.

Yet the case at Kadena Air Base began unfolding in February — six months after President Donald Trump signed those landmark reforms.

For decades, justice has been elusive on American bases when the children of service members sexually assaulted each other. Help for victims and accountability for offenders was rare in the nearly 700 reports over a decade that an AP investigation documented.

The new law required reforms across the Pentagon. The school system it runs for service members' kids had to create new student protections. The Family Advocacy Program, whose social service counselors would turn victims away , must review reports. The Office of the Secretary of Defense will track cases and create a policy for how to handle them.

The reforms are now rolling out, and the rollout has been uneven.

The Air Force has not drafted new guidelines. Instead, it is "reserving decision on adding or amending policy until publication of a Department of Defense policy," according to spokesman Maj. Nicholas Mercurio.

Like other armed services, Air Force representatives are helping form that policy. A Pentagon spokeswoman could not say when it will be published.

Mercurio called the Japan case "an extremely difficult situation." He said the Air Force has scrambled to deliver "helping resources to the families involved while remaining focused on protecting the rights and privacies of all parties and preserving the integrity of the ongoing investigation."

Kadena Air Base spokeswoman Lt. Col. Christy Stravolo noted that the 13-year-old boy has returned to the U.S. with his family. That happened within several weeks of the first allegations. Attempts to reach his parents were unsuccessful.

That March 21 directive mandates both a criminal investigation and victim assistance through Family Advocacy, which now must inform counterparts on other bases when an offender's family transfers.

Because military law doesn't apply to family members, justice must come under civilian law. So cases on Army bases will be referred to state or local district attorneys who, unlike federal prosecutors, have juvenile justice systems.

"There's a recognition that states are best able to adjudicate," said Charles Lozano, an Army attorney who helped draft the policy.

The policy does not explore the nuances of overseas bases, where host-nation civilian authorities may treat juvenile sex crime allegations very differently. Instead of handing over suspects to Japanese officials, for example, the military often flies them back.

Rep. Jackie Speier, who chairs the House Armed Services Subcommittee on Military Personnel, said she was encouraged that Army's policy was "more comprehensive" than the law required.

"We're going to continue to track this," Speier said. "I'm not certain that this is enough. I'm very watchful in terms of observing what happens when these incidents occur. And they will occur."

The Navy and Marines fall between the Army and Air Force.

The Marine Corps is updating its guidelines to include "language and protocols that address problematic sexual behavior in children and youth," according to Maj. Craig Thomas. Publication is expected by year's end.

Naval leaders have directed base commanders to work with social services, according to spokesman Lt. Samuel Boyle. The Navy also has issued interim guidance, which it would not share.

The most detailed changes came to the Pentagon-run school system that educates more than 70,000 students on bases in the U.S., Asia and Europe.

These students have not received protections public school students get under Title IX, a federal law that's been used to investigate sexual assault in schools and to help victims. Congress said students at Pentagon-run schools must get protections "at least comparable to" Title IX. The school system published new policies in February.

School officials are supposed to be trained by Oct. 1, and a new incident logging system is scheduled to launch in the fall, the Department of Defense Education Activity said in a written statement. For now, the school system introduced a "Sexual Harassment Awareness and Prevention" website .

Four Title IX experts who reviewed the policies for AP said that while broadly they create comparable protections, their substantial shortcomings include a complex investigation process that relies on already-stretched school principals.

"It seems unlikely that a principal would have both the training and the time to conduct these investigations in a thorough and timely manner," said Megan Farrell, Title IX coordinator for the Palo Alto Unified School District in California.

A mid-April post on a Facebook page for teachers at Pentagon-run schools asked whether anyone was aware of the new policies.

Two said they had received training. One more mentioned a question-and-answer session at her school. Another eight had no training, with nearly all unaware of the new policy.

The full scope of the latest case remains under investigation. The AP interviewed two mothers of girls who were among the first to report and a third person who helped organize families. According to one mother, investigators stopped giving updates after relating that 10 kids had alleged abuse.

That same mother was troubled by guidance she heard from base officials: Don't ask your daughter about what happened and don't engage deeply if she raises it.

Investigators warned that conversations could taint a potential case, though criminal prosecutions on overseas bases are rare . Counselors "said to just say, 'How does that make you feel?'" the mother said.

Several experts said the best approach is a forensic interview by an expert followed by the therapeutic embrace of fully engaged parents. Talking can soften feelings of stigma and shame.

"Family support is critical to the healing," said Michelle Miller, coordinator for mental health initiatives at the National Children's Alliance, which accredits children's advocacy centers that specialize in forensic interviews.

The chief of Air Force's Family Advocacy Program said that while parents shouldn't press their children, they can encourage — and even initiate — discussion.

"Attempts to avoid, shut down, or stop uncomfortable conversations could be viewed by the child as a sign that he/she has done something wrong," Col. Patrick Pohle explained in email.

Three weeks into the Kadena case, some families still felt unsupported. An investigator had earlier suggested jolting the process with a call halfway around the world from the island of Okinawa — to Capitol Hill. In early March, the mother of the 5-year-old girl reached a sympathetic staffer at the Senate Armed Service Committee.

The next day, the commander of Kadena called and asked how he could help.

Air Force officials said they have mobilized investigators and other specialists from around the globe. The 5-year-old's mother acknowledged those efforts and that some of the families may have had a different experience. In late March, counselors distributed a one-page summary encouraging parents to talk openly with their children.

"The difference from the beginning to now is that there is more communication," the mother said, "but I don't have confidence that if it happened tomorrow, the process would be successful. The policies haven't been changed."