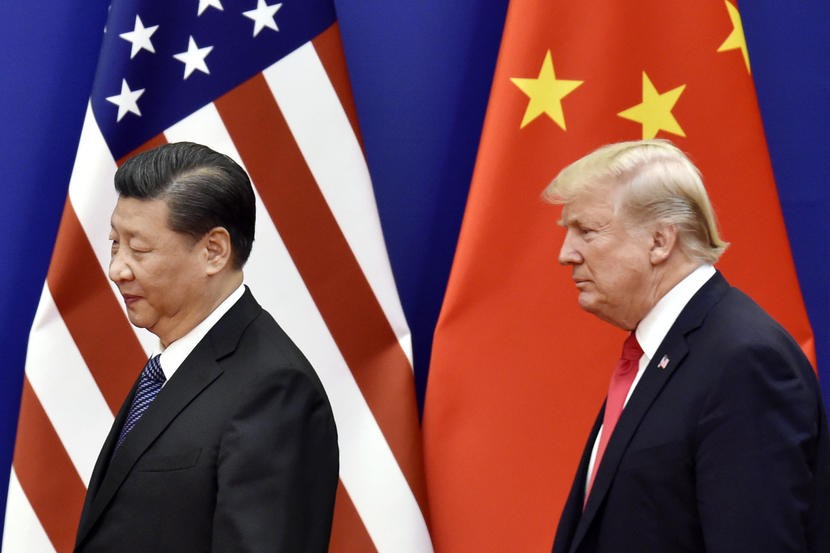 TAIPEI (Taiwan News) – The Trump administration is turning up the pressure on China, with a not-so-subtle threat that if Chinese leader Xi Jinping refuses to meet with Trump during the upcoming G20 Summit (June 28-29), or if China makes no concessions during talks at the summit, the U.S. is prepared to implement 25 percent tariffs on all remaining US$325 billion worth of Chinese products imported to the U.S.

Trump is clearly making a full court press to get results from a very reluctant Beijing. In a press briefing on Monday (June 10), Trump even alluded to the possibility that tariffs much higher than 25 percent may also be implemented in the coming months.

While China may dismiss these threats, or attempt to downplay the potential impact of such a comprehensive tariff program targeting Chinese goods, Beijing is likely worried about a much more significant and unspoken threat to its interests; U.S. diplomatic recognition of Taiwan as a country.

As previously reported, the United States under the Trump administration has pursued improving ties with Taiwan at a pace, and to a degree that is unprecedented in U.S. post-cold war history.

Given these trends, along with Trump’s aggressive style of deal-making, there is a high probability Trump is already considering Taiwan as an option to press Beijing after the next major volley of tariffs have been put in place.

Recognition of Taiwan as an independent state, effectively rejecting Washington’s outdated “One China” principle, would entirely undermine the basis of U.S.-China relations in Beijing's eyes.

It is also worth remembering that upon winning the 2016 election, one of the first major acts of foreign policy President Trump carried out, perhaps inadvertantly, was to accept a call from Taiwan President Tsai Ing-wen in December 2016. In mainstream U.S. media, controversy immediately ensued.

This was exacerbated by a seemingly offhanded remark from Trump on a Fox news program, where the then president-elect wondered if maybe the “One China” principle could be reconsidered.

“I don’t know why we have to be bound by a one-China policy unless we make a deal with China having to do with other things, including trade.”

Such a Trumpian “slip of the tongue” has no doubt been burned into the collective memory, and possibly found its way into the nightmares, of leaders in Beijing.

Simply by alluding to the possibility of such a move, without even the need to mention it openly, Beijing would be forced to take pause and re-assess their approach to trade war negotiations.

While many media outlets have speculated on such a possibility, often with the expression of “playing the Taiwan card,” there is ample evidence to suggest that such allusions are already being made.

And it is not Donald Trump, but rather the Pentagon, that is making them. Over the past two weeks, there are some visible signs coming from the Department of Defense (DoD), suggesting that the leaders of the U.S. armed forces, as a result of their own strategic planning, may be in the midst of persuading the White House to consider pursuing diplomatic recognition of Taiwan.

The Pentaton’s recent signals began on June 1, starting with Defense Chief Patrick Shanahan’s appearance at the Shangri-La Dialogue in Singapore, where he declared before China’s top military officer, that the U.S. stands by its obligations to Taiwan under the Taiwan Relations Act (TRA). U.S. support of Taiwan “empowers the people of Taiwan to determine their own future," said Shanahan.

Later that same day came the left hook, when the DoD published its annual Indo-Pacific Strategy Report. Tucked away on page 30 of the report is a clear statement that Taiwan is a country, which is a reliable, capable, and natural partner of the U.S. While mainstream media pundits in the U.S. might not make a fuss about what on the surface may seem trivial, rest assured that analysts in Beijing took it much more seriously. On the following page, the report states the following.

“The United States has a vital interest in upholding the rules-based international order, which includes a strong, prosperous, and democratic Taiwan. The United States is pursuing a strong partnership with Taiwan and will faithfully implement the Taiwan Relations Act, as part of a broader commitment to the security and stability of the Indo-Pacific.”

Given such language, the U.S. military is clearly not ambivalent about U.S. policy towards Taiwan. Although not widely reported, it is possible these pages of the Indo-Pacific Strategy Report took some in Washington, as well as Beijing, by surprise.

The report continues that it is the objective of the DoD’s defense engagement with Taiwan to ensure the country remains “secure, confident, free from coercion” and able to engage with Beijing on its own terms.

In the week since the release of the report and Shanahan’s talk in Singapore, Stratfor reported that a delegation of over 100 people representing the U.S. Indo-Pacific Command and the FBI arrived in Taipei for closed door talks. Interestingly, the U.S. INDO-PACOM is a co-host of the 2019 FBI National Academy Associates Conference, which is being held for the first time in Taipei this year (June 9-14).

Then on June 10, it was reported that Taiwan’s Maj. Gen. Erh-Jung Liu had been in attendance at the annual Pacific Amphibious Leaders Symposium (PALS-19), held June 3-6. U.S. INDO-PACOM Commander Admiral Phil Davidson, was also at the Symposium. If the trends of U.S.-Taiwan relations under the Trump administration continue apace, then, as CNBC reports, there is certainly a high chance that Taiwan may become more central to the conflict brewing between the U.S. and China.

But what many might not consider is that such a course is precisely the one the U.S. military is expecting, and potentially, even encouraging.

In a recent article entitled “The Navy’s War vs. Bolton’s War,” author Michael Klare makes a strong case for the possibility of disagreement between interventionist tendencies of National Security Advisor John Bolton, and the priorities of Joint Chiefs of Staff at the Pentagon, specifically those of the Navy and Air Force.

Given recent U.S. history of wars abroad, and the decline in military spending and organization over the Obama administration, Klare makes the case that the Pentagon has already set its priorities for the next decade on force modernization to develop battle readiness for great power competition, which will require high-tech capabilities in scenarios of “multi-domain warfare.” Klare notes that the Pentagon regards China as the greatest and most immediate threat to U.S. power in the world.

“Pentagon scenarios essentially assume that a conflict with China would initially erupt in the waters of the South China Sea or in the East China Sea near Japan and Taiwan. U.S. strategists have considered these two maritime areas America’s ‘first line of defense’ in the Pacific.”

It follows from a pragmatic approach to regional security, that the Pentagon is very keen to ensure that the region’s first line of defense not only maintain its current level of security, but that its role as a bulwark be further strengthened via diplomatic and political channels to the greatest extent possible. USS Carl Vinson in the Indo-Pacific (US Navy photo)

And given the current mounting tensions between Beijing and Washington over trade, tariffs, cyber security, and the South China Sea, the current situation offers an excellent window for the Pentagon to skillfully, and subtly exercise the power they have in Washington to persuade the administration, and the Congress, towards the most tactically sound approach to Taiwan relations in light of the long-term generational threats posed by China.

As Trump now prepares to head to Osaka for the G20 Summit, the threats he has made regarding tariffs, although far more extensive than those previously implemented, are still well within the scope of what China has come to expect from dealing with Trump over the past two years.

Authors at the National Interest are under the impression that “this is no way to win a trade war with China.”

“Contrary to President Trump’s claims, it will not be ‘easy’ to get China to substantially dismantle its unfair trade and investment policies through the imposition of tariffs; in fact it will be extremely difficult. Meeting U.S. demands for structural change would compromise some of the principal levers by which the Chinese Communist Party manages its monopoly over political power in China.”

However, their observations don’t take into account that in the grand chess game being played, it stands to reason that the full volley of tariffs to be levied are still only the frontline of the arsenal that Trump is bringing to bear on the upcoming negotiations. The gun on top of the poker table, so to speak, not the one underneath.

If Trump hopes to raise the stakes to a level that will get the Chinese Communist Party to snap to attention and start taking U.S. demands seriously, then the topic of Taiwan will almost certainly find its way to the negotiating table.

If China understands that such a possibility is very real and Trump is willing to follow through with a thorough repudiation of the U.S. “One China” principle, then Xi Jinping will likely be much more willing to negotiate on trade, the South China Sea, and technology theft at the G20 Summit. In which case, Taiwan’s diplomatic status in Washington may remain unchanged for the time being.

However, if hubris gets the best of Beijing, then we may all soon see Taiwan relations placed on the fast track for diplomatic recognition in Washington. This will simultaneously de-legitimize the authority of the communist government in Beijing and herald a major alteration of the geo-political landscape of East Asia.

While many may fret over the potential economic or diplomatic fallout of the U.S. changing course on Taiwan, the U.S. military has without a doubt developed strategic contingency plans should the conflict boil over into the military realm.

Given their clear language in the Indo-Pacific Strategy Report, it seems the U.S. military may not only be anticipating official recognition of Taiwan’s independence, but given their own strategic interests, they may themselves be lobbying for such a development in Washington as well. 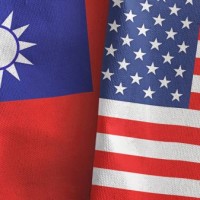 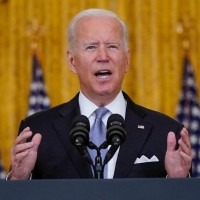