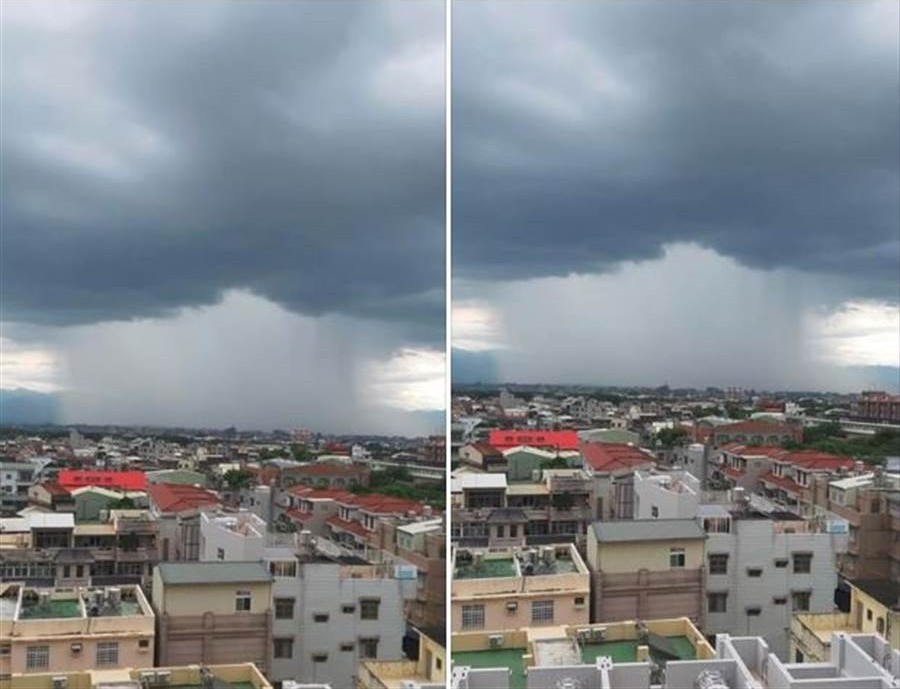 TAIPEI (Taiwan News) -- As a massive plum rain front began to storm into Taiwan on Monday (June 10), photos have surfaced of a "rain waterfall" which appeared over Chiayi City in southwestern Taiwan.

At noon on Monday, a cloudburst was spotted over Chiayi City, prompting many to rush out and take photos of what they described as a "rain waterfall." Many described it as a massive hole which opened in the sky and suddenly dumped water on a localized section of the city.

A member of the Facebook group "Big and Small Things in Chiayi" (嘉義大小事) posted the following image and wrote, "Frightening - bombing." Cheng Ming-dean (鄭明典), director of the Central Weather Bureau (CWB) Meteorological Research and Development Center, said that cloud bursts are more likely to occur in summer, when convection is strong. Cheng said they are short-lived, often disappearing within less than half an hour.

Many netizens were thrilled by the rare weather phenomenon:

"The sky is broken and needs to be filled with dirt."

"Just move it to the reservoir."