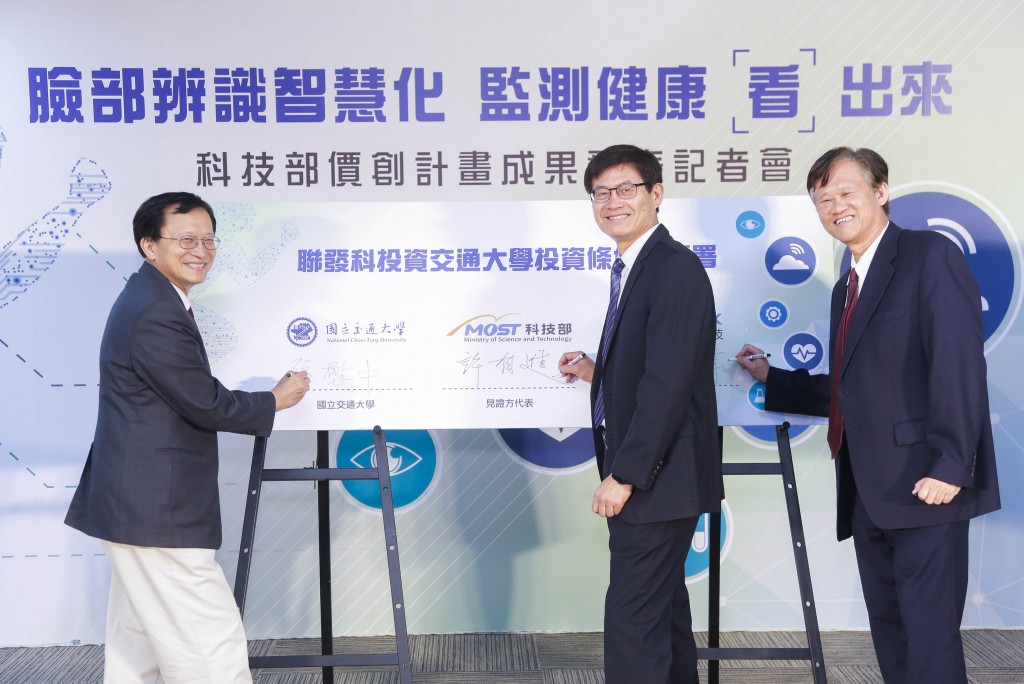 TAIPEI --A Taiwanese university startup, which has developed image-sensing technology to measure a person's blood pressure and heartbeat simply by looking at his/her face, is starting to find commercial success.

SCSB is hoping to improve its VIP service and shore up its security with FaceHeart's facial recognition technology that retrieves physiological data such as blood pressure, heart rate and even emotions simply by detecting the flow change of facial blood, Wu said.

SCSB Executive Vice President Alex Lin (林志宏) said the technology will give the bank insight into a customer's emotions, and if somebody applying for a new account shows abnormal signs, for example, readings from the device could suggest illegal activities such as an attempt to open a dummy account.

Meanwhile, Taiwanese IC designer MediaTek said it has become one of FaceHeart's investors and would produce the chip calculator for the device.

The order and investment have pushed FaceHeart's value to an estimated NT$500 million (US$16 million), Wu said.

Unlike traditional cardio monitors that require physical contact, FaceHeart's device detects facial information remotely with a camera and the face measured does not have to be fixed in front of the camera because the device can function at multiple face angles, Wu said.

The device can detect, process and present a user's physiological information in six seconds, and can even function normally in a dark environment, said Wu, who specializes in facial recognition and processing.

Though Wu did not offer data on the device's accuracy in measuring blood pressure, he said it can detect heartbeats with a margin of error of 2-3 beats per minute, a result aligned with the medical standard certified by the U.S. Food and Drug Administration.

As the device "knows your heart by looking at your face," it has huge potential with a wide range of applications, Wu said, citing NCTU President Chang Mau-chung (張懋中).

According to the Ministry of Science and Technology's Taiwan Startup Institute (TSI), which funded Wu's team, the device can also be used to improve safety on the road.

The device can work as a health management system and monitor the status and behavior of drivers to know whether they are fit for the job, Wu said in a video released by the TSI in December 2018.

If there are abnormal signs such as pain, fatigue or drunk driving, the system will warn the drivers in real-time or inform the authorities concerned, Wu said.