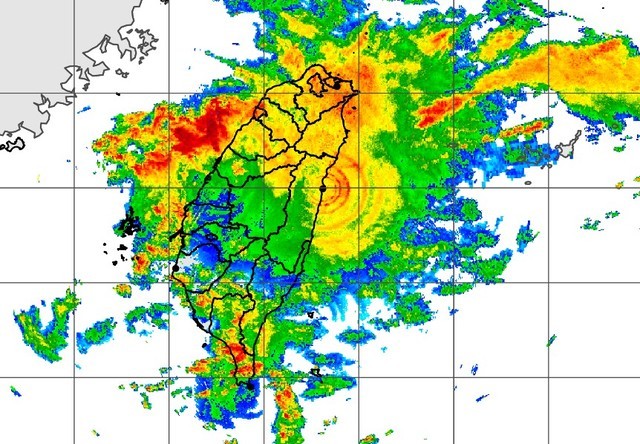 As the first day of a barrage of rain from a plum rain front arrives, and is expected to hover over Taiwan until Friday (June 14), western Taiwan is getting pounded with "violent rainfall," according to the CWB. From 4:10 a.m. to 5:10 a.m. this morning, Kaohsiung's Qianzhen District saw 56 mm of rain.

CWB forecaster Yen Tseng-hsi (顏增璽) said that western Taiwan is currently bearing the brunt of the plum rain front and that the interaction between the southwest wind and terrain is "particularly heavy in central and southern regions." Rains are currently milder in Yilan, Hualien, and Taitung as they are being shielded by Taiwan's massive mountains.

Meteorological experts are concerned about this plum rain front because its "circulation pattern" is conducive to the development of a "mesoscale convective system." Under these conditions, severe weather is likely to strike.

The prolonged rains from the system could bring flooding and other disasters.

In terms of temperatures, highs will range between 27 and 30 degrees Celsius across Taiwan today, and lows will run between 24 and 26 degrees in the evening and early morning.