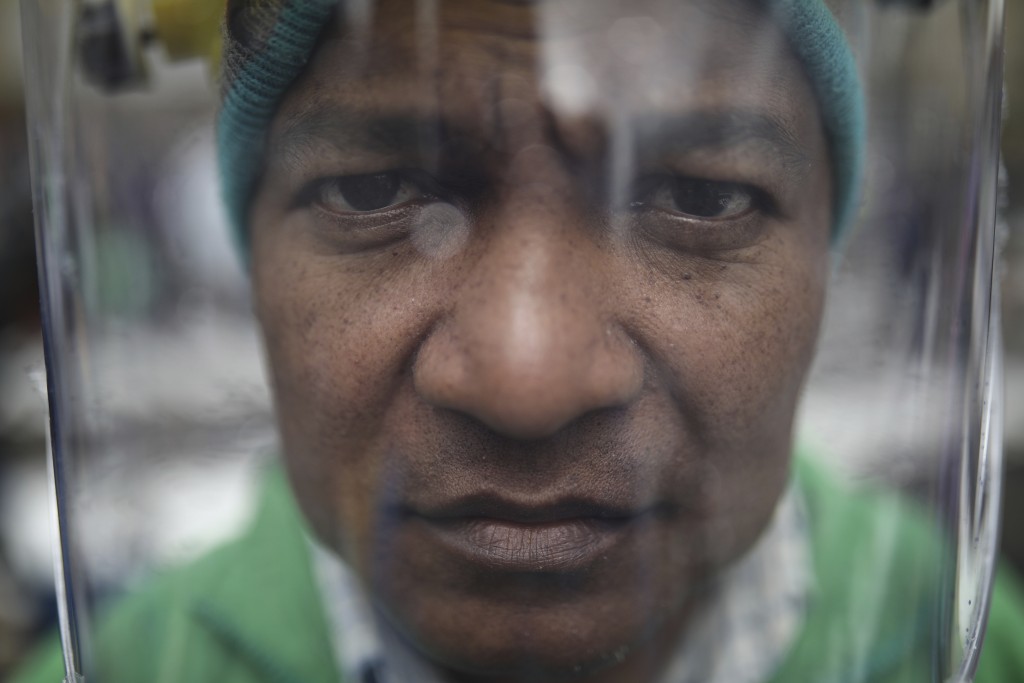 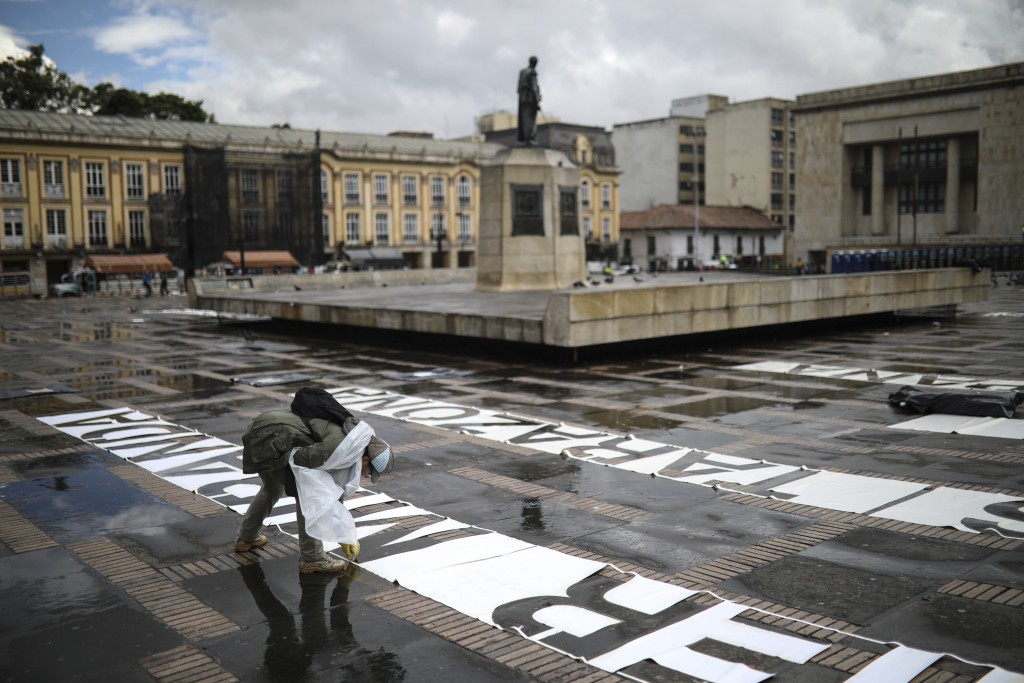 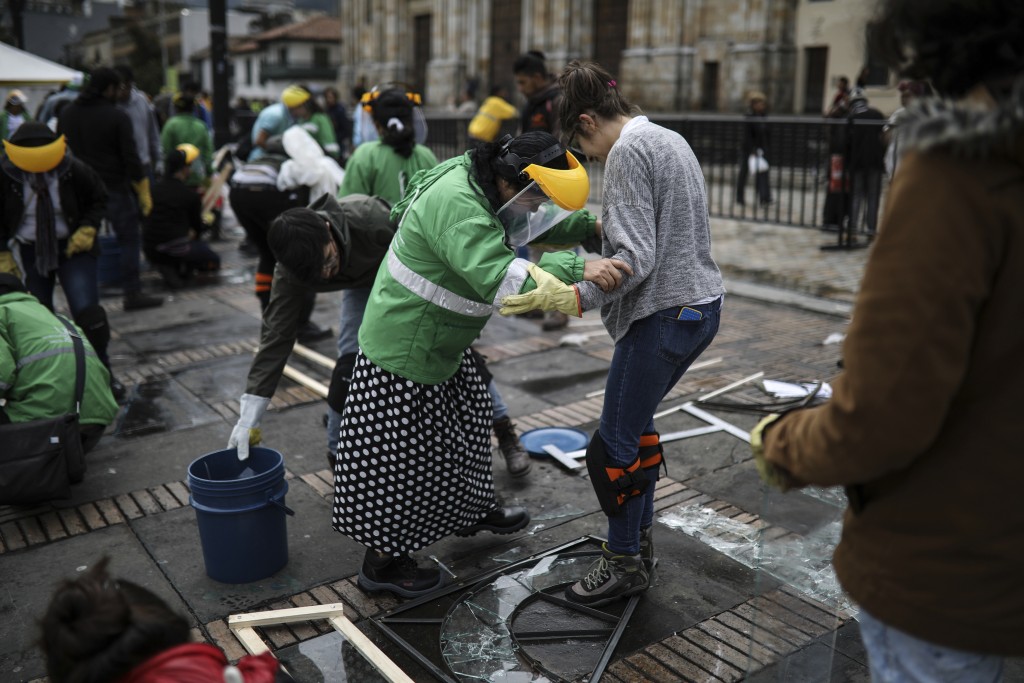 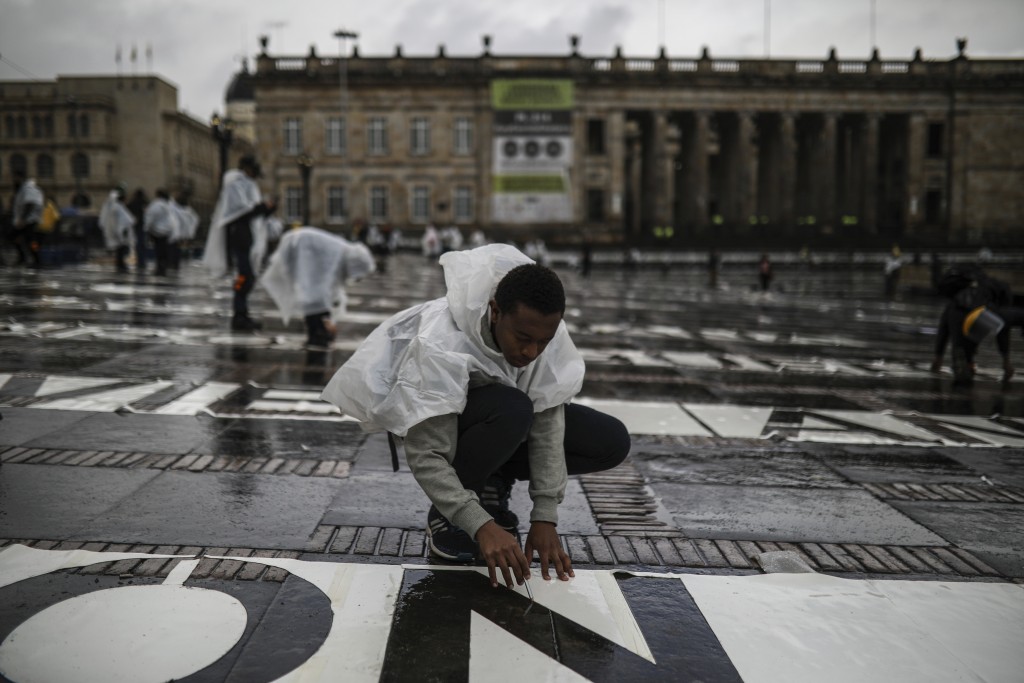 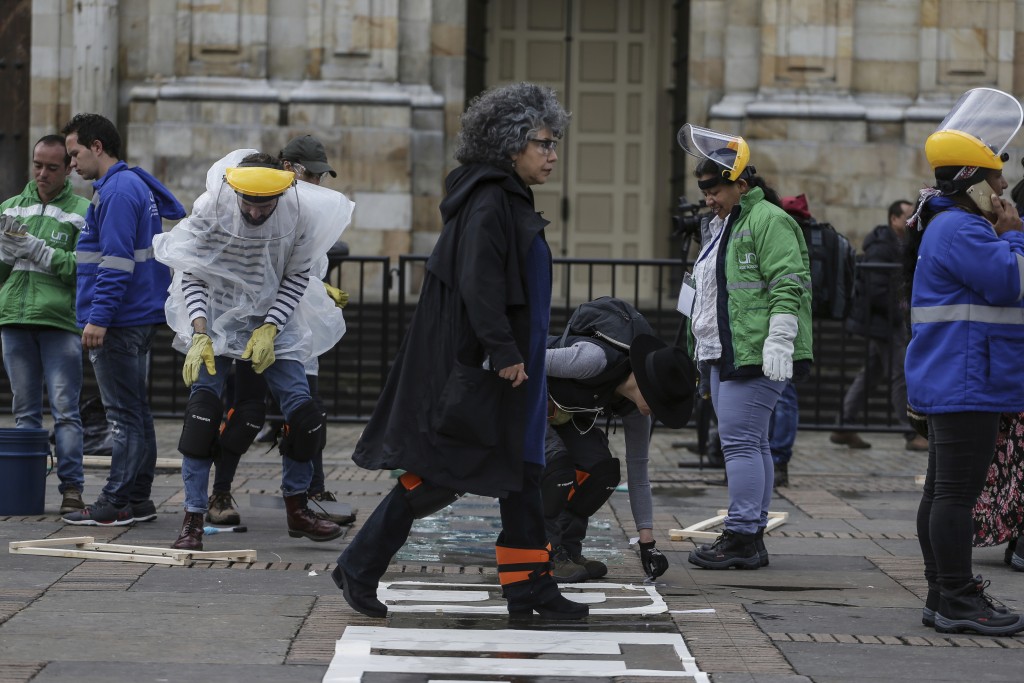 One by one, renowned artist Doris Salcedo led volunteers Monday in creating a public art display in the nation's capital in homage to dozens of human rights leaders killed in the aftermath of Colombia's peace agreement signed in late 2016.

Participants smashed rectangles of glass and then used the shards to etch the names of 165 leading activists killed in the South American nation.

"Glass, like life, is fragile," said Salcedo, whose sculptures and public art exhibits focusing on mourning and loss have been displayed around the world. "Once broken, it cannot be mended. You cannot return it to its original state."

Community leaders are being harassed, threatened and slain in alarming numbers as Colombia implements the peace agreement with leftist guerrillas to end Latin America's longest-running conflict.

Prosecutors and human rights groups contend as many as 506 activists have been killed since the start of 2016. They include Afro-Colombian activists, indigenous leaders, and human rights defenders, among others. Authorities believe remnant illegal armed groups and drug networks are responsible for many of the deaths.

Some of the activists were active proponents of aspects of the peace accord, including substitution programs to replace coca plants with new crops like coffee and cacao, as well as victim rights initiatives and land restitution.

The United Nations warned in May that the activist deaths are continuing at a staggering rate, with 51 reported killed in the first four months of 2019.

"We urge the state to make sure all killings, attacks and threats are properly investigated the perpetrators — including those directing them, as well as those carrying them out — are brought to justice," the U.N. Human Rights Office's spokesman, Rupert Colville, said at the time.

Salcedo, a Colombian-born artist, said she thought that broken glass would serve as an effective, symbolic "fractured elegy" to the dead.

She chose Bolivar Plaza in the capital's historic district because she wanted the memorial act to take place in a widely known spot, during the day. Government buildings surround the square, which is frequently used for public protests.

"Mourning has generally been restricted to the private sphere," Salcedo said as the work got underway. "I think that because these deaths are taking place in the light of day, in public space, that we should take mourning to public spaces."

Salcedo has become one of the most prominent voices in Colombia helping the nation heal though art as it implements the peace accord.

Last year, she debuted "Fragments," a simple floor of tiles created with melted rifles. The minimalist but evocative piece is one of three monuments that rebels and government officials agreed to build with over 7,000 surrendered weapons.

In the past, Salcedo has also done giant public art displays in homage to topics like the 1985 siege of Colombia's Palace of Justice where leftist rebels held over 300 people hostage, including high-ranking judges. About 100 people were killed and some remain missing. For that piece, Salcedo hung empty chairs from the building's roof, a symbolic act aimed at compelling Colombians to remember the victims.

The volunteers for the latest piece, including social leaders who traveled from around the country to participate, worked through intermittent rain showers Monday.

Martha Arjona Marin, who leads a women's initiative, said breaking the glass to form the names was a fitting tribute for a painful loss.

"It's a symbol of what it means for me, and for many of us, to lose a human being as valuable as a leader," she said, weeping. "And I lost many, many people."

Salcedo said she hopes the work will force Colombians to ask questions.

"If we don't bring these people to the center of Colombia's political reality, these murders will continue," she said.