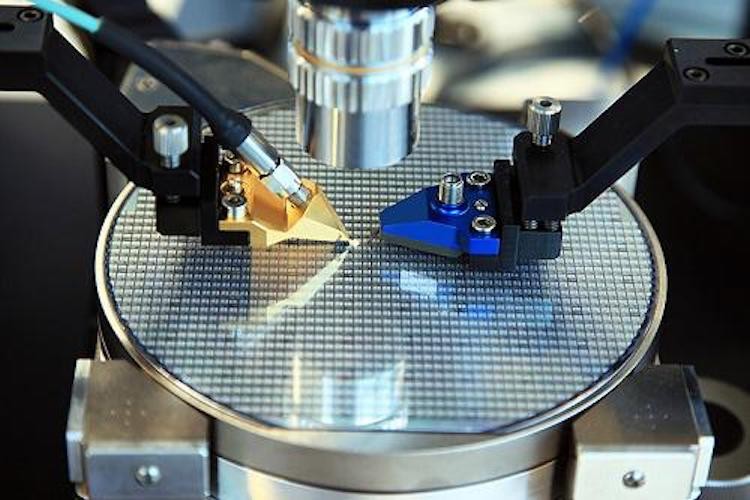 Taiwan Semiconductor Manufacturing Co. (TSMC), the world's largest contract chipmaker, reported that sales rose in May from a month earlier to top the NT$80 billion (US$2.55 billion) mark but were still down year-on-year.

In a statement, TSMC said its consolidated sales for May rose 7.7 percent from a month earlier to NT$80.44 billion, the highest for any month this year.

Analysts attributed the month-on-month rise to shipments that were deferred from the first quarter when the chipmaker suffered a production disruption at its Fab 14B, a 12-inch wafer foundry in Tainan.

The production problem, which was identified on Jan. 19, was later found to be caused by problems with chemicals used to treat TSMC's wafers produced using the 12 nanometer and 16nm processes at the Tainan plant.

Yet despite the gains, the May figure was still down 0.7 percent from a year earlier, as sales have been hurt by weakness at TSMC's biggest client, Apple, and on ongoing trade dispute between the United States and China.

But TSMC has said that its shipments to Huawei will continue despite the U.S. ban, and it left its second quarter sales guidance unchanged at US$7.55 billion to US$7.65 billion.

The market has estimated that Huawei accounts for 5-10 percent of TSMC's total revenue.

TSMC Chairman Mark Liu (劉德音) admitted at an annual general meeting held on June 5, however, that the company has seen orders from Huawei fall in the wake of weakening global demand for high-end smartphones.

Based on TSMC's consolidated sales of NT$155.13 billion for April and May combined, the chipmaker only needs to post NT$77.79 billion in revenue for June to hit the sales target set in mid-April, something analysts said will not be hard for TSMC to achieve.

In the first five months of 2019, TSMC posted consolidated sales of NT$373.84 billion, down 9 percent from a year earlier.

At the shareholders meeting, Liu said that after a slow first half, TSMC's sales growth should gain momentum in the second half.