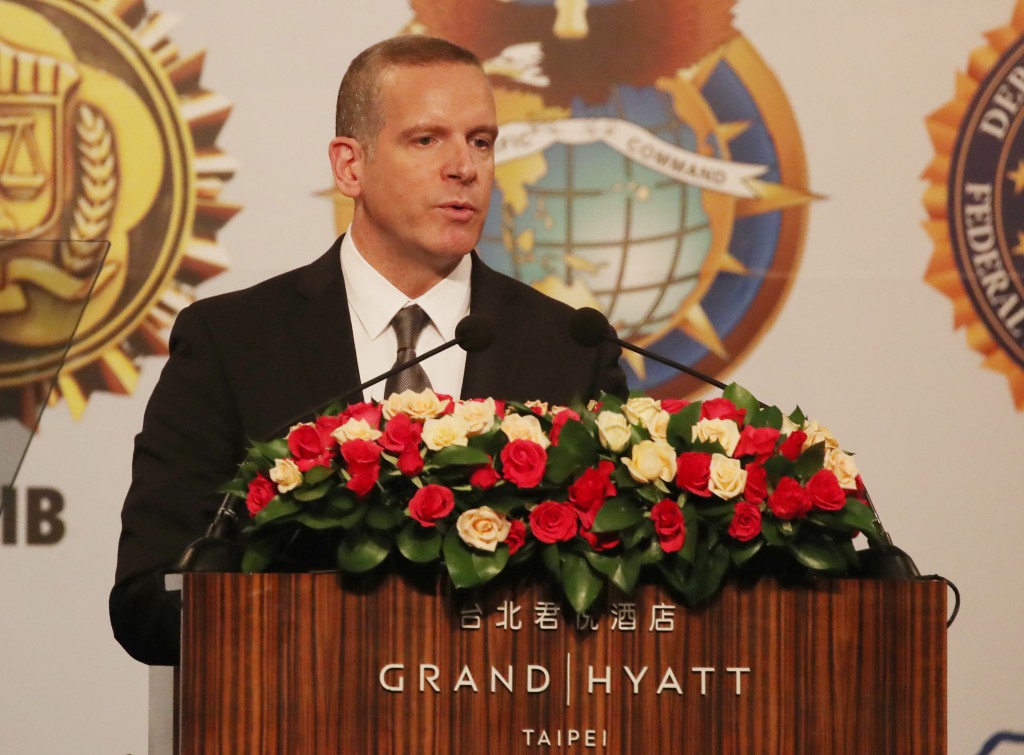 Speaking at the opening of the National Academy Association Asia-Pacific Chapter Conference, FBI Associate Deputy Director Paul Abbate, the highest-level official from the U.S. intelligence services to ever visit Taiwan, emphasized the importance of sharing new investigation practices and working together to combat threats around the world.

“For the Indo-Pacific region to continue to flourish, law enforcement must ensure each country in the region be free to determine its own course within a system of values that ensures opportunity for even the smallest countries to thrive, free from the predations of the strong,” Abbate said.

President Tsai Ing-wen (蔡英文) made a brief appearance at the ceremony held in Taipei on Monday morning. “Our unique location and strong law enforcement capabilities make us a key link in the prevention of the transnational crimes,” Tsai said.

The government is prepared to work with like-minded partners throughout the region and entire world to find ways to make the Indo-Pacific region a safer, more prosperous place, Tsai added.

Leu Weng-jong (呂文忠), director-general of Taiwan’s Investigation Bureau, said holding the event in Taipei and the visit of Abbate demonstrated the close bond between Taiwan’s law enforcement agencies and the FBI over the years. This event “marks an important milestone for future cooperation in combatting transnational crime,” Leu added.

Many law enforcement officers from the Asia-Pacific region have taken part in the FBI program, and alumni gather every year for a retraining event, said Leu. Nearly 200 alumni from 22 countries are joining the five-day event held in Taipei, which involves physical training and discussions about intelligence strategies.

According to Leu, 36 Taiwanese officers have participated in the FBI National Academy since 1961.

Lauding Taiwan as one of the U.S.’ closest law enforcement partners, Raymond Greene, acting director of the American Institute in Taiwan (AIT), voiced his regret that Taiwan is still excluded from participating in such international organizations as Interpol, an inter-governmental organization promoting police cooperation.

“Taiwan’s absence not only harms its 23 million people, but also increases risks to all countries,” Greene said.