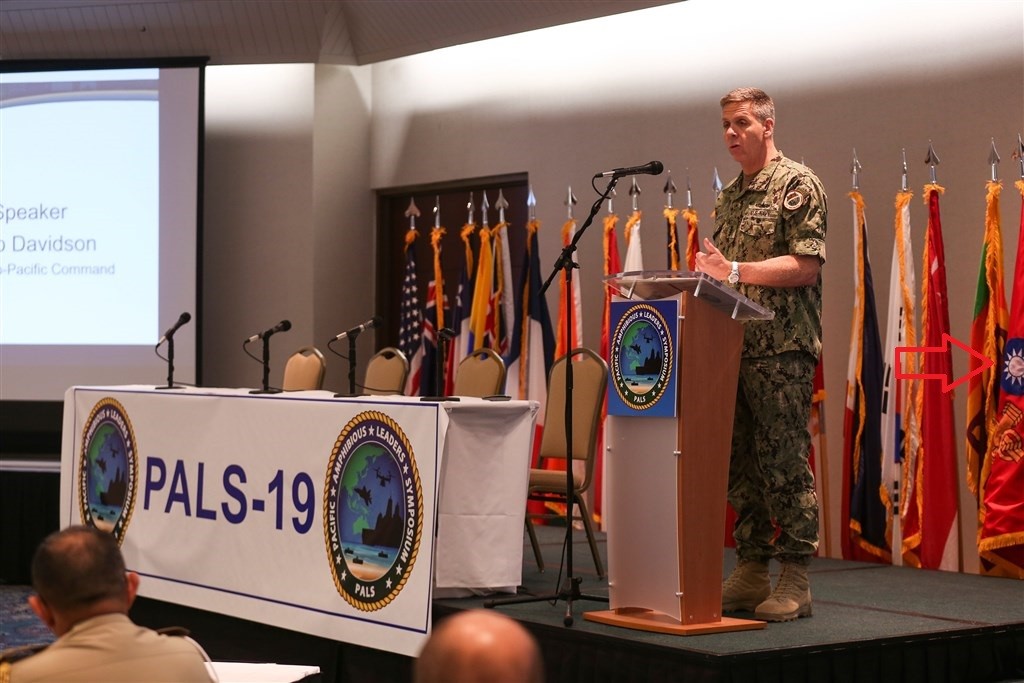 TAIPEI (Taiwan News) -- In a move sure to cause China to cry foul, a Taiwanese military leader and the Taiwanese Marine banner appeared at the annual Pacific Amphibious Leaders Symposium (PALS-19) from June 3 through June 6.

In a sign of increasing high-level exchanges since the passing of the Taiwan Travel Act (TTA) in 2018, Marine Forces Pacific posted an image of Admiral Phil Davidson, commander, U.S. Indo-Pacific Command speaking on a podium with the flag of Taiwan's Marine Corps. in the background at the PALS-19 event in Honolulu, Hawaii. Photos have also surfaced of Taiwan Maj. Gen. Erh-Jung Liu (劉爾榮) speaking with U.S. military commanders and exchanging gifts with them.

According to the Defense Visual Information Distribution Service (DVIDS), PALS is a gathering of senior leaders of over 20 allied and partnered militaries from across the Indo-Pacific to discuss "amphibious operations, with the objective of maintaining and developing regional relationships and having a meaningful dialogue on key aspects of amphibious operations, capability development, crisis response and interoperability." Taiwan Maj. Gen. Erh-Jung Liu, commander, Joint Operations Training Command took part in the four-day symposium.

According to CNA, the last time a Taiwanese military leader had attended PALS, was in 2015, when Major General Liu Yu-ping (劉豫屏), commander of the 99th Marine Brigade, was invited by the United States Indo-Pacific Command.