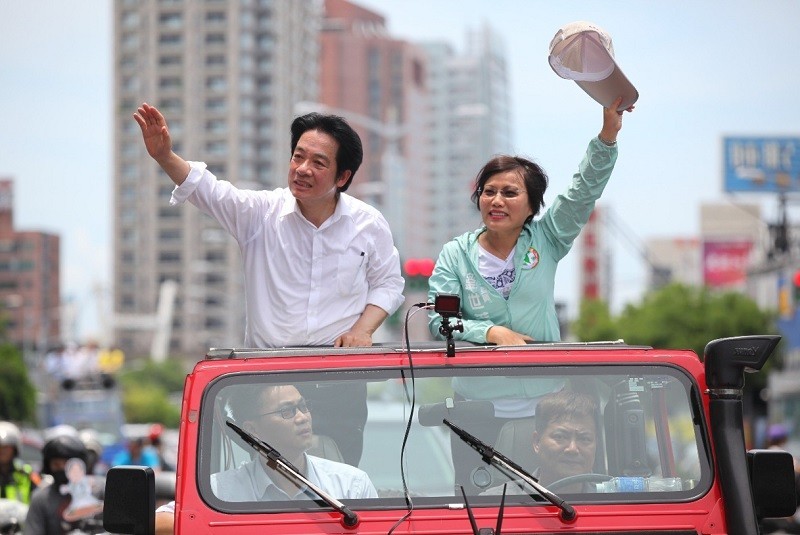 TAIPE (Taiwan News) – Taiwan’s ex-premier William Lai (賴清德) on Sunday (June 9) pleaded with the public to choose the strongest candidate for the Democratic Progressive Party (DPP) before the party conducts a 5-day telephone poll, beginning on Monday (June 10), to determine its candidate for running in the 2020 presidential election.

Lai has embarked on a 3-day motorcade parade, starting from a temple in Taiwan’s southern county of Pingtung on June 9 and ending on the Ketagalan Boulevard on June 11.

Lai said the primary has come to the last stage and pleaded with the public to “choose the strongest candidate to represent the DPP” and enable the party to safeguard Taiwan and democracy in the upcoming 2020 presidential election.

DPP Legislator Chung Chia-pin（鍾佳濱）representing Pingtung came to the temple to show his support, saying that he believes in the Taiwanese saying, “The ruler of heaven favors the modest ones,” and that Lai will win in the end.

Media reported that some people set up stalls at a market in Pingtung several days ago, appealing to shoppers to “support Lai in order to resist Han,” who is the opposition Kuomintang's (KMT) presidential front runner.

In response to Legislative Speaker Su Jia-chyuan’s (蘇嘉全) comment in a rally to gather support for President Tsai Ing-wen (蔡英文) that Tsai “appointed a wrong premier,” Lai said that when he left his post as Tainan mayor to take over as premier, he acted out of goodwill with a resolution to fight for Taiwan.

He added that challenges had loomed over Tsai’s administration when he took over, and during his tenure of one year and four months, his team tried its best to push forward many policies, including the tax cut measures that have benefited the public the most and the project that has created a favorable investment environment for Taiwanese businesspeople moving their businesses back to Taiwan.

Referring to the tax cut measures, Lai said the tax cut bill was initiated by his predecessor Lin Chuan (林全) and pushed through the legislature by his team.

In response to the comment that some people have made about the primary being a disproportional battle, Lai said that the factor in determining the outcome of the primary is the will of the people. The ex-premier added that for that reason he came back to grassroots communities, using the most traditional and sincerest fashion to appeal to the public for their support.

Pingtung County Commissioner Pan Men-an (潘孟安) came out in support of Lai, saying that he wanted to give Lai more blessing and was moved by him for his courage and sense of mission to uphold Taiwan’s future.