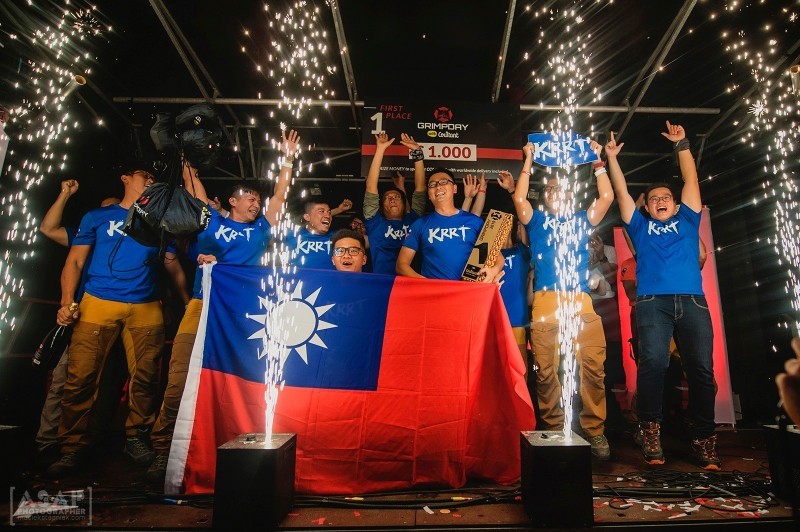 TAIPEI (Taiwan News) – Taiwan has developed a well-deserved reputation across the world for its expertise in disaster management and rescue.

On June 8 in Namur, Belgium, a team of firefighters and rescue association members from Kaohsiung proved spotlighted and proved that reputation as champions of the annual GRIMPDAY challenge.

The GRIMPDAY challenge is an annual competition, started in 2006, to test various rescue techniques and encourages skills development for those tasked with saving lives in dangerous situations.

“Grimpday is an international challenge that brings together search and rescue teams from around the world (firefighters, civil defense, military, and police)….where teams competed against each other through exercises involving the unique elements related to search and rescue in hazardous environments.

This event was created in 2006 by members of Namur’s regional fire department. Courant, Vertical Living is proud to support this initiative that reinforces the development of effective techniques for rescues in hazardous environments.”

After a series of activities involving rapid transport and protection of heavy loads meant to simulate rescuing victims from hazardous environments or disaster scenarios, Kaohsiung's KRRT was declared to have the greatest performance of all competing squads.

Liberty Times reports that most of the volunteer KRRT members are active firefighters that have also completed four years of service in Taiwan’s military.

On the KRRT Facebook page, the team shared the following message.

“Sometimes you insist on something so foolishly, but when you finally see results, it tastes so sweet. Today, people here have recognized Taiwan, and they have recognized KRRT. Among 30 teams from around the world, KRRT is Number 1.”