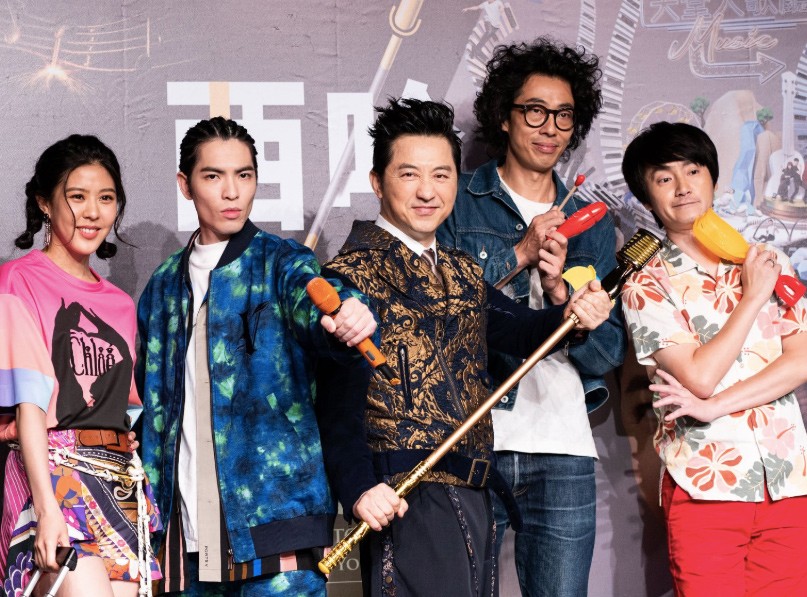 TAIPEI (Taiwan News) — Taiwanese musician Harlem Yu (庾澄慶) launches theatrical performance of “Journey to the West- Uprise of the Young Devil” to commemorate the 30th anniversary of his career. The performance run will kick off in September at the National Kaohsiung Center for the Arts.

The story of the upcoming musical “Journey to the West- Uprise of the Young Devil” (西哈遊記-魔二代再起) is based on the Chinese literature classic “Journey to the West” (西遊記) which follows the adventures of a powerful monkey king (孫悟空), a pig (豬八戒) and a water demon (沙悟淨), under the lead of their master, a monk named Tang San-zang (唐三藏), as they travel far to the West to search for a sacred Buddhist sutra.

“The theatrical musical will present the battle between the monkey king and the 'young devil,' Fire Kid (紅孩兒) , who is the son of the Ox King (牛魔王) from the Journey to the West,” Said Yu.

The line-up for the musical's cast has been recently released. The two main roles of the Monkey King and Fire Kid will be played by Yu, and the renowned Taiwanese singer, Jam Hsiao (蕭敬騰), respectively. The pig will played by the vocalist of the band, Wongfu (旺福樂團), Bruce (小民), and the monk will be played by Taiwanese singer and song writer, Ma Nien-Hsien (馬念先). The beautiful young singer, Erika Liu (劉艾立) will play the water demon.

Yu stated that the character of the Fire Kid portrays a very cold demeanor outside, but burns like fire inside. Hsiao is the perfect fit for the role as he’s got an explosive and penetrating voice.

“Journey to the West- Uprise of the Young Devil” will run at the National Kaohsiung Center for the Arts (Weiwuying) from September 5-8. For more information, please go to the Facebook page or official website.