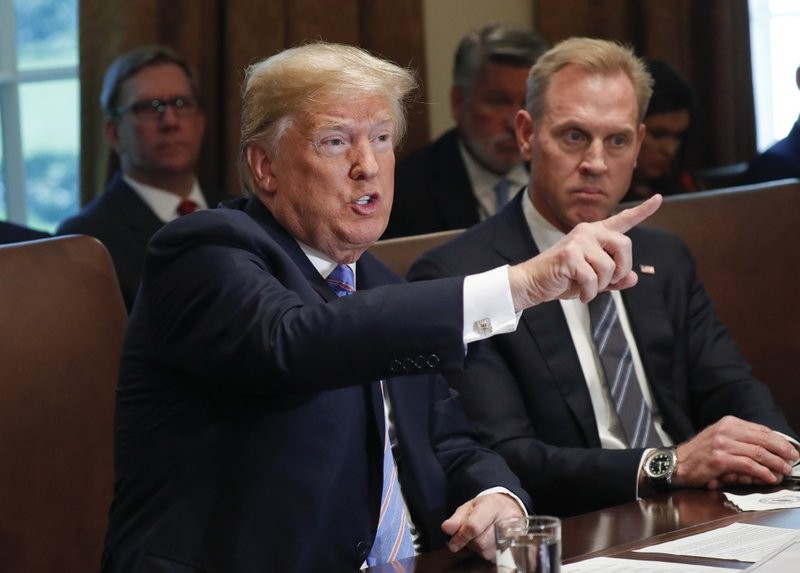 TAIPEI (Taiwan News) – Over the past several months, and especially the last few weeks, it appears that the United States under the Trump administration is taking a much clearer stance on relations with Taiwan.

Specifically, the Indo-Pacific Strategy Report published by the Department of Defense (DoD) on June 1, along with a few other notable events, and the recently reported US$2.6 billion dollar weapons deal to provide Taiwan with new tanks and missiles, suggests that the Trump administration is taking its obligation to ensure Taiwan’s defensive capabilities seriously.

The terminology used in the Indo-Pacific Strategy Report (PDF link) may indicate a change in how Washington sees Taiwan’s political status. On page 30 of the report, under the heading “Strengthening Partnerships,” the DoD states the following.

“As democracies in the Indo-Pacific, Singapore, Taiwan, New Zealand, and Mongolia are reliable, capable, and natural partners of the United States. All four countries contribute to U.S. missions around the world and are actively taking steps to uphold a free and open international order.”

Beyond referring to Taiwan as a “country” with no mention of the “Republic of China,” the report also emphasizes that the U.S. military is committed to upholding the provisions of the Taiwan Relations Act (TRA), and states that a “strong, prosperous, and democratic Taiwan” is in the interests of the United States.

Business Insider reported the DoD’s recognition of Taiwan as a country, may be an intentional means for Washington to “turn up the heat on Beijing” as the two countries push one another in a trade war that looks likely to escalate. Although seemingly minor, China has previously said that any attempts to recognize Taiwan as an independent country, might be provocations that would force Beijing to go to war.

On the same day the DoD strategy report was released, Defense Secretary Patrick Shanahan spoke at the annual Shangri-La Dialogue and security summit in Singapore. At the summit, Shanahan declared that the U.S. stands by its obligations to Taiwan under the TRA.

Other notable actions taken by the U.S. in recent weeks appear to be striking the same tone on the issue of U.S.-Taiwan relations, including the recent bilateral meeting of top national security officials, David Lee and John Bolton. The meeting rankled officials in Beijing.

Then on Friday (June 7) a delegation numbering over 100 representing the U.S. armed forces and the Federal Bureau of Investigation (FBI) arrived in Taipei for a five day visit and security talks.

Both meetings are in line with the Taiwan Travel Act passed last year, which calls for more official exchanges between the countries.

Add to that, the recent opening of the impressive new American Institute in Taiwan's building in Neihu, a long awaited development, which opened its doors to the public on May 6. Operations at the new AIT location came just two weeks before Taiwan's representative office in Washington D.C. changed its name from the Coordination Council for North American Affairs (CCNAA) to the Taiwan Council for U.S. Affairs (TCUSA).

In other news indicating a change in U.S. recognition of Taiwan as an independent state, the United States Air Force Academy recently recognized Taiwan as a “nation” at its graduation ceremony on May 30.

Also on June 4, a U.S. Senate resolution was introduced that calls for the Senate to affirm support for Taiwan's efforts to deter hostility from China. Notably, the resolution only refers to the “Government of Taiwan” in contrast to the “People’s Republic of China” across the Taiwan Strait.

As long as tensions between Beijing and Washington continue to simmer over trade and the South China Sea, the trend of improving U.S.-Taiwan relations is likely to continue over the coming months, and possibly years.