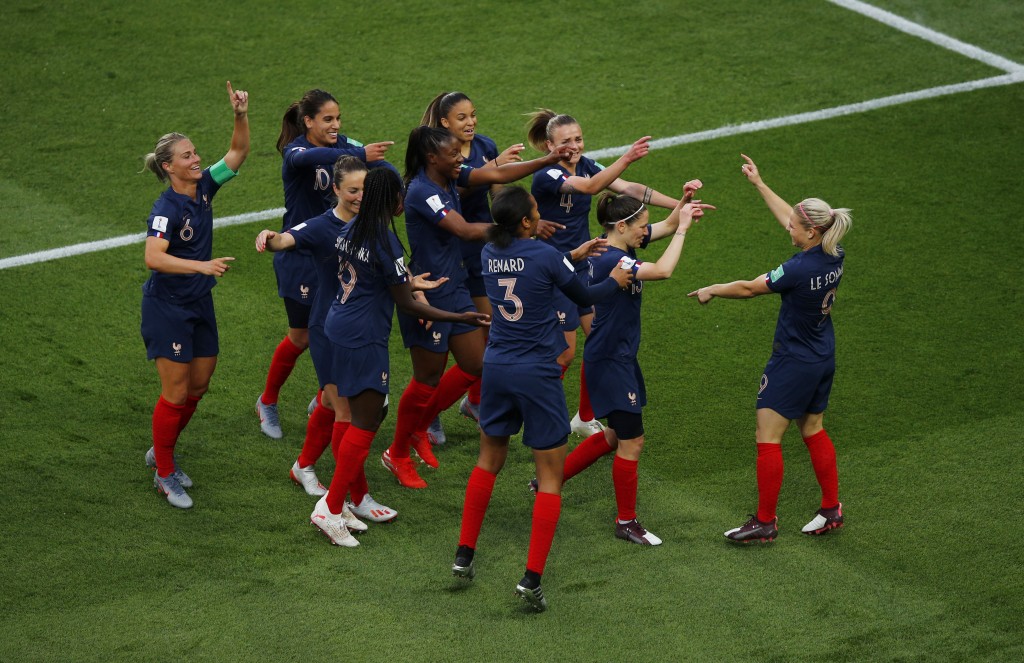 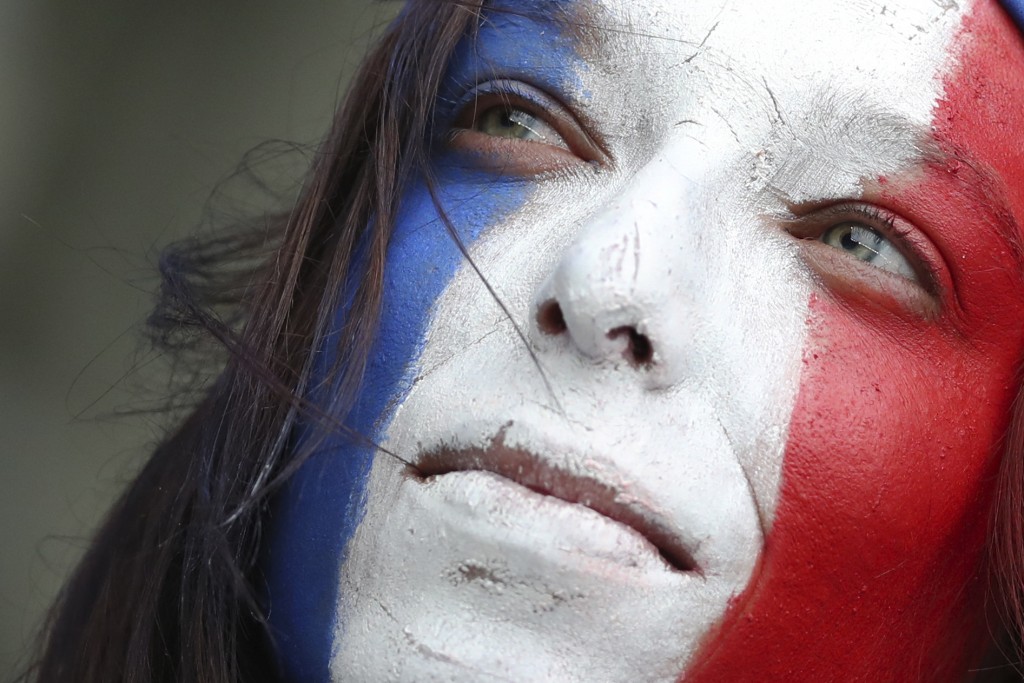 PARIS (AP) — From the Eiffel Tower to the Champs-Élysées and across the Paris Metro, the Women's World Cup has had little visibility in the French capital.

The hosts at least made their presence felt on the field on Friday night in front of French President Emmanuel Macron. FIFA's monthlong women's soccer showpiece opened with France beating South Korea 4-0 in front of 45,261 fans at Paris Saint-Germain's stadium.

"We knew that it was going to be a very emotional evening but I think we managed it well," said Wendie Renard, who scored twice on headers off corner kicks. "When you have more than 45,000 people singing the French national anthem, obviously it drives you forward, but we really made the most of the crowd's support."

The use of the city's second-largest stadium — rather than the Stade de France where French men opened and ended the European Championship three years ago — underscores the ongoing quest for greater gender equality.

The 24-team tournament started against the backdrop of a widening prize money gap between the men's and women's World Cup. The prize money pot has doubled from four years ago to $30 million, but the total available for the 32 men's teams last year in Russia was $400 million — and that is increasing by $40 million for Qatar in 2022.

"Is it enough? No," FIFA President Gianni Infantino said Friday. "Can we do better? Yes. But it's a step."

A step not far enough, according to many players competing for the trophy in France — particularly the defending champions from the United States. The U.S. players, who open their title defense against Thailand on Tuesday, have filed a lawsuit at home that accuses the U.S. Soccer federation of discrimination and seeks compensation that's equitable with compensation for the men's national team.

The American women have achieved what their male counterparts failed to achieve for the 2018 World Cup — qualify.

And of 965,000 tickets which FIFA says have been "allocated" for this World Cup, supporters from the United States have more than every other country combined — outside of host France.

Although the World Cup has yet to sell out, the advertisements across the Paris Metro for games in France are for men's Euro 2020 qualifiers in three months' time, including next to the Parc des Princes. It reflects a lack of branding across the city where the ongoing French Open dominates sporting signage.

"This is not necessarily our fault if things have been organized in that way," Renard said. "But it can only help in terms of our team spirit having won the match and having made a good start."

Infantino this week acknowledged the need to do more to commercialize women's soccer, which could include seeking sponsorships that aren't combined with the men's competitions. But one of the stars of England's team, which finished third at the 2015 World Cup, is more sympathetic to FIFA in the storm over the lack of prize money parity.

"We don't bring in the money that the men do, we're not as successful as them yet," winger Toni Duggan said ahead of England's opening game against Scotland on Sunday. "They bring in a lot more money than us commercially and are more successful."

"When people ask me: 'Should I earn the same money as the men?' No, I don't believe I should because they're on a bigger scale than me, they have more fans, are more popular. I believe the girls should be better paid but not the same as the men."

FIFA is prioritizing investing more cash across its 211 member federations as part of a $500 million budget for the women's soccer division, including development projects.

"Football is a very male-dominated sport, a macho sport," Infantino said in the opening address of a FIFA women's soccer convention. "But it's changing.

A new world league for national teams between World Cups is planned, potentially in 2021, and Infantino is talking up the qualities of female players being "pure and innocent."

"Maybe it's something we are losing a bit in men's football," Infantino said.

There is a more troubling side to the women's game.

FIFA has sought to address concerns about abuses faced by women by strengthening its ethics code by specifying more incidents around "protection of physical and mental integrity" and increasing the punishments.

"Persons bound by this code must refrain from any form of physical or mental abuse and any form of harassment or any other hostile acts intended to isolate, ostracize or harm the dignity of a person," according to a new part of the code obtained by the AP.

Afghan authorities have been investigating allegations by women's national team players of sexual and physical abuse, and FIFA has suspended federation president Keramuudin Karim during its own investigation.

Previously, only "threats, the promise of advantages and coercion" were specifically prohibited but that has now been expanded in the updated ethics code to include "any form of sexual abuse, harassment or exploitation." FIFA can now impose a minimum 10-year ban from soccer in cases of sexual exploitation or abuse — double the previous maximum sanction.

"Discrimination towards women is certainly a topic that we need to address seriously," Infantino said.