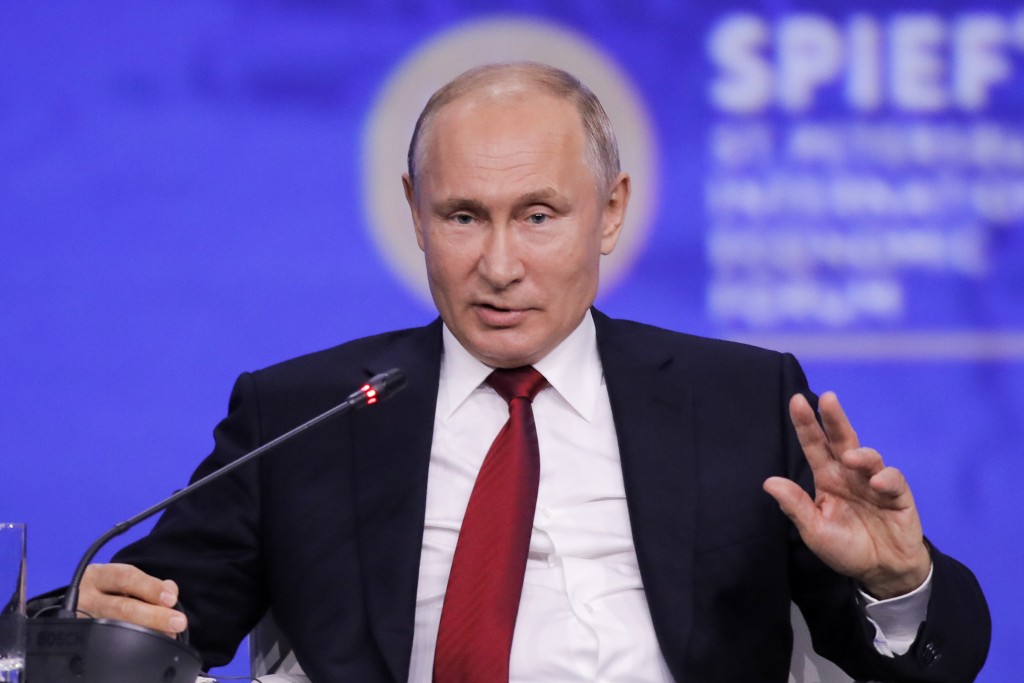 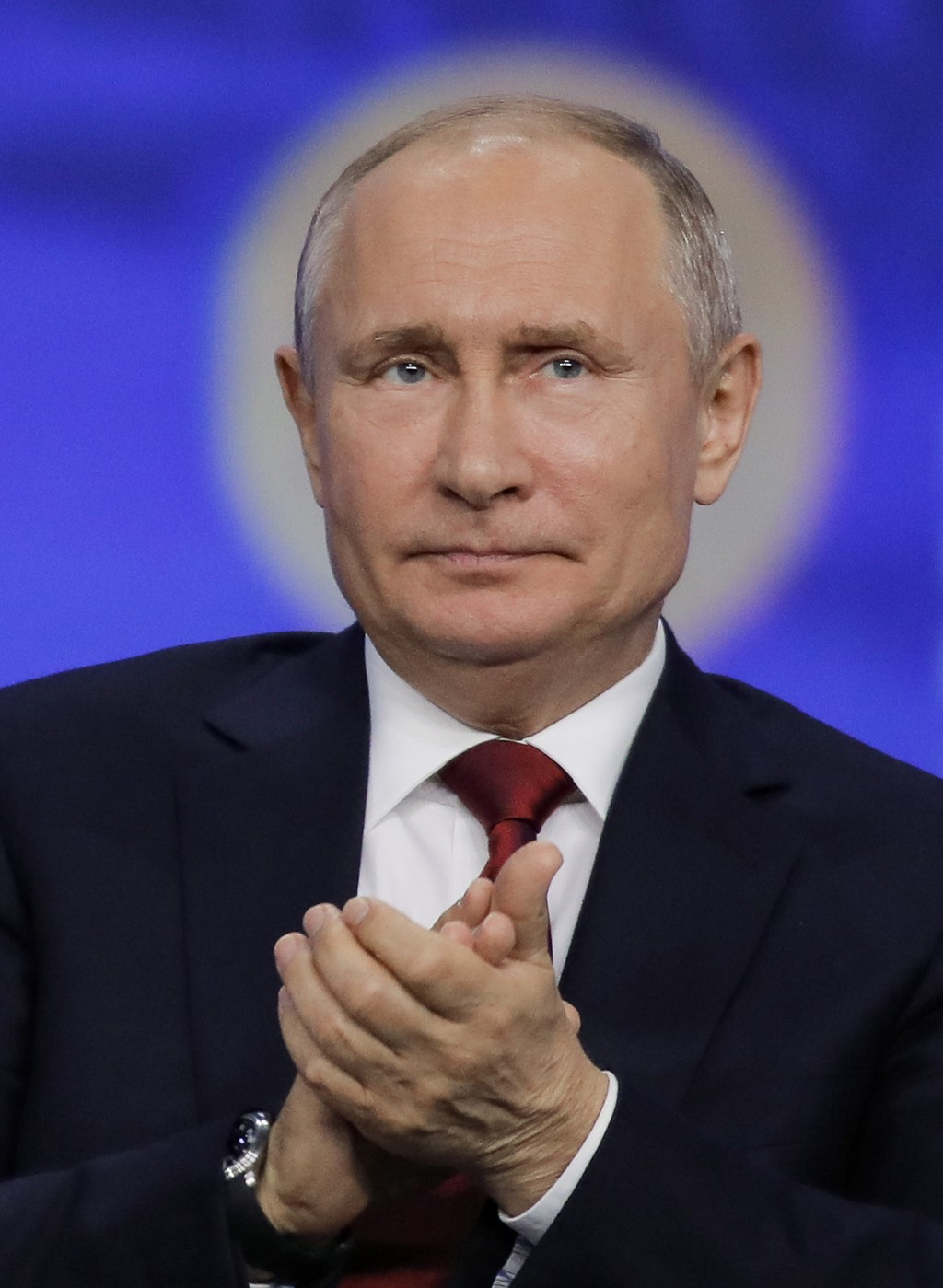 Asked Friday why he didn't congratulate comedian Volodymyr Zelenskiy on taking the office of Ukrainian president last month, Putin pointed at Zelenskiy's statements in which he called Russia an aggressor.

Relations between the two countries have been strained ever since Russia's 2014 annexation of Crimea from Ukraine and Moscow's support for a separatist insurgency in eastern Ukraine.

Putin said that Zelenskiy is a talented actor, but noted that "there is a difference between playing and being."

He softened the statement by adding that Zelenskiy may have the makings of a leader and said that he is open for a meeting with Ukraine's new leader.