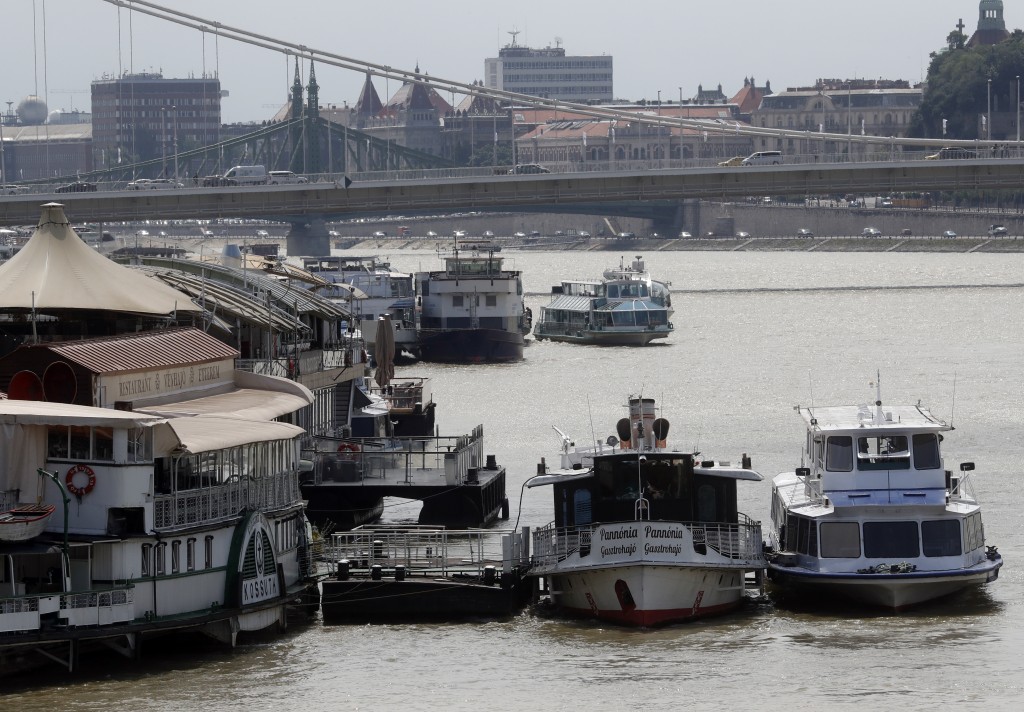 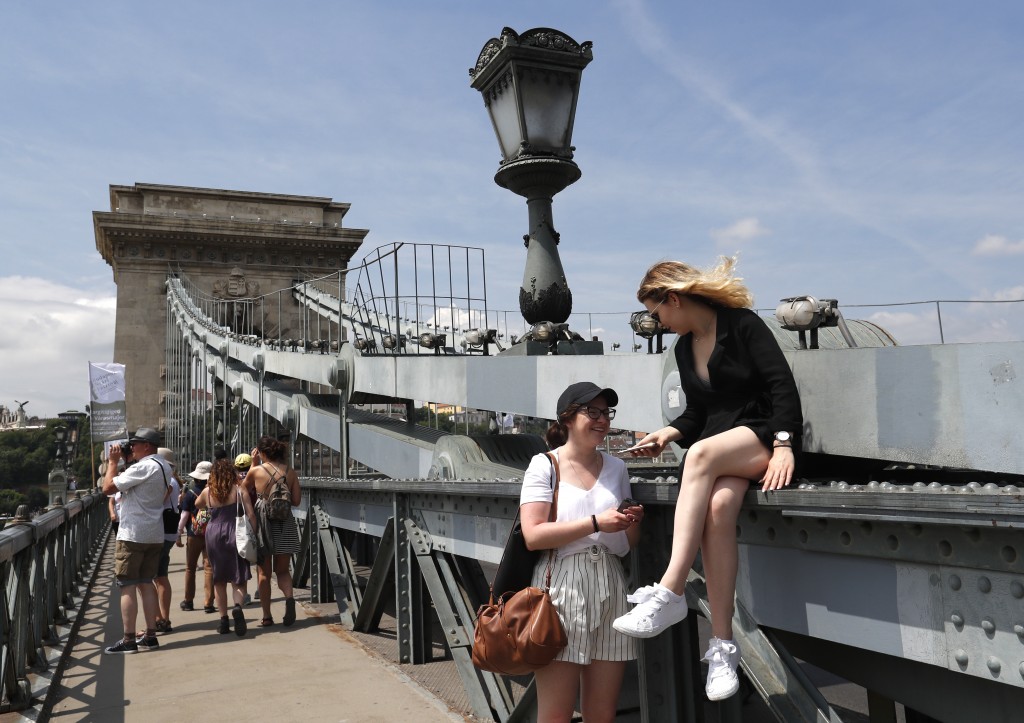 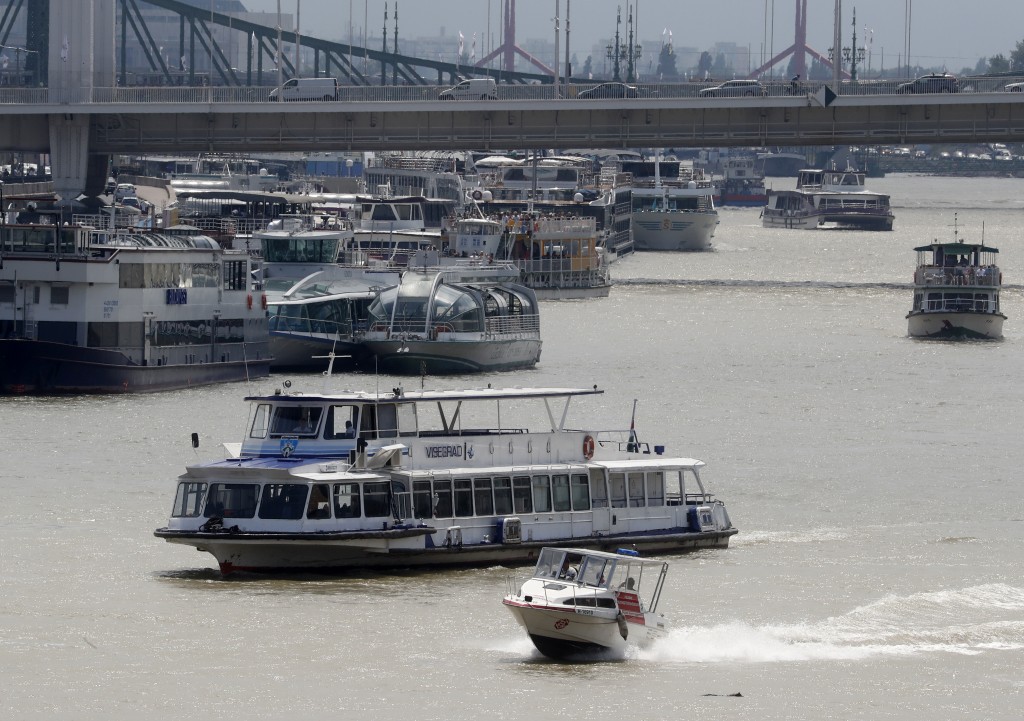 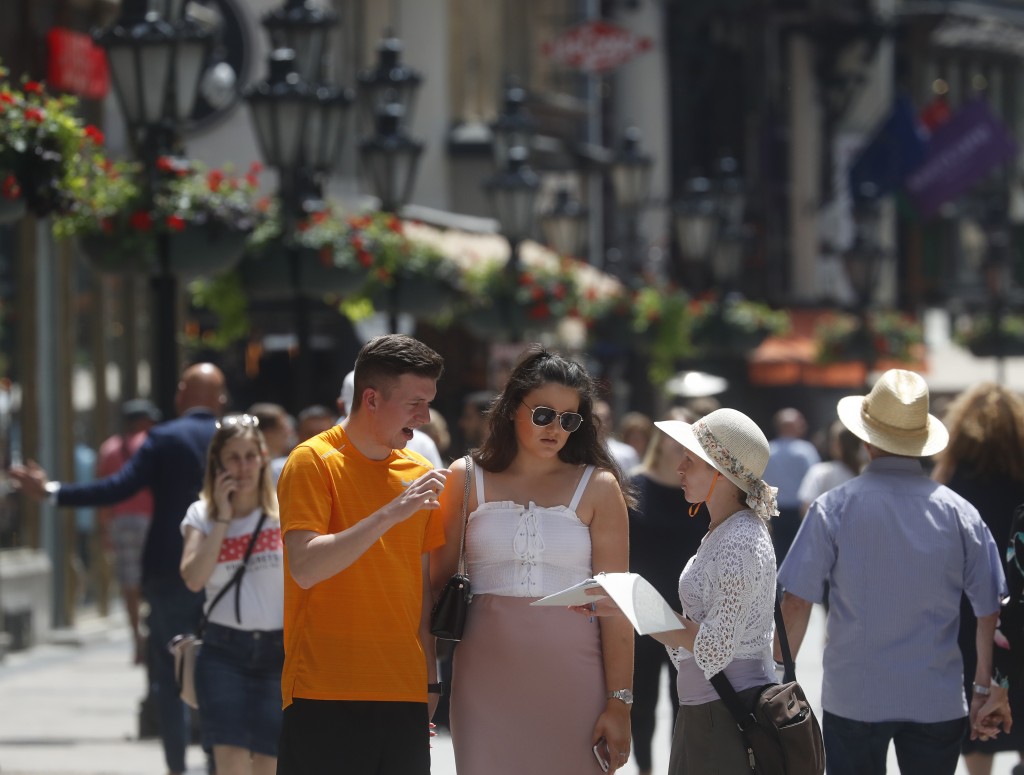 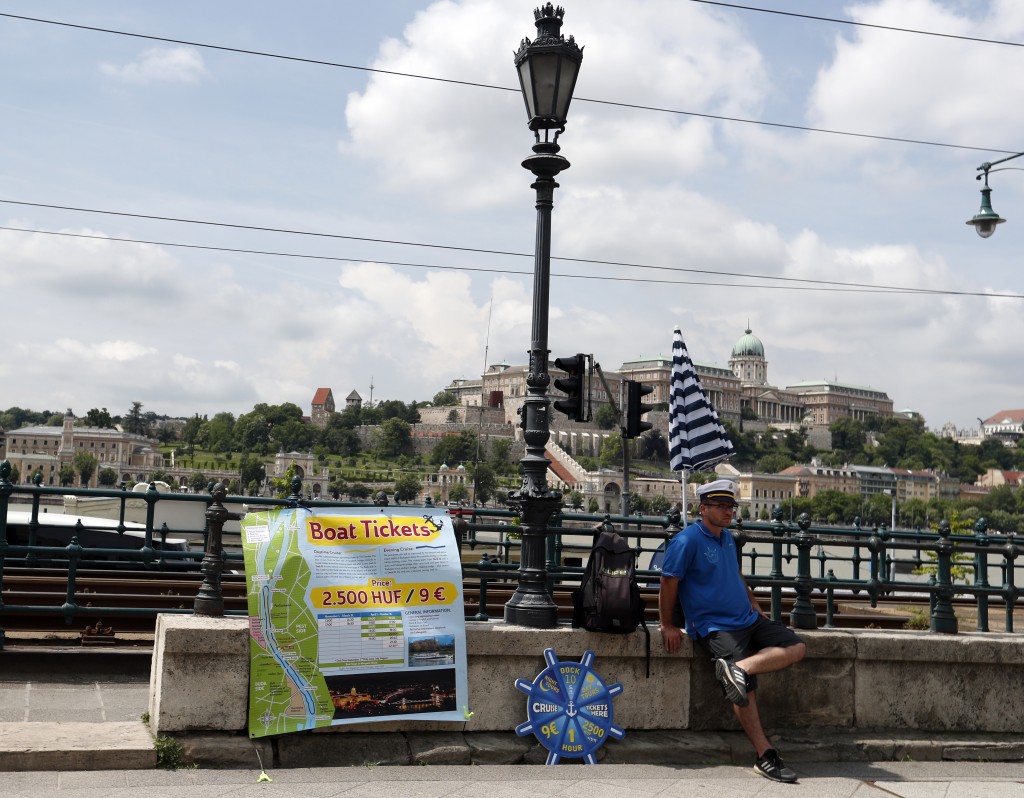 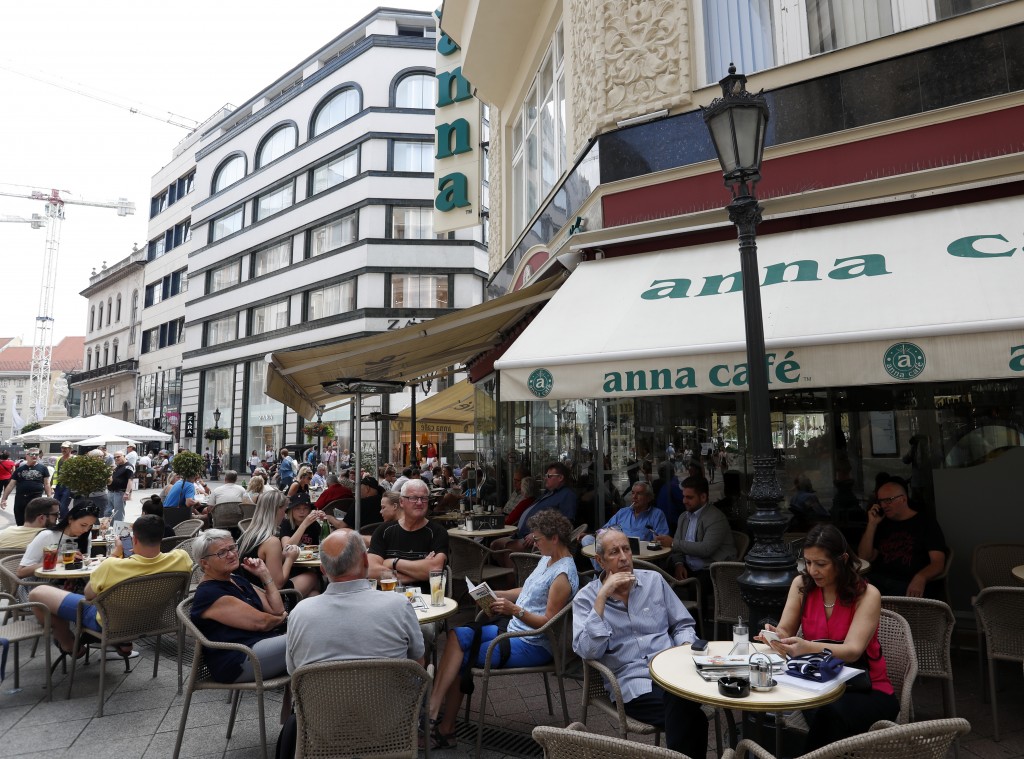 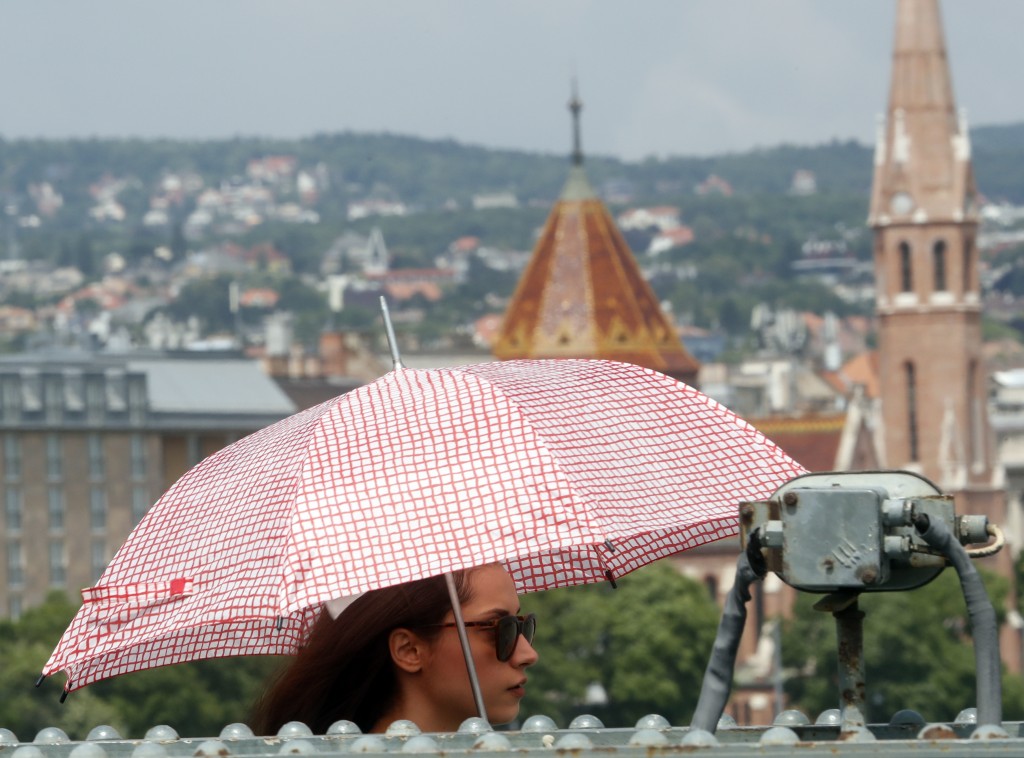 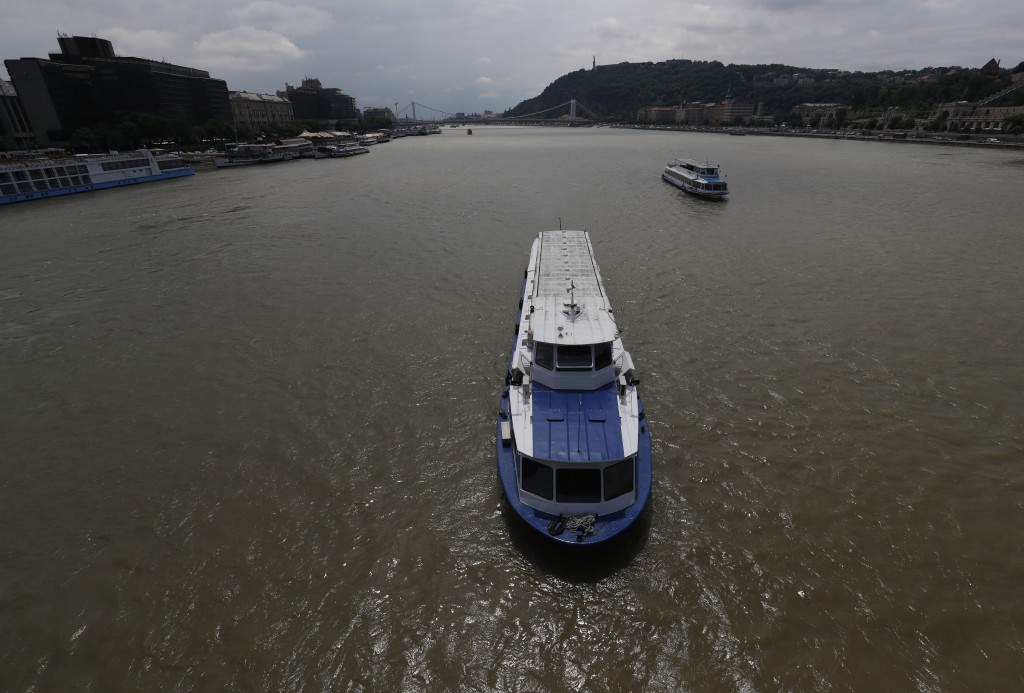 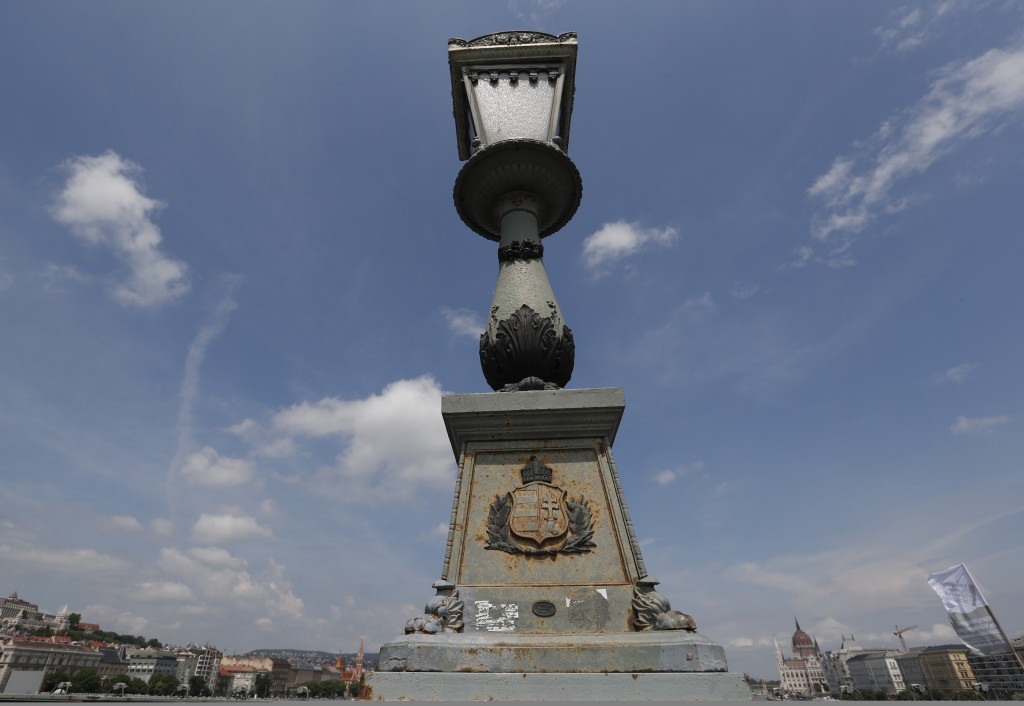 BUDAPEST, Hungary (AP) — A disaster waiting to happen. That's how many in Budapest describe the deadly crash between a small sightseeing boat carrying South Korean tourists and a much larger cruise ship on the Danube River last week.

A tourism boom in the Hungarian capital has led to major congestion on the river flowing through the city, with sightseeing boats and floating hotels competing for better positions in front of spectacular neo-Gothic buildings, ornate bridges and churches lining the Danube.

Numerous boats zigzag almost chaotically on the river. One offers classical music dinners, another one put on a pulsing rave party and there's also a floating pub. And an amphibious bus takes tourists on a sightseeing tour through the city and then drives into the river for a cruise.

The river traffic gets particularly frenzied beneath the city's bridges and at night when the landmark sites are lit up, and that's when the crash occurred last week.

The small sightseeing boat carrying 33 South Korean tourists and two Hungarian crew members sank in seven seconds amid a rainstorm after a collision with the Viking Sigyn cruise ship under the Margit Bridge, one of the seven landmark bridges in the Hungarian capital.

Nineteen people drowned, nine are still missing and only seven are confirmed survivors.

The cause of the crash is still unknown, but the captain of the cruise ship has been arrested under suspicion of "causing a mass disaster" which carries a sentence of two to eight years in prison.

It was the first of two collisions last week involving a cruise ship in Europe, and the fourth incident since October. An out-of-control ocean cruise ship plowed into a docked tourist boat in Venice on Sunday, injuring at least five people as passengers fled the much smaller vessel in panic.

The Budapest crash shows that tourist overcrowding in the Hungarian capital — and which has also hit many other popular European resort and cruise destinations, such as Venice, Barcelona or Dubrovnik — could quickly lead to tragedy.

The head of Hungary's water transport federation, Attila Bencsik, said that during the nighttime peak of river traffic, between 50 and 70 ships move at the same time on the Budapest section of the Danube.

"It has become more and more frequent that these cabin cruise ships not only arrive, dock and give the city over to the passengers, but these ships carry out sightseeing tours as well," Bencsik said.

"This would not mean accident risks if everyone follows the rules, but if every night 20-30 of these cruise ships do sightseeing trips, this increases traffic significantly and in practice the risks of an accident are also bigger. This is a fact," he added.

Budapest has enjoyed a boom in international tourism in recent years. Long-haul flights from the United States, Asia and the Middle East bring thousands of tourists a day to the Hungarian capital, a relatively affordable but history-rich European destination.

When Hungary opened up to foreign tourists after the fall of communism in the late 1980s, it was known for its casinos and fine dining. Today it's more about late-night clubbing and cheap beer drinking.

The number of nights spent by foreign tourists in Budapest hotels rose from 4.9 million in 2010 to 8.1 million in 2018, according to Hungary's Central Statistical Office.

"In the last six months, we have started thinking about this phenomenon called over-tourism," said Peter Kraft, a former Hungarian government tourist secretary and now CEO of a tourism investment company in Budapest. "We are full of tourists which personally I'm happy about."

"Budapest is an outstanding destination in terms of value for the money," he said, adding that one way to tackle tourist over-crowding could be higher hotel prices and services.

"We should start thinking not about the numbers, but the quality," he said.

Immediately after the crash, authorities significantly shortened river sightseeing cruises to avoid disturbing an ongoing search operation at the site of the crash beneath the Margit Bridge. The collision has turned away many tourists from making those boat trips.

Christine Ratcliffe from England said she decided to take it anyway.

"I felt perfectly safe. For years and years it has been operating. It was one of those unfortunate accidents," she said.