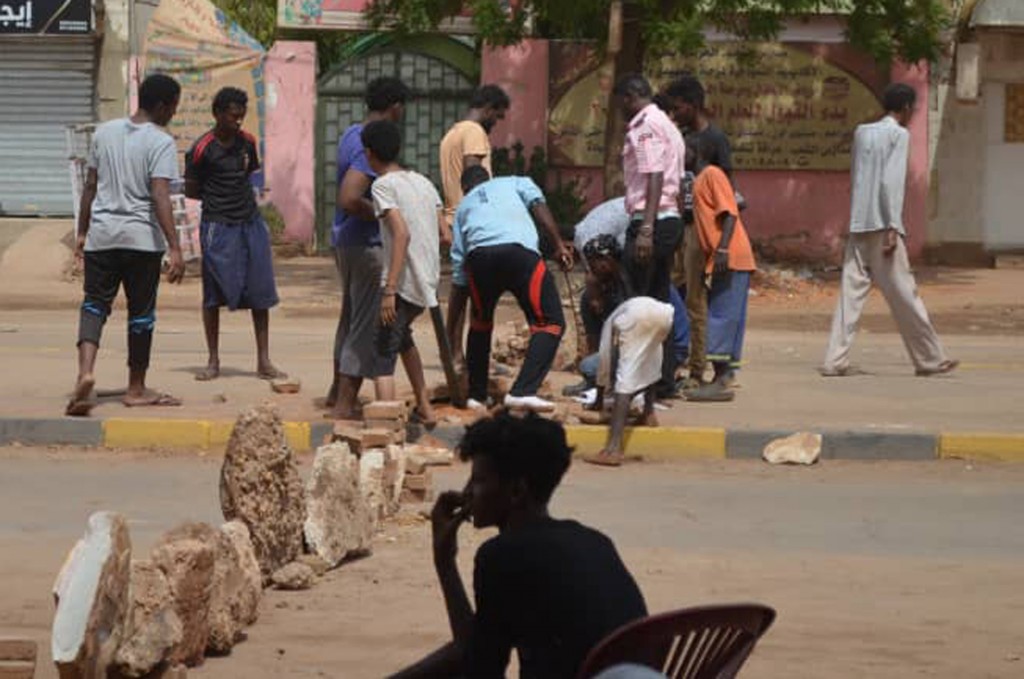 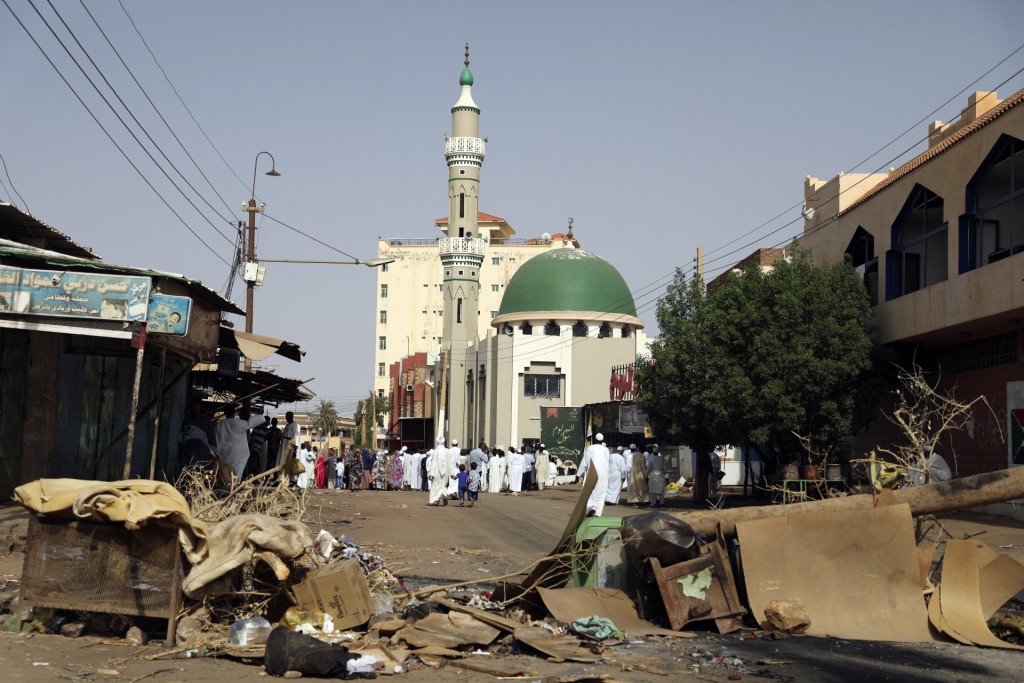 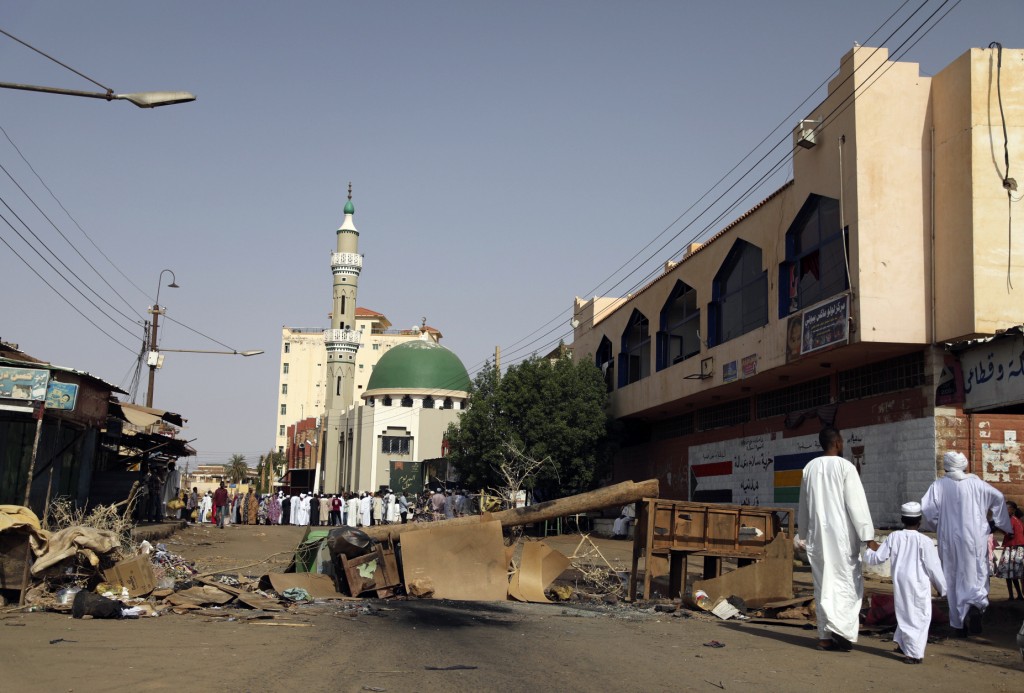 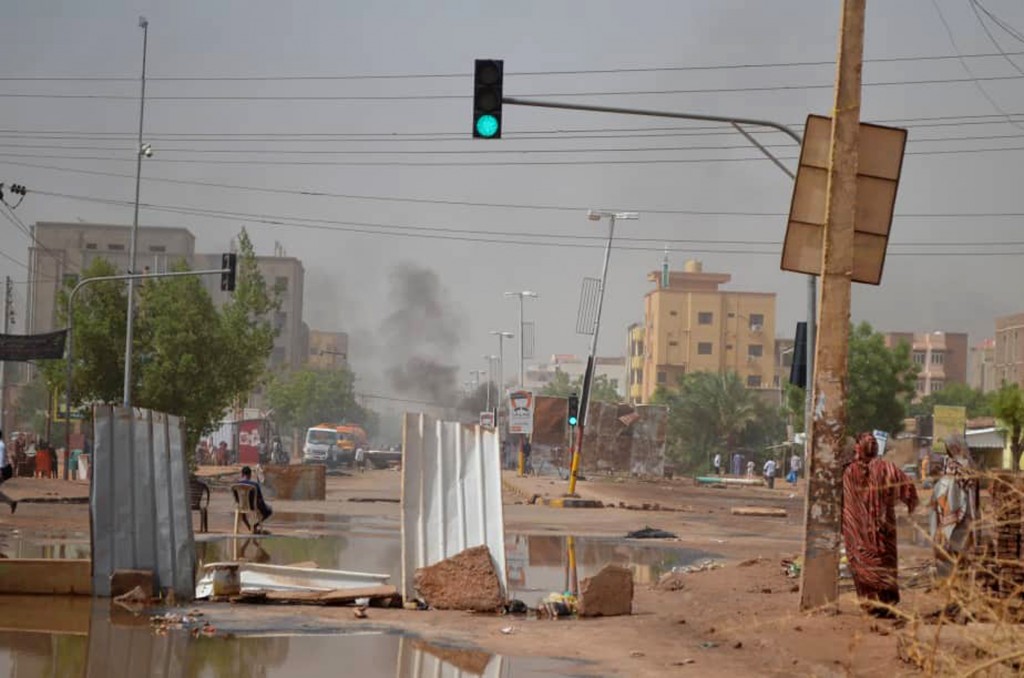 KHARTOUM, Sudan (AP) — Sudan's pro-democracy movement vowed Thursday to press its campaign of civil disobedience until the ruling military council is ousted and killers of protesters are brought to justice, as security forces fanned out across the capital and appeared to thwart any new demonstrations.

The African Union, meanwhile, suspended Sudan from all activities "with immediate effect" over the deadly military crackdown on protesters that left 108 dead this week. It threatened "punitive sanctions" if the military does not quickly hand over power to civilians.

The crackdown marked the start of a violent new chapter in the uprising that began in December and led to the military overthrow of President Omar al-Bashir in April. The protesters had remained in the streets while holding talks with the military to demand a handover of power to civilians. Those negotiations were suspended after the violent dispersal of the main sit-in outside the military headquarters in the capital, Khartoum, on Monday.

The Sudan Doctors' Central Committee, one of the protest groups, said Wednesday that troops were seen pulling 40 bodies of people slain by the security forces from the Nile River in Khartoum and taking them away.

It said Thursday that more bodies had been pulled from the river, without giving an exact number. The committee said it was not known where the bodies were taken. It also said more than 500 protesters have been wounded in the crackdown, and that three children were among those killed.

Sudan's military-controlled Health Ministry disputed the death toll, with the ministry's undersecretary, Soliman Abdel Gabbar, saying only 61 people died in this week's violence. He said those include 52 killed in Khartoum, and that only two corpses were pulled from the Nile.

Clashes have erupted in other parts of the country as well. The Sudanese Professionals Association, which has been spearheading the protests since December, said security forces have attacked demonstrators in more than a dozen cities and towns, in some cases beating, killing and raping civilians. The SPA did not provide further information about the attacks.

The group urged people to block main roads and bridges to "paralyze public life" across the country.

"Our success depends on our full adherence to peaceful protests, no matter how hard the criminal militias seek to drag us into violence," the association said Thursday.

Hundreds of armored vehicles of the paramilitary Rapid Support Forces could be seen across the capital. The paramilitary force grew out of the Janjaweed militias used by al-Bashir's government to suppress the Darfur insurgency in the early 2000s, a scorched-earth campaign that led to his indictment by the International Criminal Court on charges including genocide.

Barricades erected earlier this week by protesters near the site of the dispersed sit-in were removed and roads were opened. Most stores were closed and few people were seen on the streets.

Gen. Abdel-Fattah Burhan, the head of the ruling military council, has called for a resumption of negotiations with the protest leaders, which they have rejected.

"All members of the military council belong to the old regime, and that is why we are betting now on lower-rank officers," said Amal al-Zein, an activist and a leader of Sudan's Communist Party, part of the protest movement.

"We are hoping patriotic policemen and military officers will act to protect the Sudanese people," she said, implying they might overthrow their superiors.

The military and protest leaders had spent weeks negotiating the makeup of a transitional council meant to run the country until elections. The protesters demanded civilians dominate the council, which the generals resisted.

After the crackdown, the military suspended the talks and canceled all agreed-on points. It said it would form a government and hold elections within seven to nine months.

From Ethiopia, the African Union's Peace and Security Council said Sudan's suspension will remain in effect until "the effective establishment" of a civilian-led transitional authority, calling it the only way of exiting the crisis.

The council said it would impose "punitive sanctions" if Sudan's ruling military council does not hand over power to civilians, and called for "the immediate resumption of negotiations, without pre-conditions, between all Sudanese stakeholders."

The council is in charge of enforcing union decisions, somewhat similar to the U.N. Security Council.

The suspension deprives Sudan's ruling military council of international legitimacy, according to Amani Africa, an independent think tank based in the Ethiopian capital, Addis Ababa. The United Nations, European Union and other bodies are expected to take their cues from the AU's action.

In practical terms, Sudan now cannot participate in any AU meeting and any AU financial or other support will cease, the think tank said, though Sudan's peacekeeping obligations are expected to continue.

The AU has suspended countries in the past over what were considered unconstitutional changes of government, including Egypt, Burkina Faso, Mali, Madagascar, Mauritania and Niger. In certain cases, a suspension can last for years. No other country of the 55-member continental body is currently suspended.

The AU could take further steps, imposing sanctions and calling on the U.N. to do the same, the think tank said.

The chairman of the African Union Commission, Moussa Faki Mahamat, earlier this week strongly condemned the violence in Sudan and urged the military "to protect the civilians from further harm."

In Moscow, a top diplomat said Russia, which has largely stayed on the sidelines of the crisis in Sudan, opposes "any foreign intervention" and believes a compromise is needed.

Mikhail Bogdanov, chief of the Foreign Ministry's Middle East desk, told local news agencies that Russian diplomats are in touch with all political players in Sudan, including the opposition. Bogdanov visited Khartoum earlier this year.

ElHennawy reported from Cairo. Associated Press writers Nataliya Vasilyeva in Moscow and Cara Anna in Johannesburg contributed to this report.