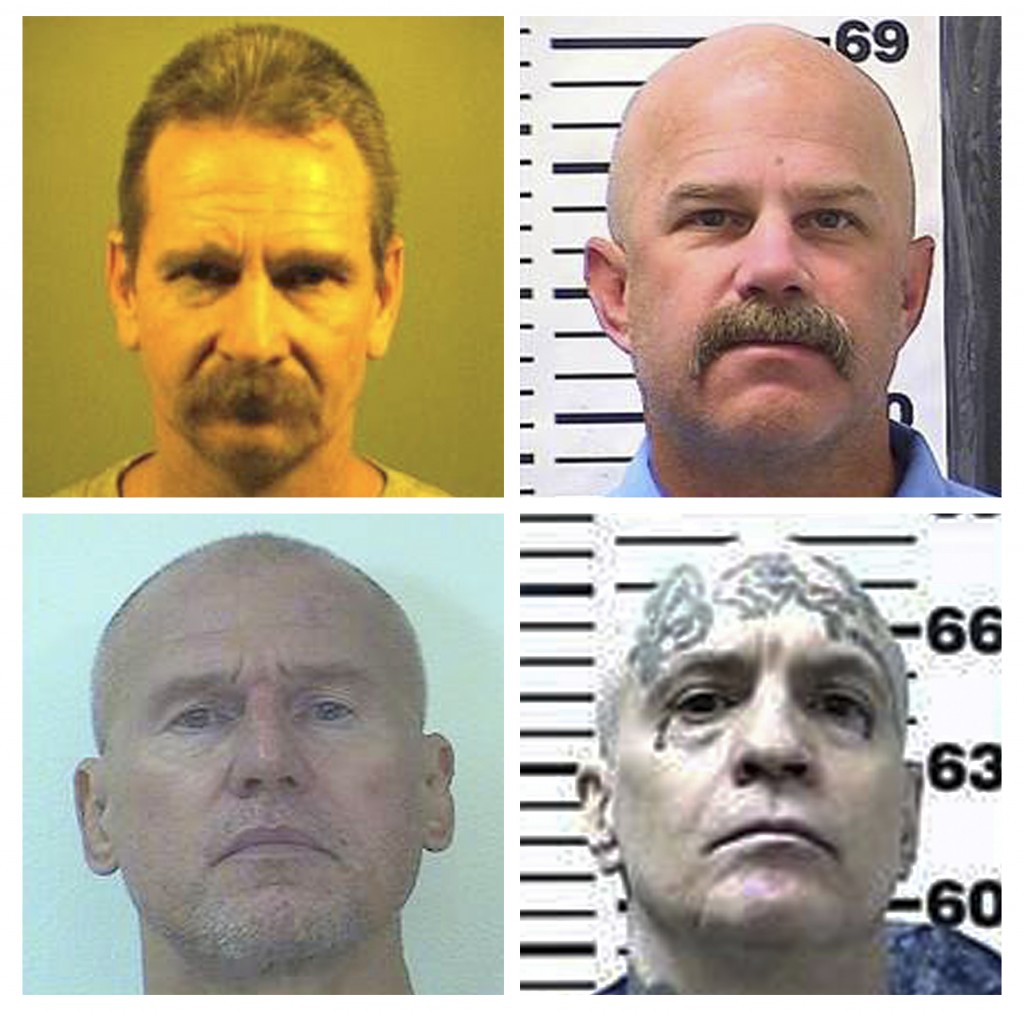 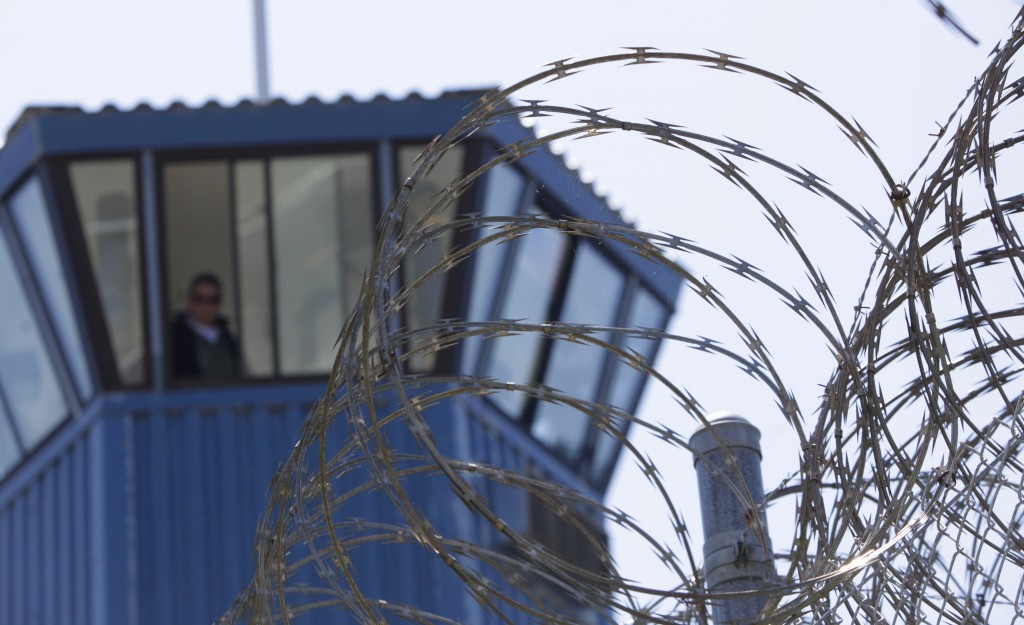 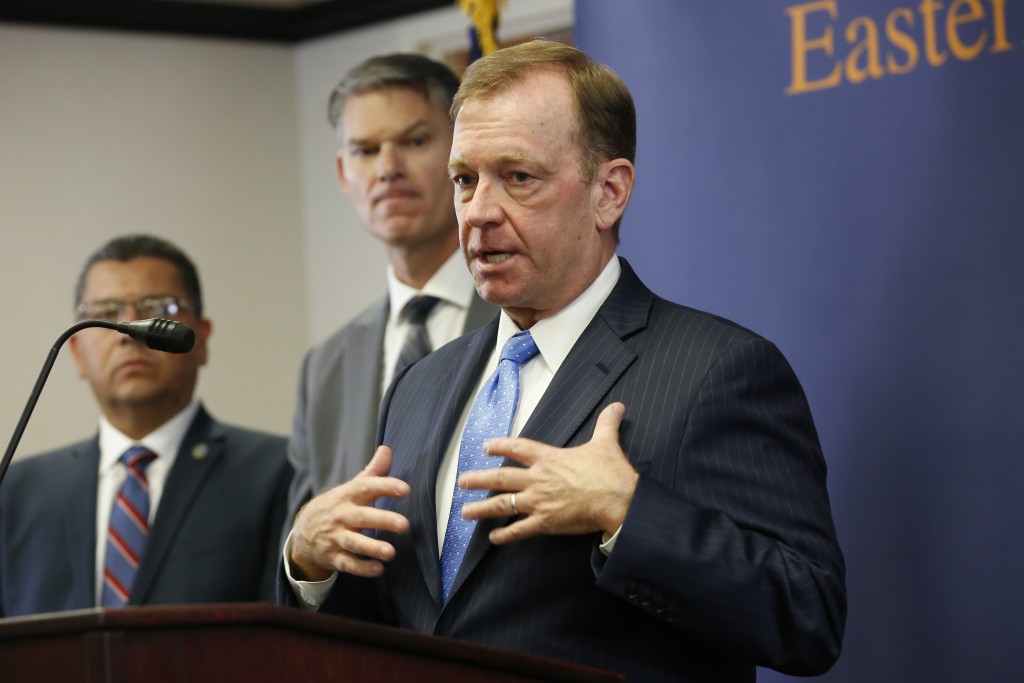 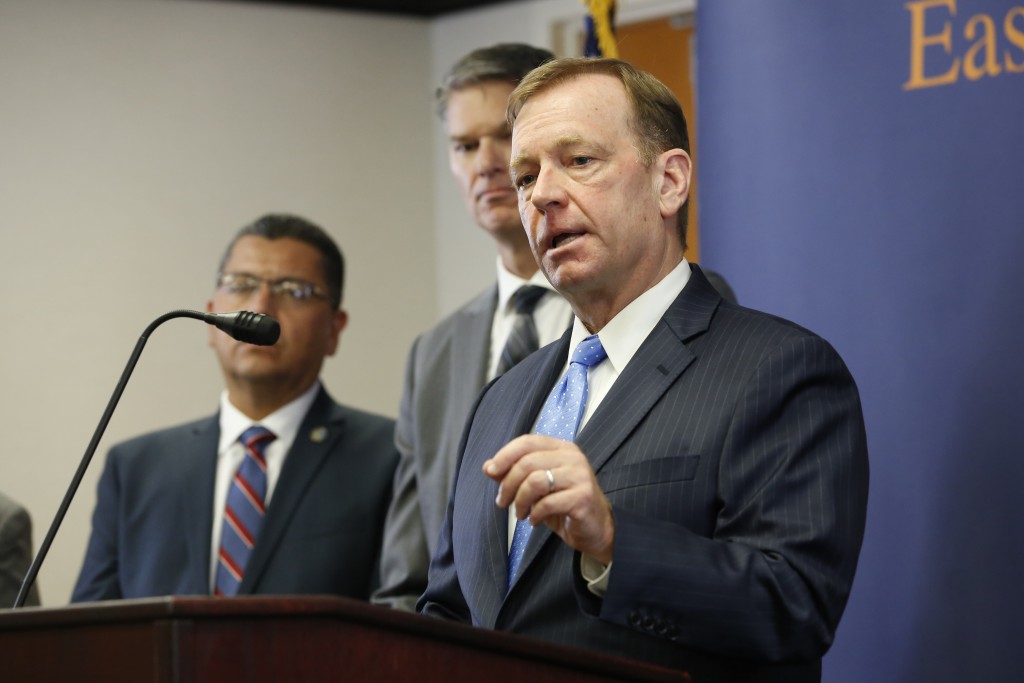 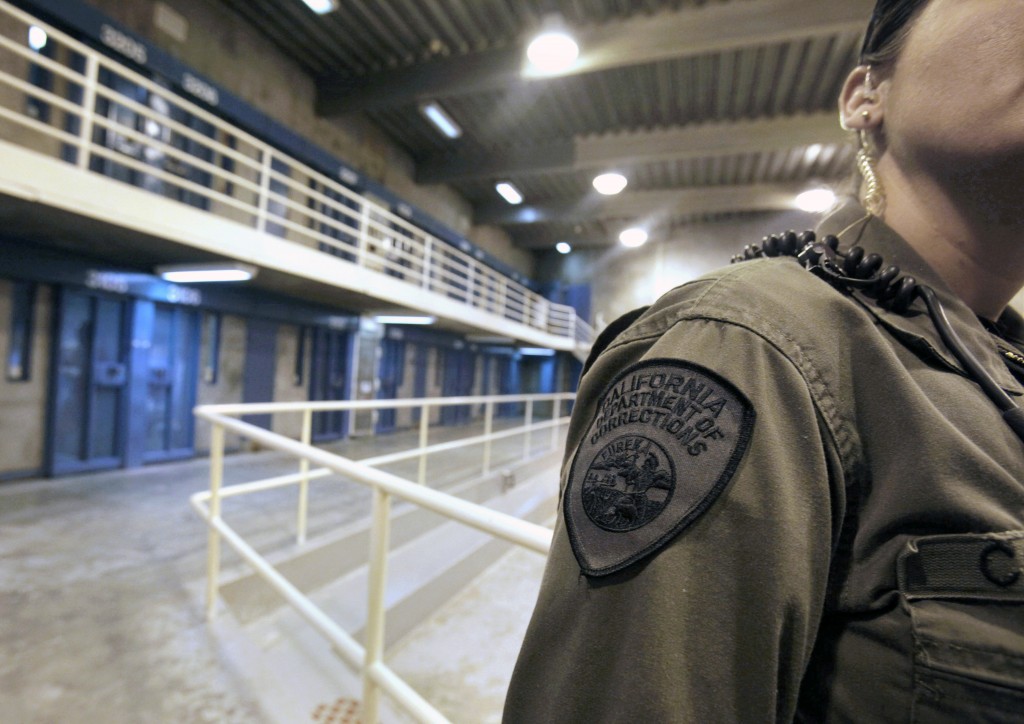 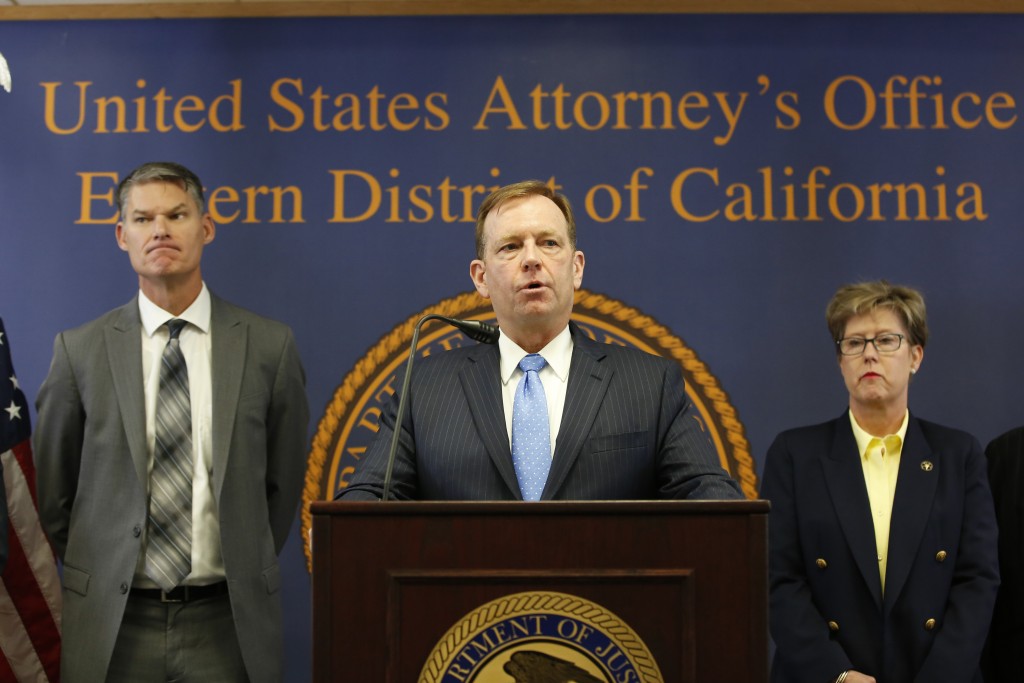 The charges detail five slayings and accuse an attorney of helping smuggle drugs and cellphones to aid the white supremacist gang.

Among them are nine current inmates charged with racketeering, conspiracy and other charges, and seven people outside prison accused of assisting the gang in activities in Las Vegas and as far east as Missouri and South Dakota.

"What started as a seemingly simple drug buy on the streets of Sacramento led us into the dark, nasty and brutally violent underbelly of the California prison system," said Christopher Nielson, local special agent in charge with the U.S. Drug Enforcement Administration. "Notoriously dangerous inmates aren't necessarily thwarted by prison walls."

Sacramento-based U.S. attorney McGregor Scott called the charges "a very significant setback for one of California's most notorious prison gangs."

Prosecutors said one victim was a longtime leader of a rival black gang, killed just days after he was released from decades of solitary confinement. The other four were Aryan Brotherhood associates, killed for not following the rules.

Despite its racist philosophy, the Aryan Brotherhood had a drug smuggling partnership with the Mexican Mafia, prosecutors said.

Among the inmates charged is Daniel "Danny" Troxell, 66, a convicted killer serving a life sentence who was known for writing a federal complaint in 2009 that eventually led California to curb the use of solitary confinement.

He formed an unusual cease-fire alliance with leaders of other blood-rival gangs to promote the complaint. It eventually led to hundreds of gang members and associates being released back into the general prison population, where investigators say some committed new crimes.

Prison officials said it's difficult to keep up with the changing tactics of gangs behind bars.

"The gangs evolve, their techniques evolve and they change," California Corrections Secretary Ralph Diaz said. "We will adapt and move along with them

Black Guerilla Family leader Hugo "Yogi" Pinell, a killer with ties to the 1960s black revolutionary movement, was among those released after 45 years in isolation.

Two Aryan Brotherhood associates, acting on the orders of gang leaders, killed the 71-year-old Pinell days after he was moved in 2015 to a Sacramento-area prison, prosecutors say.

Pinell became infamous as a member of San Quentin 6, helping slit the throat of prison guards during a failed 1971 escape attempt that left six dead.

Troxell and Pinell long denied being gang members. Most of the defendants did not yet have legal representation for the counts unveiled Thursday.

Yandell, serving a life sentence for a double murder, is described as one of the gang's three-member leadership commission, as is Troxell.

Macnamara, 39, did not immediately respond to an email seeking comment and the voicemail box on his phone was full.

"We have a long way to go in this case," said defense attorney Candice Fields, who represents Kristen Demar, 44, who is charged with posing as Macnamara's paralegal to help smuggle contraband.

"With all of the moving parts it is impossible to say right now how things will turn out," Fields said.

Authorities have been trying to bring down the Aryan Brotherhood — also known as The Brand — for decades.

The gang was formed by white inmates in the mid-1960s and has a policy of "blood in, blood out," holding that full members must kill to gain entry and can only leave when they die, though authorities said there are exceptions. Members who don't kill when ordered to do so risk being slain themselves.

This story has been corrected by removing the name of Todd Ashker, who is not named in the federal charges.