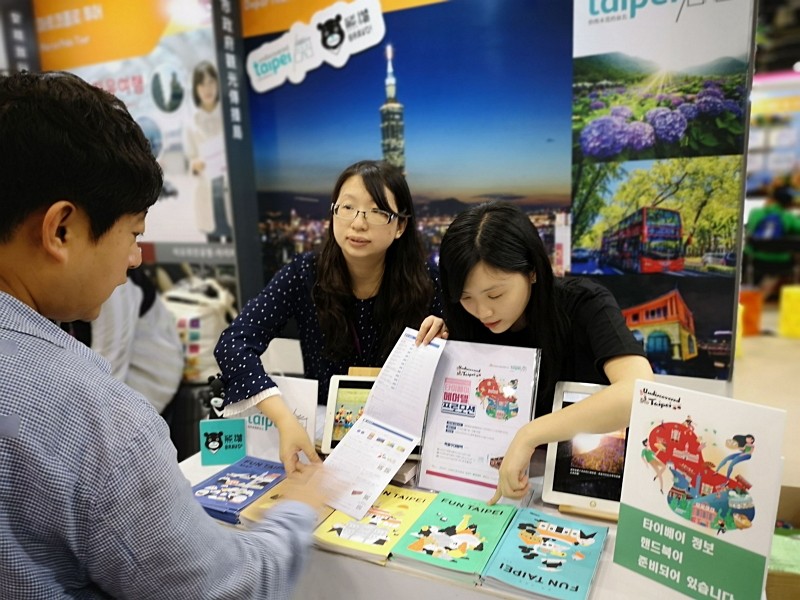 TAIPEI (Taiwan News) – The Department of Information and Tourism of Taipei City is taking part in the Hana Tour International Travel Show at KINTEX in Gyeonggi Province of South Korea between June 7 and 9 to promote “Undiscovered Taipei.”

A brochure containing information about travel in the capital of Taiwan as well as coupons valid until the end of December are being given away to visitors at the trade show. It is part of the city’s effort to boost its tourist appeal and lure people from the fourth largest inbound visitation market for Taiwan.

As an incentive, Taipei has also joined hands with China Airlines to offer a three-day flight and accommodation package starting at KRW338,300 (US$308). The first 200 individuals to book a ticket will receive presents including a Taipei Sightseeing Bus pass, a 48-hour MRT pass, and other vouchers.

According to statistics from the Tourism Bureau, the number of arrivals from South Korea has increased from 527,684 in 2014 to 1.02 million in 2018, posting a remarkable 93 percent growth.