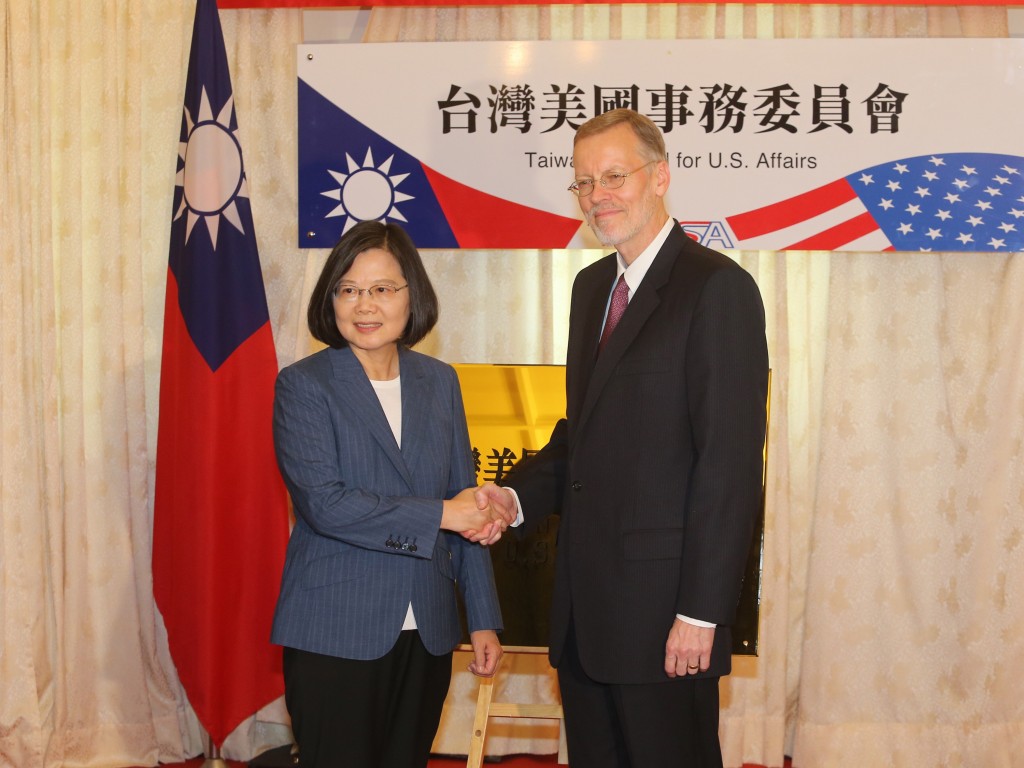 TAIPEI (Taiwan News) — Perceived as yet another leap forward for Taiwan-U.S. ties, the Taiwan Council for U.S. Affairs (TCUSA), renamed from an agency established under Taiwan’s foreign ministry to serve as a counterpart to the American Institute in Taiwan (AIT), was unveiled by top Taiwanese and U.S. officials in Taipei on Thursday (June 6).

The replacement of the name of the Coordination Council for North American Affairs (CCNAA) by TCUSA, which adopts “Taiwan” and “the U.S.”, “marked a milestone” for the Taiwan-U.S. relations, said President Tsai Ing-wen (蔡英文).

Tsai said the partnership between Taiwan and the United States has become closer compared to 40 years ago, the time when the two nations terminated diplomatic relations, and that both countries have developed mutual trust and understanding over the years.

I will “ensure that the Taiwan-U.S. relationship advances steadily” and “promote a freer and more open Indo-Pacific region,” added Tsai.

After the severance of official relations between Taiwan and the United States in 1979, the U.S. established AIT in accordance with the Taiwan Relations Act (TRA). Taiwan, as a result, created CCNAA to serve as AIT’s counterpart agency.

“We now look forward to continuing [U.S.-Taiwan] cooperation under the new TCUSA name, which better reflects the work done each and every day by this organization to deepen and strengthen our friendship, said AIT Director Brent Christensen, who delivered his remarks in the Chinese language.

The name change was announced on May 25 by the Ministry of Foreign Affairs (MOFA), shortly after Taiwan’s Secretary-General to the National Security Council, David Lee (李大維), made a trip to the United States and met with John Bolton, the U.S. national security advisor.