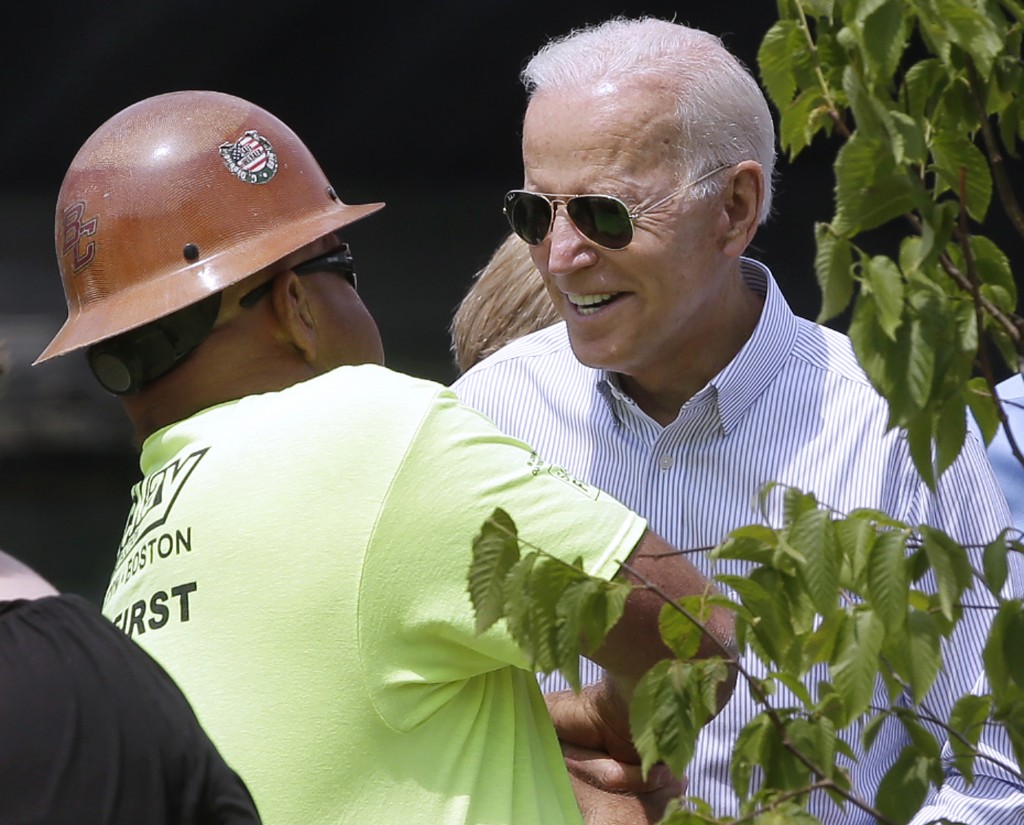 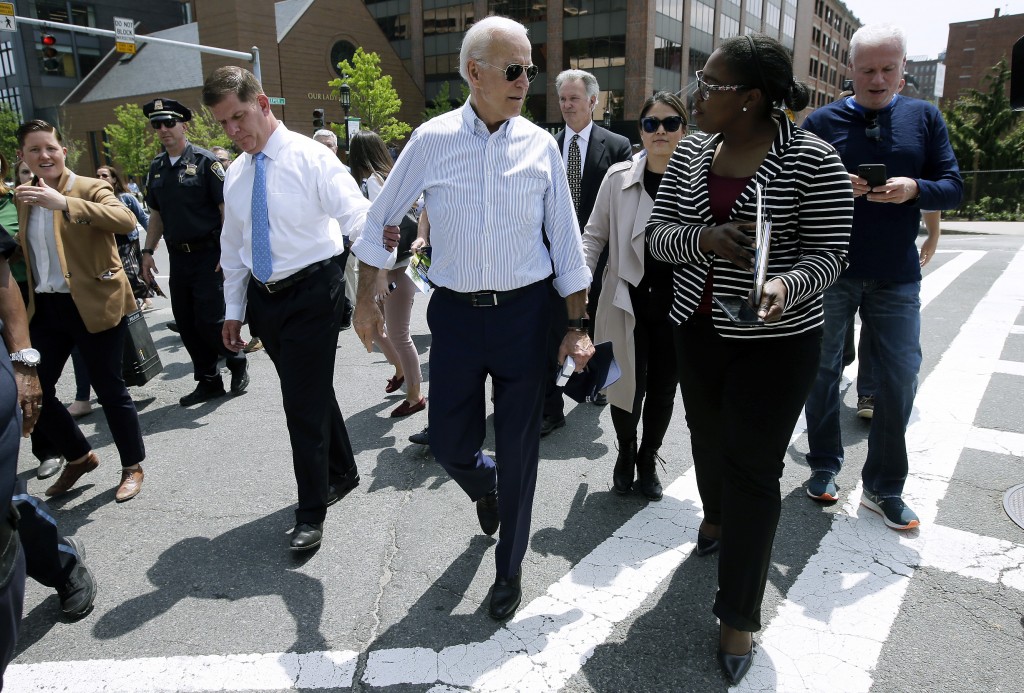 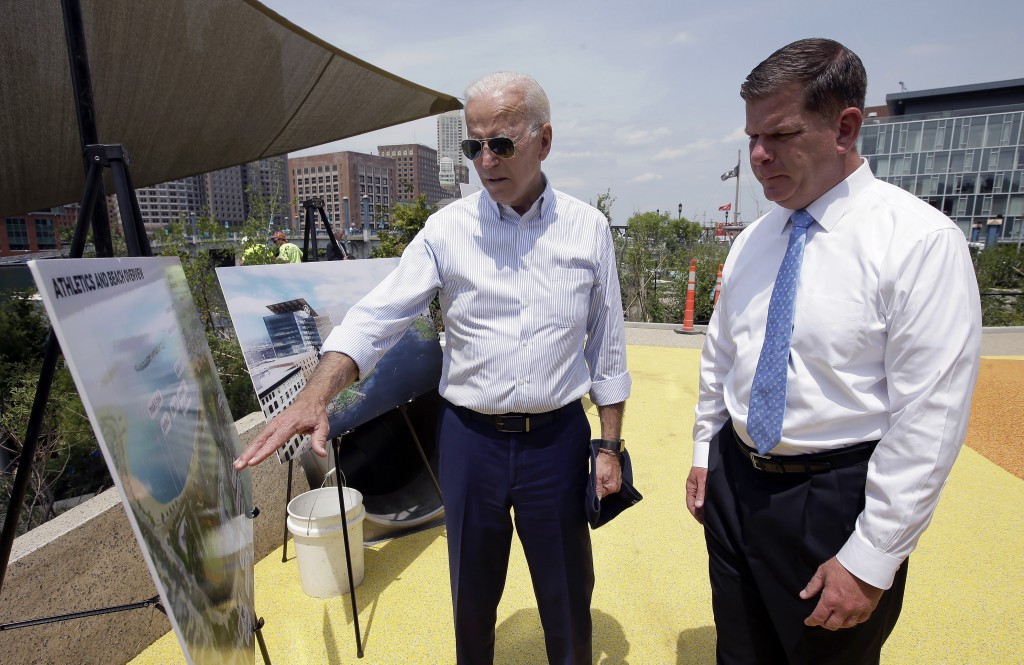 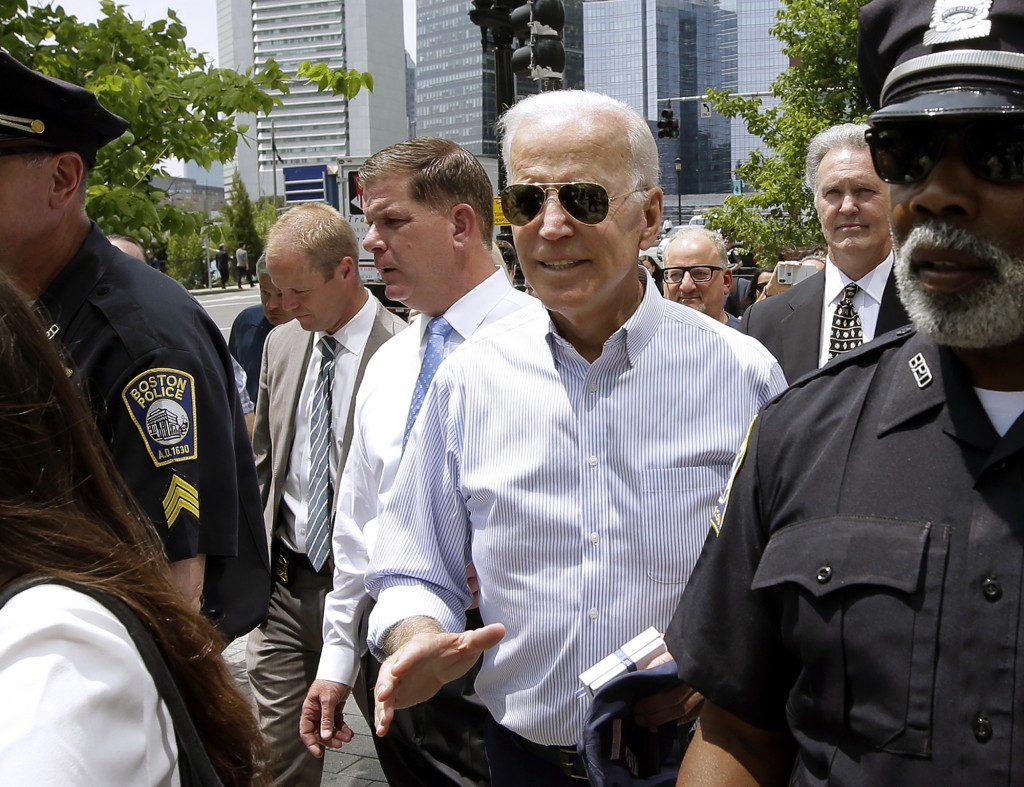 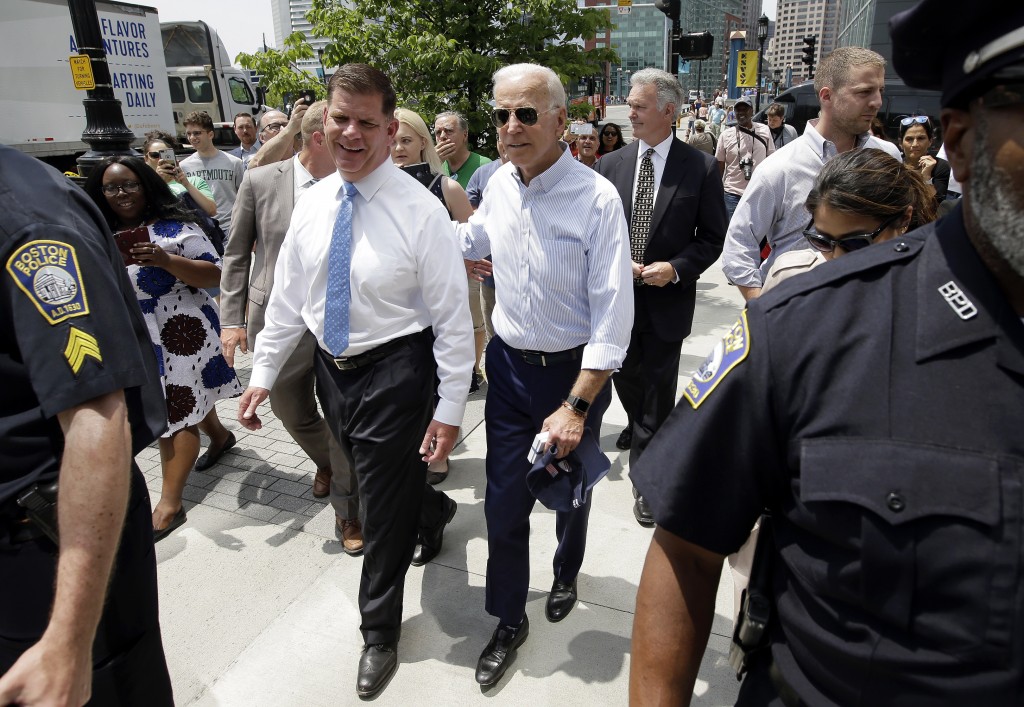 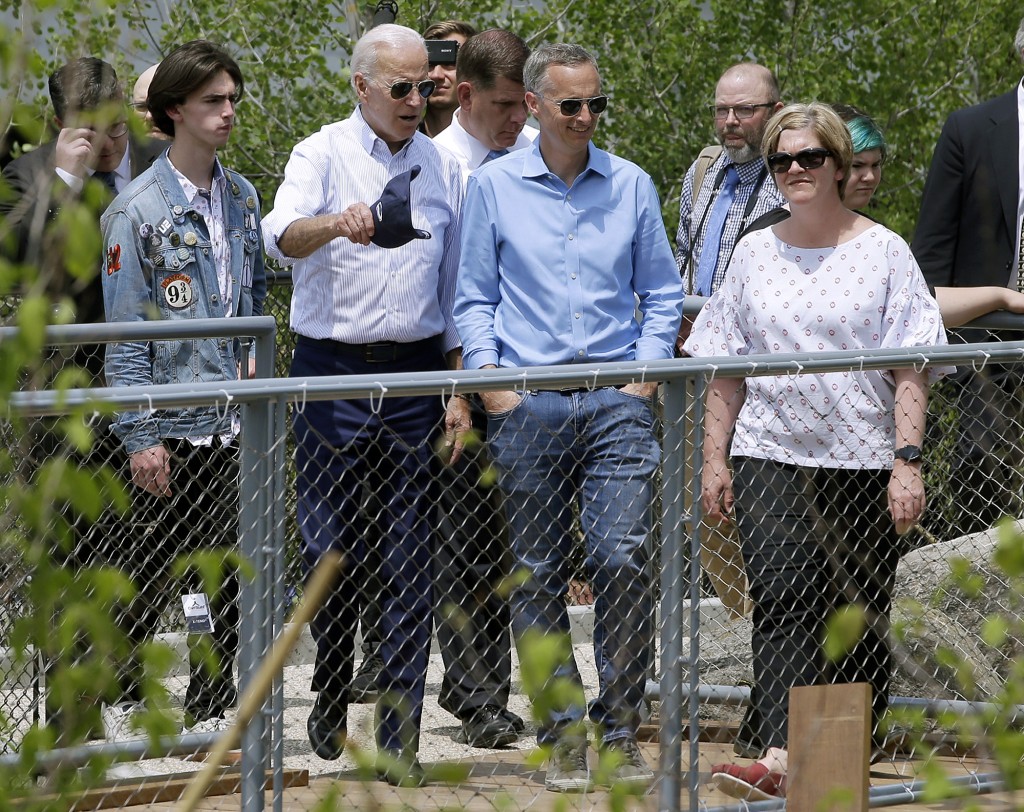 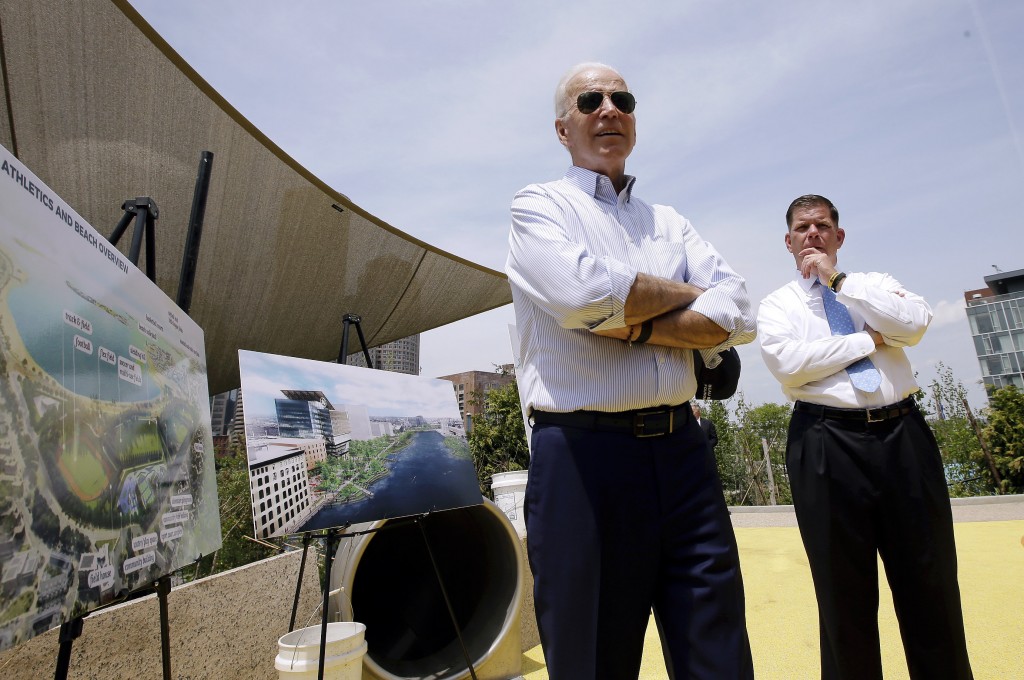 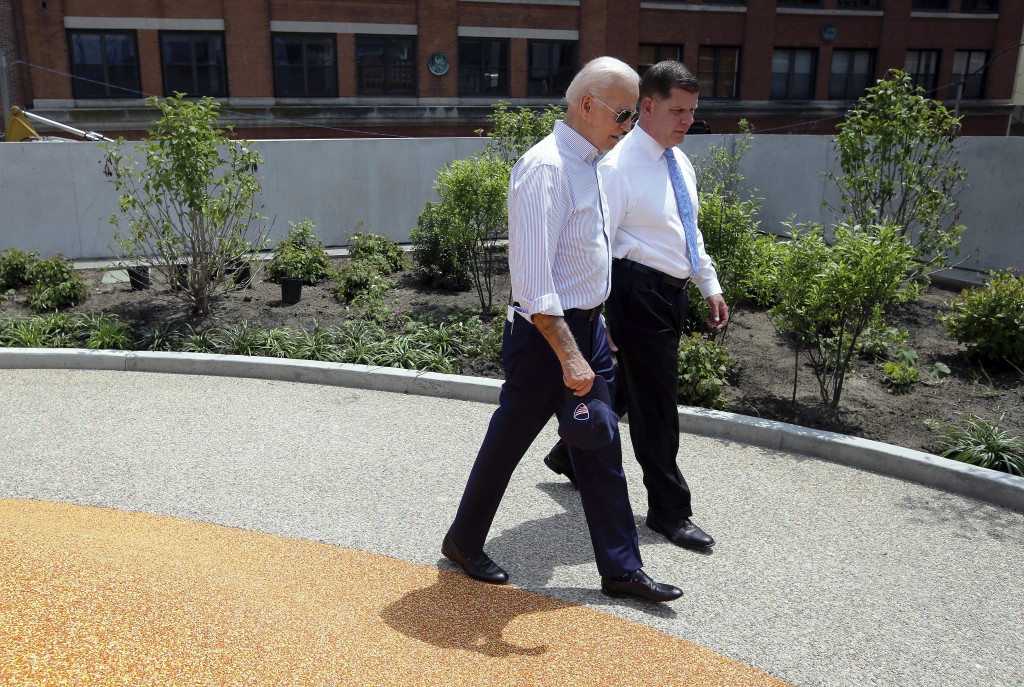 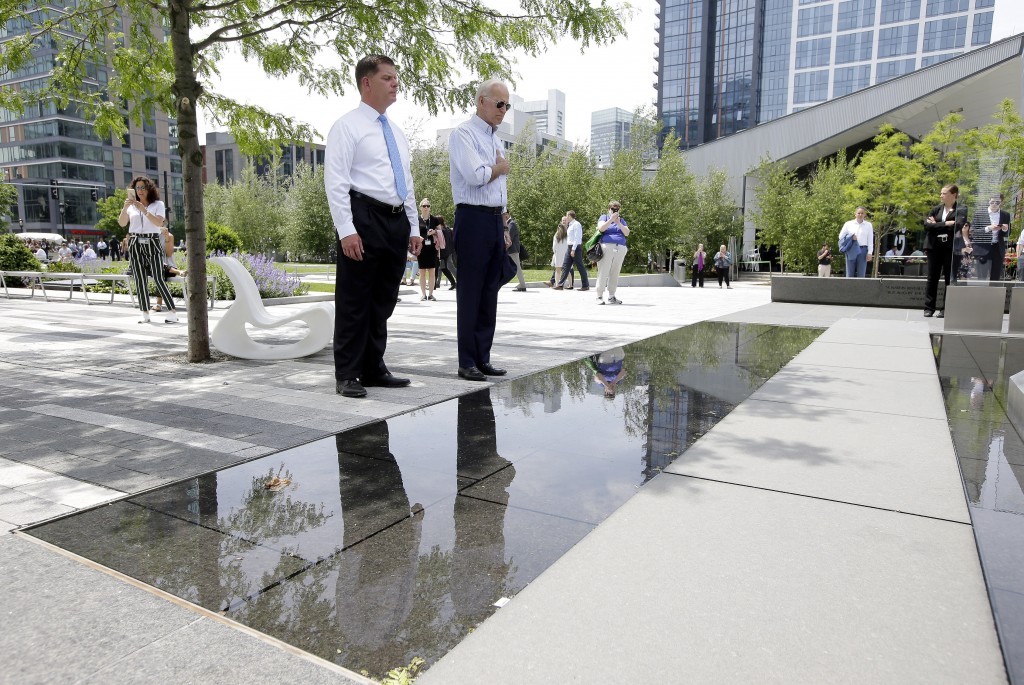 WASHINGTON (AP) — Joe Biden is under fire from his Democratic presidential rivals and women's rights advocates for his defense of a decades-old prohibition on federal money paying for abortions.

Most Democratic White House hopefuls reflect their party's latest platform calling for the outright repeal of the Hyde Amendment, which traces back to a compromise made when Biden was a young Delaware senator in the years after the landmark Roe v. Wade Supreme Court ruling legalized abortion nationwide.

But a Biden campaign spokesman said Wednesday that the former vice president supports the measure, though he "would be open to repealing it" if abortion access is further threatened by restrictive state laws, like those recently passed in Georgia and Alabama.

The hedging prompted intraparty outcry, with top Democrats reaffirming their commitment to abortion rights and scrapping the Hyde Amendment. They generally avoided mentioning Biden by name, but the pushback marked the first significant instance in which virtually the entire crowded 2020 field united to critique Biden, who has emerged as an early Democratic front-runner .

New York Sen. Kirsten Gillibrand, who has campaigned as an unapologetic feminist, tweeted "reproductive rights are human rights, period. They should be nonnegotiable for all Democrats." On Capitol Hill, California Sen. Kamala Harris told The Associated Press she was "absolutely opposed to the idea that a woman is not going to have an ability to exercise her choice based on how much money she's got."

Massachusetts Sen. Elizabeth Warren, while campaigning in Indiana, told reporters: "This isn't about the politics, this is about what's right. The Hyde Amendment should not be the law."

Biden's abortion views came under scrutiny recently after video emerged of a conversation between him and a South Carolina activist that appeared to suggest he backed the Hyde Amendment's repeal. His campaign said Biden thought the activist was asking about the so-called Mexico City rule, which prohibits U.S. foreign aid to non-American organizations that provide abortion services.

The campaign said Biden supports ending the Mexico City rule but backs the Hyde Amendment for now. That would change, it said, "if avenues for women to access their protected rights under Roe v. Wade are closed."

Biden, a Roman Catholic, has long been a supporter of the once-bipartisan Hyde Amendment, which President Bill Clinton signed into law in 1993. It bars the use of federal funds for abortion other than in cases of incest, rape or to save the life of the mother.

Biden has said in the past he agrees with his church's opposition to abortion personally but doesn't think the government should impose his views on others. After the Supreme Court decided the Roe v. Wade case, Biden originally worried the decision "went too far," though he later became a staunch defender of it.

"I've stuck to my middle-of-the-road position on abortion for more than 30 years," he wrote in his 2007 book "Promises to Keep." ''I still vote against partial birth abortion and federal funding, and I'd like to make it easier for scared young mothers to choose not to have an abortion, but I will also vote against a constitutional amendment that strips a woman of her right to make her own choice."

As a party, Democrats didn't expressly state opposition to the Hyde Amendment until 2016. The Democratic platform that year also introduced a specific mention of Planned Parenthood, as it was adopted amid a rash of Republican-run state legislatures trying to strip Medicaid financing for the women's health giant whose services include abortion and abortion referrals.

"To support the Hyde Amendment is to block people — particularly women of color and women with low incomes — from accessing safe, legal abortion," Kelley Robinson, executive director of the Planned Parenthood Action Fund, said in a statement. "As abortion access is being restricted and pushed out of reach in states around the country, it is unacceptable for a candidate to support policies that further restrict abortion."

Sen. Mazie Hirono, a Hawaii Democrat, said in an interview Wednesday that she was "very disappointed" in Biden's position and urged Democratic presidential candidates to "come together" in full support of abortion rights.